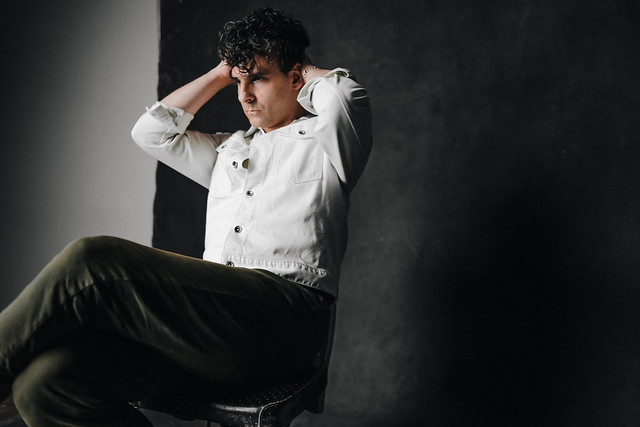 This past March, Low Cut Connie celebrated the 1-year anniversary of their acclaimed livestream show Tough Cookies, and in May released a new album to commemorate it called Tough Cookies: The Best of The Quarantine Broadcasts.

You can now see the high-energy rock ‘n’ roll act led by Adam Weiner in person at 9:30 Club on Wednesday, Oct. 13.

Low Cut Connie’s latest studio album Private Lives was praised by Rolling Stone, NPR Music, WNYC’s All of It, InsideHook, Paste Mag, Magnet Magazine, and many more including SPIN Magazine who included LCC in their 50 Best Rock Bands Right Now. NPR’s Fresh Air said, “Like Bruce Springsteen after he discovered literature, Weiner started bending classic rock to meet his ever more complex emotionalism. The result is that this new 17 track collection Private Lives is Adam Weiner’s version of Born to Run, filled with songs about losers and lovers and beautiful dreamers.”

Low Cut Connie began with 2011’s casually tossed-off Get Out the Lotion record. The record was recorded in a 3-day blitz in Gainesville, Florida, and Weiner printed 200 CD-R’s to give to friends. He sent the album to Robert Christgau, aka the Dean of American Rock Critics, who was the first to rave about what he called their “scuzzballing, resolute rock n roll”, which led to major reviews at NPR’s Fresh Air and Rolling Stone who described their wild sound as a “chugging scuzzbucket boogie.” Their song “Rio” struck a pungent chord with fans who connected with its amped-up, sexually-confused, overloaded grind.

Over the next few years, Low Cut Connie featured a revolving door of members as they barreled around America’s dive bars schlepping Weiner’s beloved 400-pound Shondra to every gig. 2012 brought the album Call Me Sylvia, featuring “Boozophilia”, which caught the ears of many radio programmers as well as President Obama, and was named in Rolling Stone’s top singles of the year. The Connie boys collaborated with renowned producer Thomas Brenneck, former guitarist of Sharon Jones & the Dap Kings, for 2015’s Hi Honey.

By Spring 2016, Weiner had assembled a tough young crew of degenerates, all living and rehearsing in Philadelphia. As the crowds at Low Cut Connie shows grew, the sound and scope of the band expanded and as Weiner says, “The tent started to throb with existential tension and orgiastic release.” He decided to try to capture the vibe quickly on analog tape at the famous Ardent Studios in Memphis, Tennessee, home of Big Star.

Private Lives and now Tough Cookies round out the Low Cut Connie discography!