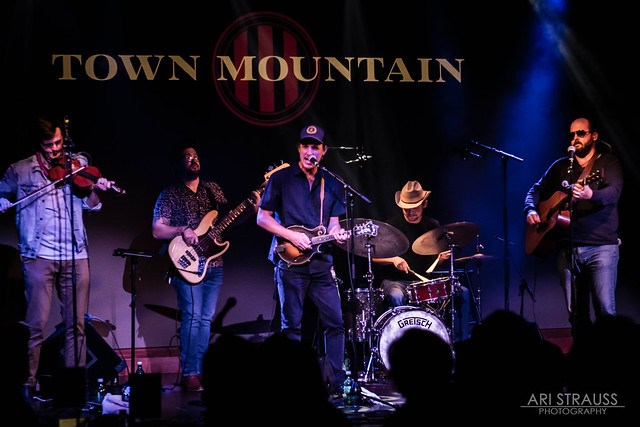 North Carolina’s Town Mountain wraps up its 2021 touring schedule with a show at DC’s The Hamilton Live, Oct. 23, 2021. (Photo by Ari Strauss)

Check out the Twitter page for Town Mountain and your find a pithy bio that reads, “Bluegrass with swagger from Asheville North Carolina!” That swagger was on display when the band wrapped up its last run of touring in 2021 with a two-hour set at DC’s The Hamilton Live recently.

On Oct. 23, a few things were different from Town Mountain’s last appearance at The Hamilton in February 2020. Most noticeably, they added a drummer to the ranks: Miles Miller from Stugill Simpson’s band. Also bassist Zach Smith left his standup bass back in North Carolina in favor of a natural-color Fender Jazz Bass.

I asked Zach about these changes after the show and he told me, “With this new record [due out in Spring/Summer 2022] about 70% is on electric, and with trying to bring drums into the mix full time, the electric makes a lot more sense. I will say, once we regroup and hone in our sound system, I plan on using both in our live shows.”

I asked if this means Miles will become a permanent fixture in the group’s lineup and Zach said, “Miles plays with us when he can. He played on the new record as well as the last one, New Freedom Blues, and we will take any chance to play with him that we get.” 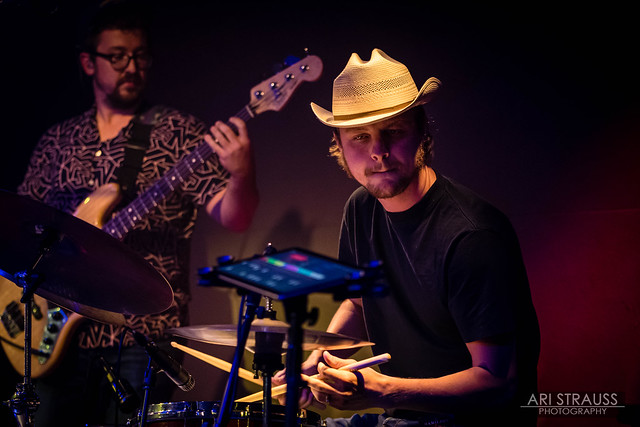 Listen to New Freedom Blues by Town Mountain on Spotify.

Noticeably absent from The Hamilton Live show was Jesse Langlais on banjo. Phil Barker (mandolin) mentioned during a break between songs that Jesse was back home in North Carolina with his wife who was due to give birth, “any moment now.” Phill added, “We’re sending good vibes down to Jesse and his family.”

Based in Asheville, North Carolina, Town Mountain is Robert Greer on vocals and guitar, Jesse Langlais on banjo and vocals, Phil Barker on mandolin and vocals, Bobby Britt on fiddle, Zach Smith on bass, and (when he can) Miles Miller on drums.

Encore:
The Race is On
Orange Blossom Special

Enjoy some photos from Town Mountain’s Oct. 23 show at The Hamilton Live. All images courtesy of and copyrighted by Ari Strauss. 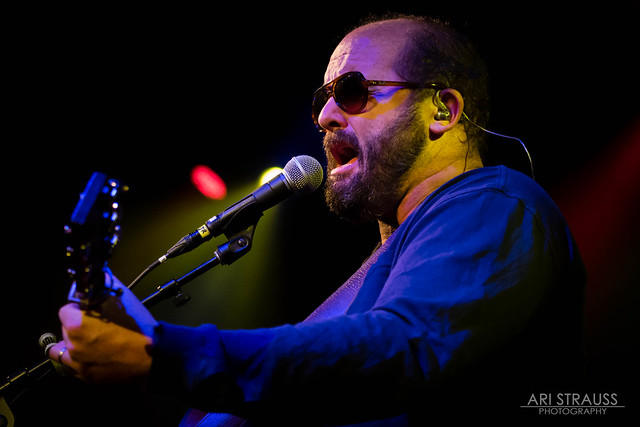 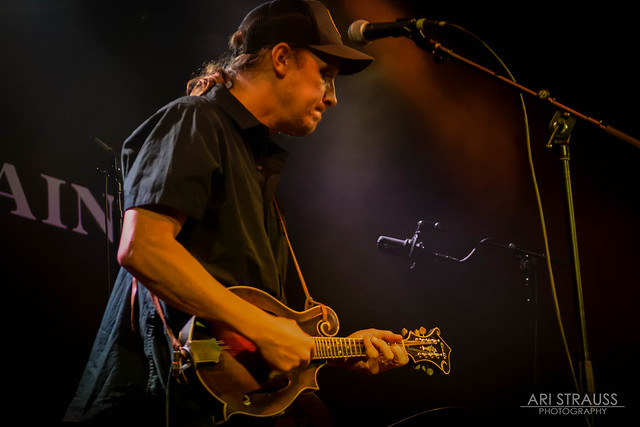 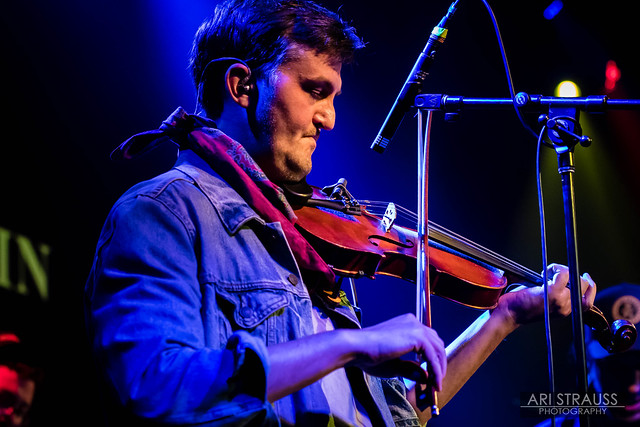 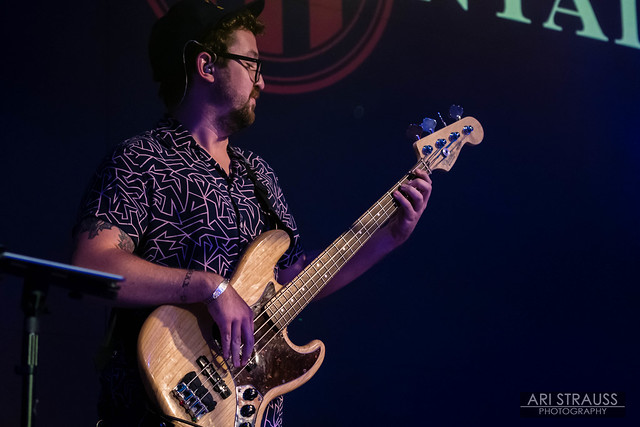 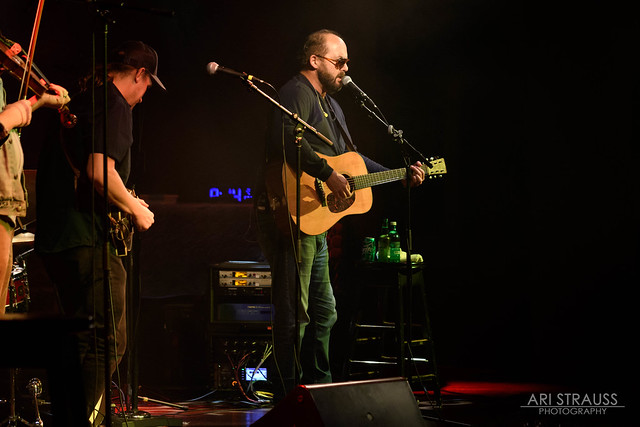 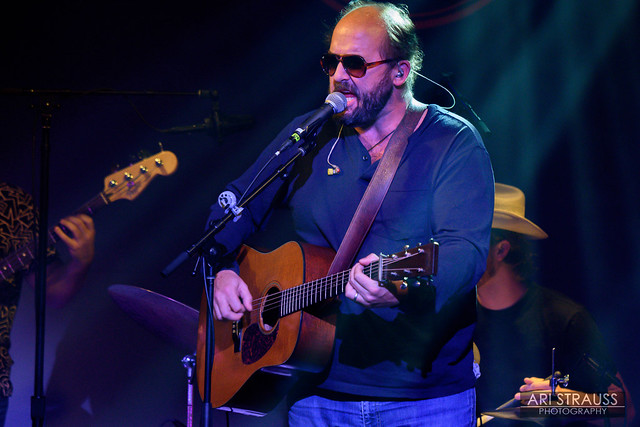 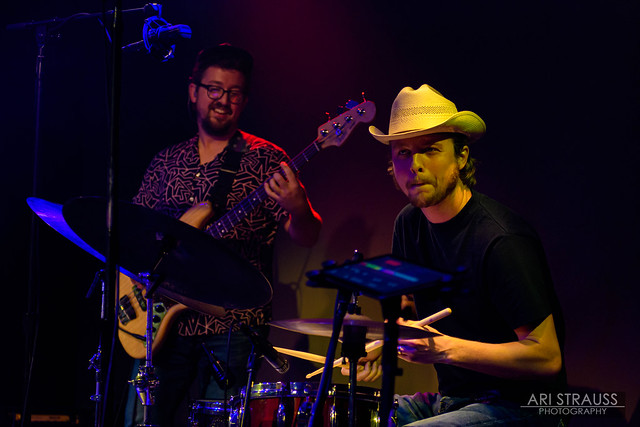 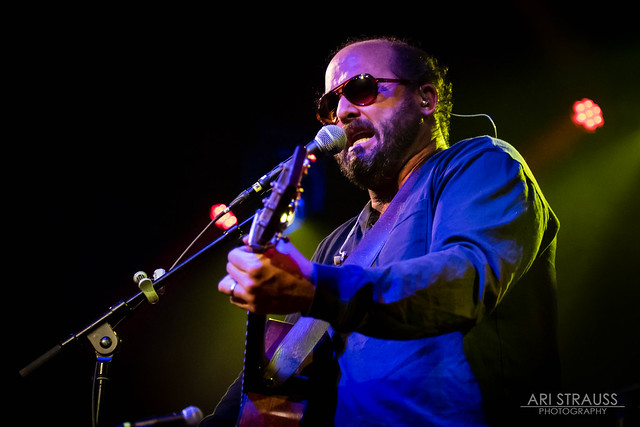 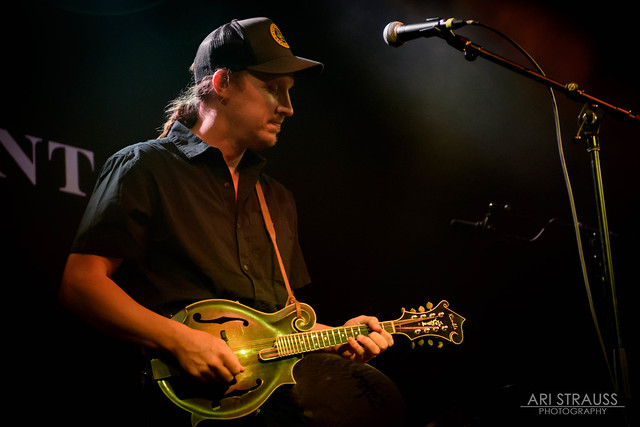 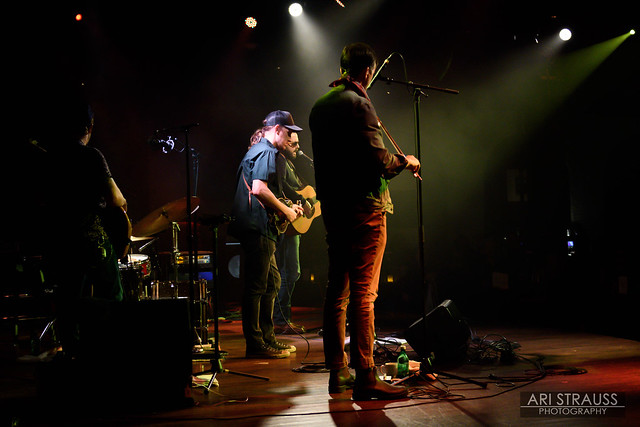 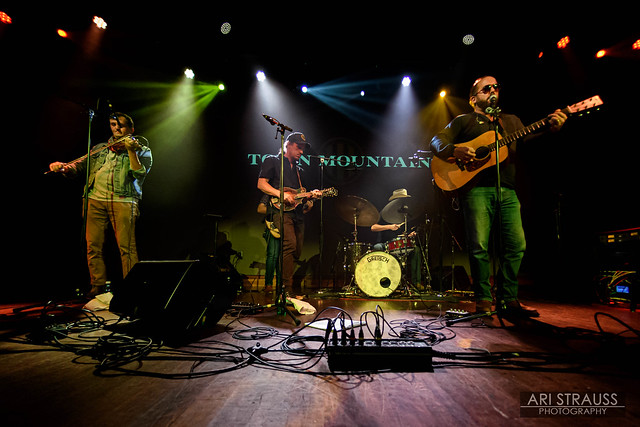 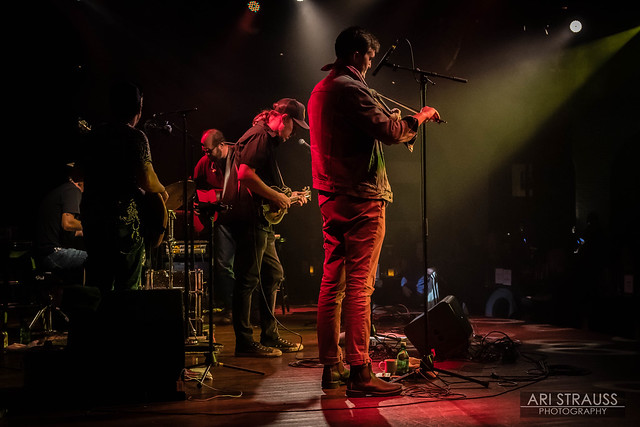 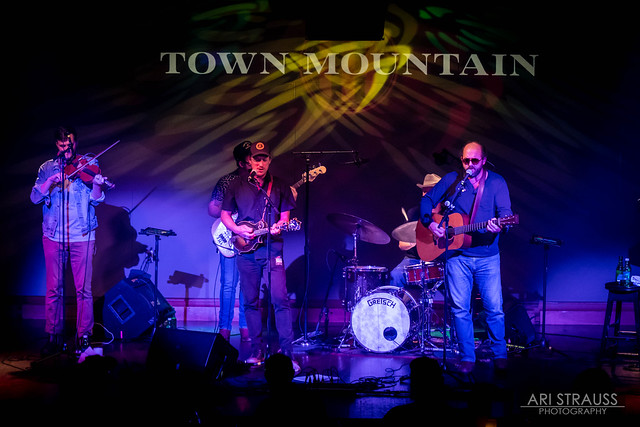