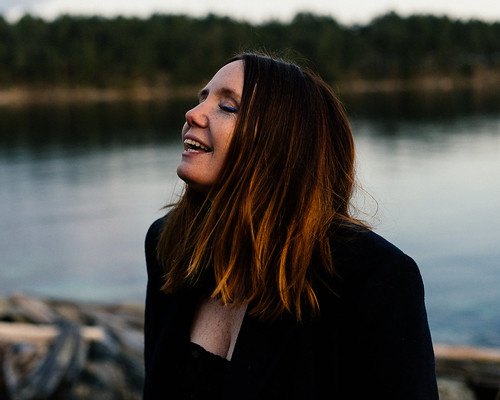 Following huge acclaim for her 2020 album U kin B the Sun, Vancouver Soul-Americana artist Frazey Ford is set to take the album on tour for the first time since its release. She appears at Pearl Street Warehouse in DC on Sunday, Oct. 31!

Recently, Frazey shared a stirring new music video for the title track, “U kin B the Sun.” Directed and conceived with Brian Lye and artist/bandmate Caroline Ballhorn, Frazey set out to visually represent the connections between the cosmos, the sun, the land, the sea, and humans. Shot using vintage film lenses and employing all analogue visual effects, the video feels like the album is having an out-of-body experience, taking on three dimensions and reflecting on the world around it.

Frazey said: “’U Kin Be the Sun’ explores the vast and eternal within us, the reoccurring ancient mythology of the individual as the universal, as light, as the sun. Shot on location on Gabriola Island, British Columbia, traditional territory of the Snuneymuxw nation. The moonscape sandstone caves, lush rainforests and the ocean itself, serve as hypnotic and reverent imagery, the transcendent experience of communion with the natural world. Paper animation weaves between the dimensions of reality, of self, of the natural realm, and the cosmos.”

Watch the official music video for “U kin B the Sun” by Frazey Ford on YouTube:

At turns ecstatic and heavy-hearted, gloriously shambolic, and deeply purifying, the new album has been praised as “her best yet” (The Times) for its “dramatic and rather dazzling” (Uncut) blend of Ford’s mesmerizing vocals and percussion-soaked grooves. Having amassed a vast global fanbase over the course of her lustrous career, many have yet to experience the new album live. But now you can at Pearl Street Warehouse!