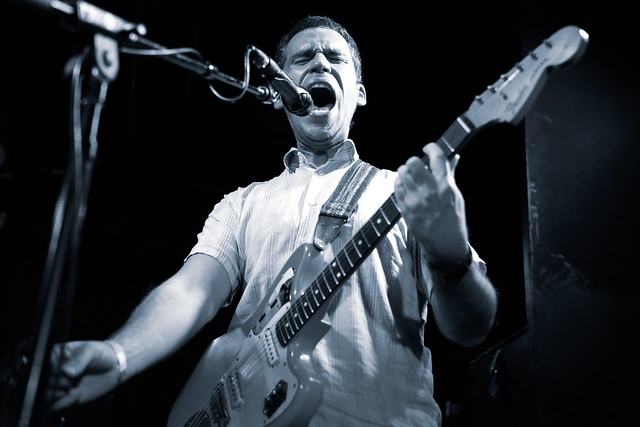 Andrew Savage leads Parquet Courts during a performance at Ottobar in Baltimore on Oct. 30, 2021. (Photo by Casey Vock)

These days there really aren’t too many bands that can flourish or even survive without a social media presence, as platforms like Instagram and Twitter are undeniably essential platforms for connecting with fans and promoting material.

Try to convey that to Parquet Courts — an indie band based in Brooklyn that has barely lifted a finger on social media since forming back in 2010. Without a single Tweet, and only two IG feed posts of questionable authenticity — is that even an official handle? — Parquet Courts has dismissed the importance or even any practical use for the apps that countless humans spend hours engaging on their smartphones.

It’s all rooted in a drive to be self-sufficient, to control their own destiny — a possession to craft homemade music and a passion for perpetuating their own creative vision.

Watch the official video for Parquet Courts’ 2021 release “Walking at a Downtown Pace” via the band’s YouTube channel:

These views have been shared publicly and unabashedly by both singer and guitarist Andrew Savage and fellow singer, guitarist and keyboardist Austin Brown, the two individuals who met in Texas and formed the band before moving to New York City, an intentionally decided departure from the Lone Star State.

And despite their lack of facetime or chummy interaction with fans, most of whom accepted long ago there would be none such, Parquet Courts has become one of the most talked about bands from New York, regularly selling out venues wherever the quartet goes, even with little digital promotion or non-existent media coverage.

Well, somehow, word got out that Parquet Courts would be in Baltimore last weekend, and — wouldn’t you know it? — all tickets were sold.

On tour to promote the band’s seventh full-length record, Sympathy For Life, it was the third time Parquet Courts has taken the stage at the North Howard Street venue, and if you weren’t familiar with their group demeanor or mojo, you might have wondered if they wanted to be there in the first place.

But Andrew moved to the back of the stage, lit up a chunky stick of incense, wafted a big whiff, and then flashed a serious but approving gaze to the rest of the band — including bass player Sean Yeaton and drummer Max Savage, his brother — and that seemed to be the indication that the night could in fact proceed as planned.

Starting off with “Application/Apparatus” from the new album, which was released the week of the show, shoulder-to-shoulder fans were given a taste of the dance party-inspired, multi-directional sounds that Sympathy for Life showcases. Perhaps recalling some of the proto-punk sounds Andrew had created in a previous band, Fergus & Geronimo, this track used a peculiar combination of keys, drums and bass to find an eccentric groove while his unconventional monotony led the audience on a contemplative look into the future where we rely on everything but our own instincts.

While the words aren’t delivered with quite the same thrust as some of the band’s more popular hits, the lyrics seemed to successfully set the tone for a band that rejects social conformity at every angle and is highly cynical of pack mentality:

“Apparatus subject to an engine’s will
Arrow pointing digital light to a field
Time and distance factored into everything
Cop rehearsal, say what you were told to say
Mass migration, occupying forces stayed
Satisfaction rating advertised with pride
Rebel soldiers, freedom fighters some would say
Charging cable offered as a sign of peace
Waiting for a stranger on a crowded street
Urban living standards rising constantly
Western cities, people driving orderly
Phone card hustle, calculation constantly
Friendly speaker tells me, “In a thousand feet”
5G signal, guides my hands to shift the gears
Grim reminder, war cannot be truly fled
Worker status on the dash for all to see”

“Light Up Gold II,” from the 2013 album using this song title in its name, launched the crowd into a frenzy — bodies bouncing, bottles spilt, booze flung into the air — as Sean and Max demonstrated just how crucial rapid-fire bass and drum lines are to the band’s signature sound. A high-energy, head banging track, this track’s use of group vocals helped amplify its chorus, met by wild cheers from fans, some who’d flown from as far as Colorado to get real eyes on these ghosts of social media.

An early standout from the new record, “Walking at a Downtown Pace” is a soaring buzzsaw of a track right out of the gate, and it quickly gave way to Andrew injecting an elongated, perfectly disruptive chord into the composition as it wheeled and pressured more people to let loose on the floor.

Emotionless in expression, focused on his plan of attack, with sharp, legible penmanship on his notes, Andrew is Parquet Courts’ main songwriter but has been portrayed as borderline smug in some articles. However, that could very well be a misinterpretation of his determination, which appeared so firm at Ottobar that even the most seasoned PC fans might have felt outside to his process. Showing limited evidence of enjoyment, Andrew was at his most expressive when he let his words fly, his mouth opening wide as proof of the effort to project it with enough force but just flat enough. He might have been his most emotional when yanking well-known chords from his Fender Jaguar and his Fender Mustang, pulling the instruments up to his ear for a closer listen, later in the night banging one off a column to enhance distortion. He moved to a mini-Wurlitzer piano and played a melodica at different points in the set. Taking over the room with his confounding charm, he was at his very best during “Freebird II” from 2018’s Wide Awake.

Surrounded by fortress of keyboards and other equipment, Brown was as dynamic as his reputation suggests — using the keys to usher in sounds both familiar and maybe even foreign via some of the newest songs, picking up the electric guitar to wail the crowd into hypnosis and even taking the mic to lead vocals or match Andrew’s. Austin’s long hair and glasses given him added post-lockdown character, and his intense focus mirrored Andrew’s. In a recent interview, Brown revealed some of the influences for the new album, such as his own relationship with dance music, the work of the band Primal Scream, the Black Lives Matter movement and more.

As casual as you could ask a musician to be, Yeaton is wildly entertaining bassist, churning hyper-rubbery notes while spinning his head at a dizzying rate, flinging his hair back and forth, letting the music take over his body just like any old ticketholder. A terrific example of the new album’s exploration into uncharted territory, Sean thumped a universally nasty bass groove to steer the song “Plant Life,” translating at Ottobar to a significantly broader live sound than you might expect from the album.

Max, whose brow is less furled than his brothers, has a youthful, optimistic aura at the drum kit, and at Ottobar he never stopped swinging through the entire set, as each song featured either a staggering pace and all the noise, or more adventurous progressions calling for offbeats, like the track “Zoom Out,” from Sympathy for Life.

Likely a curious byproduct of the group’s own fault-finding ways, Parquet Courts’ fans can be a tad harsh on the band. And while some might want to say the new record isn’t as assertively sassy or not quite as raucous nor as addictive upon the first listen as some of the band’s previous offerings, last Saturday night at Ottobar might have disproven that. A sweaty, invigorating 90 minutes of music, much of it new, shouldn’t have left a single attendee disappointed. Rather, the performance made the case that only Parquet Courts can really know what is best for itself and, ultimately, its fans.

Here are images of Parquet Courts performing at Ottobar in Baltimore on Oct. 30, 2021. All photos copyright and courtesy of Casey Vock. 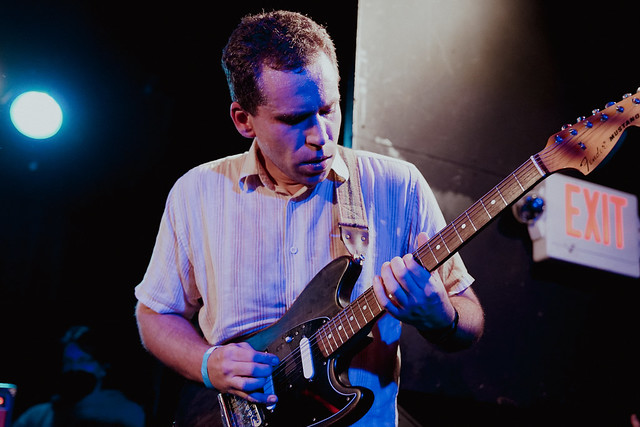 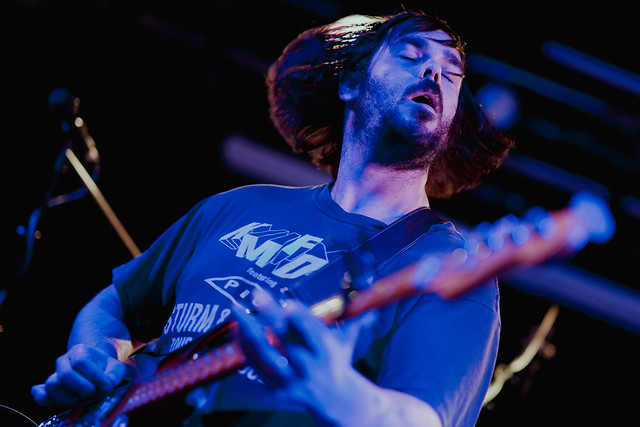 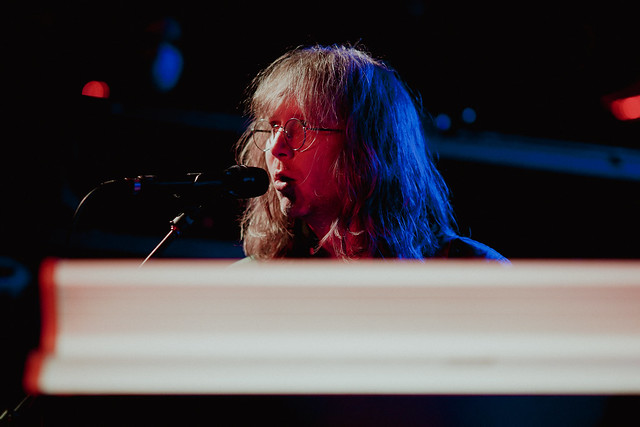 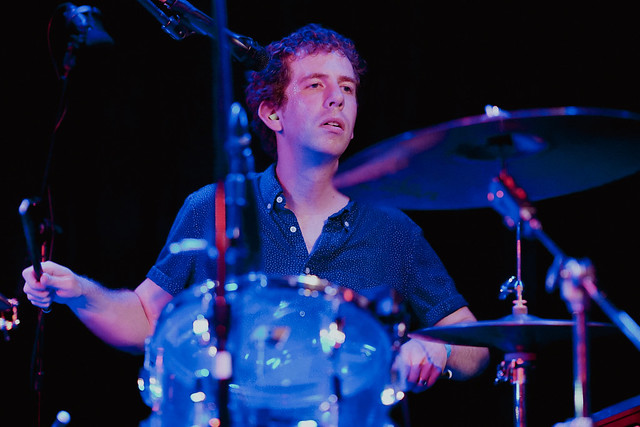 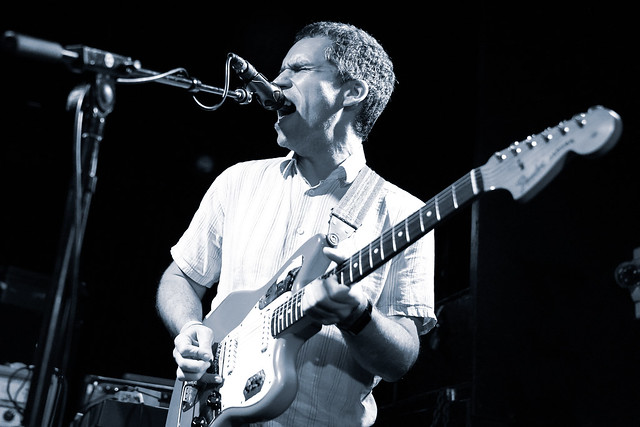 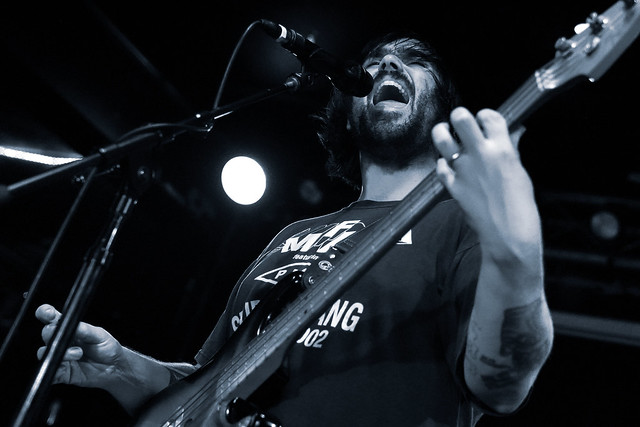 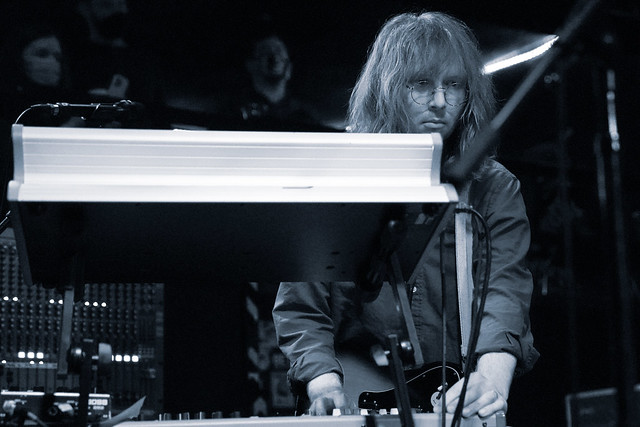 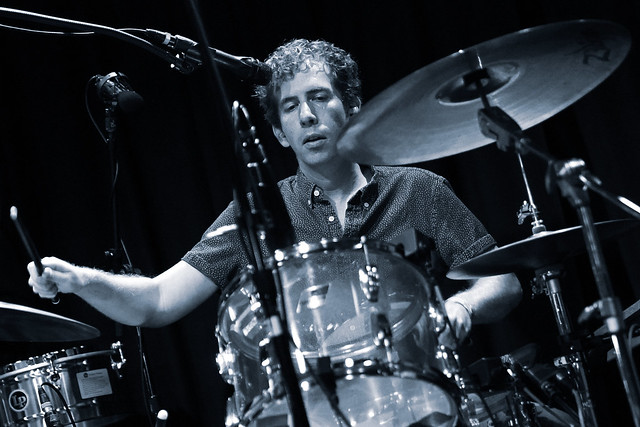 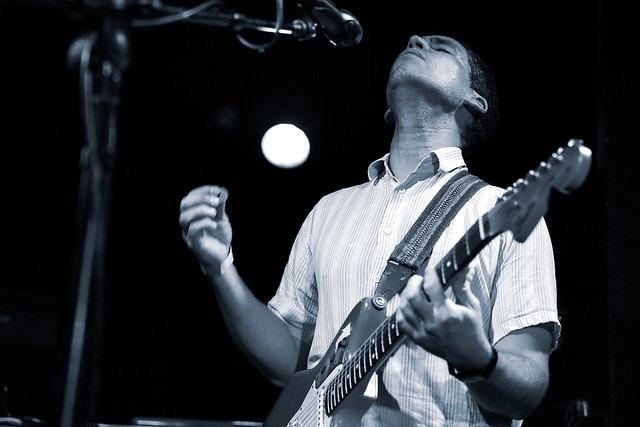 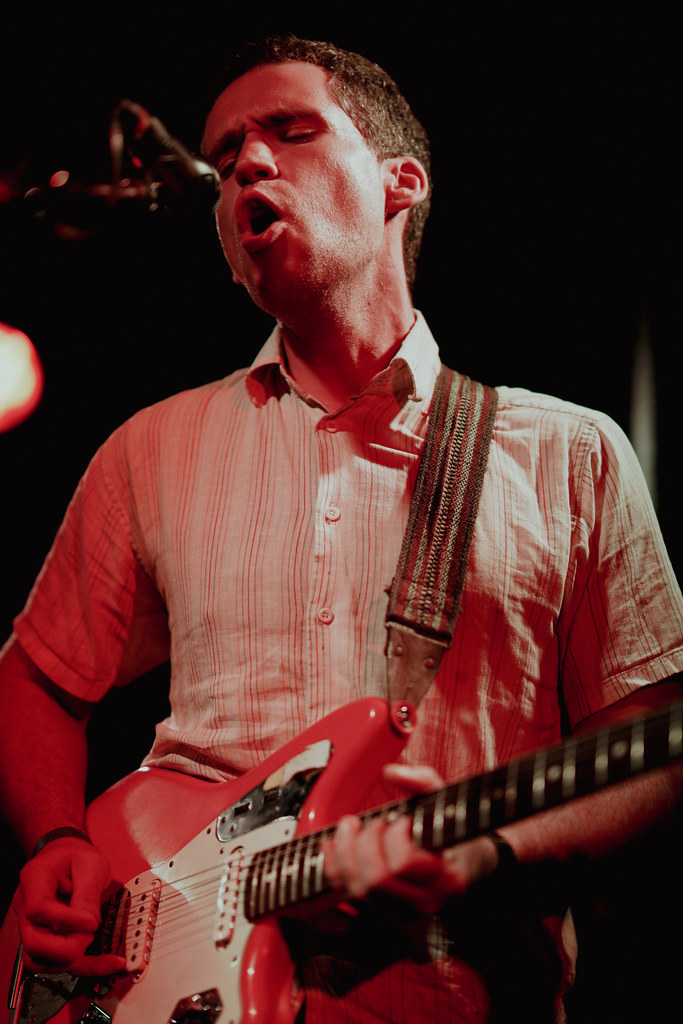 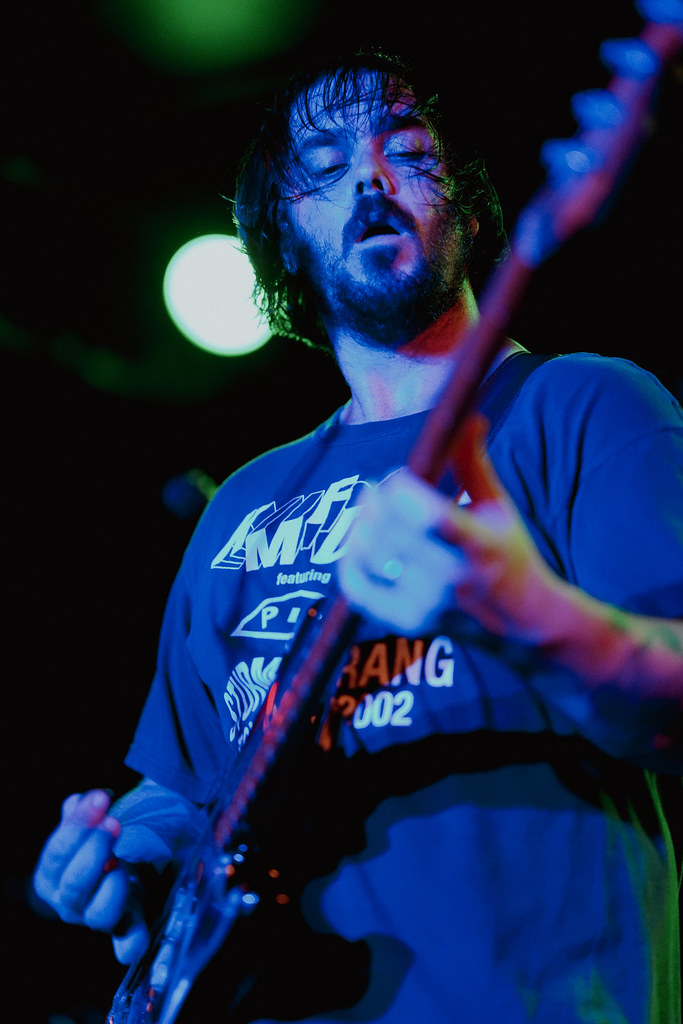 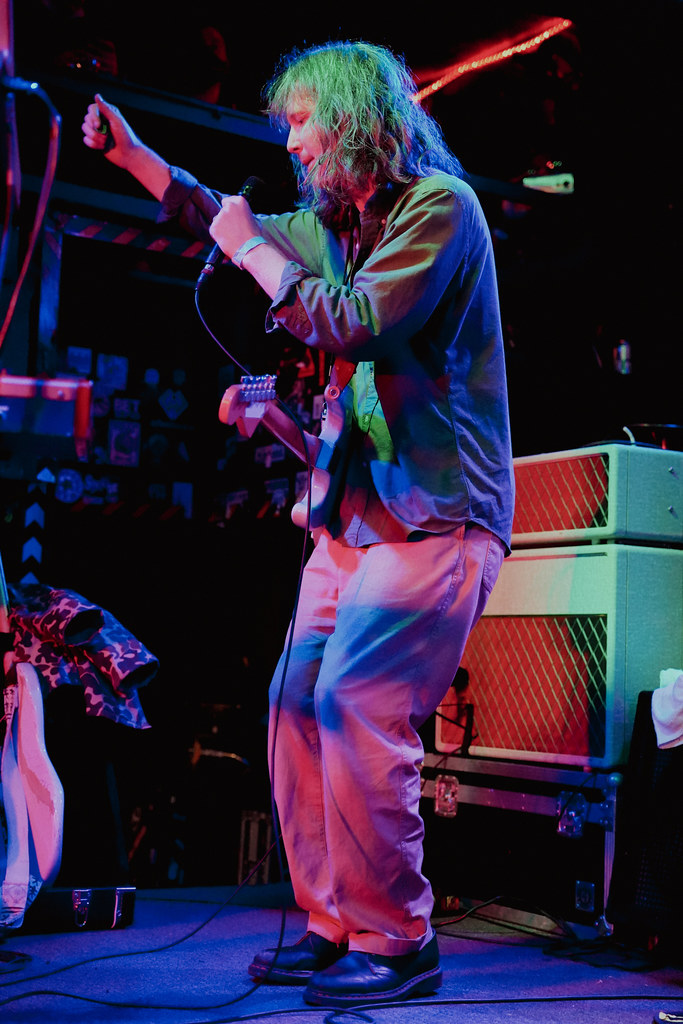 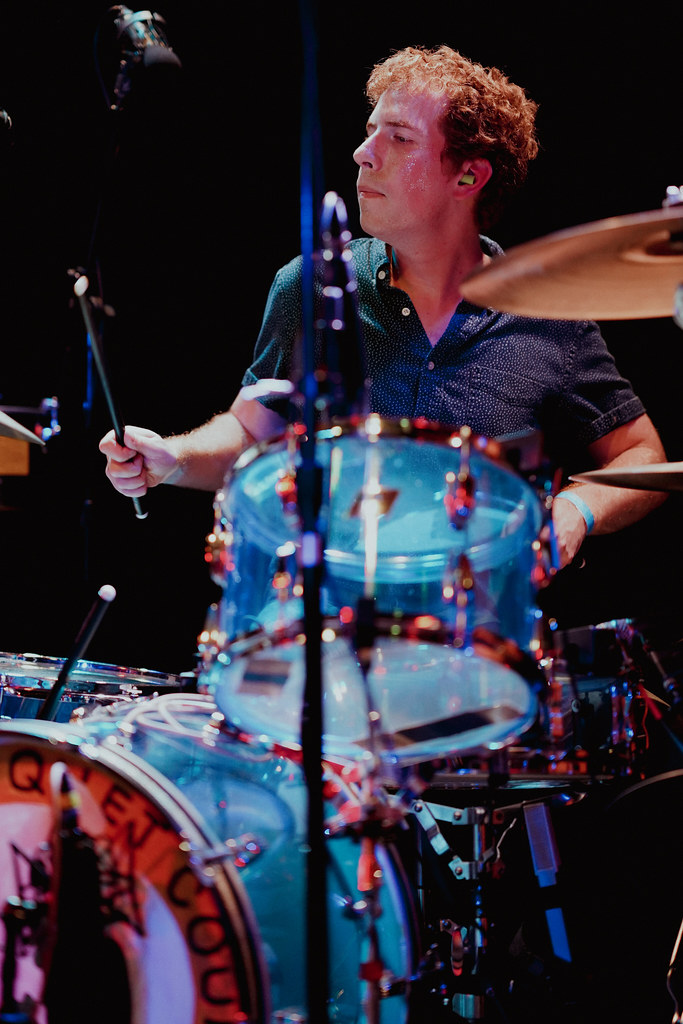 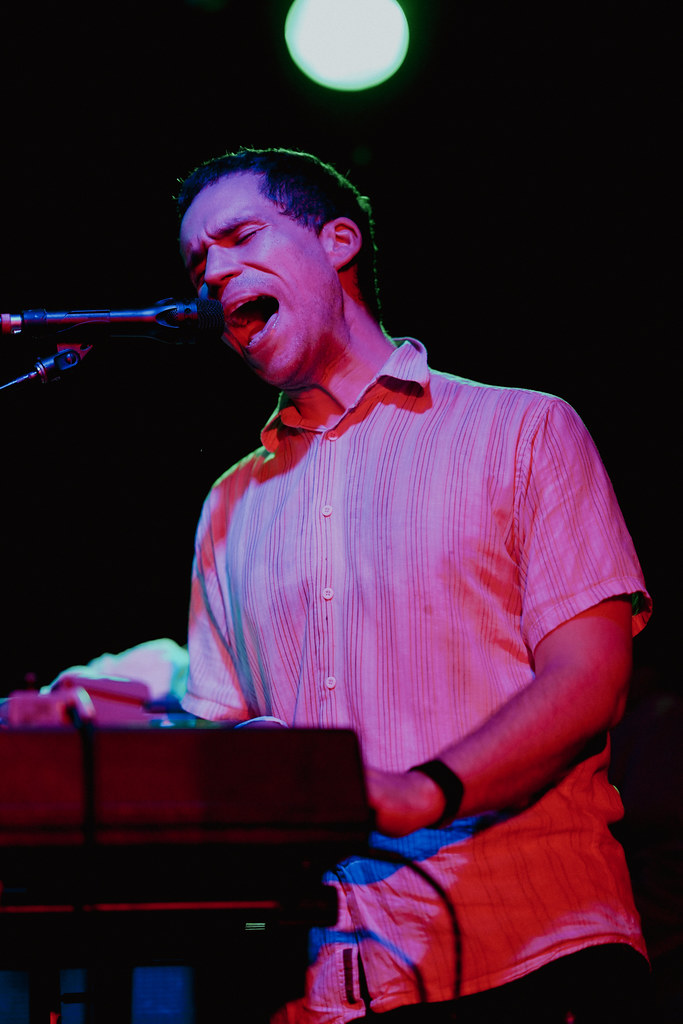 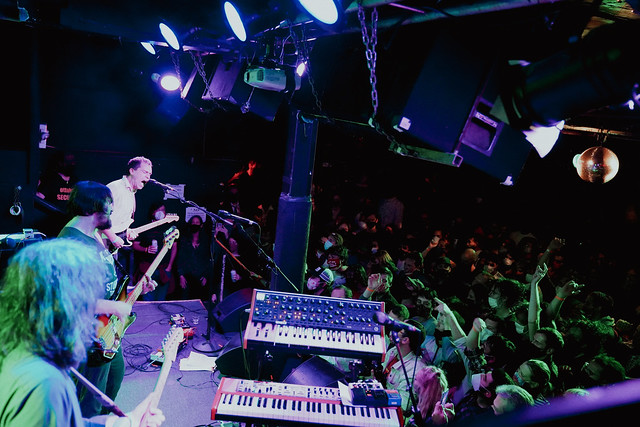 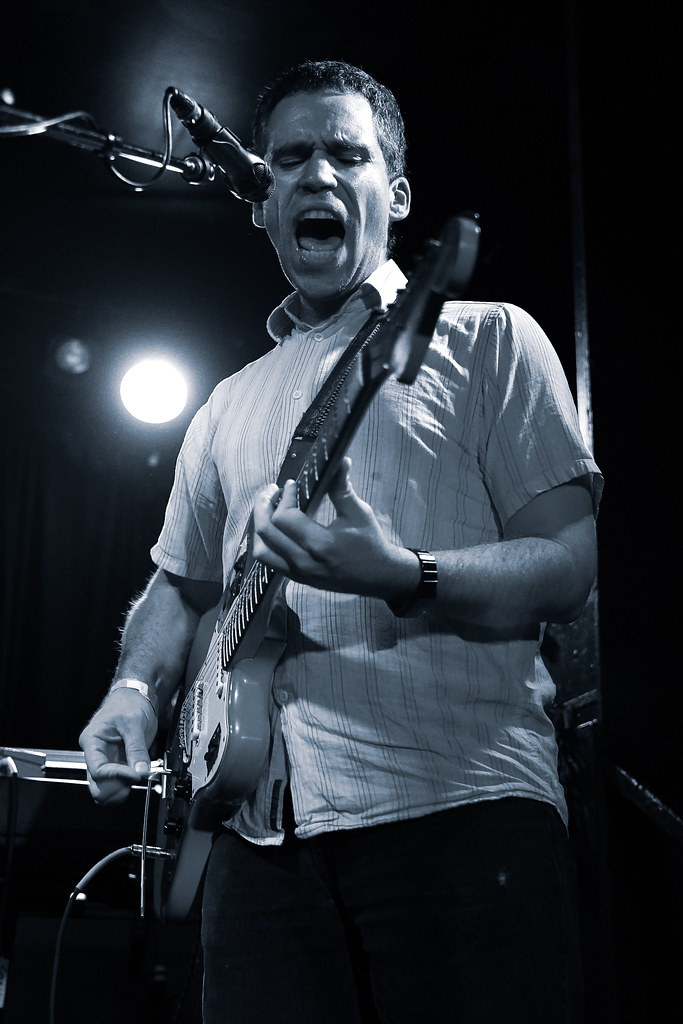 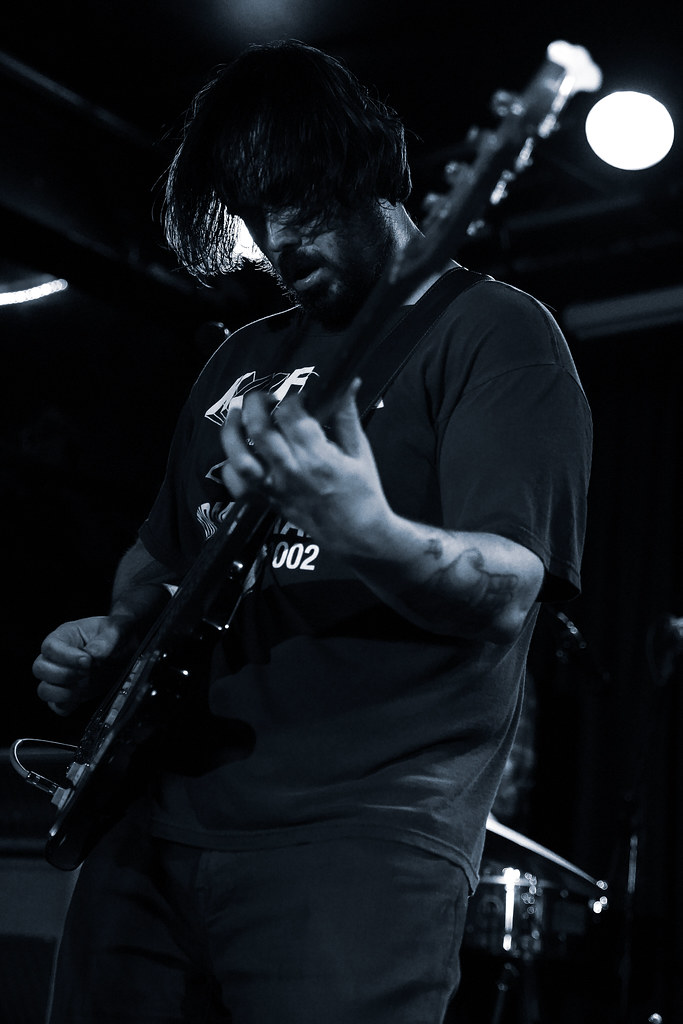 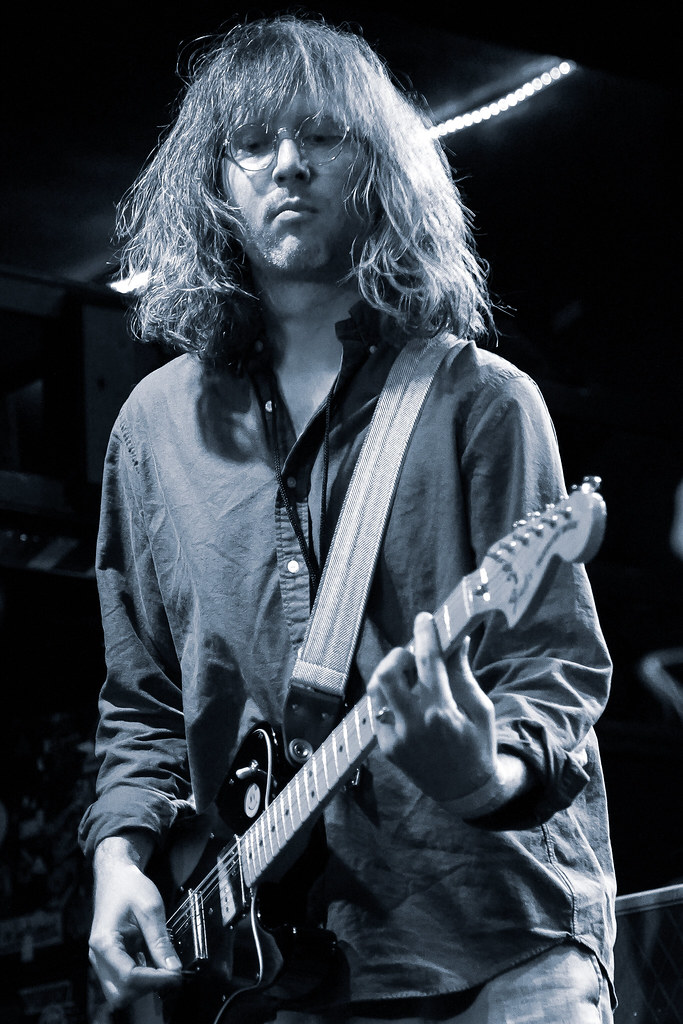 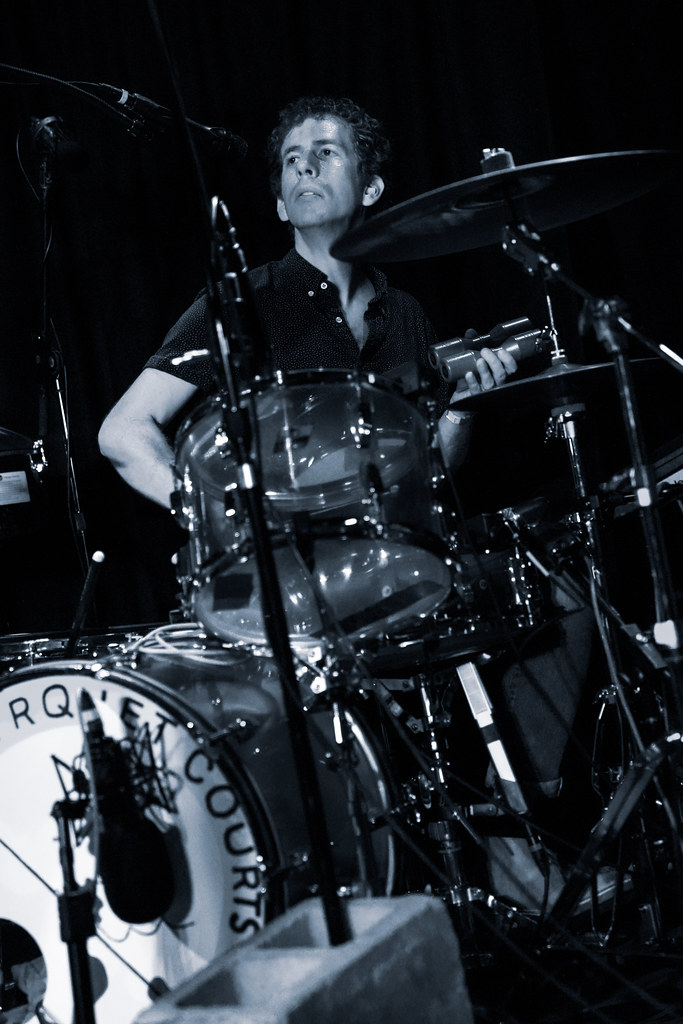 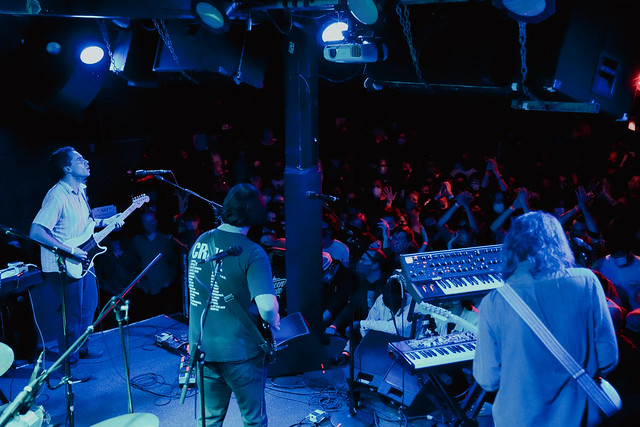 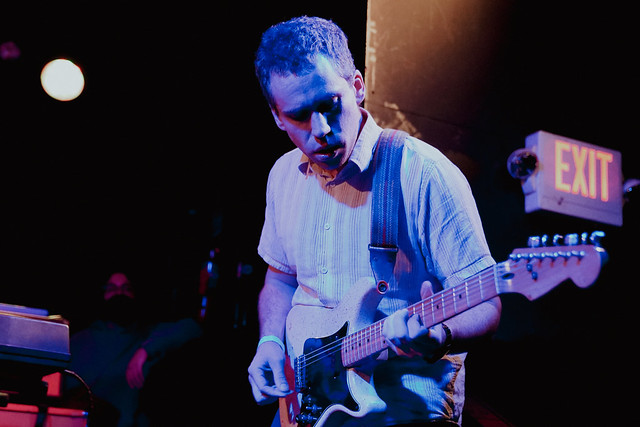 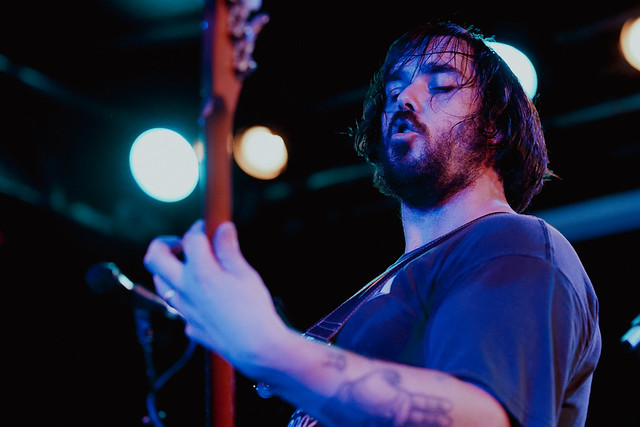 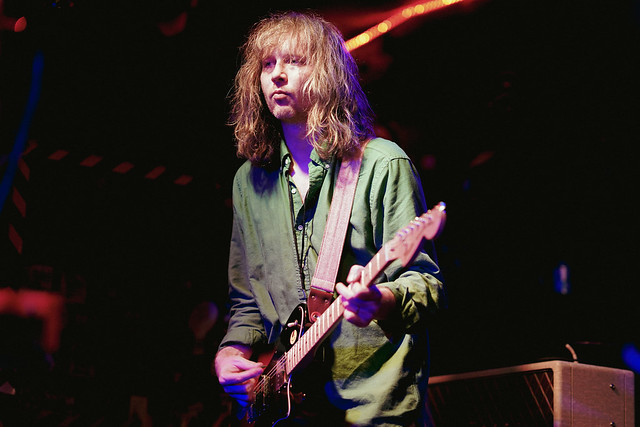 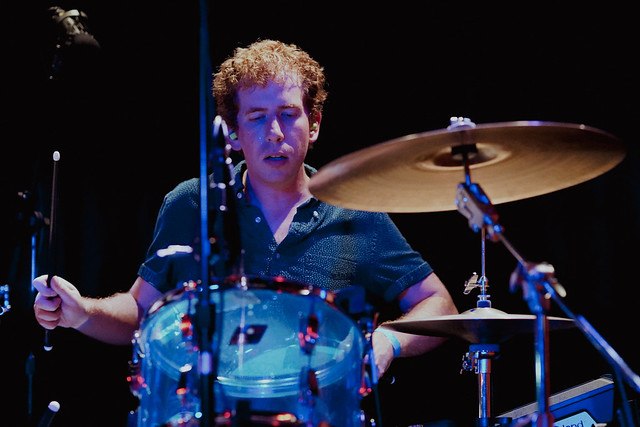 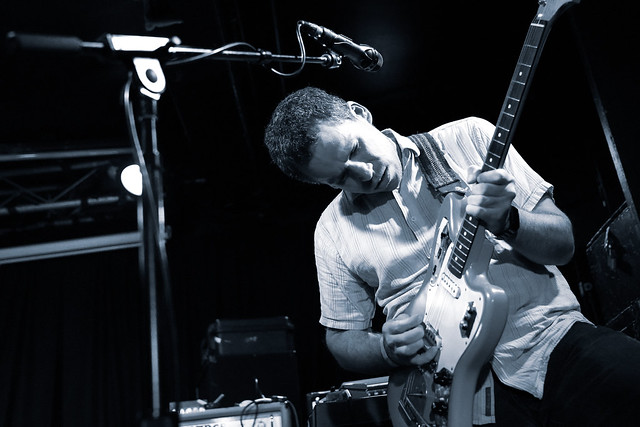 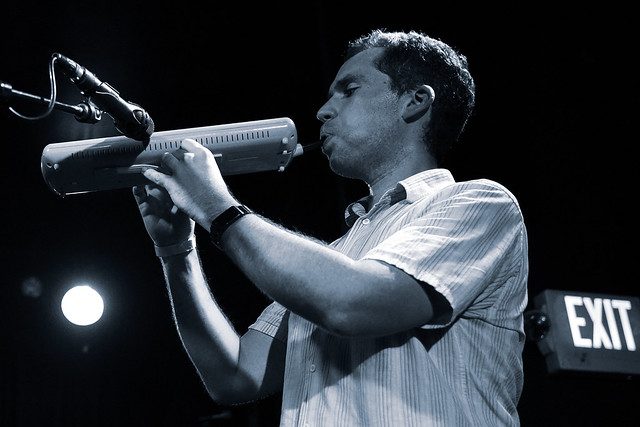 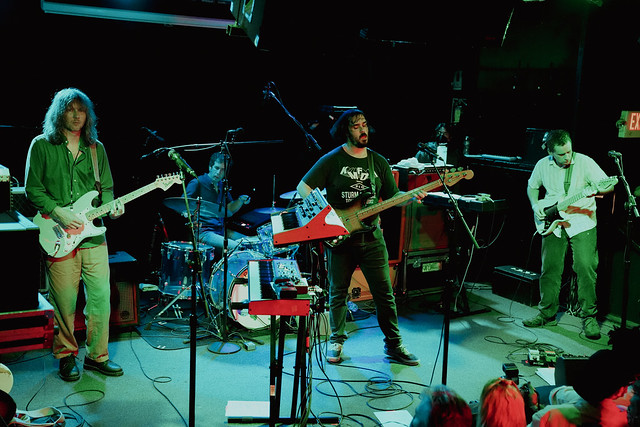