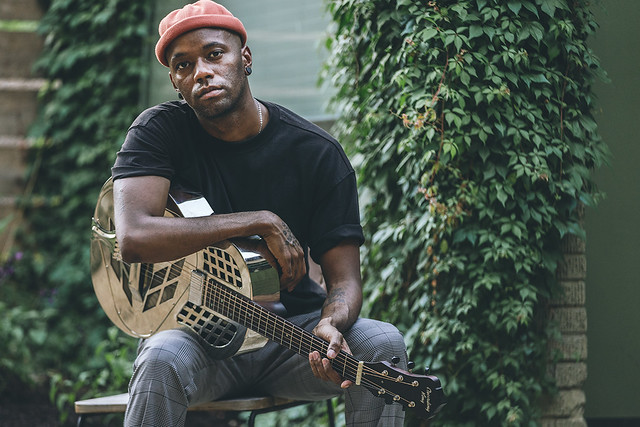 In the midst of a run supporting Drive-By Truckers, Buffalo celebrates the release of his self-titled debut album, which is out now, with this solo show.

On the tender, aching album opener and lead single “Lost & Lonesome,” Carl “Buffalo” Nichols gives listeners what he describes as a “glimpse into the mind of that traveler looking for a friend and a place to call home;” inspired by his years traveling alone, looking for a place for his passions to fit in, even if temporarily, the track is an ode to exploration and the creative ingenuity of isolation.

At the forefront of each song is Nichols’ rich voice and evocative, virtuosic guitar-playing, augmented on half of the nine tracks by a simple, cadent drum line.

Since his earliest infatuations with guitar, Buffalo Nichols has asked himself the same question: How can I bring the blues of the past into the future? After cutting his teeth between a Baptist church and bars in Milwaukee, it was a globetrotting trip through West Africa and Europe during a creative down period that began to reveal the answer.

“Part of my intent, making myself more comfortable with this release, is putting more Black stories into the genres of folk and blues,” Buffalo said. “Listening to this record, I want more Black people to hear themselves in this music that is truly theirs.”