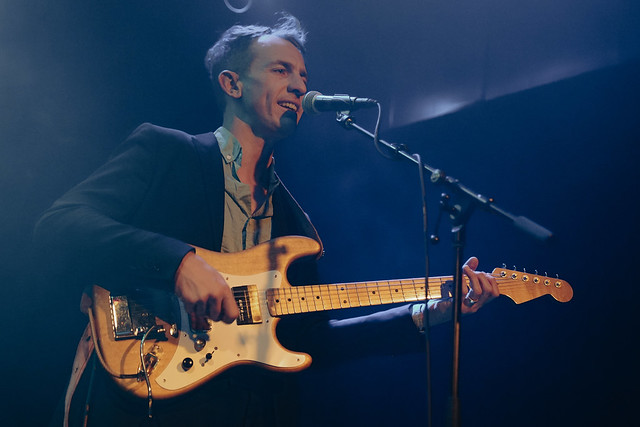 Buck Meek is best known as the guitarist and harmony vocalist for the band Big Thief, but he also makes excellent records of his own. On Friday evening, he appeared with his band at Vienna’s Jammin’ Java for an intimate performance.

A native Texan, Buck was raised in Houston and Wimberley, a small town in the Austin hill country that’s currently home to musicians like Ray Wylie Hubbard and recent Grammy winner Sarah Jarosz. By the age of 6, he was already playing guitar, having learned the instrument from his mother, and, in his teens, he was playing outlaw country and jazz manouche. He later attended Berklee College of Music in Boston, graduating in the late 2000s.

It was at Berklee that Buck first crossed paths with future Big Thief collaborator Adrienne Lenker, who enrolled around the time he finished up there. After a stint in Brooklyn, he relocated to Boston, where he reconnected with Lenker, and they released their first projects together, a pair of EPS called A-Sides and B-Sides. In 2015, they formed Big Thief, along with bassist Max Oleartchick and drummer James Krivchenia. The same year, he released his debut solo EP, Heart Was Beat, which featured contributions from Lenker, Oleartchick, and multi-instrumentalist Mat Davidson (who releases his own music under the moniker Twain).

Big Thief released their first album, Masterpiece, in 2016. The band was prolific, releasing the follow-up, Capacity, in 2016, and two albums, U.F.OF. (which was nominated for a Grammy for Best Alternative Album) and Two Hands in 2019. The band steadily rose in prominence, with Capacity reaching the top 20 of the Billboard Heatseekers, independent, Americana/folk, and vinyl charts.

In 2019, Buck also release his first, self-titled, full length solo album, which led to more than a dozen gigs opening for Jeff Tweedy, the lead singer and songwriter of rock band Wilco, on his solo tour. The next year, forced off the road by the Covid pandemic, Buck went to New Orleans to record his second solo album, Two Saviors, with his band. Produced by Andrew Sarlo, the album was completed in 8 days at the peak of the hot, humid, New Orleans summer, and was released on January 15, 2001. The album has been described as a set of character-driven narratives in which what is fictional is hard to distinguish from what is not.

Addressing the audience on Nov. 5, Buck said, “We put out a record, Two Saviors, quite a while ago.” Because of the Covid-imposed hiatus on live music, however, “this is our first tour since.” He noted that he had most of the band that made the album — which included Adam Brisbin (guitar, vocals) and Austin Vaughn (drums percussion) — with him. While Mat Davidson (aka Twain) was not there, Adam did an exceptional job of covering the pedal steel parts by using a slide and bending the strings of his guitar.

There was also a fair amount of on-stay interplay and banter between Buck and the band. Adam chimed in a few times with a joke that he’s not just a pretty face, but also has great abs.  When Buck stopped “Two Moons” after playing the intro so he could tune his guitar, Adam noted, “That’s a very mature choice.” Buck also mentioned, “This guitar’s almost 100 years old.” He added “I’ve been living in the desert,” alluding to his move north of Los Angeles a few years ago, “and she’s in shock right now.”

While there are some similarities between Buck’s solo music and Big Thief, there are important differences. Where Big Thief leans into a folkier, singer-songwriter vibe, Buck’s solo work, perhaps owing to his Texas heritage, embraces more of an alt-country sound, complete with fiddle and pedal steel. In his solo work, cowboy ballads meet a sometimes psychedelic sheen.

Before his own set, Buck came out to watch the opening act, the folky trio Kidi Band, who played an excellent 30-minute set of acoustic-driven songs that were notable for their close vocal harmonies. After a 30-minute intermission, Buck took the stage with his band, opening with several songs from his latest album. The title of the evening’s first number, “Pareidolia,” refers to “the playful misconception of things, seeing patterns and objects in objects unrelated,” and has been described as “exuding innocence and playful reflections.” The detailed storytelling in “Cannonball, Pt. 2” is such that, even if it’s fiction, it has a powerful verisimilitude; Buck sings, ““Race you down to the well” said Sue/ “Last one surrenders their family jewels”/ “You’re quick, but Hunter I am too. ” (The “Pt. 2” in the title is a reference to the song entitled “Cannonball!” on his first album.) “Second Sight” is a mystically-inflected tale of work and struggle, with the refrain  “Love is all I need.”

“Two Moons,” another cut from Buck’s latest album, begins with the compelling line, “Eyes behind eyes.” The title cut, “Two Saviors,” features a host of brilliant images, capped off by “Two saviors fighting over a soul / A black eyе leaves a black hole.” . “Candle,” co-written with Lenker, begins “Innocence is a light beam.” “Joe By The Book” has an unusual structure, consisting of a single, long, extended verse, and tells the story of Drew and their (it’s not clear whether Drew is male or female) racecar.

Even as he’s touring behind his most recent record, Buck is already trying out new material. His third number in the main was a new song, which I was called “The Undie Dos,” he closed the set with another new piece, “Stories.” When Buck and his band returned to the stage for their encore, they began with a song that’s so new that Buck hasn’t even given it a title yet. After playing that new song, Buck and his band finished the evening with “Halo Light,” the track that concludes Two Saviors. Echoing the refrain from “Second Sight,” it repeats the line, “Only love will stay to live again tomorrow.”

In addition to the wealth of new and recently released material that Buck played Friday night, he also covered several items from his back catalog. “Sam Bridges” came out on his 2015 EP, Heart Was Beat, and featured Lenker on vocals and electric guitar. He introduced “Ruby,” which takes place in New Mexico, as “a song from our first record.” Intrtoducing “Fool Me,” another cut from his self-titled debut, he said, “I grew up in Texas, playing in ice houses where people were always dancing. I’m still getting used to rock clubs where people aren’t dancing.” He then added that anyone who felt the urge was welcome to dance to the music.

After the show, Buck came out to sign and meet with fans, and was greeted by a long and enthusiastic line. It’s no surprise that Buck has extremely dedicated fans; his music is a totally unique and gripping addition to the Texas tradition of cosmic cowboy and psychedelic country music. He tells stories full of mind-blowing images that are just slightly out of focus, somehow the stuff of every day life transformed into something bigger.

Here are some photos of Kidi Band performing at Jammin’ Java on Nov. 5, 2021. All photos copyright and courtesy of Casey Vock. 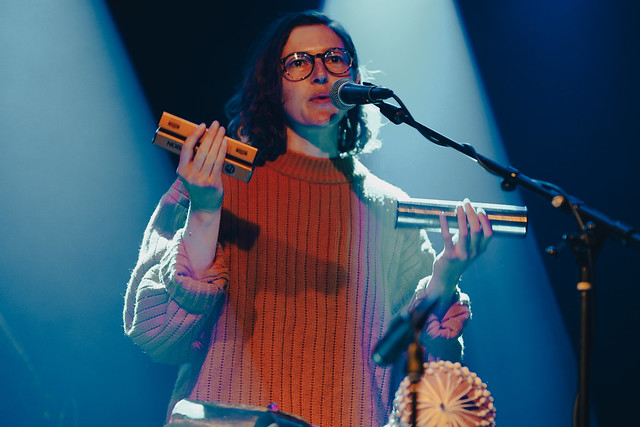 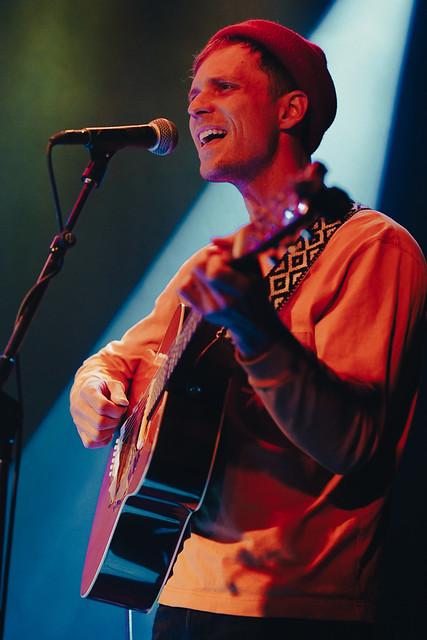 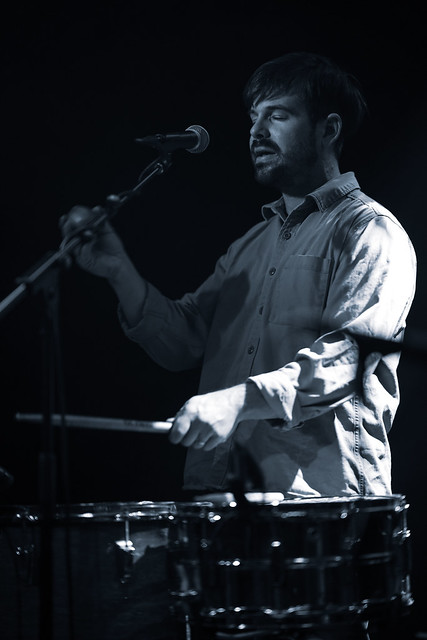 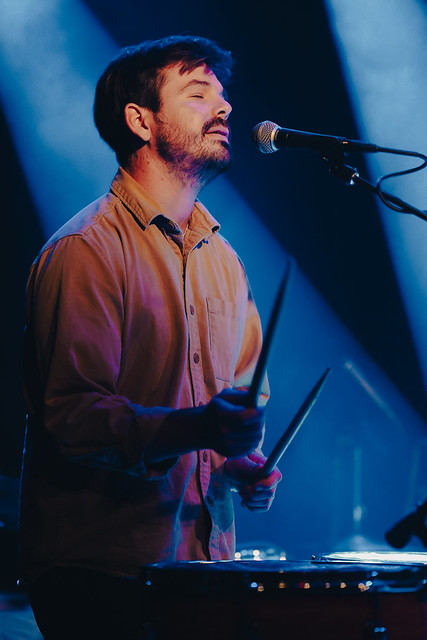 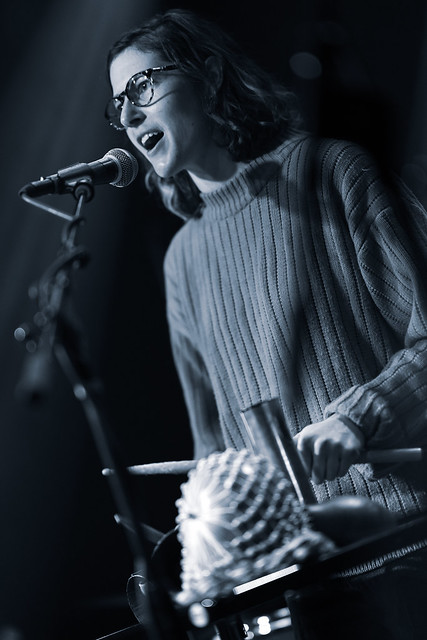 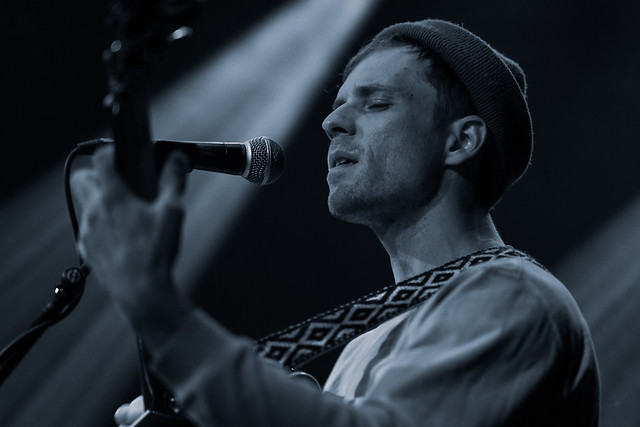 Here are some photos of Buck Meek performing at Jammin’ Java on Nov. 5, 2021. All photos copyright and courtesy of Casey Vock. 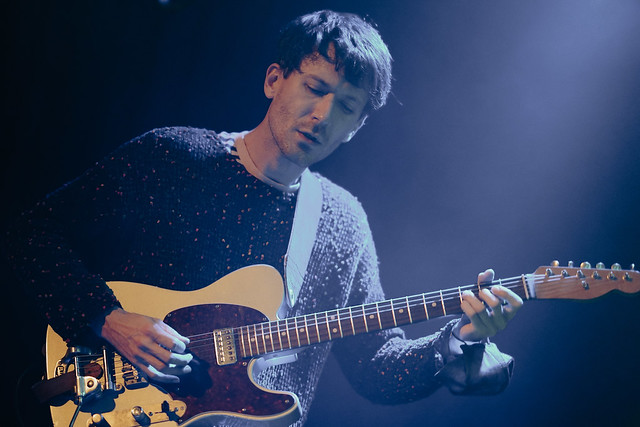 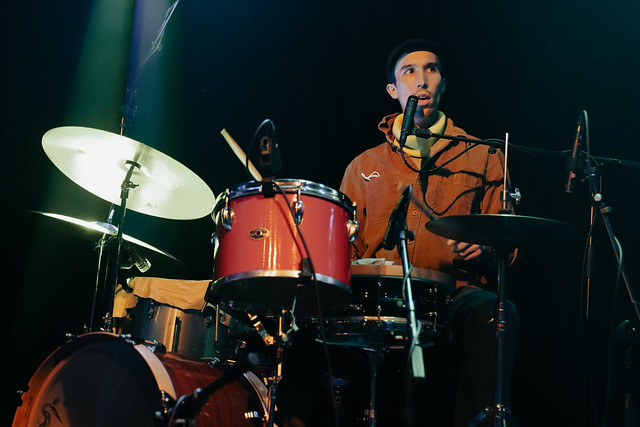 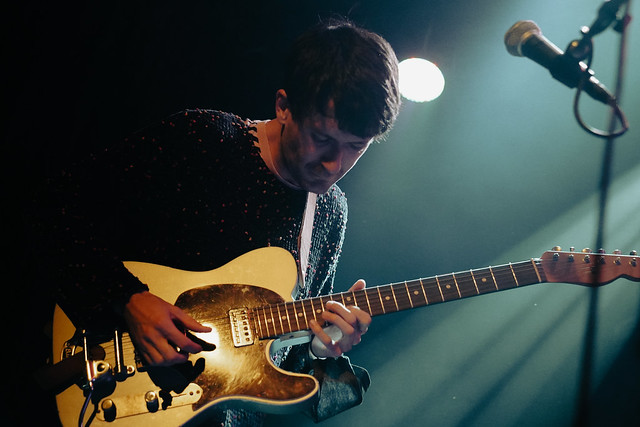 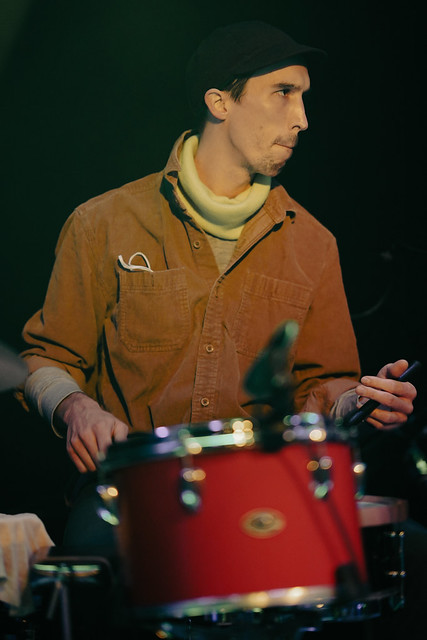 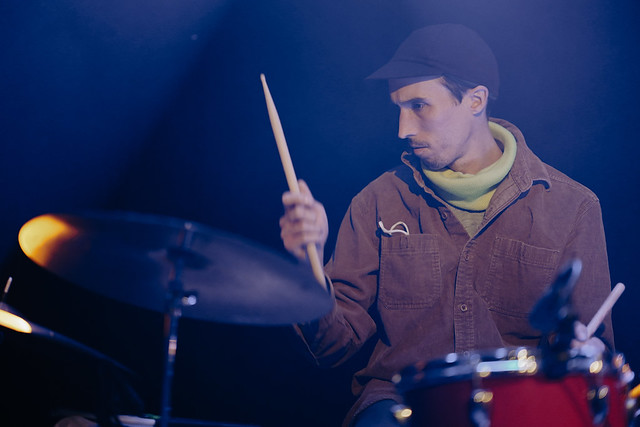 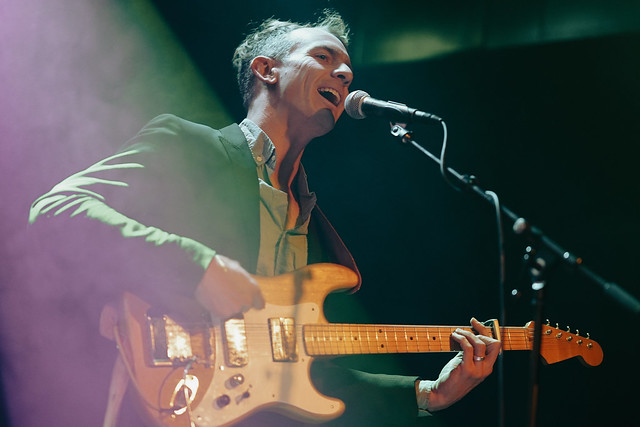 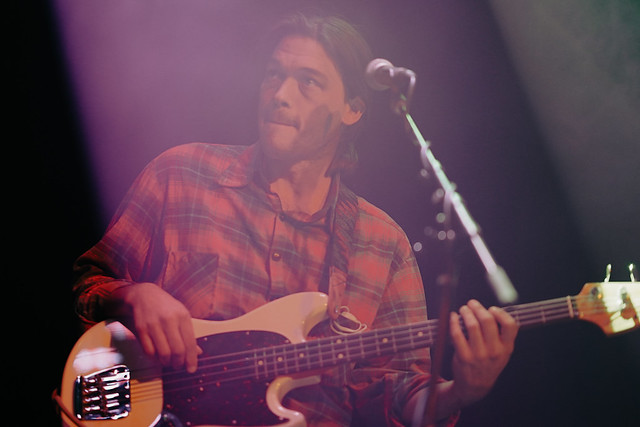 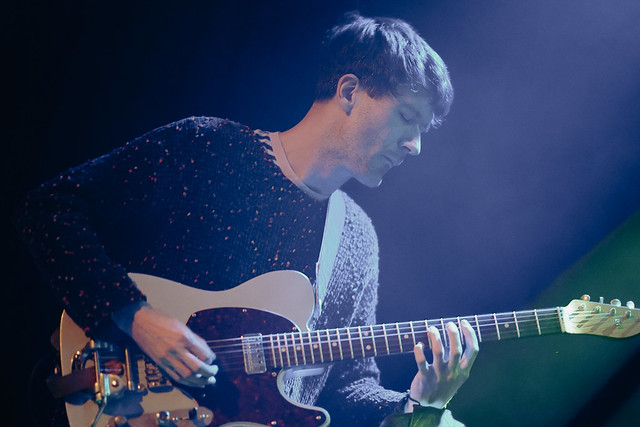 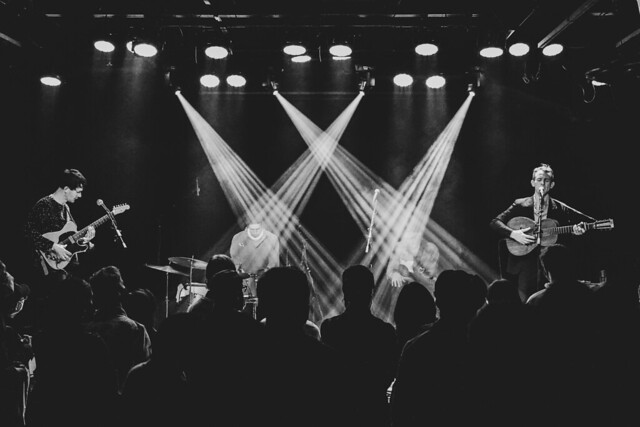 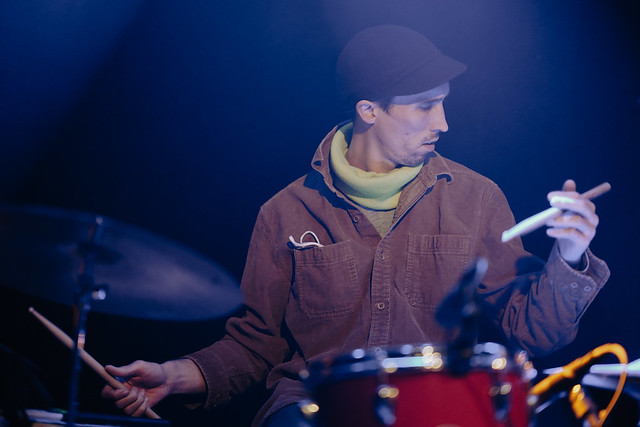 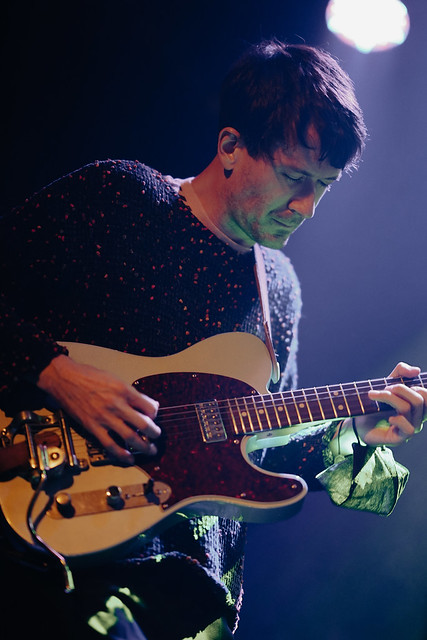 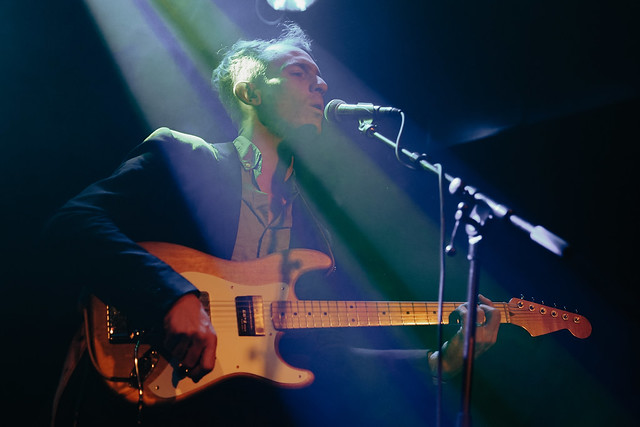 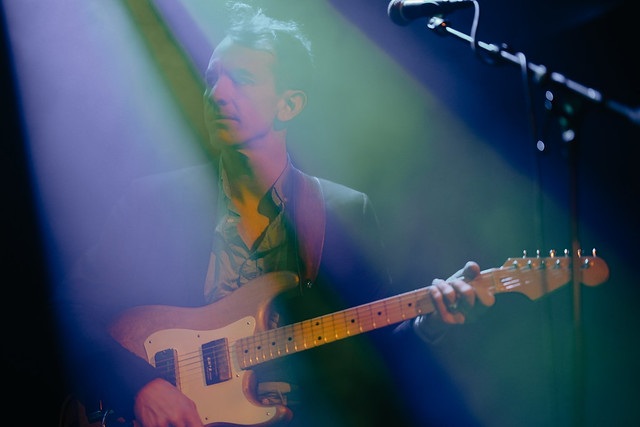 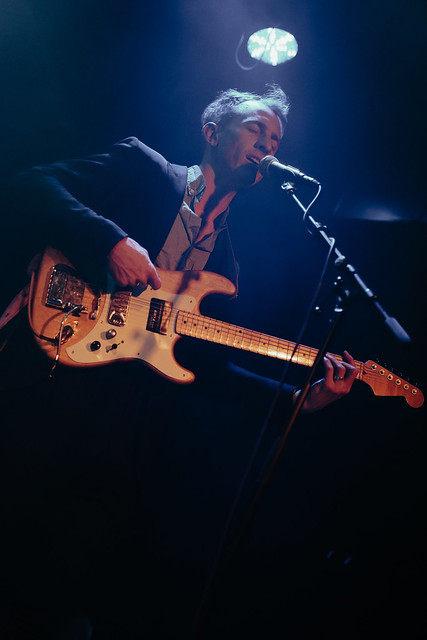 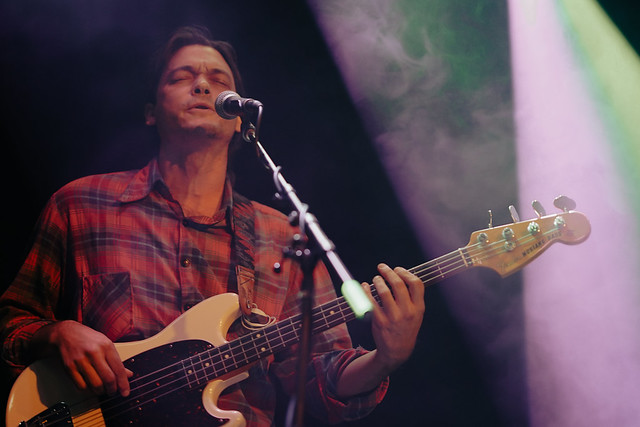 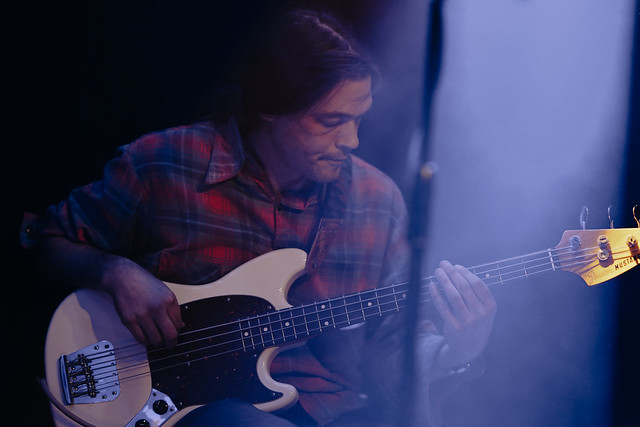 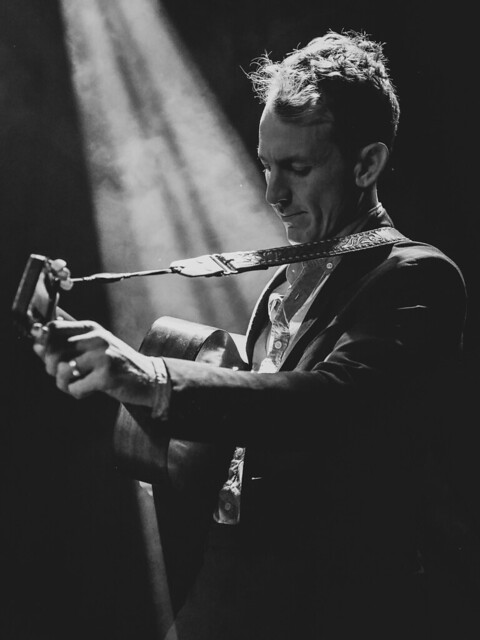