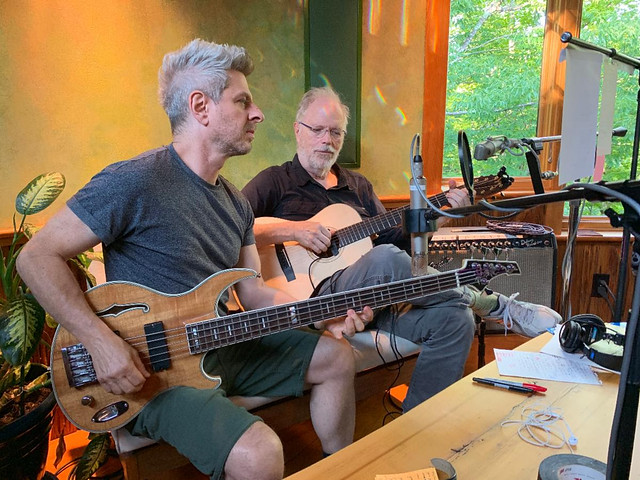 Acoustic guitar pioneer Leo Kottke and Phish bassist Mike Gordon have announced plans for an eagerly awaited series of live dates. The brief tour, which marks the duo’s first live run together in more than 16 years, brings them to Sixth & I Historic Synagogue in DC on Thursday, Dec. 9.

Leo and Mike recently released a four-song mini set on YouTube, including performances of the Kottke-penned “Sheets” and Gordon’s song “How Many People Are You” both from NOON, the latter of which features Phish drummer Jon Fishman. The set is rounded out with the Kottke classic “Rings”, which was released with Gordon on 2005’s SIXTY SIX STEPS, and “Disco”, from the duo’s 2002 release, CLONE.

Watch a four-song set by Leo Kottke and Mike Gordon on YouTube: