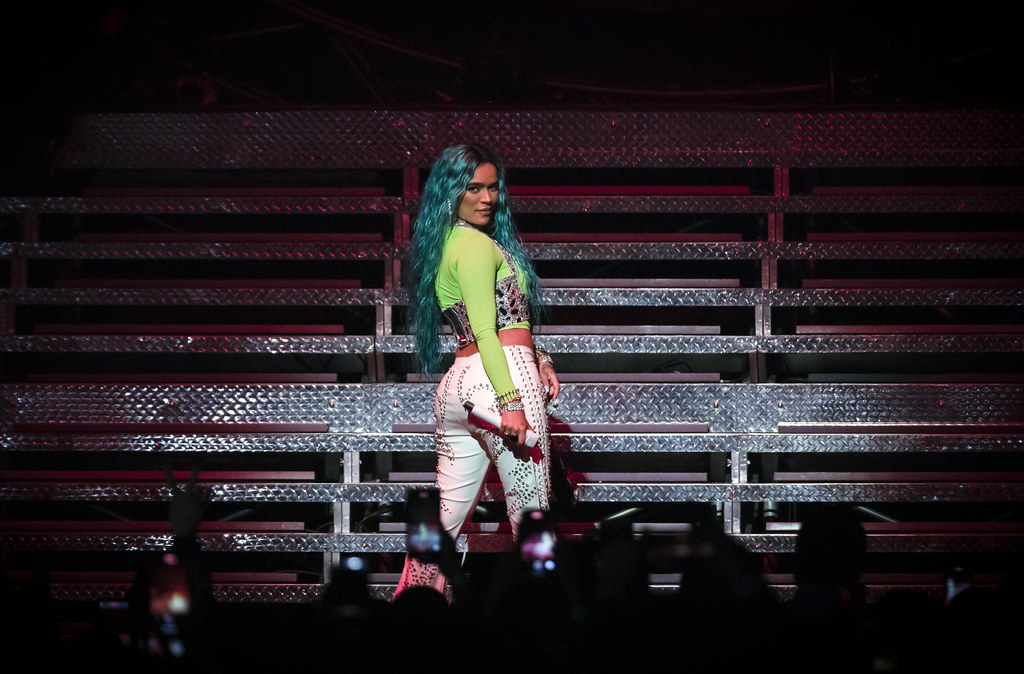 Thanks in part to a new generation hailing from Medellín, Colombia, reggaeton has not only evolved with the times but also regained a foothold in popular culture. It’s easy to say Carolina Giraldo Navarro, better known as Karol G, is the genre’s current reina (queen). A truthful statement, but an oversimplification. Navarro is certainly representative of the reggaeton renaissance, but during a recent show, she performed a range of music that points to something bigger.

On Dec. 12, award-winning vocalist Karol G made a stop at The Anthem in DC for the final leg of her Bichota Tour.

What’s bichota? We’ll get to that later. 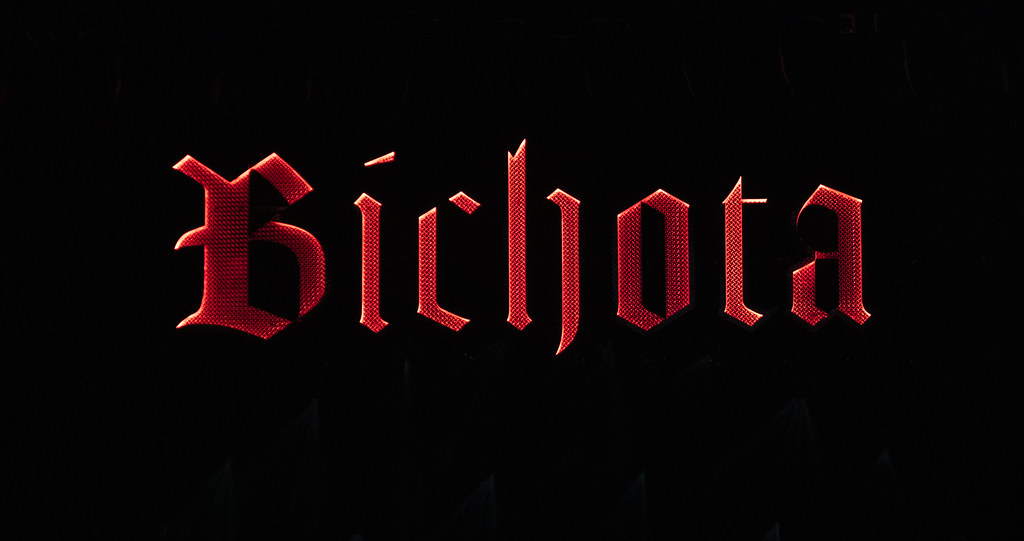 Hundreds of fold-out seats lined The Anthem’s main floor. Yet, nary a rear end would remain seated once the lights dimmed and Karol G emerged to perform “Sejodioto.”

Reggaeton’s pervasive dembow beat was present during the opening song, and underpinned Karol G’s performance of “El Makinon.” The percussive boom-ch-boom-chick loop has defined the genre since its inception. But in recent years, the rhythm has been reconstructed to include elements of bachata, vallenato, hip hop, R&B, afrobeat, and pop.

Watch the official music video for “El Makinon” by Karol G and Mariah Angeliq on YouTube:

“Location” is a genre-blender that can be categorized as urbano, reggaeton, or pop. However you want to classify the song, one thing was clear. The Anthem audience wanted more.

Karol G encouraged fans who had banners and blue hair — in honor of the superstar on stage — to perrear, cantar (sing), beber (drink), and llorar (cry). What’s perrear? We’ll get to that later. 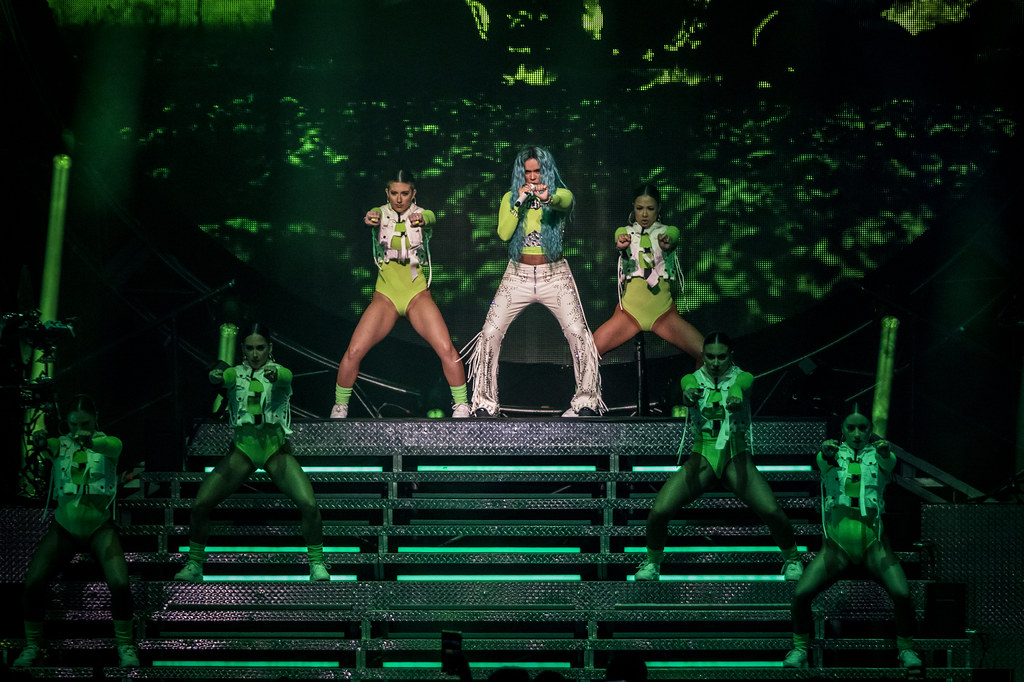 Karol G made her aspirations clear during the performance of “Bichota.” She wants to be a big shot, the boss! The term bichota is adopted from the illicit drug industry. Back in the day, the purveyors of illegal pharmaceuticals in the Latin corners of the Caribbean were the biggest patrons of reggaeton. Making it possible for reggaetoneros from impoverished neighborhoods to showcase their talents. I digress. Listen to “Loud,” Spotify’s Ivy Queen narrated podcast, for a fascinating jaunt through the history of reggaeton.

Rough translation, just because we danced doesn’t mean I’m going to bed with you. Better yet, just because we perrear — the type of dancing and partying you don’t want your mom to know about — doesn’t mean I want sex. The song concludes with the Latin American idiom “Sigue para a’lante, nunca para atrás (go forward, never back).”

Here are some photos of Karol G performing at The Anthem on Dec. 12, 2021. All photos copyright and courtesy of Will Colbert. 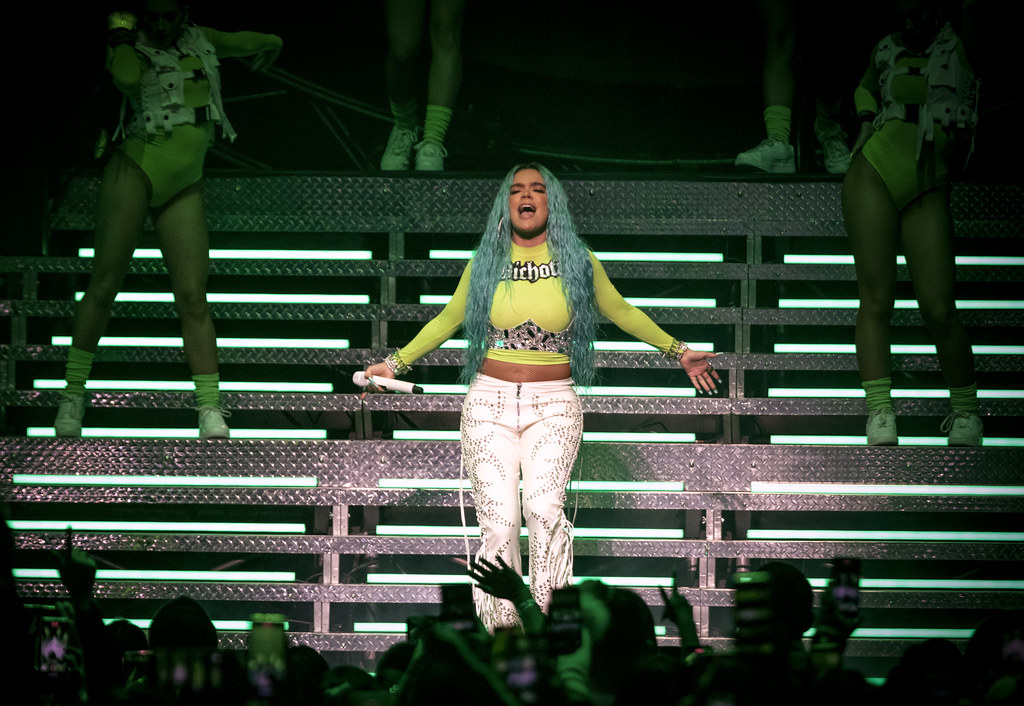 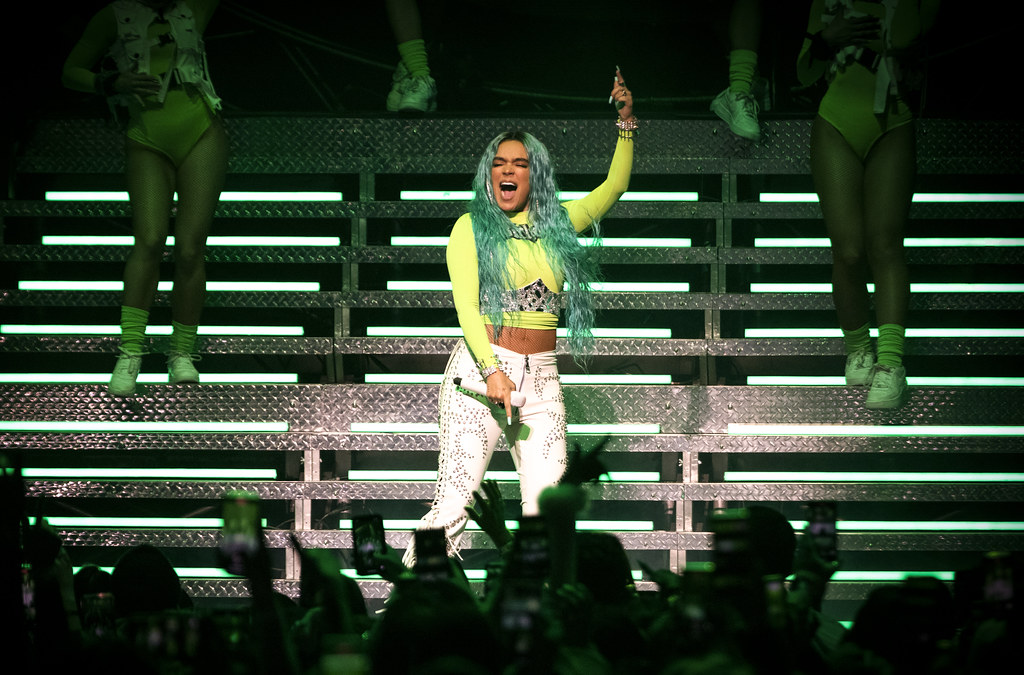 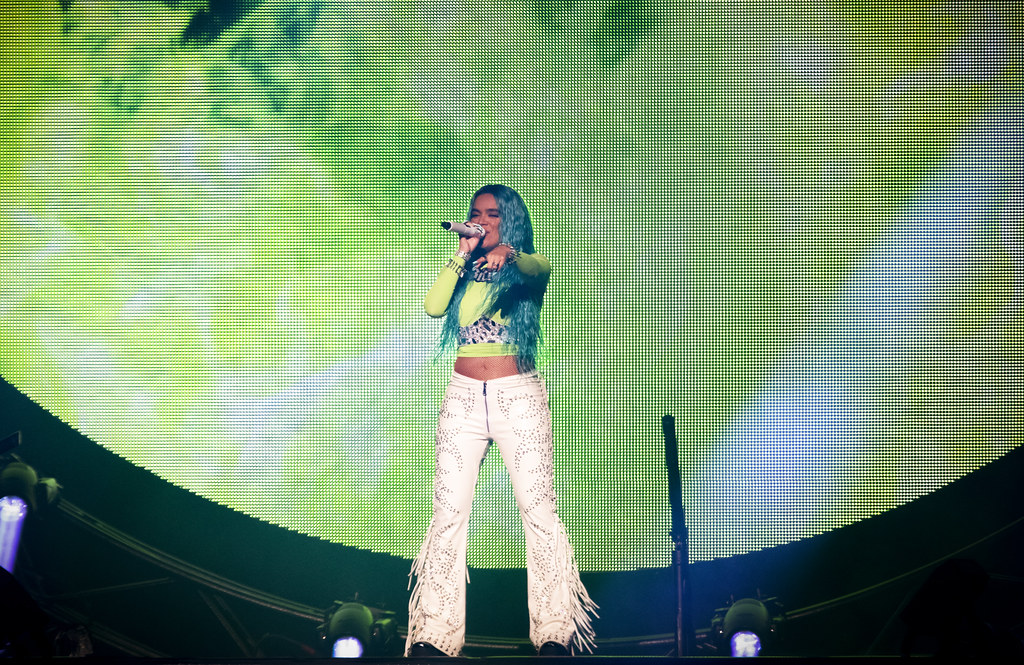 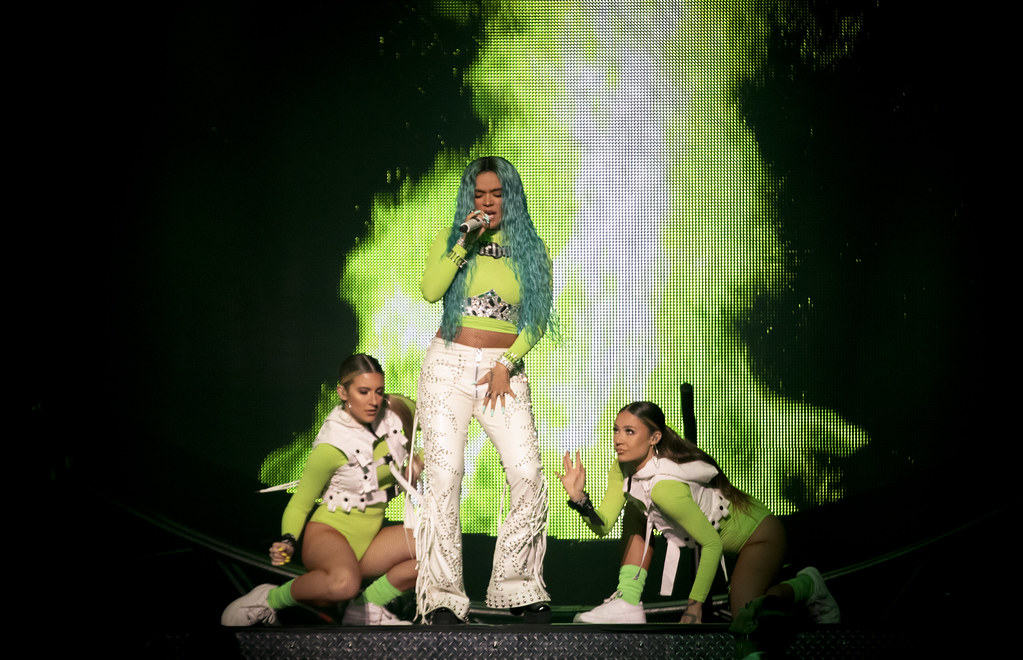 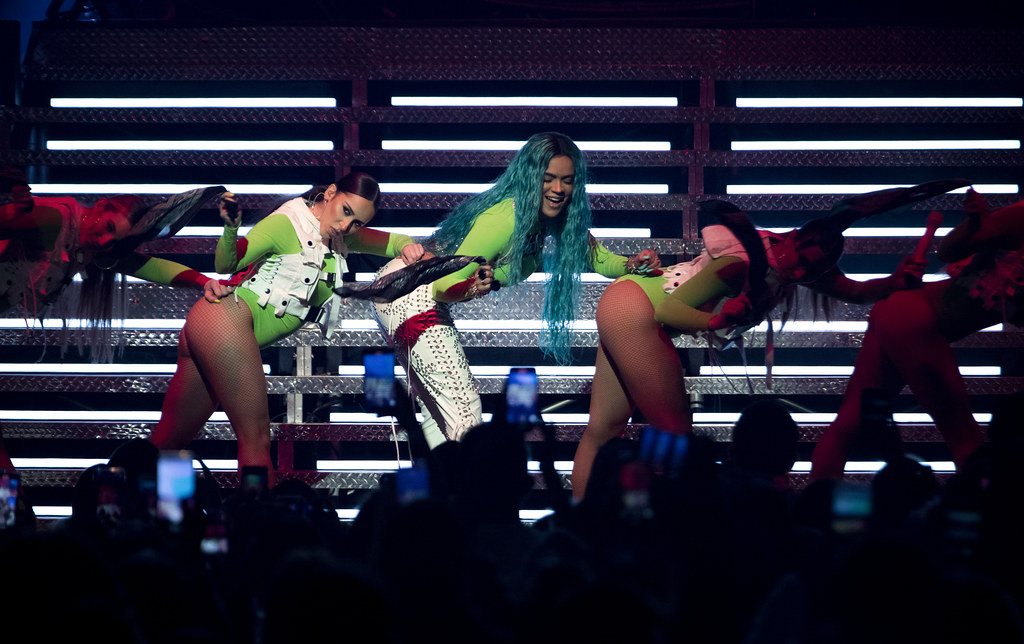 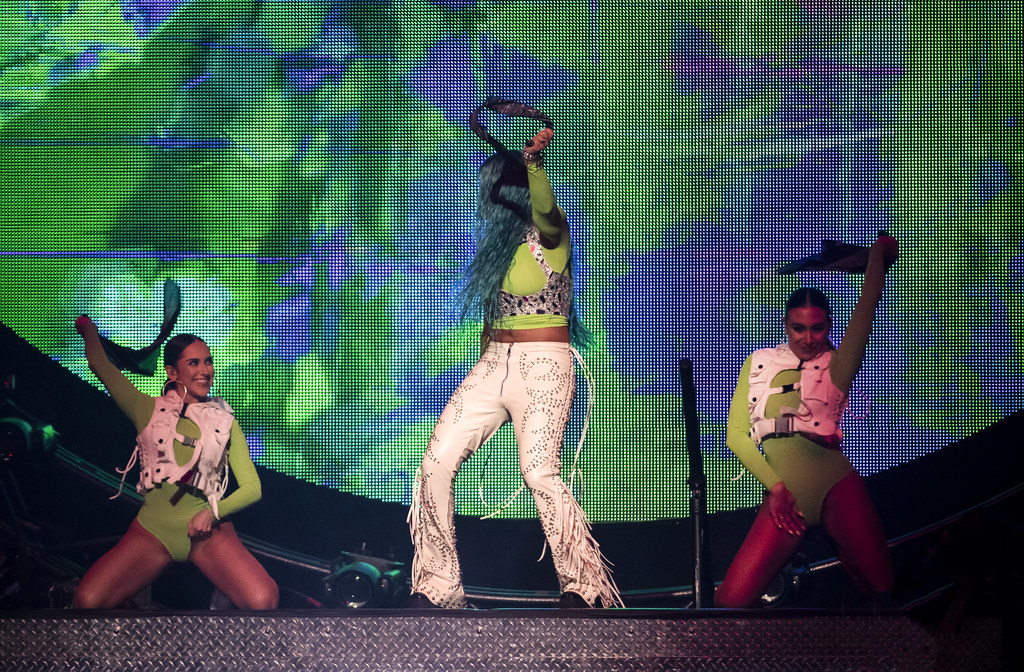 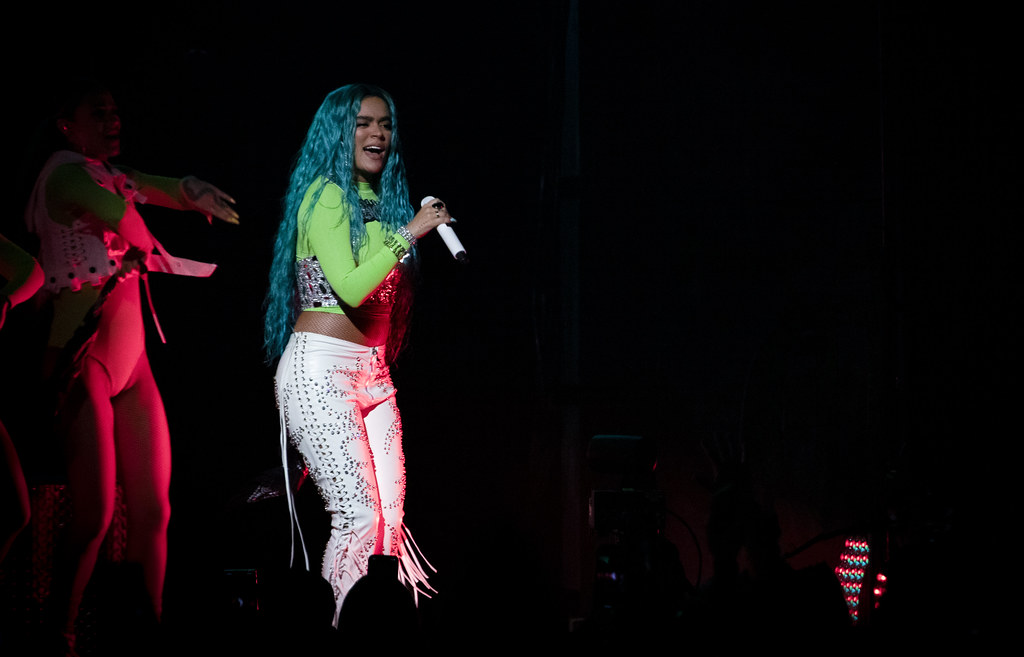 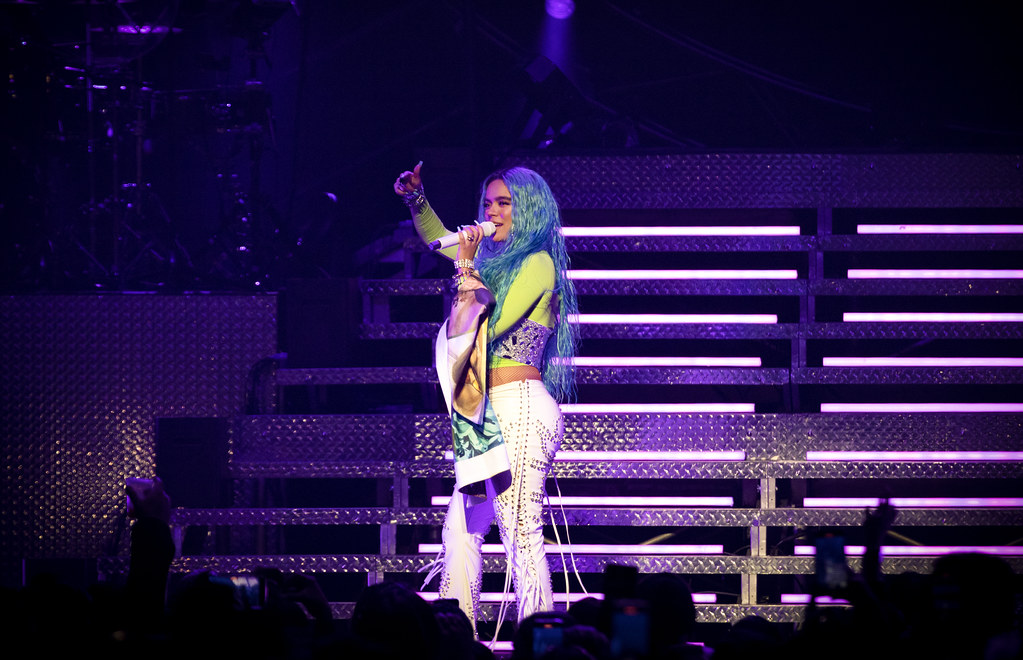 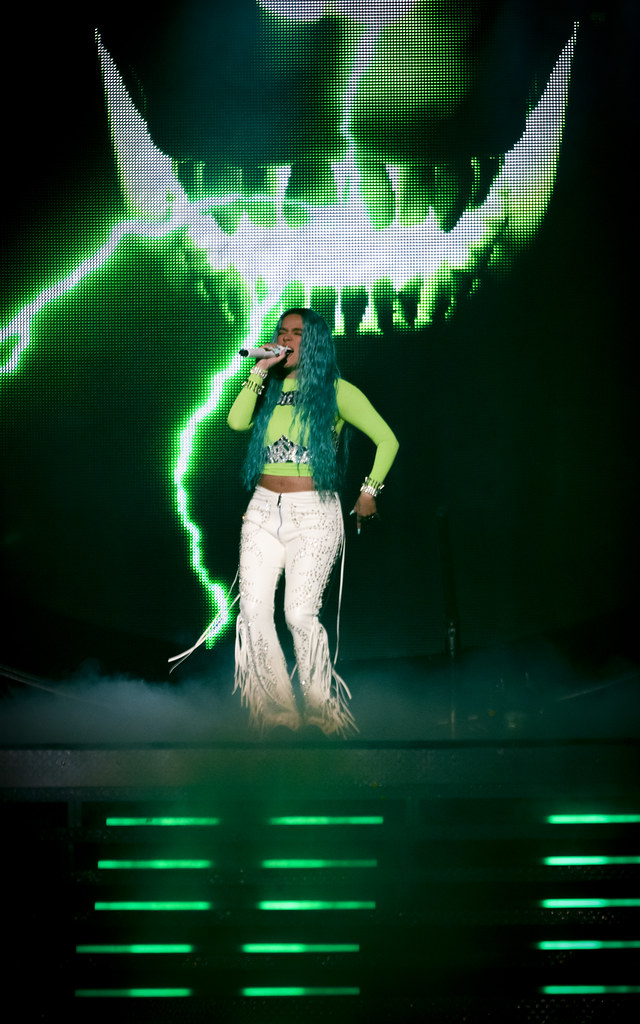 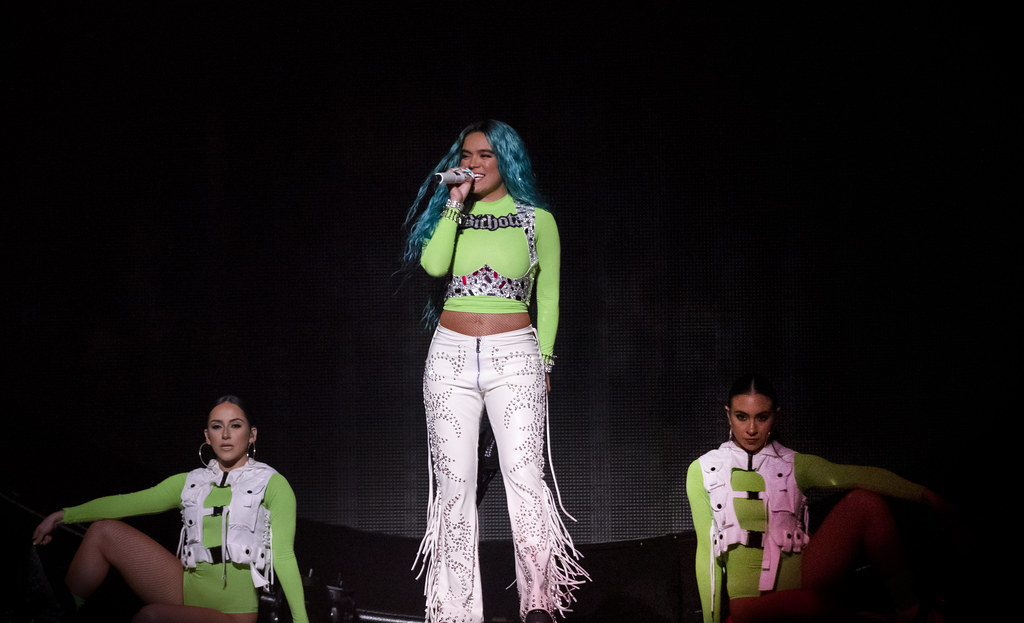 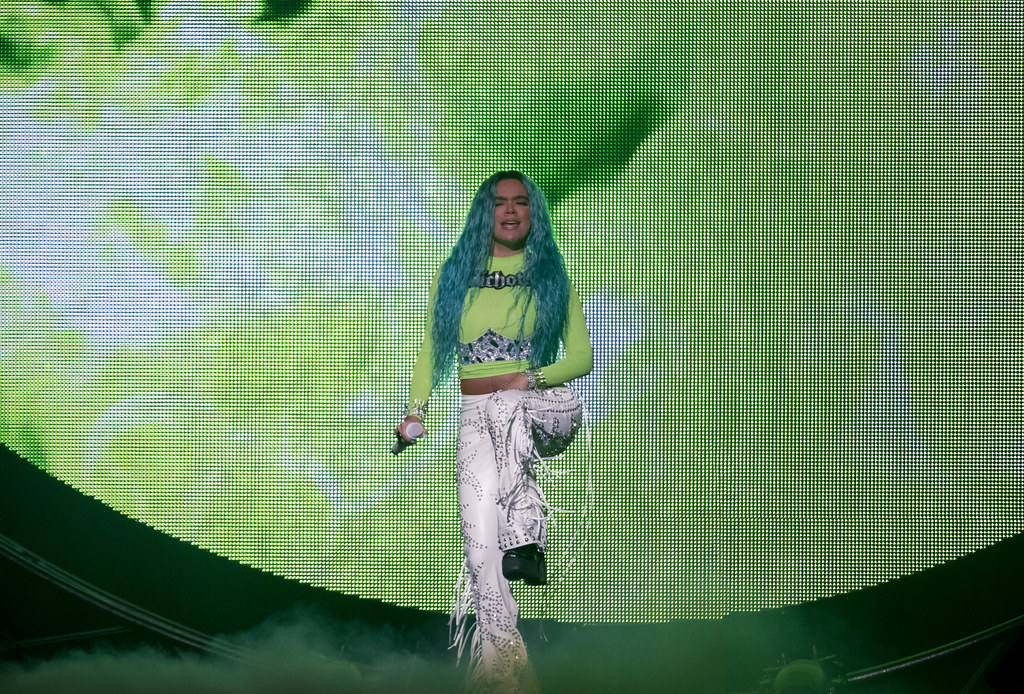 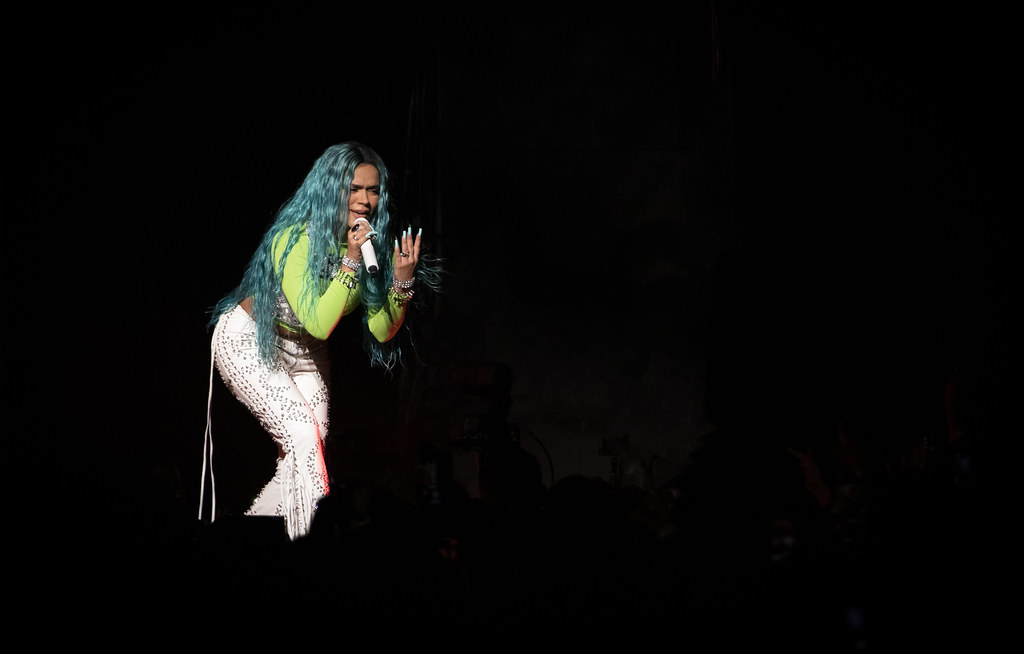 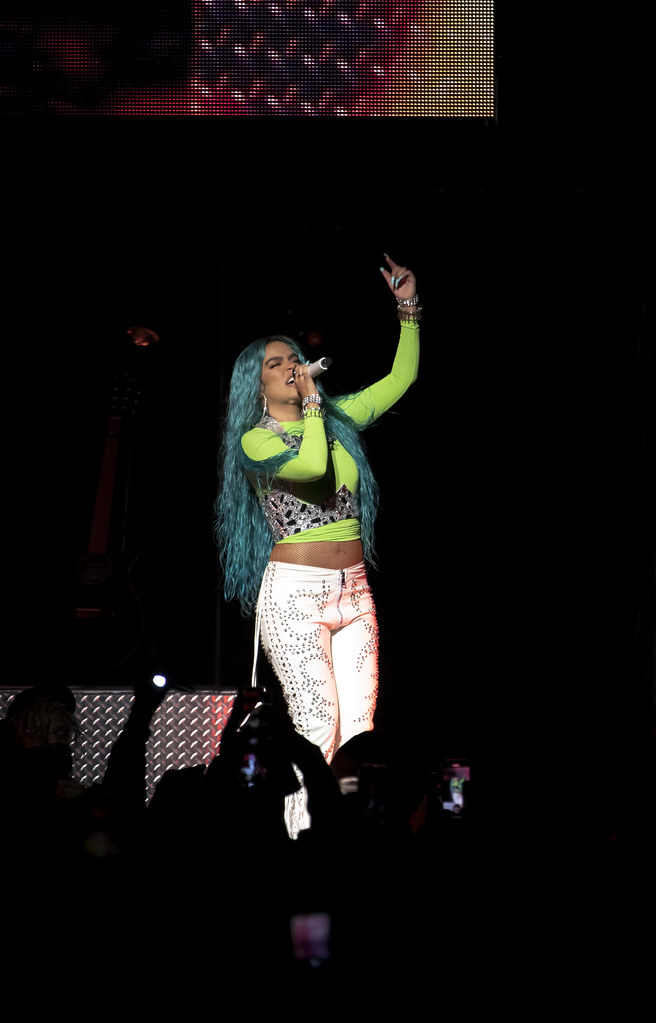 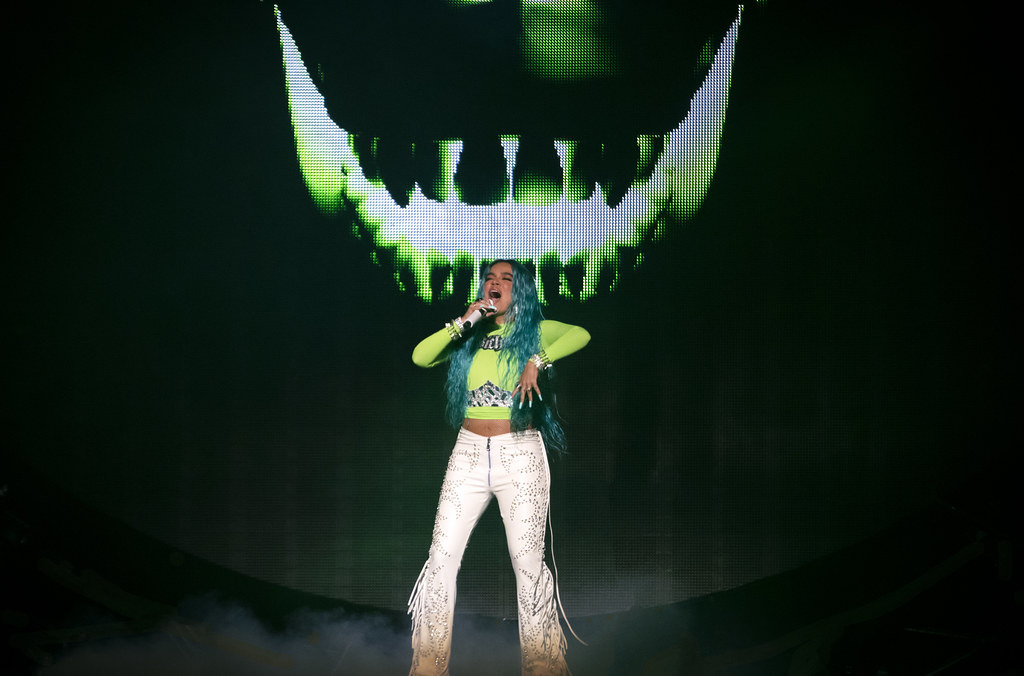 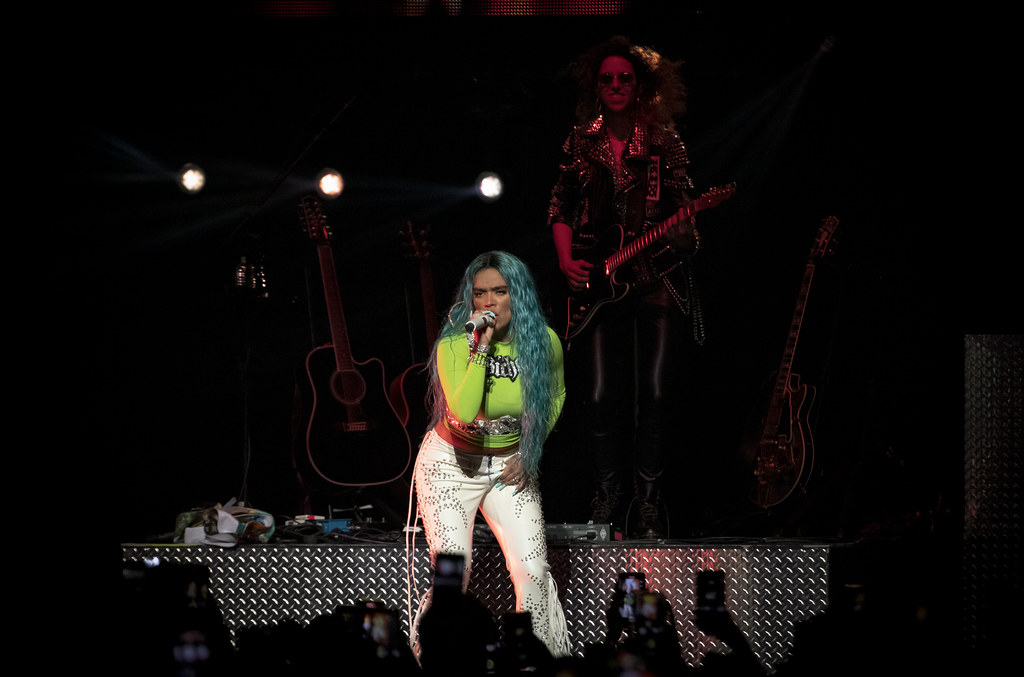 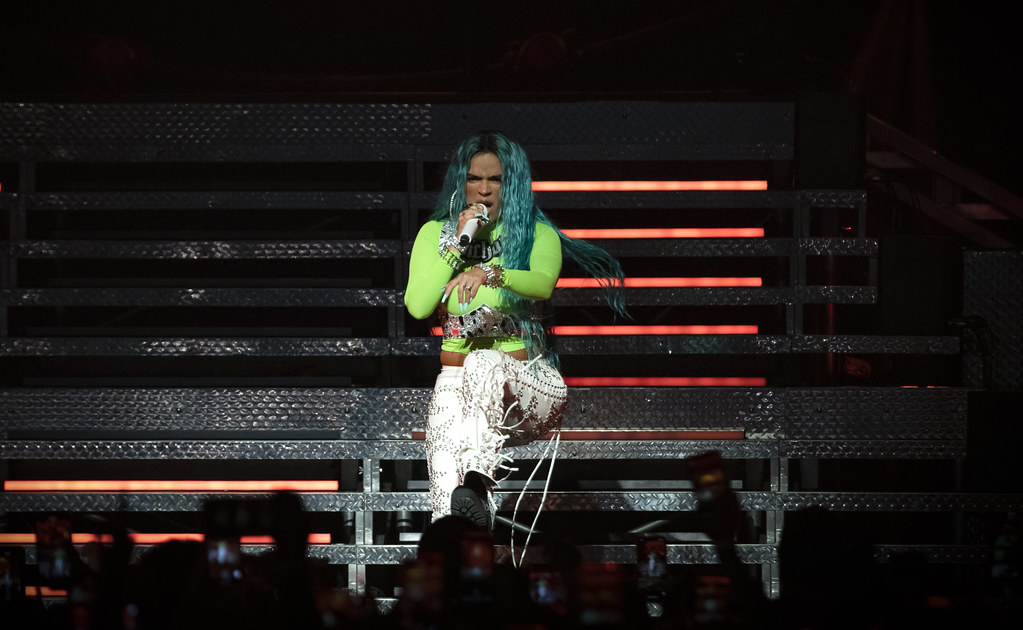 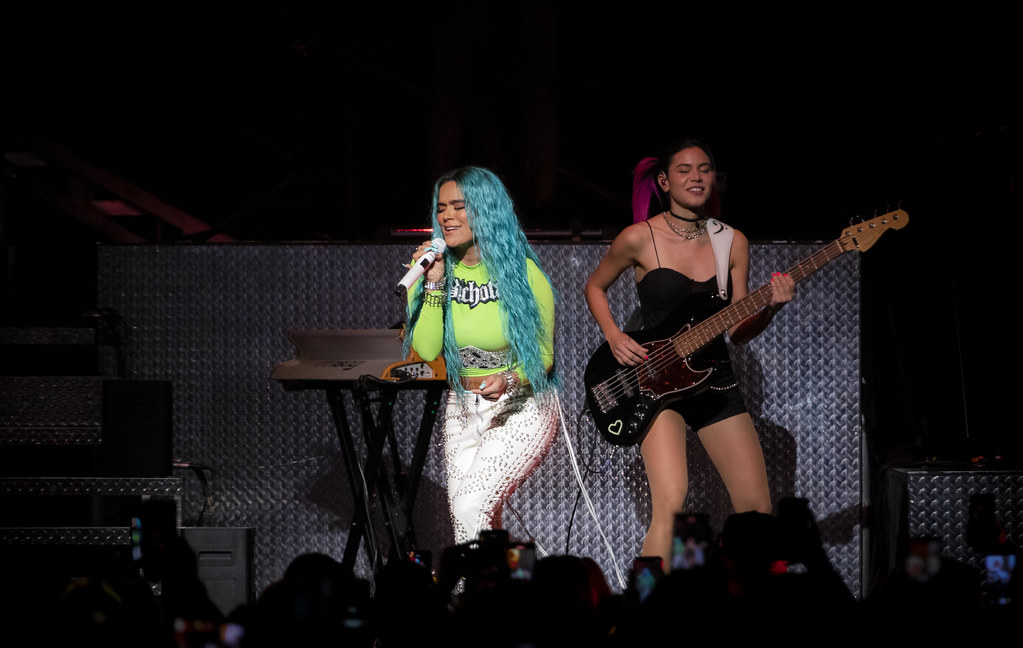