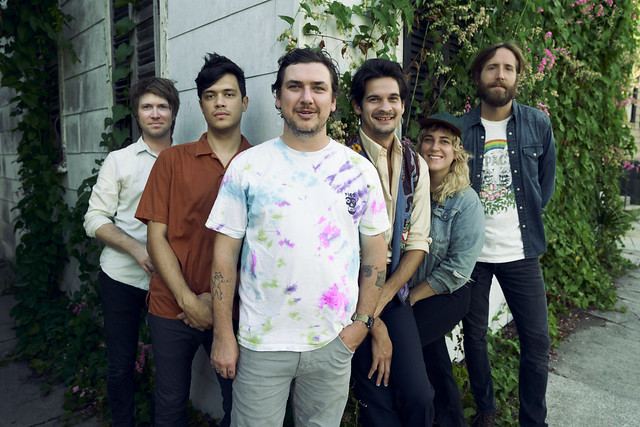 Last year, Americana septet SUSTO returned with Time in the Sun, the band’s latest record, via New West Records. The 11-song set was produced and engineered by Wolfgang Zimmerman (Band of Horses) in the band’s hometown of Charleston, South Carolina.

SUSTO perform their new songs and more at The Hamilton Live in DC on Saturday, Feb. 26!

The joy of birth, the closure of death, the warmth of true friendship, and the future rotate on the axis of the band’s New West Records debut. Frontman Justin Osborne distills this ebb and flow into songs underpinned by lyrical eloquence, unpredictable dynamics, and a thoroughly alive rock and roll spirit.

Prior to entering the studio, Osborne became a father and midway through recording, lost his own father to cancer. Osborne said, “Because I had begun writing when I found out I was going to be a dad, these events were the biggest inspirations for the record. It felt like I was in between the beginning and end of life. Up until my own father passed away, I felt like it was an album about new life and becoming a parent. His passing shifted the narrative towards the cyclical nature of life, death, and new births.”

Watch the official music video for “Get Down” by SUSTO on YouTube:

Since 2013, Justin Osborne has quietly prepared to make such a statement as Time in the Sun. He began penning songs as a teenager in South Carolina and after a hiatus from music, relocated to Havana, Cuba. While there, he befriended local musicians who encouraged him to focus on writing songs again. The band’s name SUSTO is derived from a Latin American term that can be roughly translated as “panic attack.”

Osborne said, “That deep fright was something that I was experiencing, and songwriting felt like it was helping me cure it.” SUSTO has become a live favorite through constant headline touring, support dates with The Lumineers, Band of Horses, The Head and the Heart, as well as festival appearances at Austin City Limits, Hangout Fest, Stagecoach, Hopscotch, Pickathon, AmericanaFest, and more.