Singer-songwriter Anais Mitchell is best known for her award-winning musical Hadestown, a retelling of the ancient Greek myth of Orpheus’s journey into the underworld to rescue his lover, Eurydice. In researching this blog, I was shocked to learn that Neil Gaiman did not, in fact, invent this myth for his Sandman comics; next, we’ll learn that he didn’t invent the word “carnifex,” either!

Bringing Hadestown to the stage has been the focus of Anais’s professional life for the better of the last decade. Just before the pandemic shut things down, however, she released a joint project, Bonny Light Horseman, with Eric D. Johnson (of the Fruit Bats) and multi-instrumentalist/producer Josh Kaufman, which they briefly toured behind. The record consists of interpretations and reworkings of old folk ballads; this is familiar territory for Mitchell, who has also released an album of Child Ballads.

At the Strathmore Music Center on Feb. 11, Bonny Light Horseman returned for a set, followed by an intermission, then a set by Anais. Most of BLH’s set consisted of songs from their LP (“Deep in Love,” “The Roving,” “Black Waterside,” “Lowlands,” “Jane Jane,” “Magpie’s Nest,” and the title cut), but they also played “Greenland Fishery,” which they recorded for their 7″ Green/Green. During the set, Anais and Eric had an ongoing bit that involved referencing John Cusack movies.

Earlier this month, Anais released her first solo record in eight years. The album reflects on becoming a mother; she had a “pandemic baby,” who is now two years old. She also left her longtime home in Brooklyn to move back to the family farm in Vermont where she was raised, she says, “as a hippy,” without television, comparing her family to hobbits. (Eric, for his part, mentioned that he was raised in apartments in Chicago, and watched a lot of television.) Her fondness for Brooklyn is evident in “Brooklyn Bridge.” (To continue the Tolkien comparisons, Eric is clearly an elf, and Josh is a dwarf.) The album was recorded at an old church called Dreamland, and, for Anais, it was a welcome break from new parenthood and a chance to spend time with other adults.

The album deals with some of the common themes that come with aging, like loss. “On Your Way [Felix Song]” is named for fellow musician, Felix McTeague. The two shared a manager early in their careers. He passed away in 2020, and Anais still has his last message on her phone. The set opened with the track “Real World,” and also included “Bright Star” and “Revenant.” “Backroads” and “Watershed,” she explained, both reference the Bristol watershed, which is near where she went to high school.

Watch the official music video for “Bright Star” by Anais Mitchell on YouTube:

The set also included a number of cuts from Hadestown. Introducing “Wedding Song,” Anais explained that Orpheus is asked how he is going to provide in these hard times, to which he replies, not to worry, I’m a singer-songwriter. One of the joys of Hadestown is that, while it is grounded in Greek myth, is also a clever commentary on many aspects of contemporary society and culture, some of which, like “Why We Build The Wall,” proved to be quite prescient. Other numbers from the production included “Flowers” and “Chant II.”

While the length of the set precluded much visitation of her back catalogue, Anais did play “Wilderlands.” She closed the set with “Little Big Girl,” and, for the encore, she performed “Words,” then brought back Bonny Light Horseman to end the evening with “10,000 Miles.” After a long week, it was a welcome respite, beautiful, relaxing folk, a balm for the soul. All the performers, especially Anais, radiated warmth, and it was great to be able to enjoy live music together again.

Here are some pictures of Bonny Light Horseman performing at the Strathmore Music Center on Feb. 11, 2022. All photos copyright and courtesy of Casey Vock. 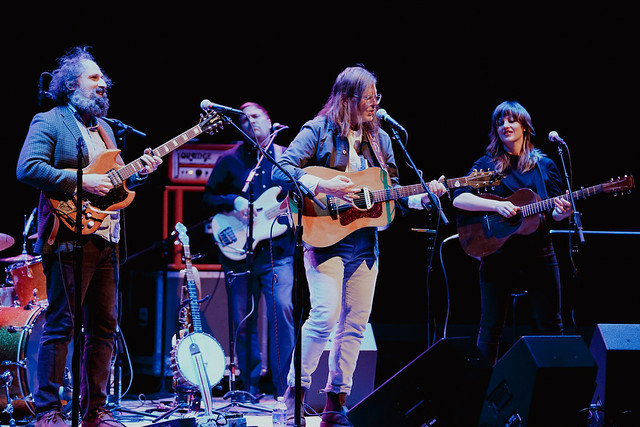 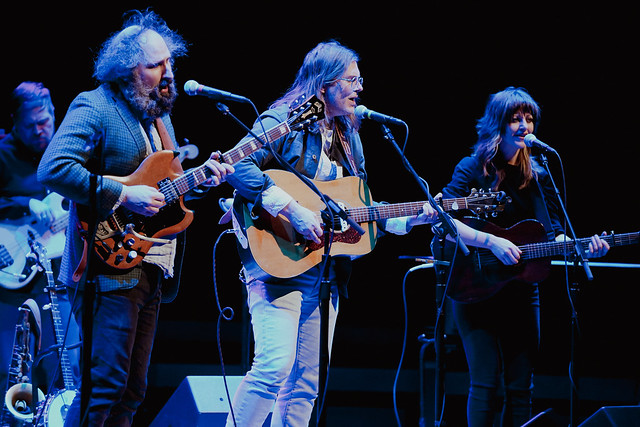 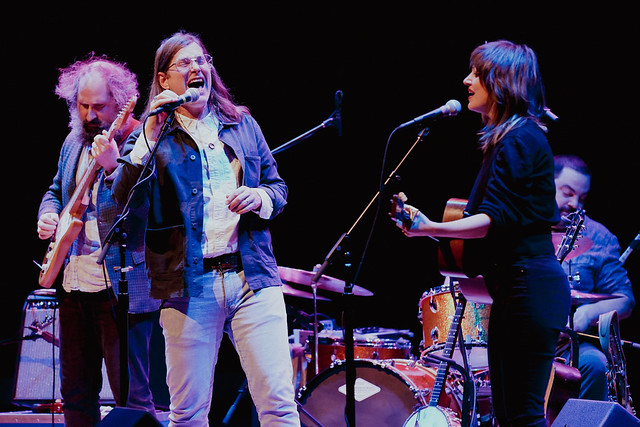 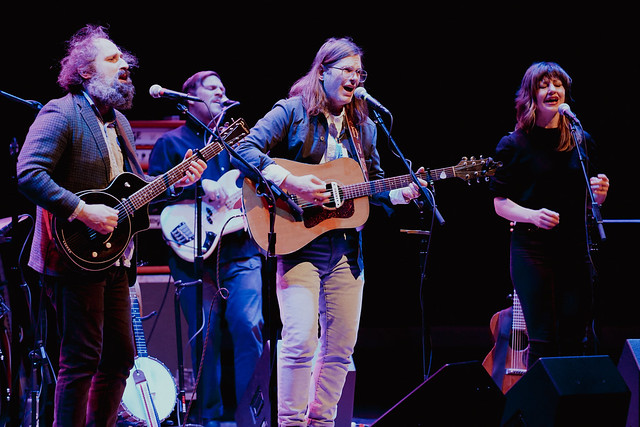 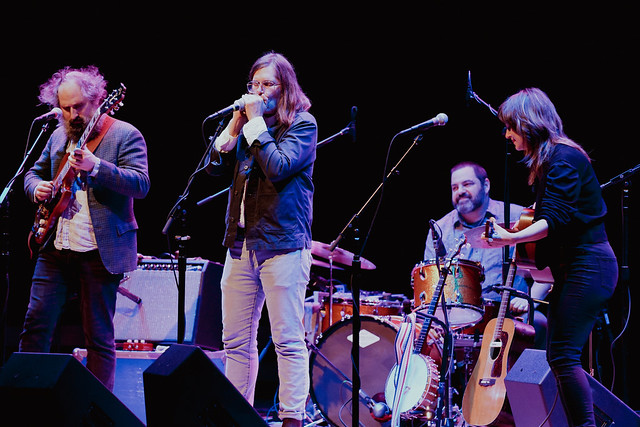 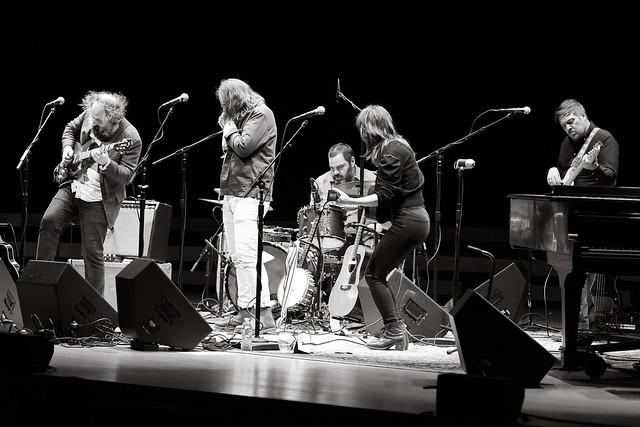 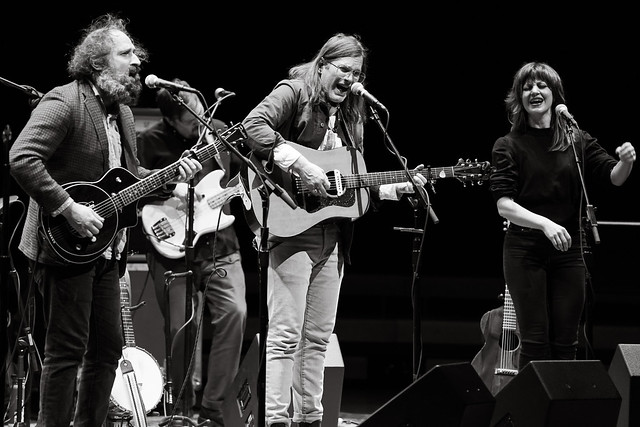 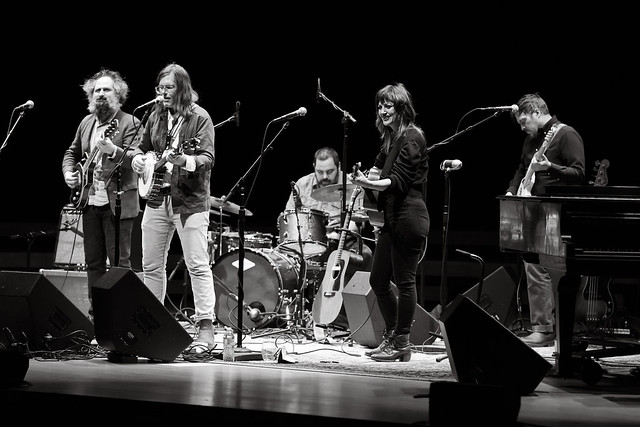 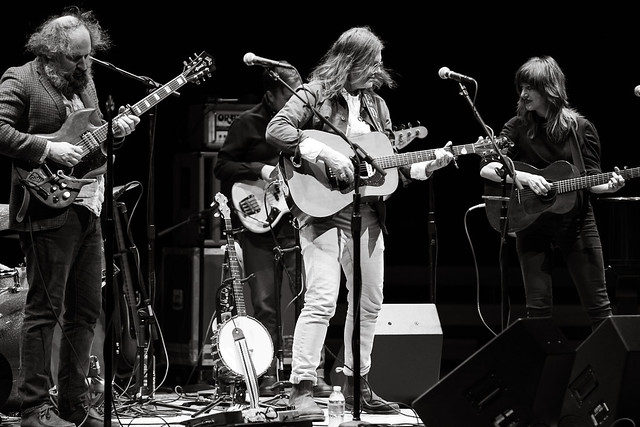 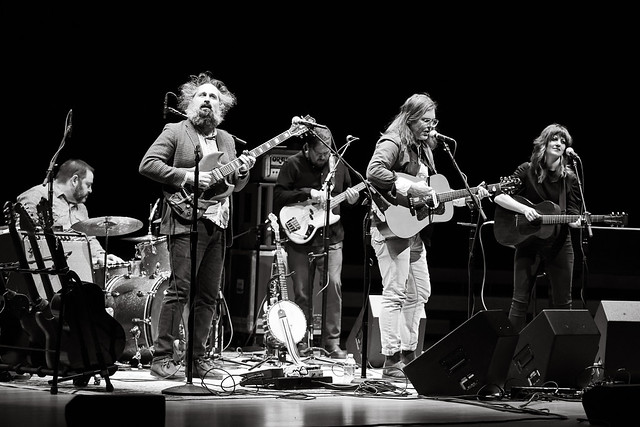 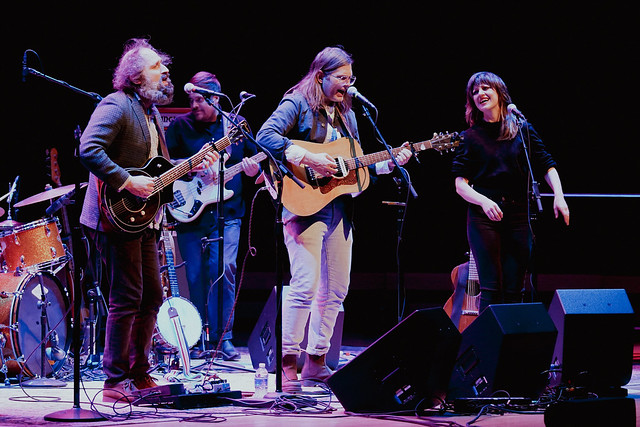 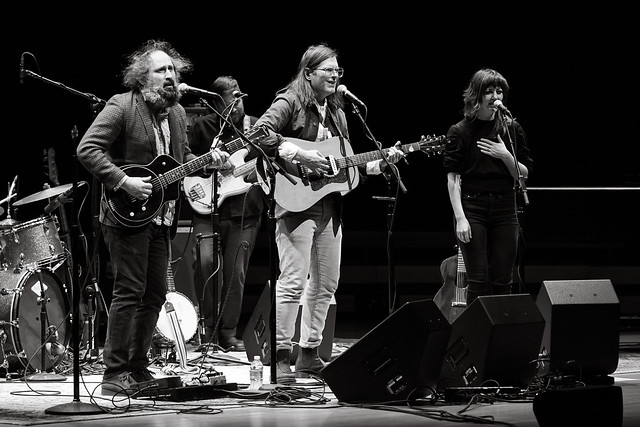 Here are some pictures of Anais Mitchell performing solo at the Strathmore Music Center on Feb. 11, 2022. All photos again copyright and courtesy of Casey Vock. 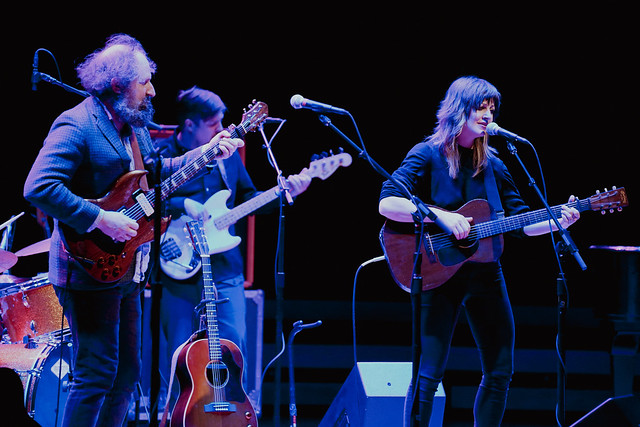 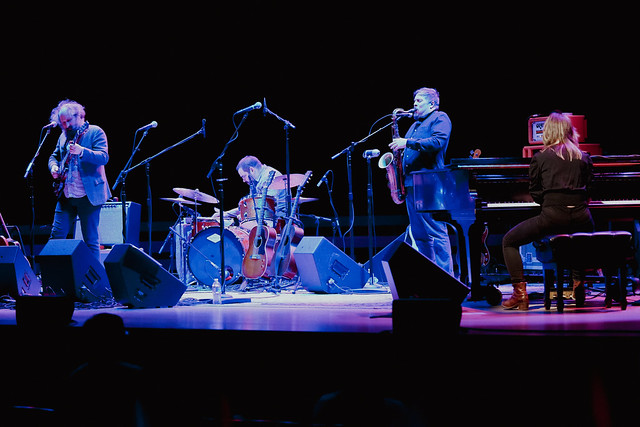 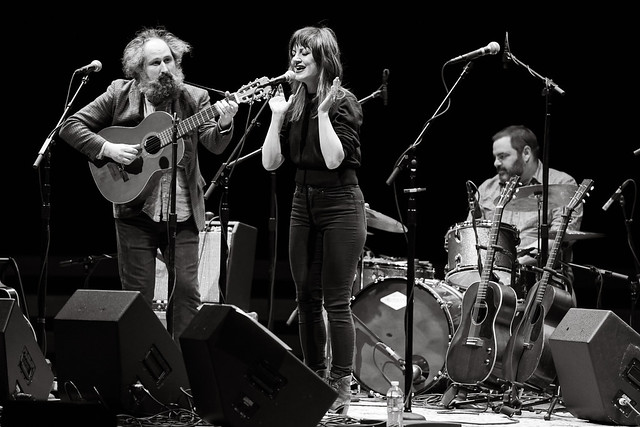 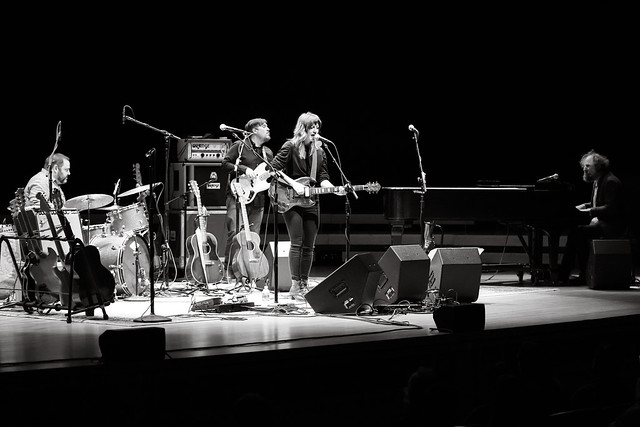 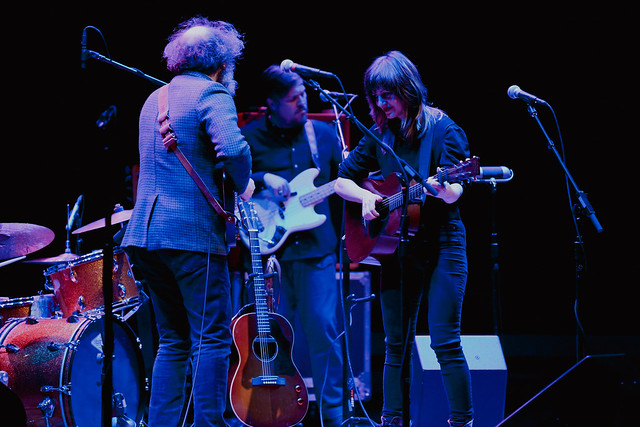 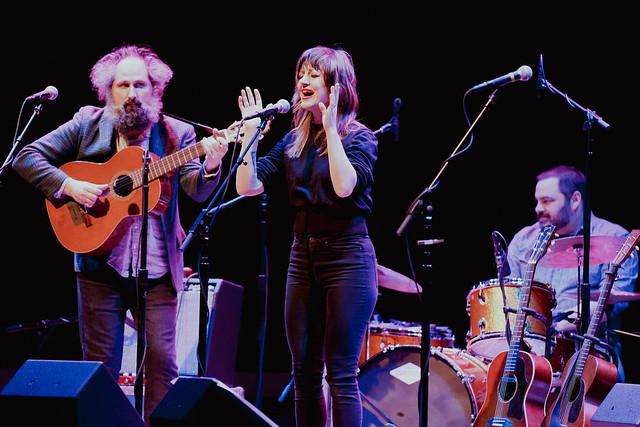 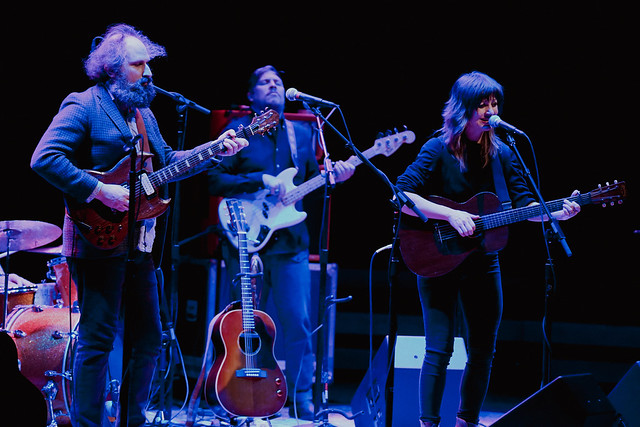 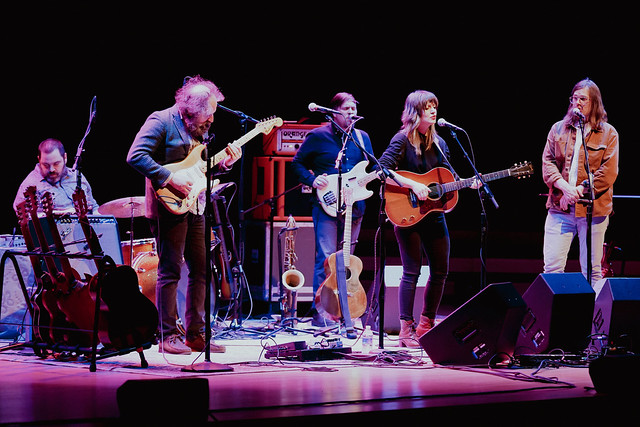 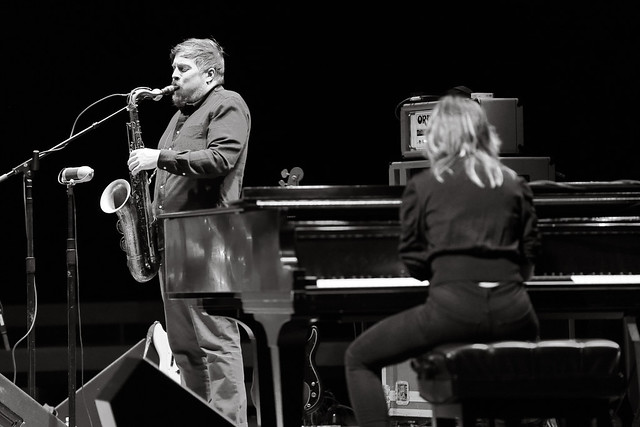 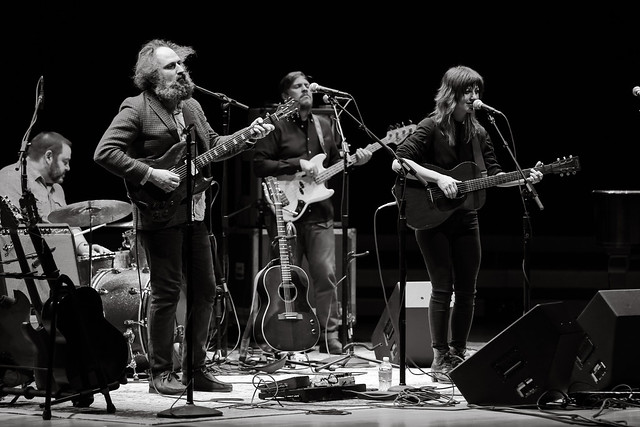 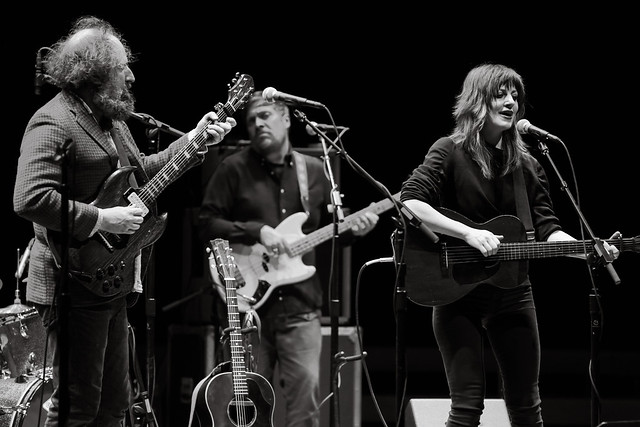 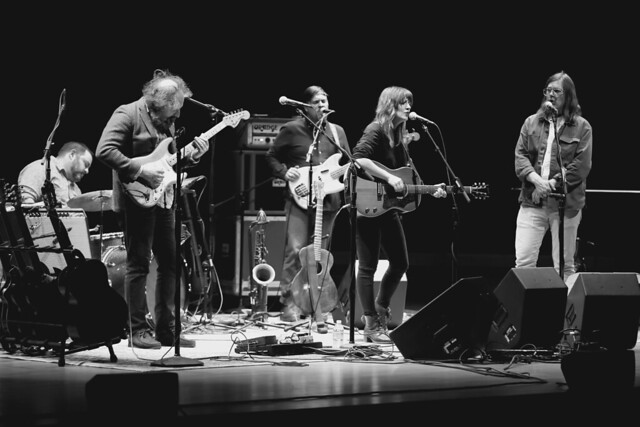