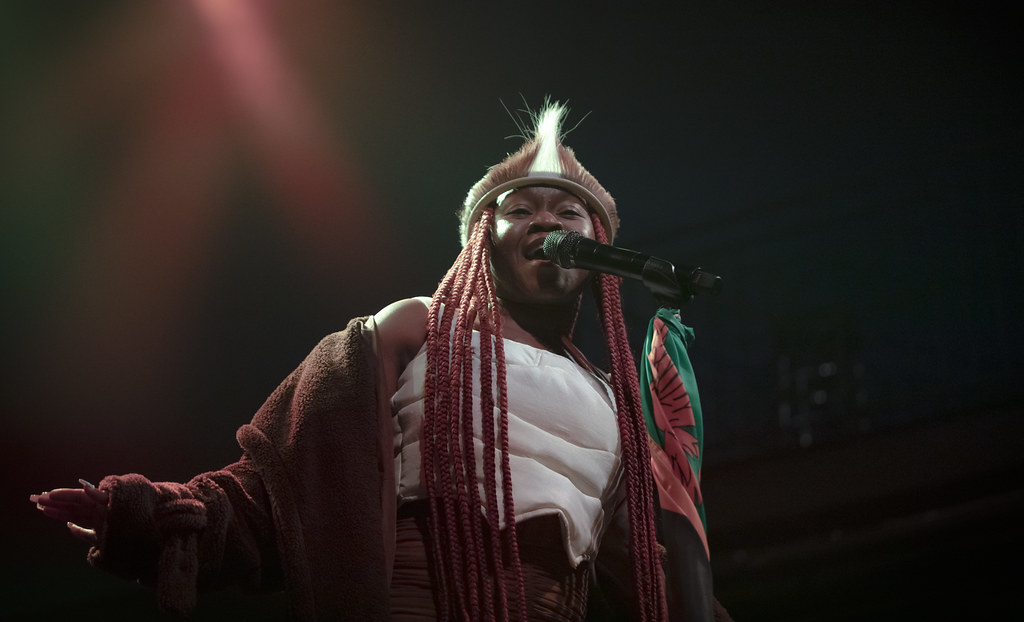 Freedom is a concept that has bent nearly to its breaking point in recent years — the freedom of movement, financial security, and sovereignty. During a recent show at DC’s 9:30 Club, Zambian rapper/singer Sampa Tembo, better known as Sampa the Great, had one rule — be free!

The March 29 show was the second stop of Sampa the Great’s first North America tour — a fact not lost on the young artist and her band. The enthusiastic all-Zambian ensemble wasn’t going to squander the opportunity to impress DC fans.

The rhyme-spitter commanded a presence akin to a tour veteran. She stomped across the stage, often stopping to dance and engage the audience. The band kept the funk thick as the background singers’ vocals soared. The talent on stage was unquestionable; each of the musician’s gifts shined during their performances of “Freedom,” “Energy,” and “Leading Us Home.” 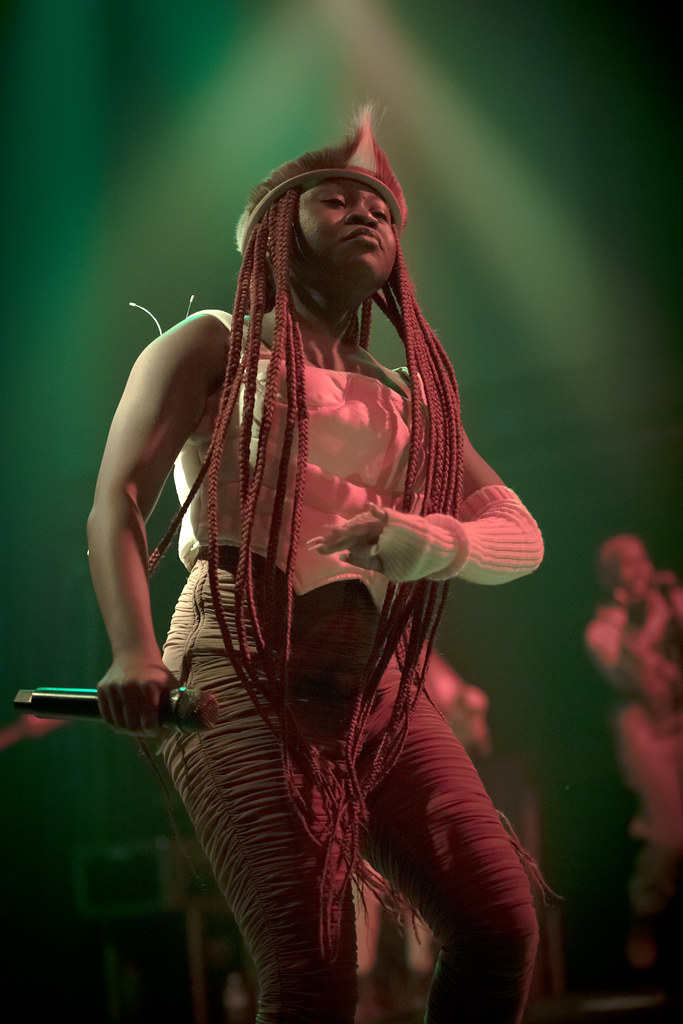 The idea of home can be subjective. Sampa the Great was born in Zambia, raised in Botswana, and moved to Melbourne, Australia, after earning an audio engineering Bachelor’s degree in 2015. These tidbits, elemental to most biographies, are vital to understanding Sampa’s story. Her heritage, family, and experiences as an immigrant are the foundations for her career. The results are songs that intertwine the themes of national pride, identity, and displacement. Motifs heard and felt during Sampa’s performance of “OMG.”

Watch the official music video for “OMG” by Sampa the Great on YouTube:

During the show, Sampa shared the joy of returning to Zambia after a prolonged absence. The fans were pleased to hear that the result of that journey is an upcoming album, which includes a collaboration with the legendary singer-songwriter Angélique Kidjo. The four-time Grammy winner and Beninese icon called Sampa the Great’s music “fire” during a CNN interview with Christiane Amanpour.

The Kidjo co-sign is on the money. Sampa the Great is among a new wave of African artists taking the world by storm. Similar to another icon, the incomparable Lauryn Hill, Sampa’s creative output appears to be on her own terms. Midway through the concert, Sampa took a detour from her material to pay homage to Ms. Hill. She performed a cover of “Fu-Gee-La” from the timeless 1995 Fugees album The Score. The band shifted gears on the familiar track taking it from hip hop to dancehall reggae — a welcome reshaping of the classic that ignited dancing feet.

“You mean women can rap? AND, even better than the men,” said Sampa about the first time she heard Lauryn Hill. “Representation is important,” she continued. Her astute observation is a fact across all aspects of life — a moment of seeing someone who looked like her doing something awe-inspiring sparked Sampa’s creative drive. Years later, she pays it forward with both empowering and political lyrics. The verses on “Time’s Up,” which aims at the corrupt and racist aspects of the music industry, and “Final Form,” described as a middle finger to oppression, pull no punches.

Sampa the Great’s debut studio album, The Return, was released in 2019. Due to the pandemic, she went from riding a wave of critical acclaim to wondering if she’ll be able to survive as a musician. The crowd response to her recent performance should put those concerns to rest.

Here are some photos from Sampa the Great’s performance at 9:30 Club on March 29, 2022. All photos copyright and courtesy of Will Colbert. 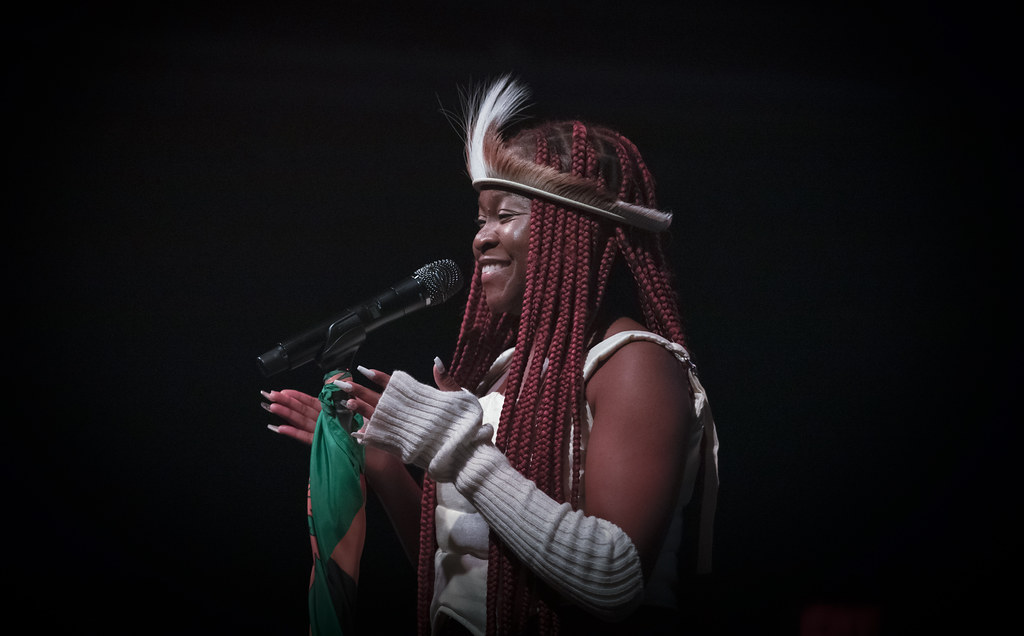 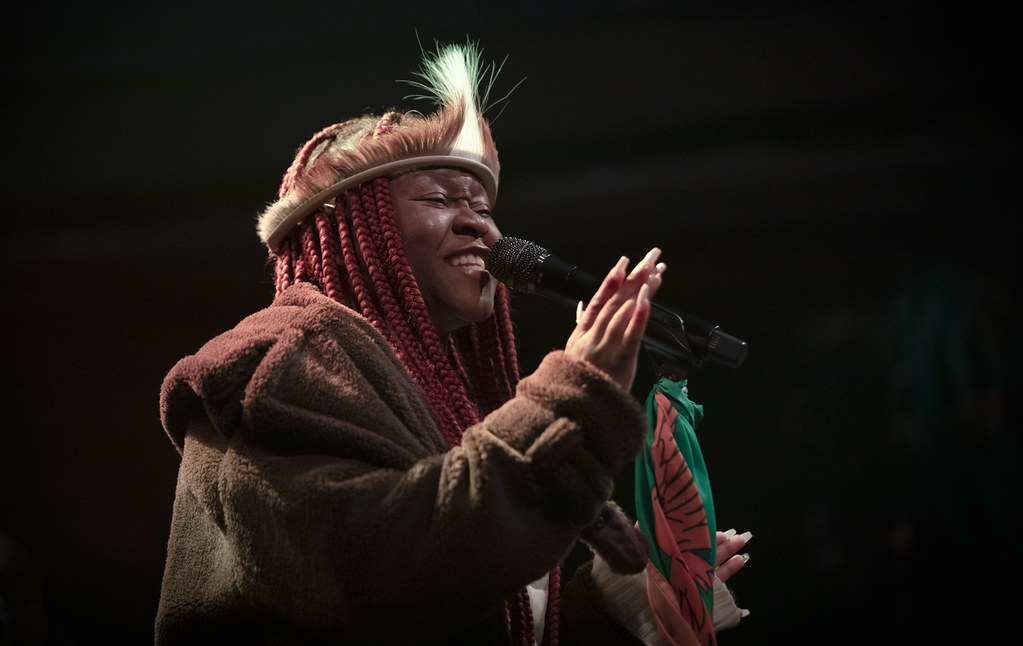 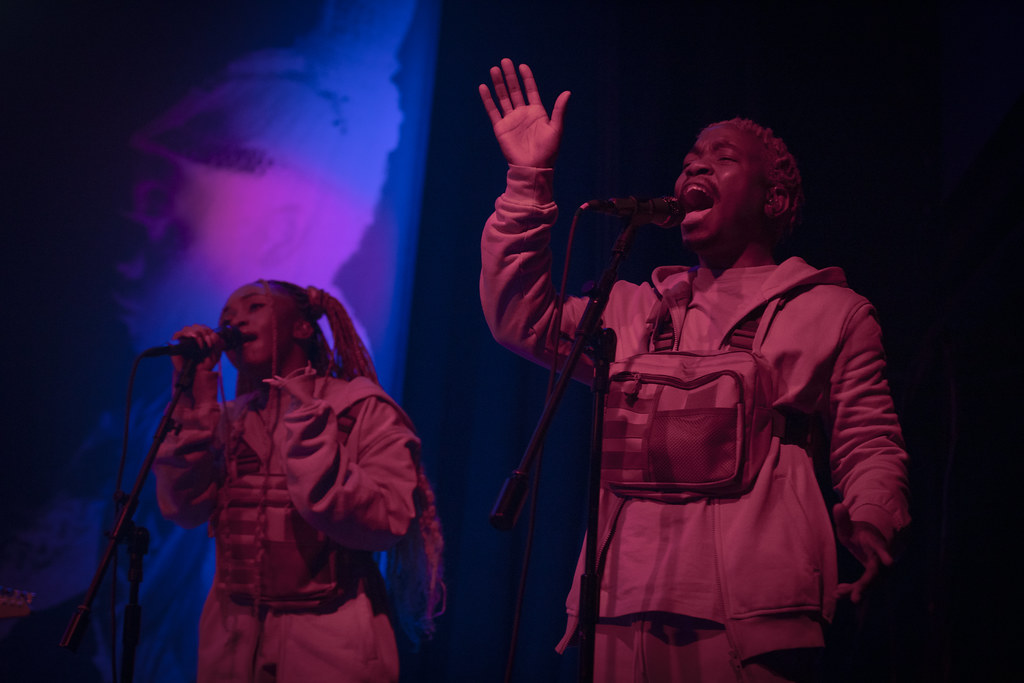 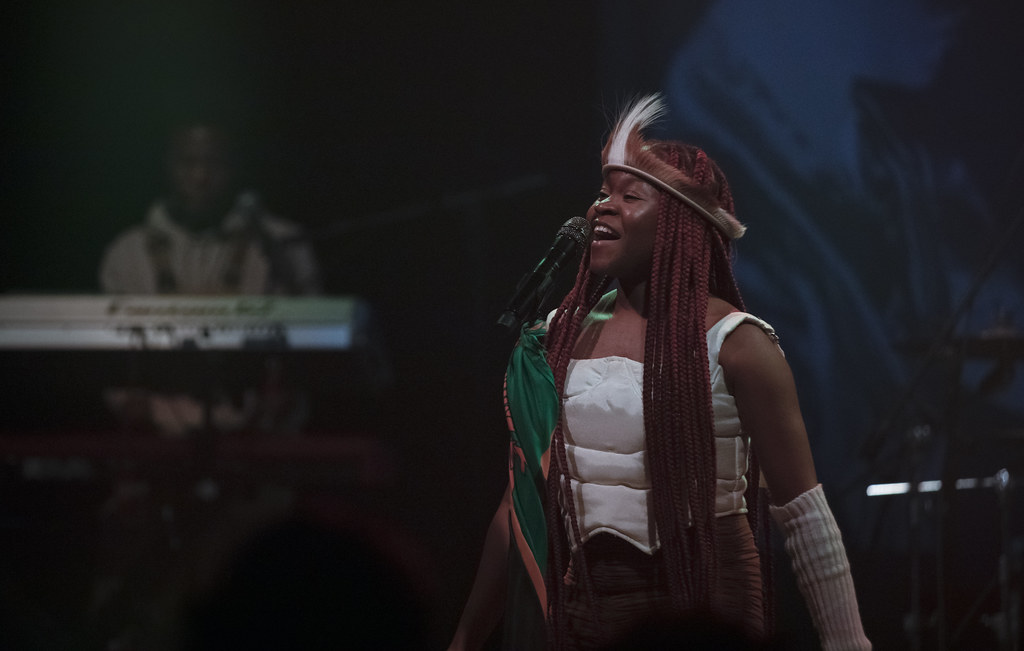 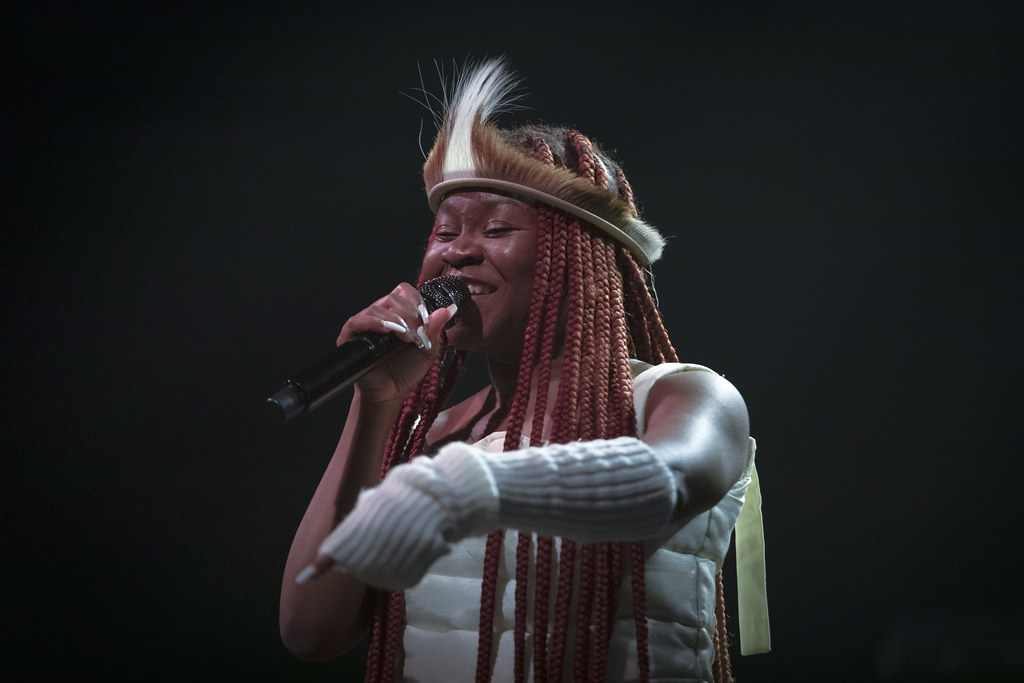 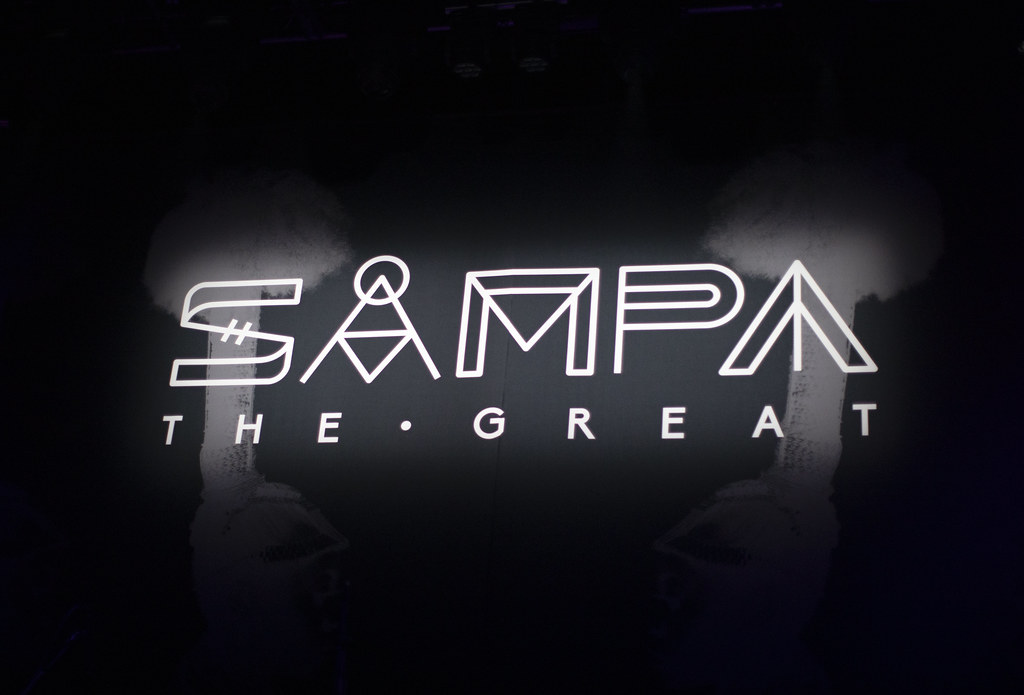 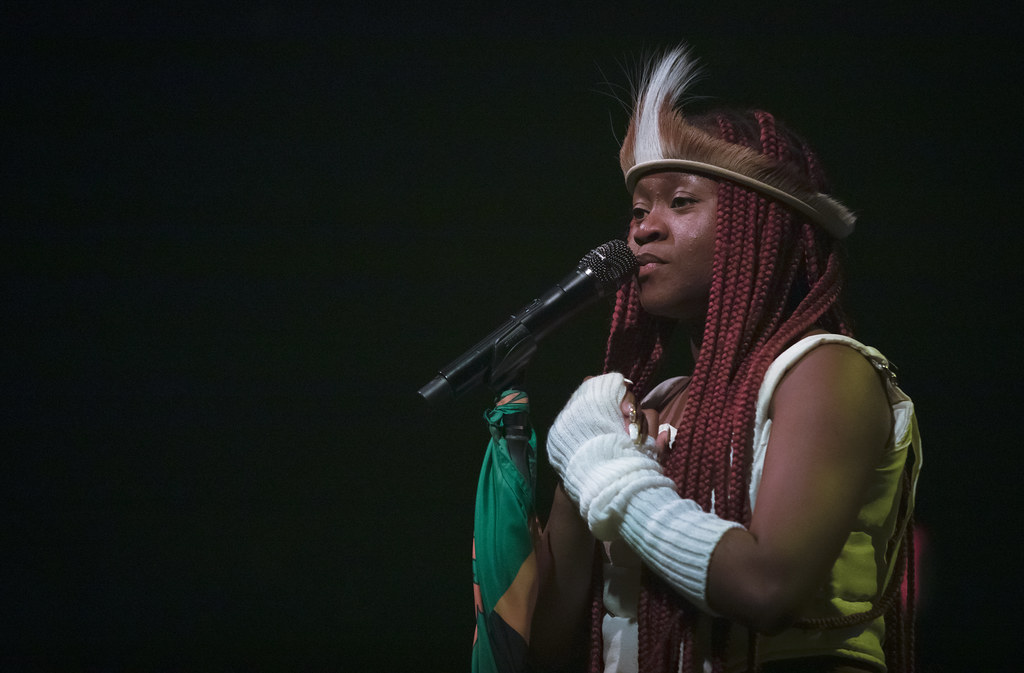 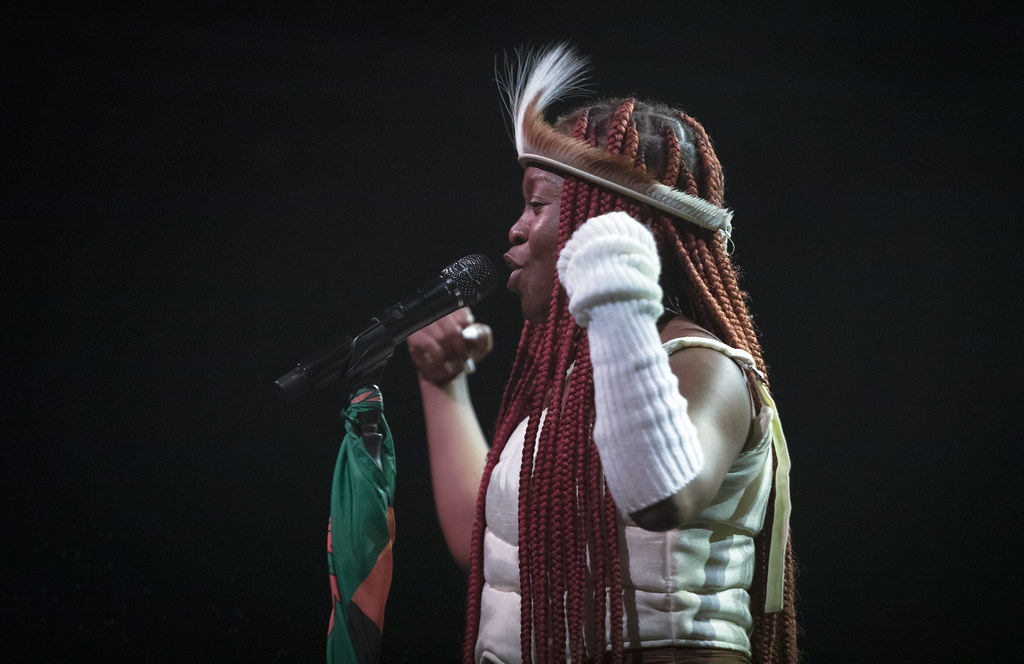 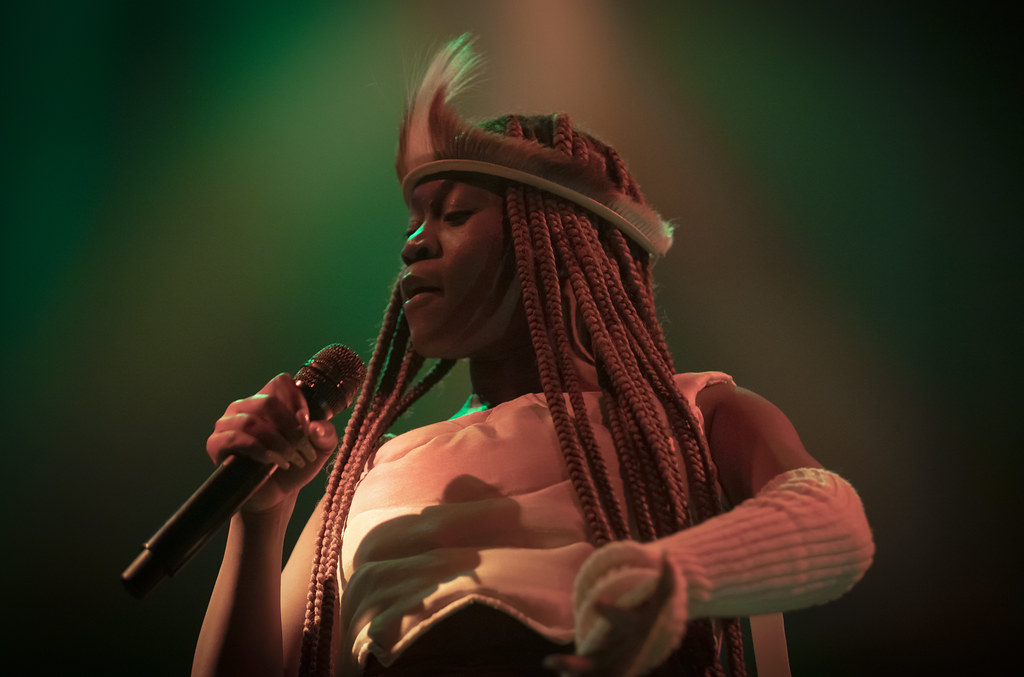 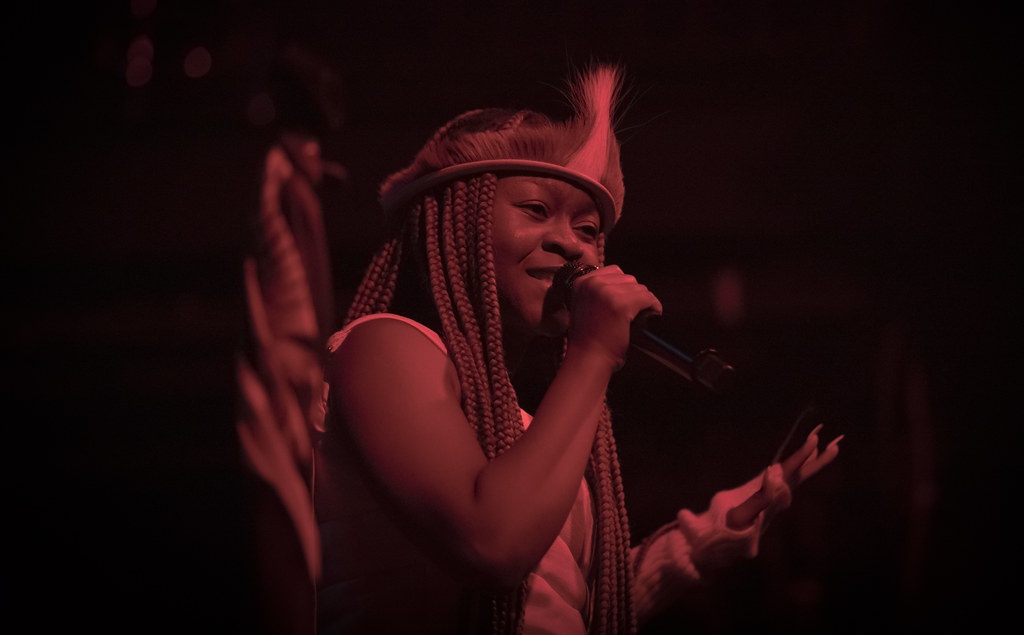 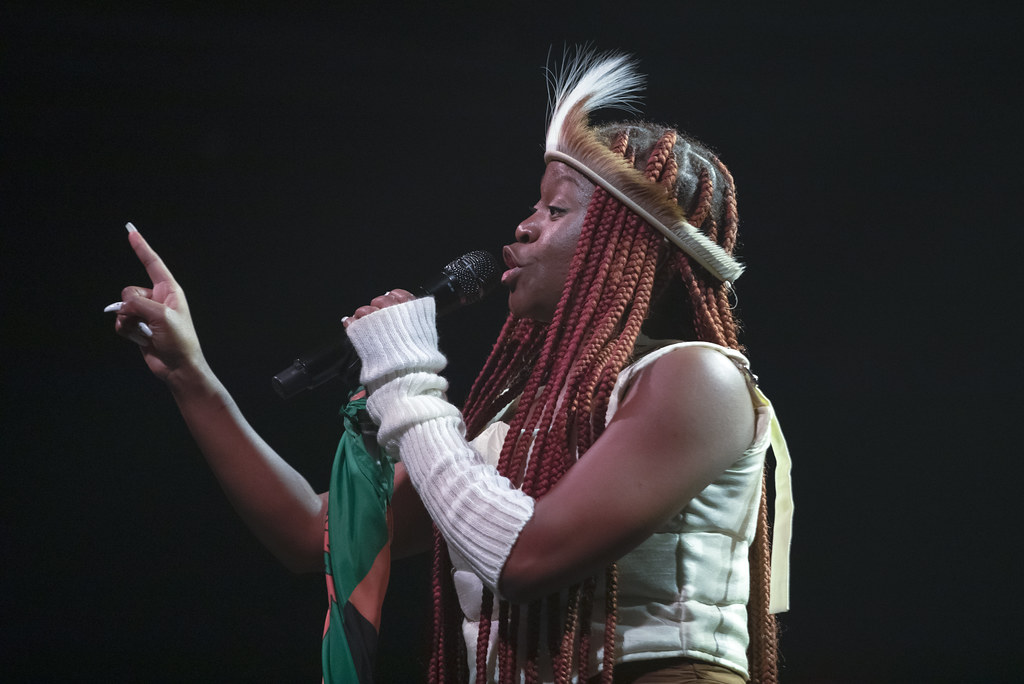 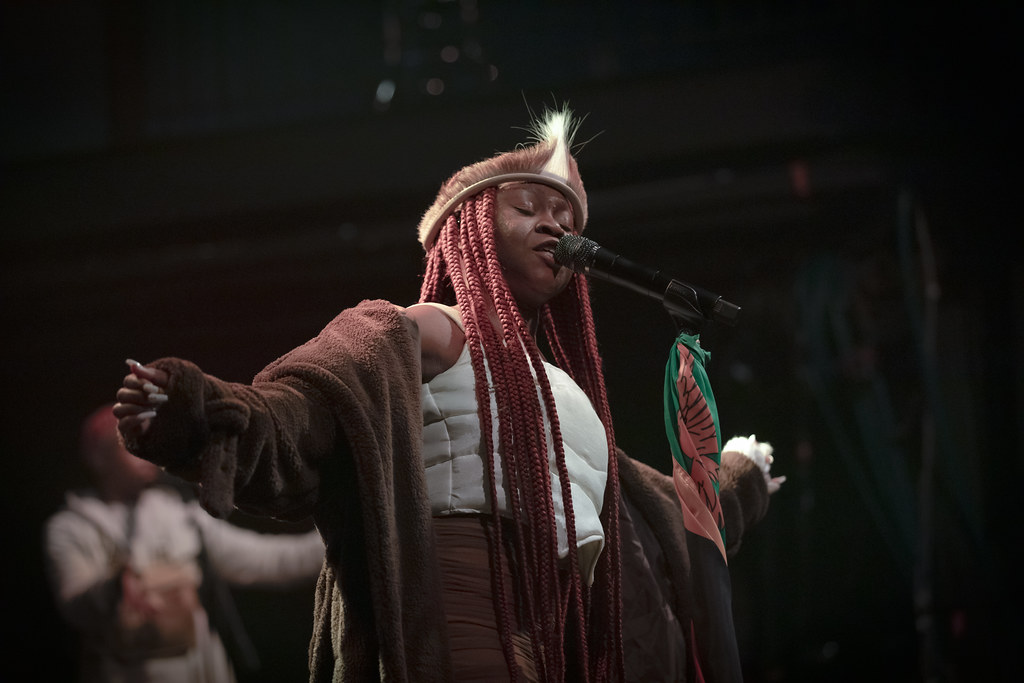 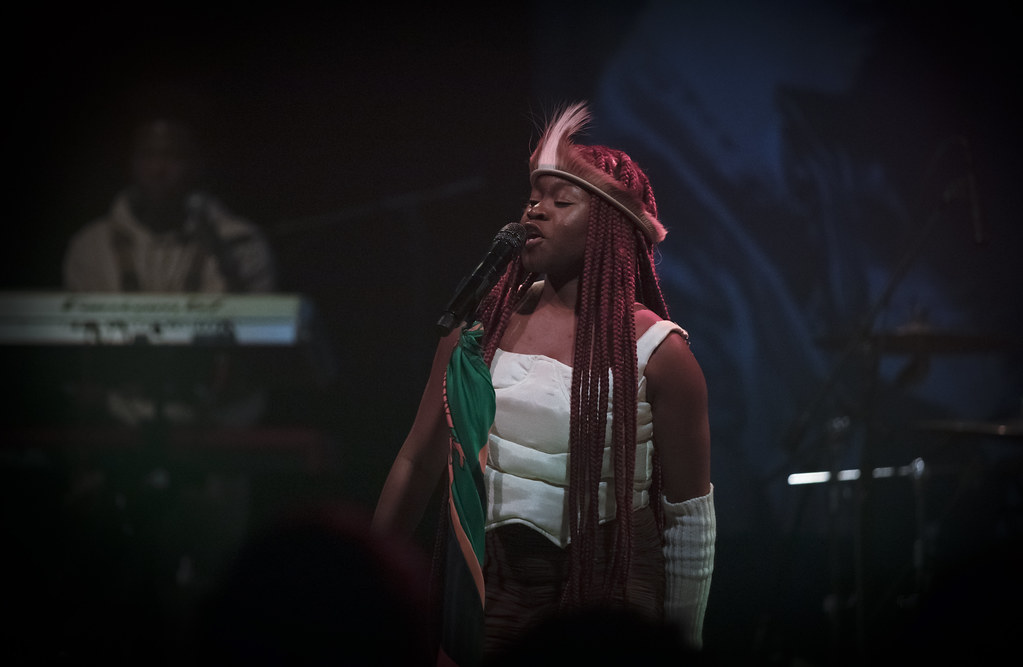 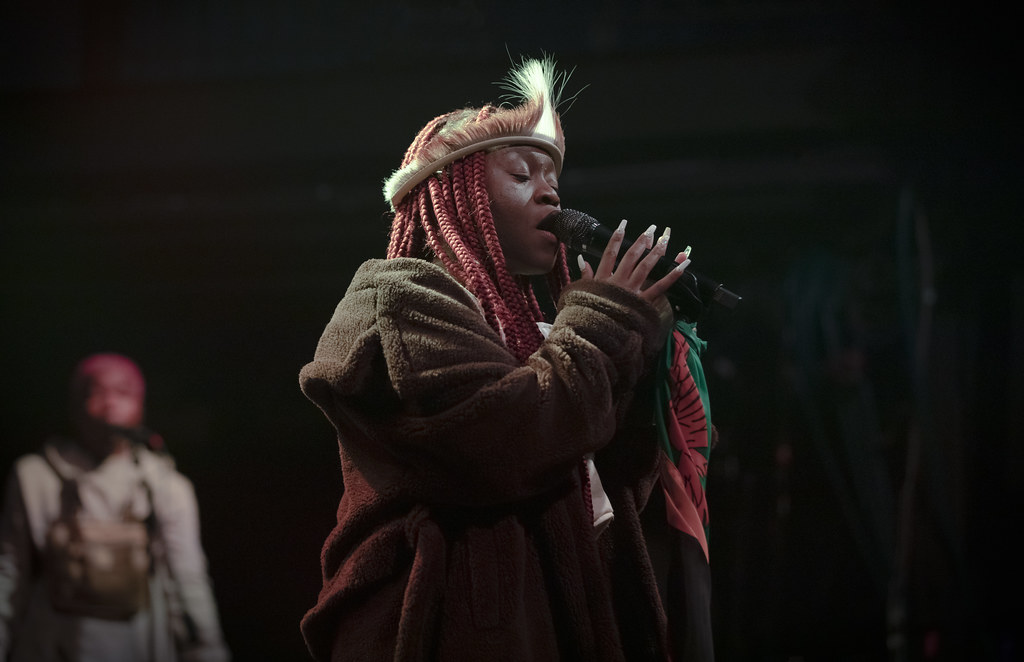 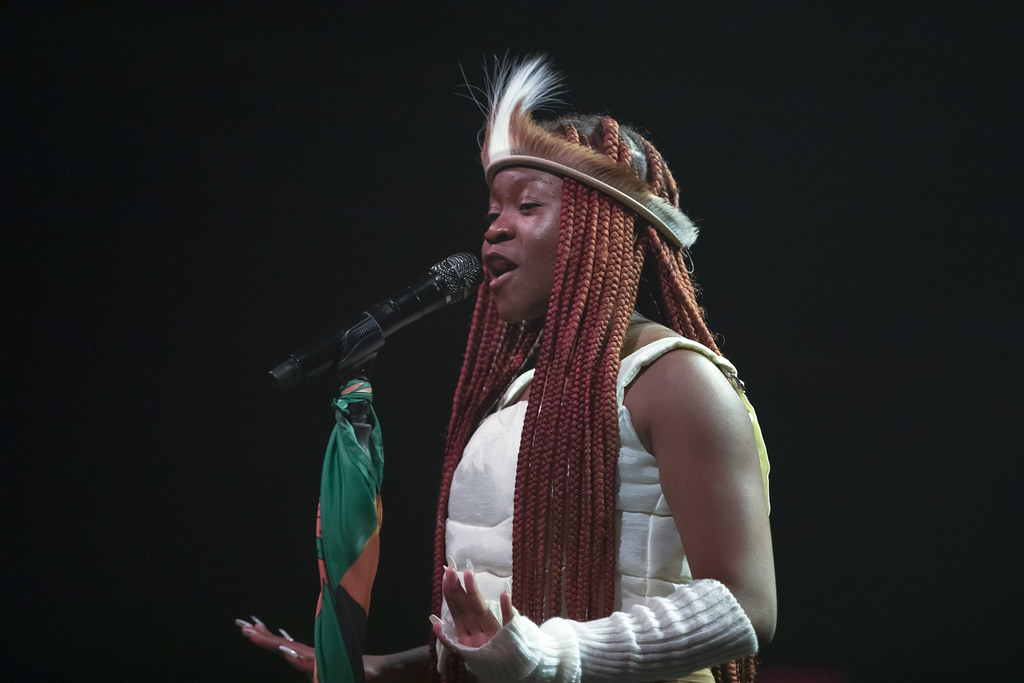 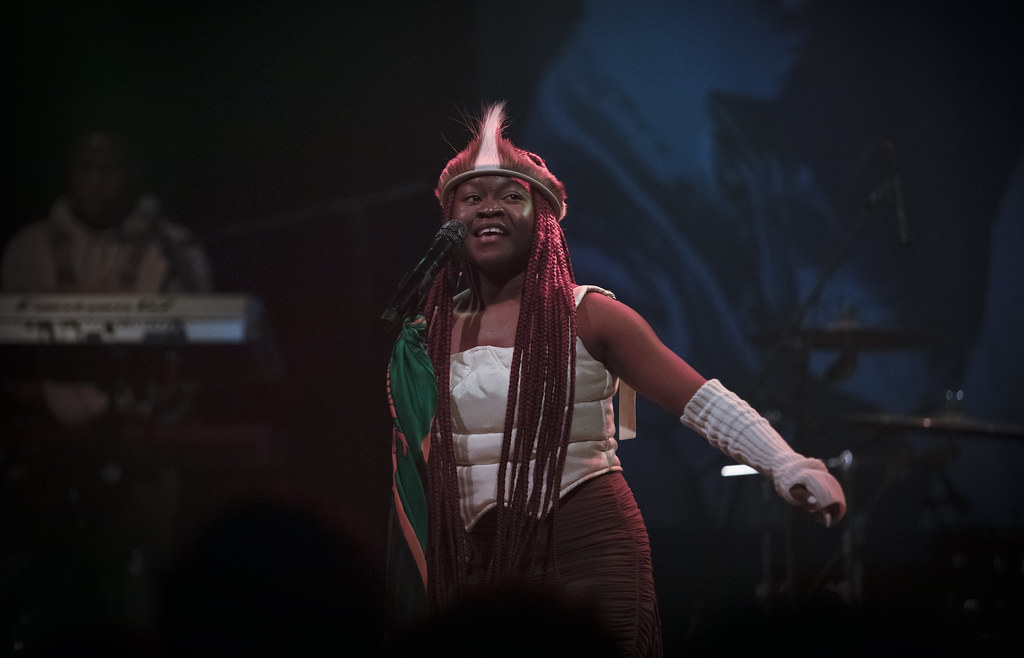 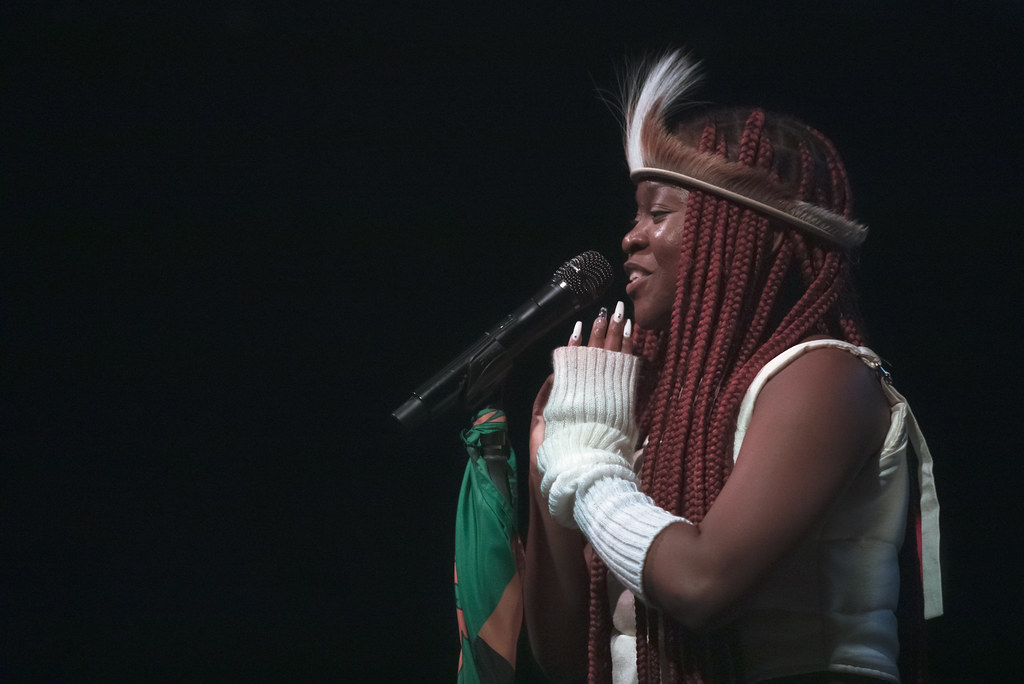