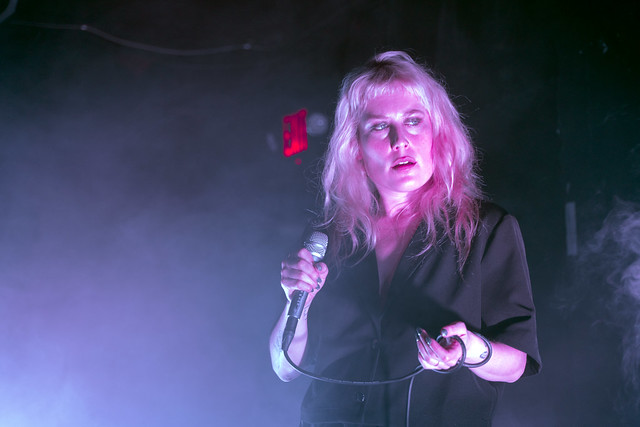 Boy Harsher have begun to break out of a niche and find a wider audience, and this is quite a good thing, as evidenced by the very crowded room in their recent show at Black Cat.

Early in their set, Boy Harsher, a duo of vocalist Jae Matthews and synthesist Gus Muller, presented “Give Me a Reason,” a song from their most recent project, this year’s soundtrack album to their film, The Runner. Left to its own devices, the song sounded 100 percent as if it could have sprung from the chart lists of eastern Europe in the very early ’80s. Jae intoned huskily over a bounding synthline, each allowing the sound plenty of room to breathe and a lot of space to mesmerize the enthralled gathering.

The Runner is a 39-minute film that partly documents Boy Harsher’s musicmaking process and that partly invokes a feeling of paranoia as its main character — a woman haunted by *something* — seems to go mad. Boy Harsher recorded an album and released it via their own Nude Club label. But as performed on April 10 at Black Cat, the song alone has nothing truly to do with the supposed horror genre of said film. It roiled and built a sense of foreboding, but all the same it was a clever representation of minimal synthpop, appropriately called dark wave, that could and should appeal to anyone who enjoys a good dance beat paired with shadowy female vocals. In 1980, Boy Harsher would fit very nicely alongside Siouxsie and the Banshees, Cocteau Twins, and similar bands.

Boy Harsher performed to other tracks from The Runner over a 13-song set — including “Tower” and “Escape.” The songs relied on repetition and themes of freedom, trust, and togetherness, delivered by Jae as she stepped from side to side under dark strobe lights and through billowing fog.

Stream The Runner by Boy Harsher on Spotify:

Given even more consideration at Black Cat was Boy Harsher’s 2019 album, Careful, the band’s second full-length studio record, from which they performed four songs. I heard “Fate,” the first of those four songs, early in the show, and I understand that this was Boy Harsher’s raison d’etre. They sought to mine feelings of loneliness and despair, but they remained on the surface level of that melancholy. The questions they asked of the listener did not seem particularly alarming.

But then, the band works as if to make music for movies, and there they want to unearth darker allegories. The duo apparently always has worked this way even before the release of The Runner in January. In a way, they are not dissimilar from Johnny Jewel’s Chromatics project in its goal of producing cinematic, pleasing, and immersive sound. A step further, and you find an extraordinary resonance with one of their heroes, filmmaker David Lynch, and his embrace of media as a means by which to evoke a sensation or emotion rather than relate a linear tale.

Watch the official music video for “Fate” by Boy Harsher on YouTube:

In the latter half of the concert, Boy Harsher fascinated concertgoers with perhaps the most beguiling cover tune you will ever hear — their rendition of “Wicked Game” by Chris Isaak. Already a smoky, spare, and evocative song, “Wicked Game” permitted Boy Harsher to do all of the things they do best within someone else’s composition. Jae’s expansive voice interpreted the lyrics in a wholly appealing manner while Jae’s synths reduced the song to an essential melody. They used the same skills in encore selection “Pain,” the 2014 single that first began building their audience. That single drew the attention of a niche goth crowd, but Boy Harsher will certainly expand their horizons and reach more and more ears on their current trajectory.

Overall, Boy Harsher were a revelation. Whether you are familiar with their work or not, you should check all preconceptions of the duo at the door when you go to see them. Boy Harsher are a nightclub act in the best possible way, using their skills to string seemingly simple compositions into grand, sophisticated tapestries. Go see them, and you surely will come away with the sense of freedom sought in so many of their recent songs.

Here are some photos of Boy Harsher at Black Cat on April 10, 2022. All pictures copyright Parklife DC. 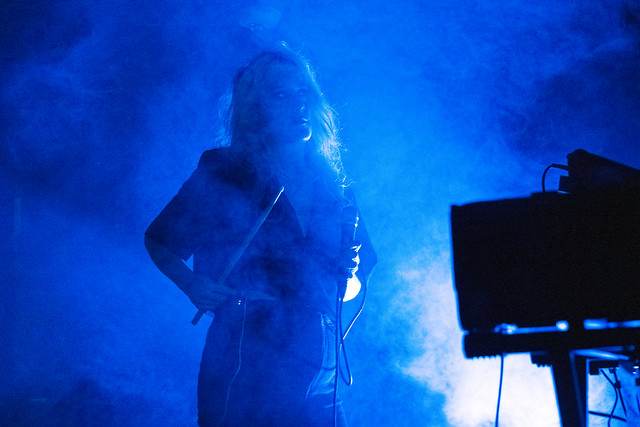 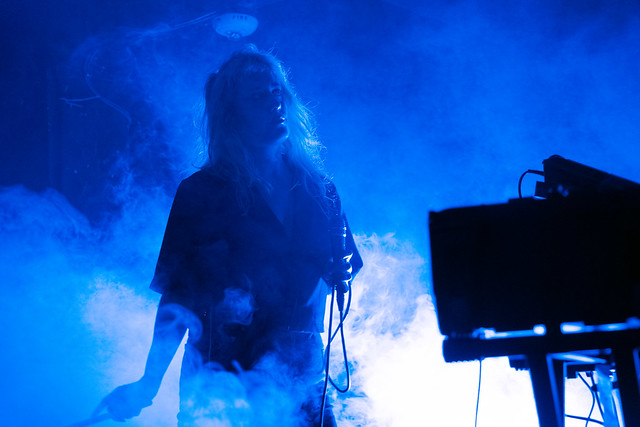 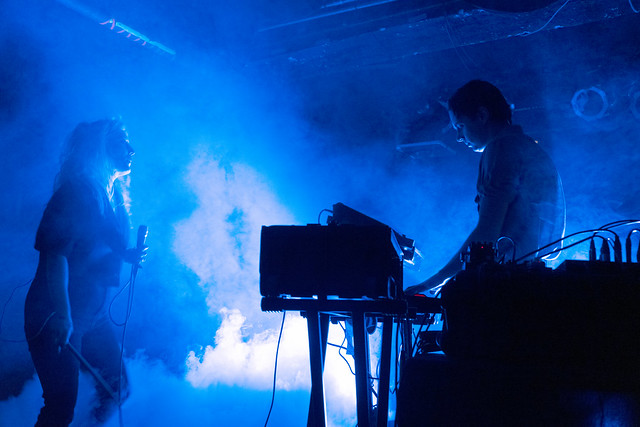 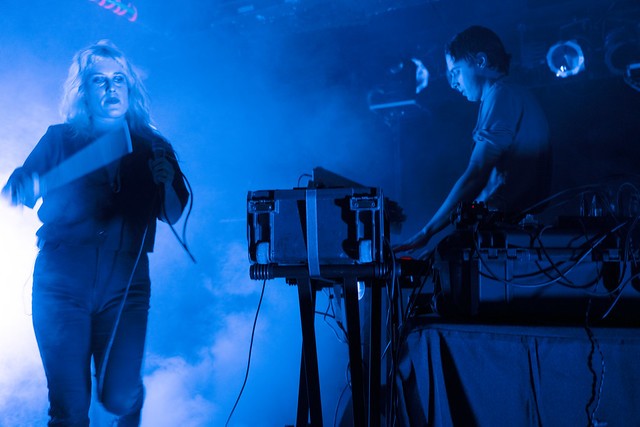 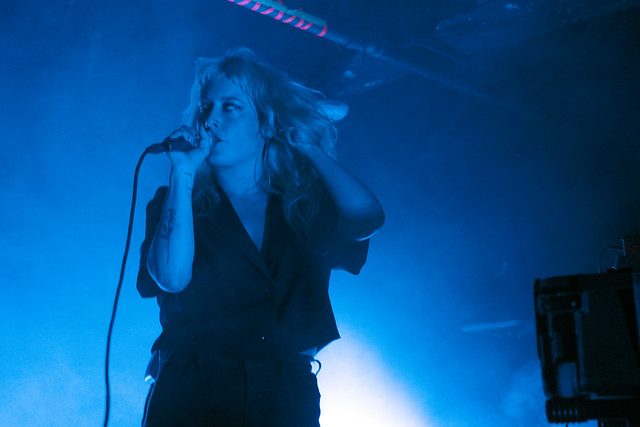 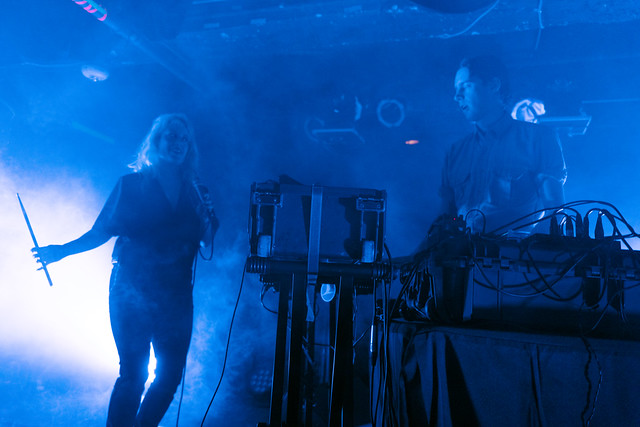 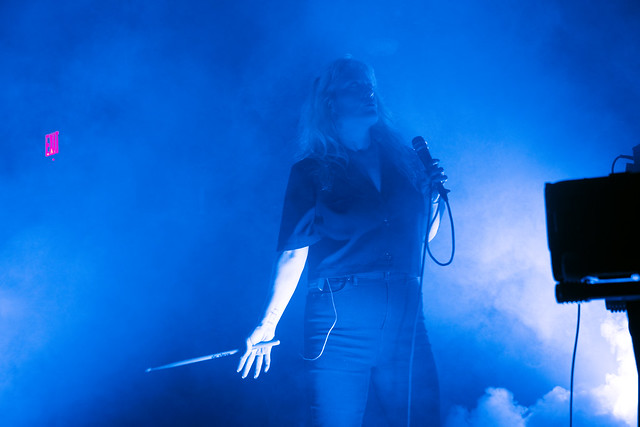 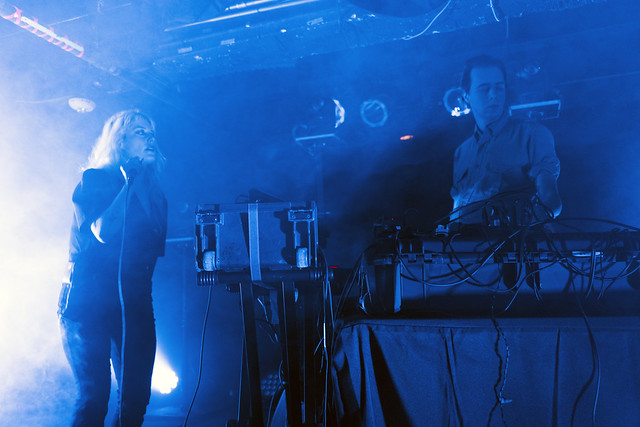 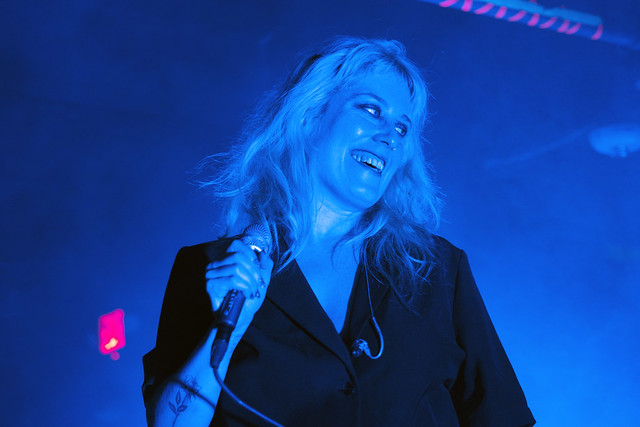 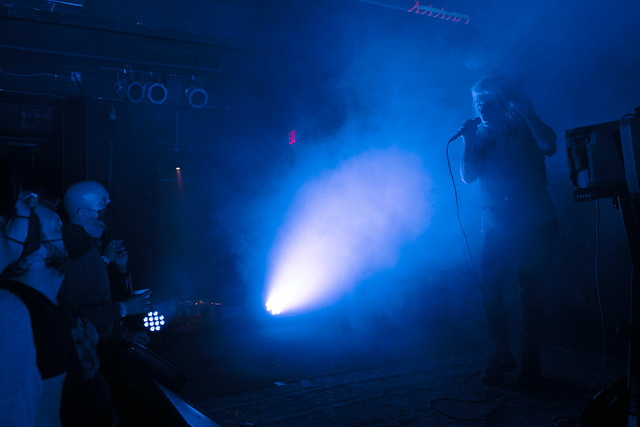 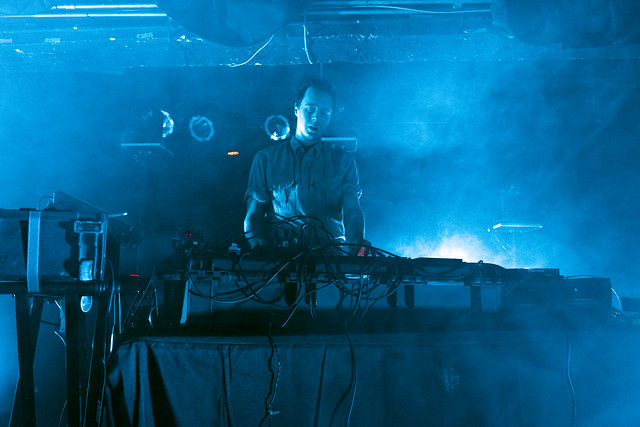 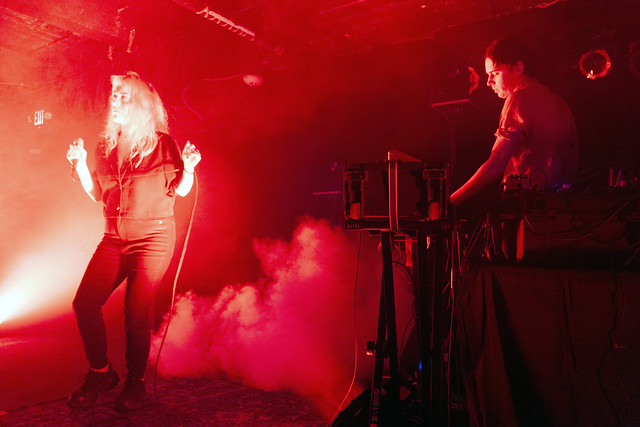 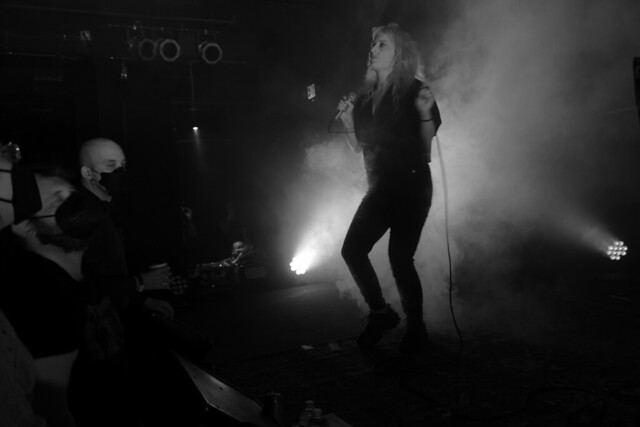 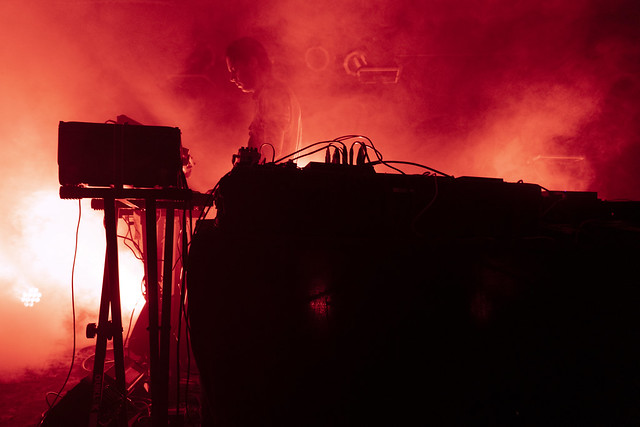 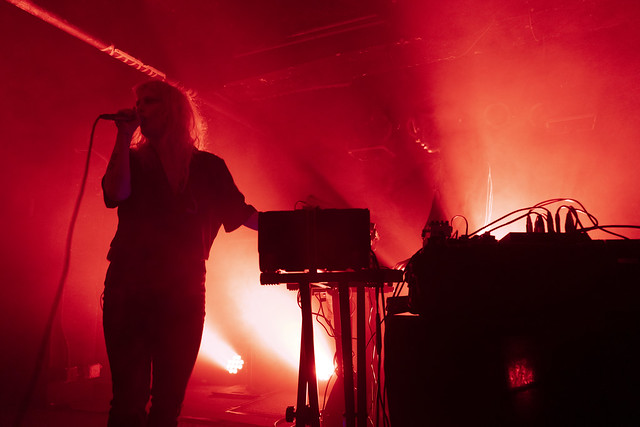 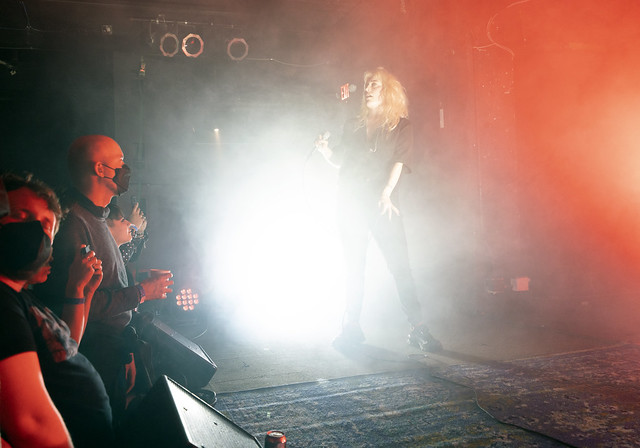 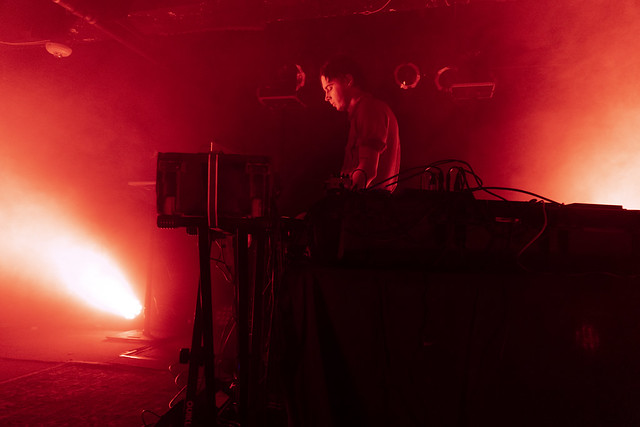 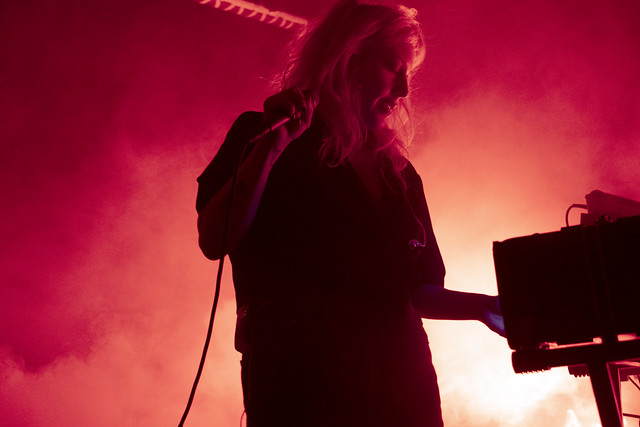 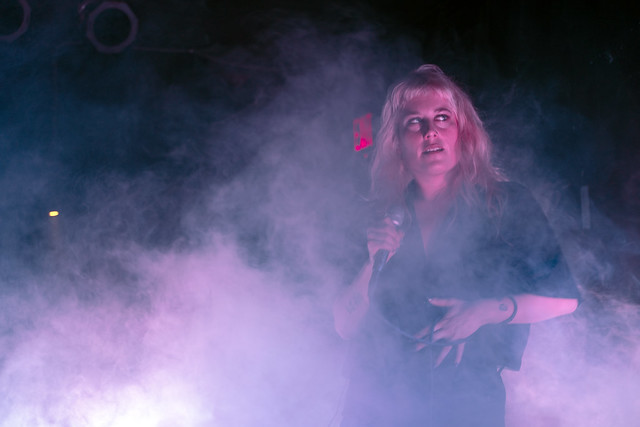 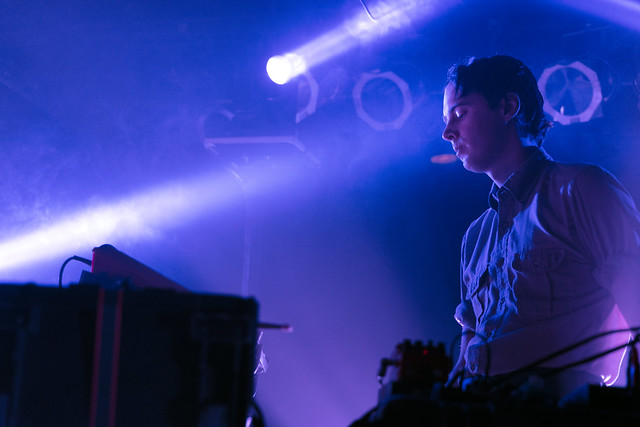 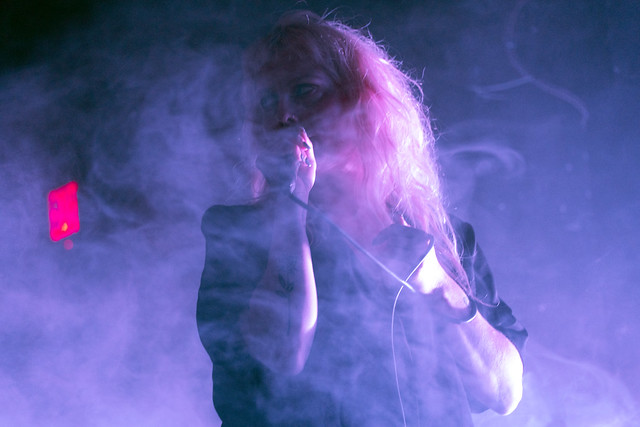