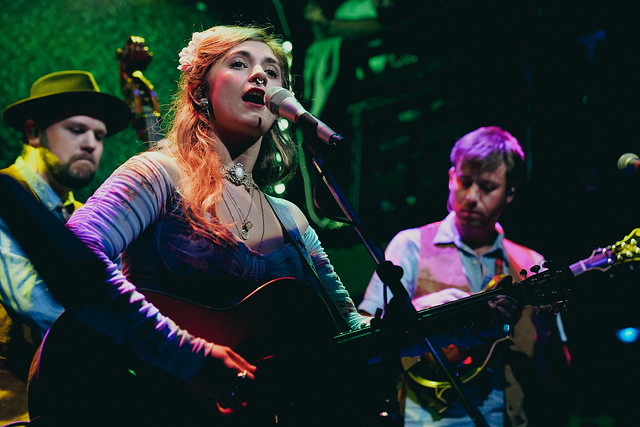 An extraordinary blend of voice and presentation can whisk a live audience to another place and day, but few musicians wield that kind of magic.

Sierra Ferrell, a singer-songwriter and multi-instrumentalist hailing from West Virginia, has been sanctified with an uncommon, enrapturing old-time vocal ability and outstanding picking skills that are helping her blaze a trail within a unique realm that’s been aptly referred to as gypsy bluegrass.

At a recent stop at The 8×10 in Baltimore, Sierra showed herself to be an evolving and illustrious stage presence in leading an ageless set of music.

Backed by a band full of musicians on the rise, Ferrell pulled from her 2021 Rounder Records release Long Time Coming, selected some outstanding covers and broke out several forthcoming tracks from her next album in dazzling the two-story Fed Hill venue, which was sold out the night of April 19 as ticketholders lined up the sidewalk waiting for the show.

Ferrell took the stage in a milkmaid top, a velvet skirt and cowboy boots, her hair adorned with light pink roses and flowing down over her right shoulder. And she glowed — a testament to her reported effort to present a different outfit and look each night on tour.

Now living in Nashville, Sierra was flanked in Baltimore by the flawless unit of violinist Josey Toney, mandolinist Joshua Rilko and bass player Geoff Saunders, a group that from the first notes of “In Dreams” wove with precision and determination, their body movement on the stage helping those on both floors quickly find their own groove just as Sierra’s striking voice began to float through the air.

“Well here we are,” and the room cheered back at her from below and above. She looked up and smiled wide. “And we got a double-decker thing going on.“

A swaying take on “Give It Time” gave Sierra a chance to ring loud and clear, and before she’d eventually invite it in earnest, devout fans in attendance were enthusiastically singing right along with her. By the third song of the night, a playful and crisp edition of “Bells of Every Chapel,” a track that on its album version features Bill Strings, the set had already become transportive. When she riffed up the final chorus of this modern-day classic, the room was consumed by her words and their unusually beautiful transmission:

“But life ain’t so simple / No life it ain’t so kind / Yes life could lead you somewhere and you’ll be all alone / And you’re crying crying crying / I swear the bells in every chapel / Were ringing the day that I met you / They were ringing so clear / But you couldn’t hear / And your heart could never be mine.”

The rich, complex character of her music would reveal itself as the night went along, with tracks like “Why’d You Do It?” materializing as a sinful, satisfying gypsy tango that featured Sierra’s voice as effortlessly seductive and Toney’s marvelously detailed fiddling leading this song along its treacherous design.

By way of a drifting, breathtaking “Whispering Waltz,” Ferrell’s guitar picking and Rilko’s careful throws on the mandolin restored the antiquated aura here, only to change direction again in following with “Silver Dollar,” a stomping, jaunty take that showcased undeniably stirring bass from the nimble fingers of Saunders, who’s jazz background showed in the speed and accuracy of his fingers as well as brisk, fluctuating vocals from Sierra.

Watch a Sierra Ferrell perform a live version of her song “Silver Dollar” via her official YouTube channel:

A graceful and confident bandleader with an unthinkably rugged yet inspiring story, Sierra is the rare musician who, while stunning and theatric, is blue-collar and pragmatic. But Ferrell’s levelheadedness was earned — she overcame a variety of significant challenges in life to get this point.

At an early age, in the midst of her parents divorcing, she had surgery to remove her adenoids and had to retrain muscles in her face to speak properly; later on, as a teen, she’d drop out of high school — although she acquired a GED; she’s busked in places like Seattle and New Orleans, and on top of it all, she’s overdosed at least four times, eventually escaping an unthinkable lifestyle.

Just a few weeks ago, she told her tale on an in-depth episode of Andy Frasco’s World Saving Podcast, a revelatory conversation that only makes her more admirable as a pioneer who masterfully blends gypsy jazz, bluegrass, old time, and additional sounds to offer an authentic, refreshing and alluring live experience.

At The 8×10, the second recent local appearance by Sierra’s band that’s been covered by Parklife DC, she engaged with the audience throughout the evening, sharing stories from the road, tidbits on some of her most loved songs and introducing new ones, like “Why Haven’t You Loved Me Yet?” a tune destined for her next studio album.

She’d give a solo performance of the much-requested “Rosemary,” and then, welcoming her squad back on stage, she pulled up her own violin for an adventurous piece she wrote specifically for that instrument entitled “Fox Hunt.”

A stunning cover of Ray Lamontagne’s “Hey Me, Hey Mama” featured some of the most resonant harmonization from the group and helped steer the set down the backstretch. Another new track, “Lighthouse Song,” and later a bumping, steaming-hot version of the string classic “Don’t Let Your Deal Go Down” added to an already robust list of songs.

After closing out with one of her most popular songs, “Jeremiah,” Sierra and her band would as requested return to the stage for an encore, and they brought along with them the night’s opener, Nashville-based Timbo. Bidding farewell in celebratory fashion, Sierra and her band exceeded all expectations in serving her local fans a second unforgettable performance in only a few weeks’ time.

In Dreams
Give It Time
Bells of Every Chapel
Why’d You Do It?
Whispering Waltz
Silver Dollar
Why Haven’t You Loved Me Yet?
West Virginia Waltz
Snakes Crawl At Night (Charley Pride cover)
Made Like That
Rosemary (solo)
Fox Hunt (Sierra on fiddle)
Hey Me, Hey Momma (Ray Lamontagne cover)
Lighthouse Song
Far Away Across The Sea
Don’t Let Your Deal Go Down (Charlie Poole & The North Carolina Ramblers cover)
The Sea
At The End of the Rainbow
Jeremiah
Silver Wings (encore with Timbo)

Here are images of Sierra Ferrell along with the night’s opener, Timbo, performing at The 8×10 in Baltimore the night of April 19, 2022. All photos copyright and courtesy of Casey Vock. 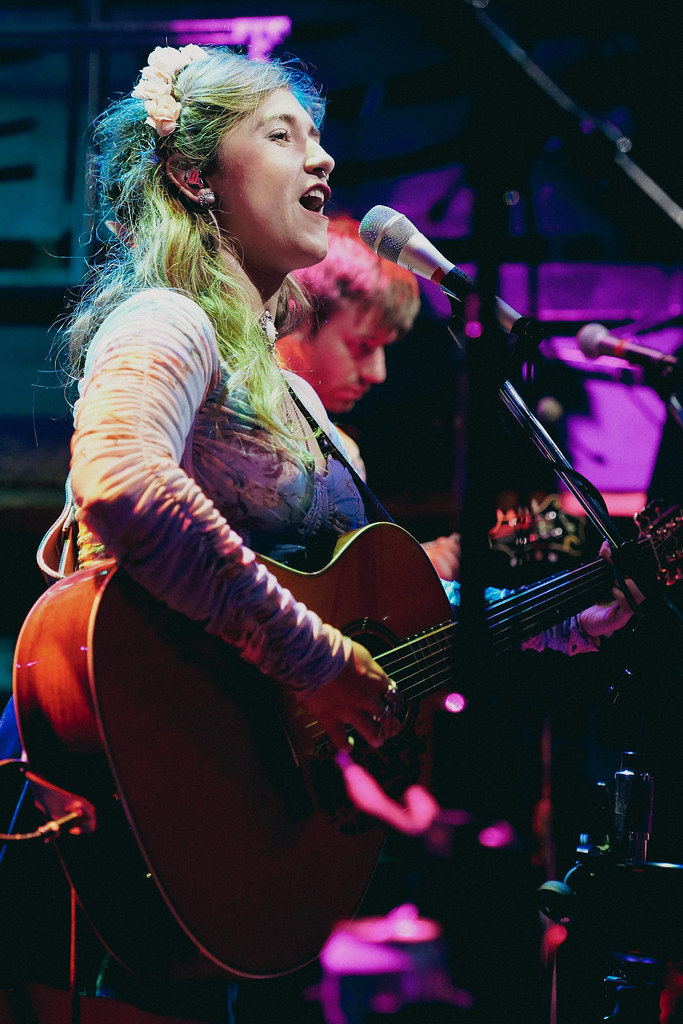 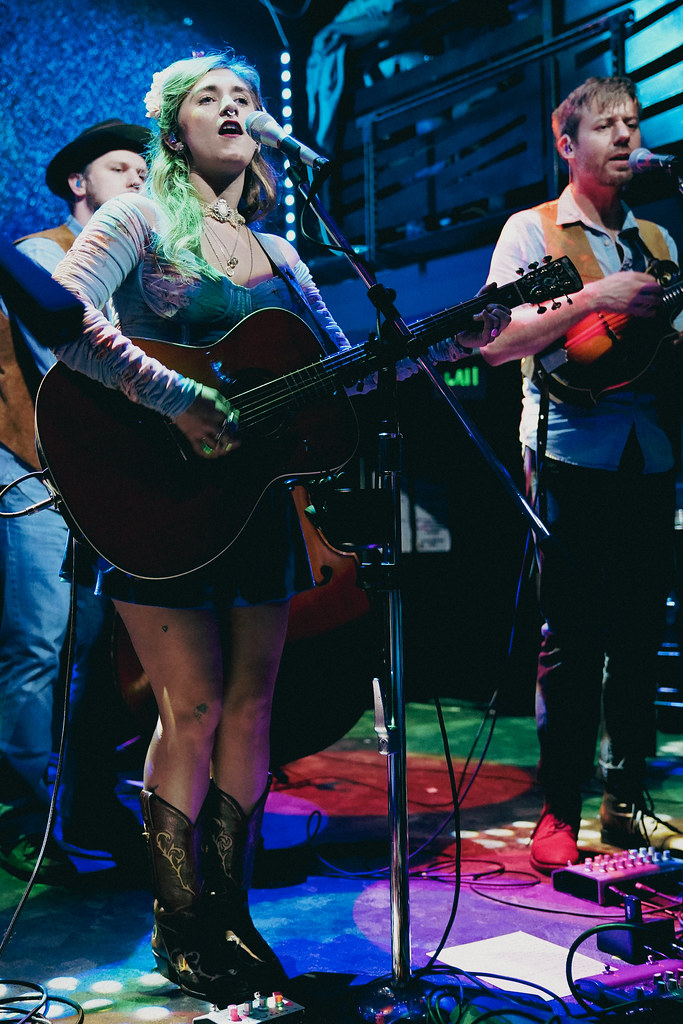 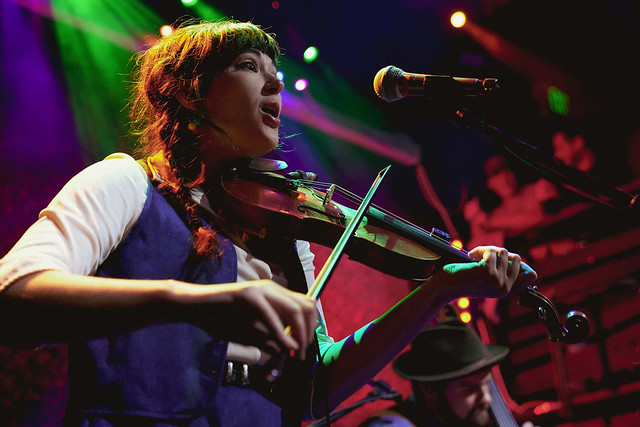 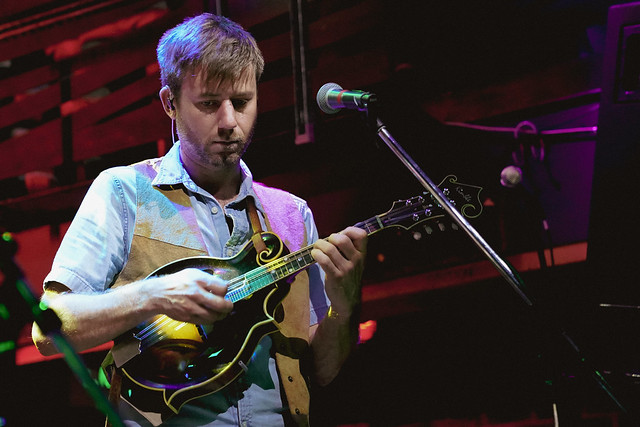 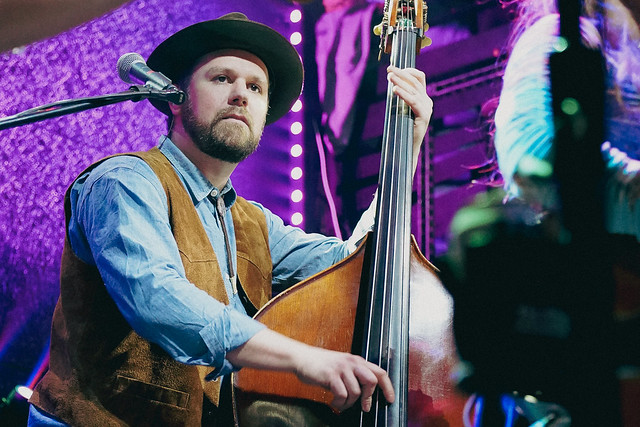 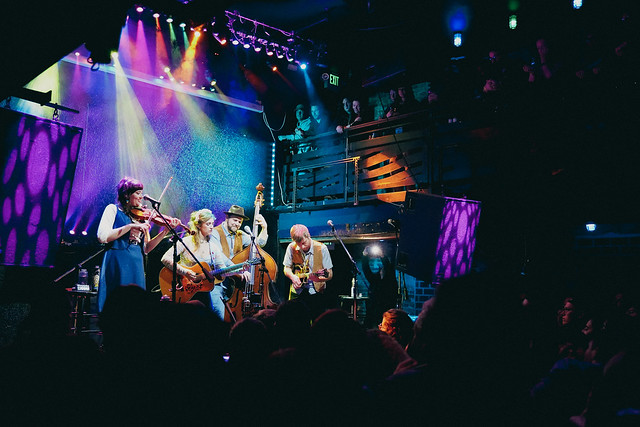 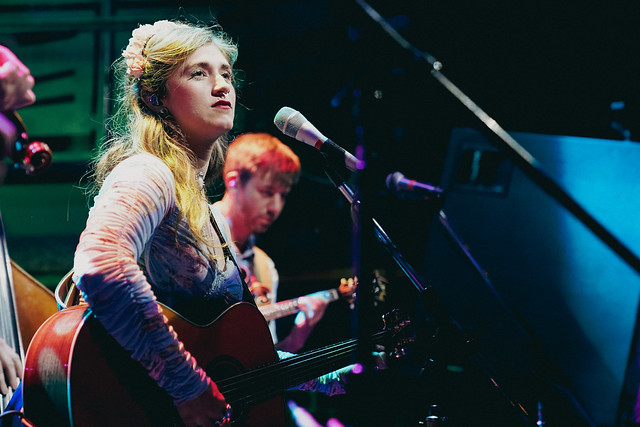 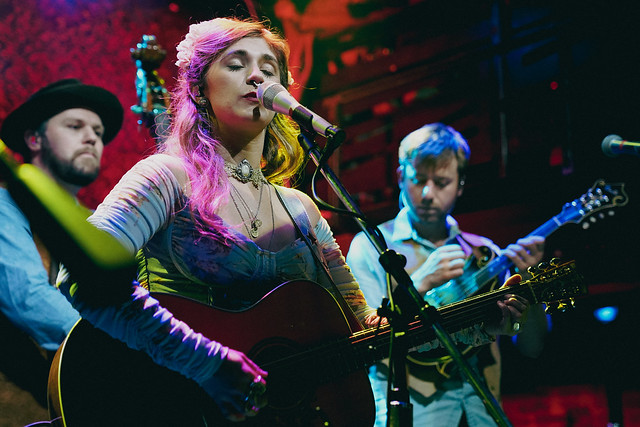 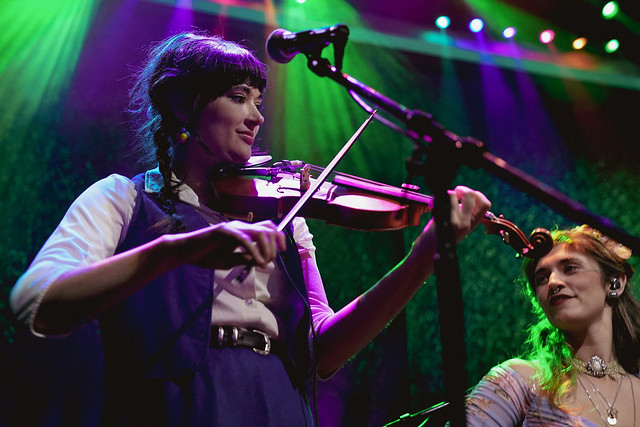 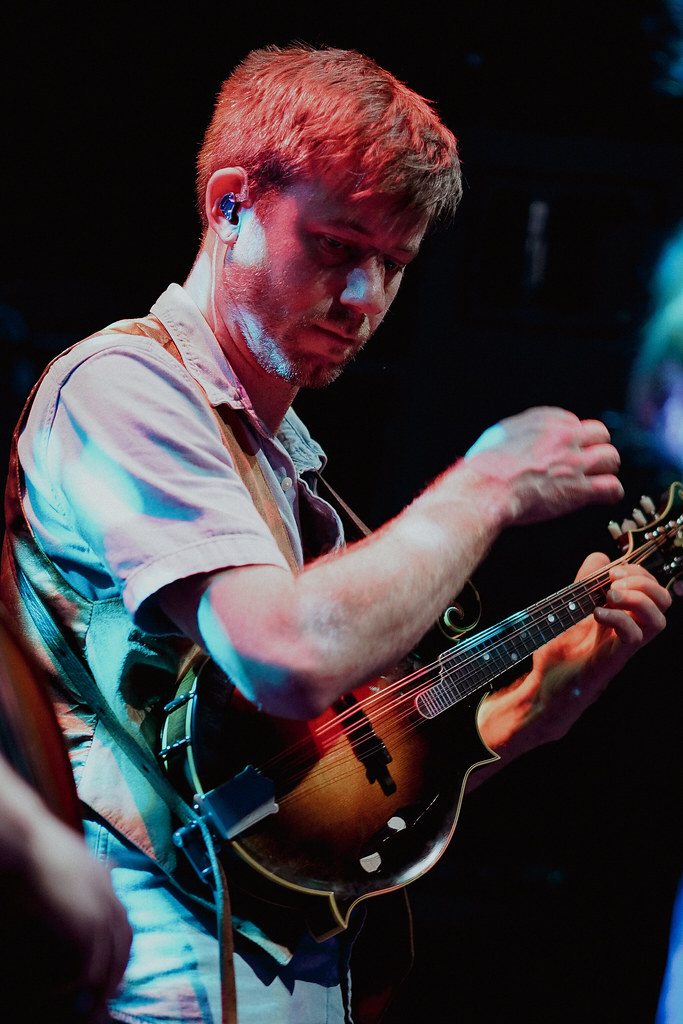 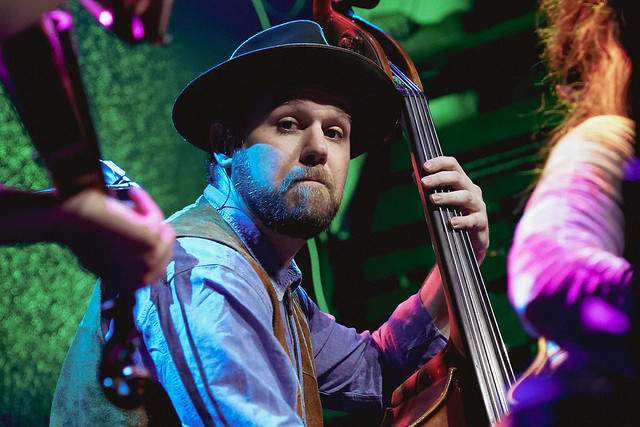 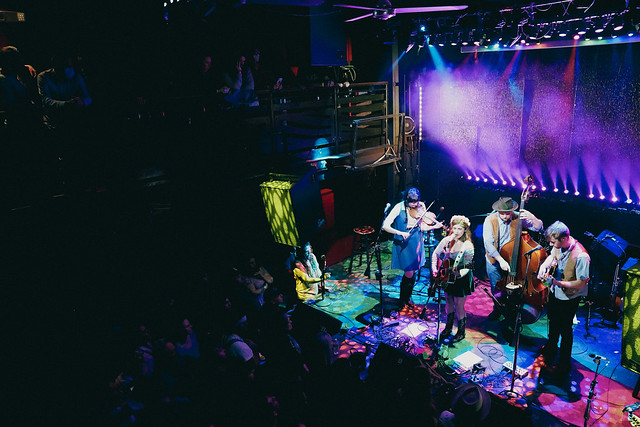 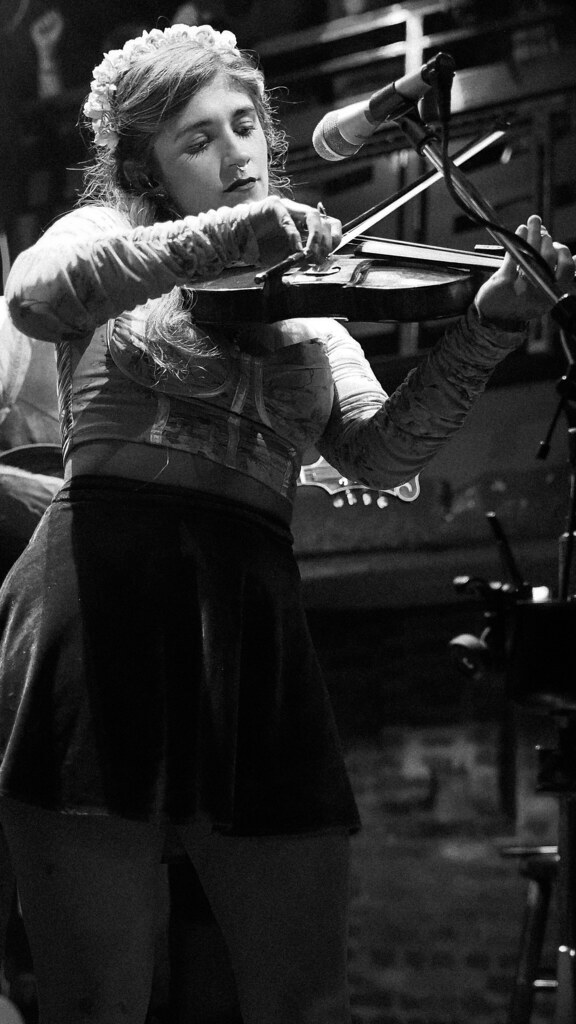 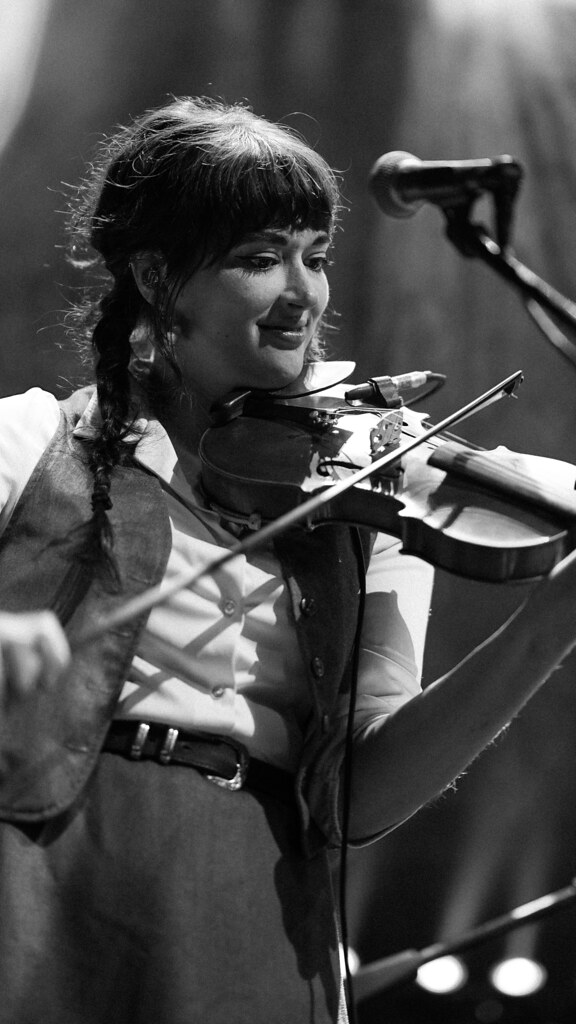 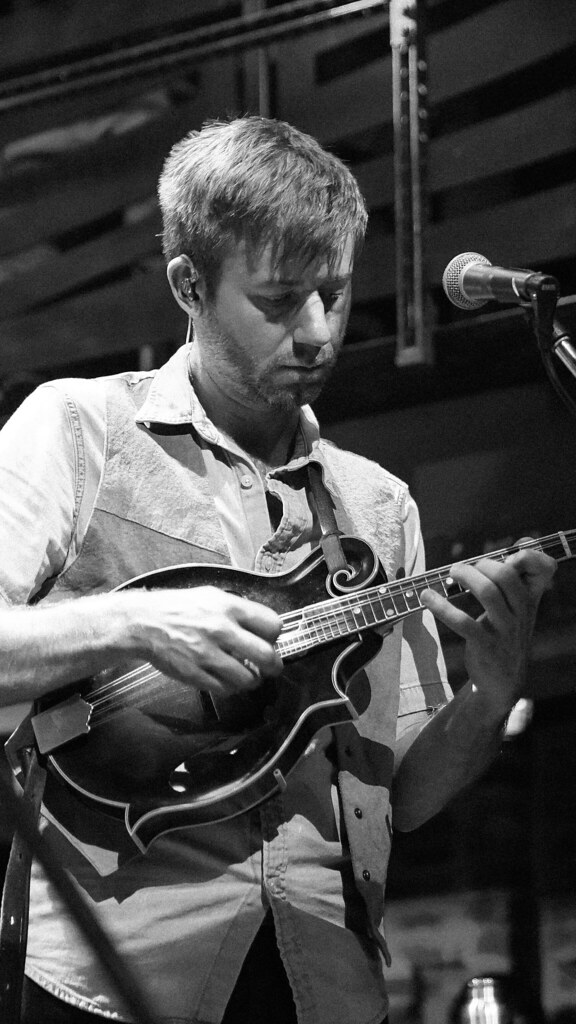 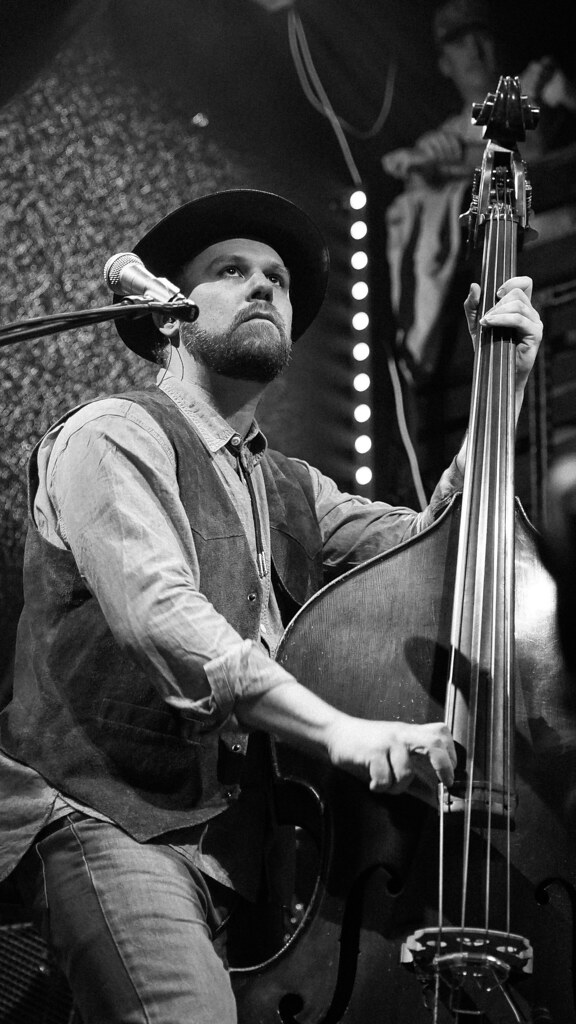 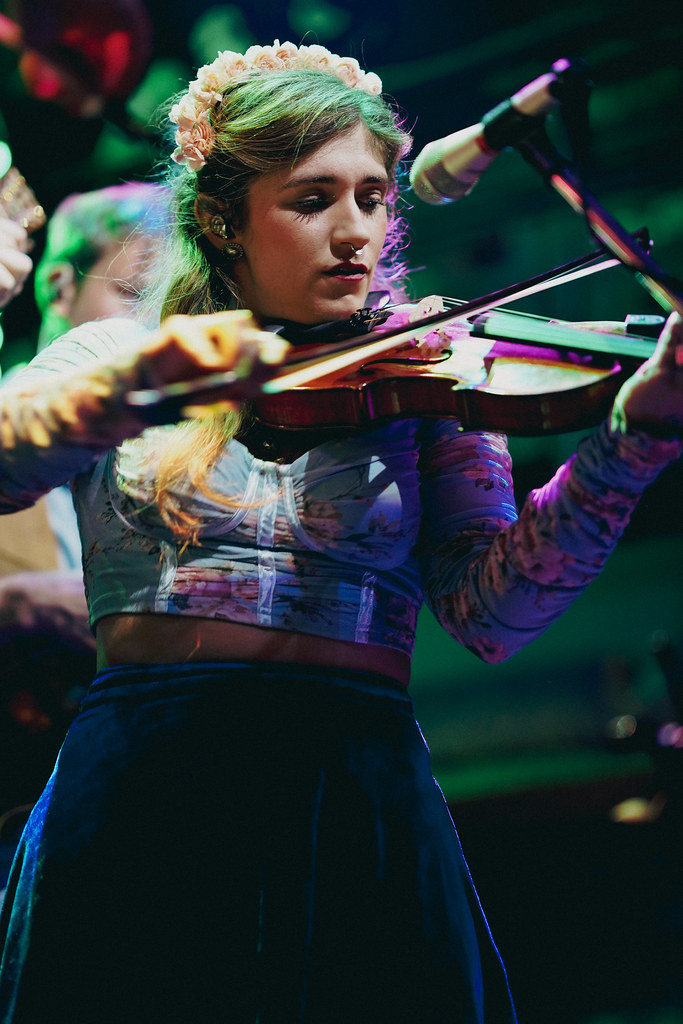 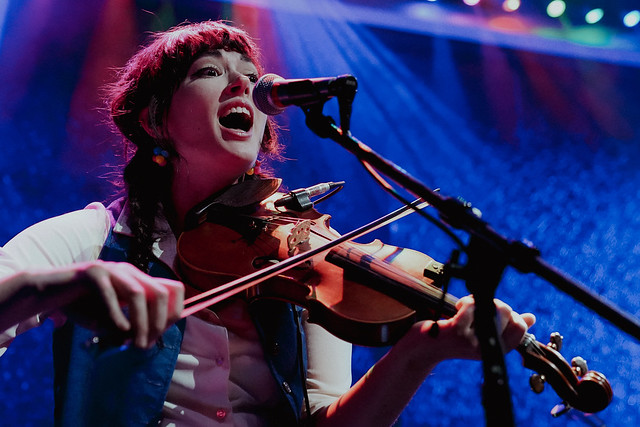 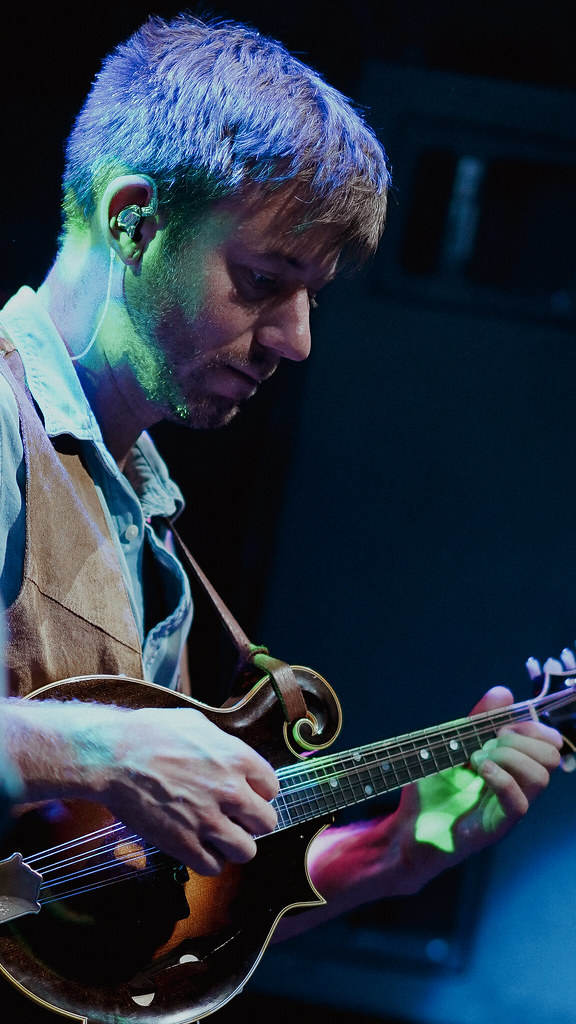 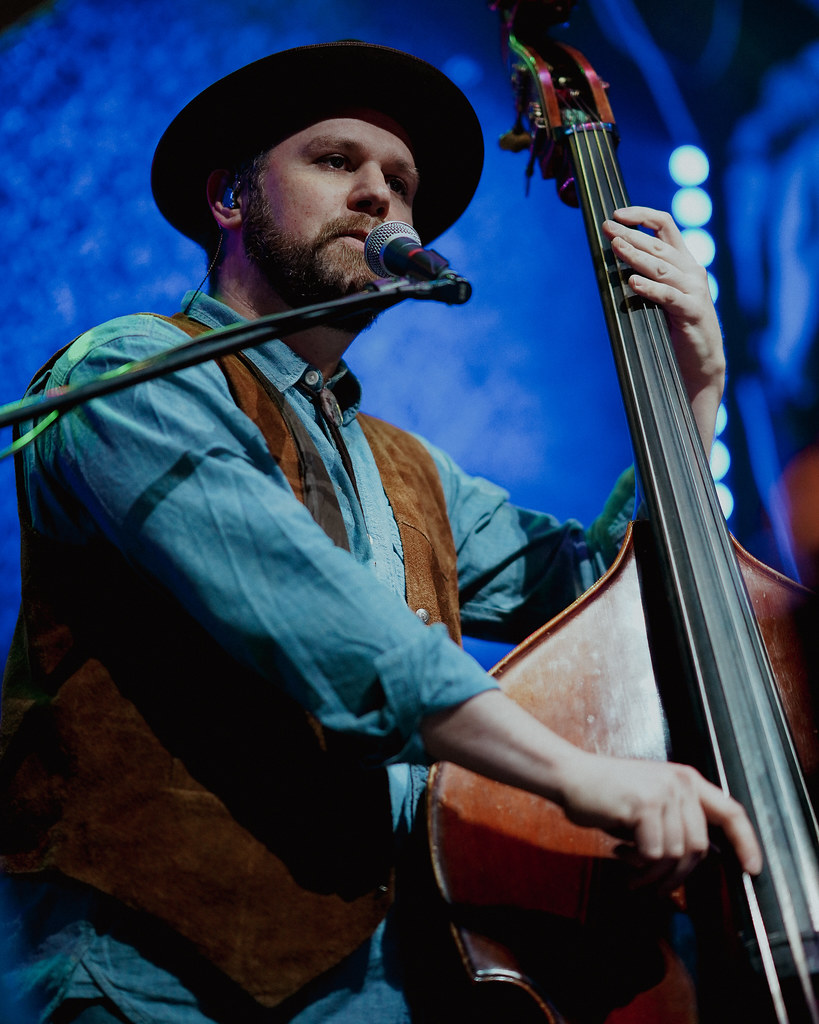 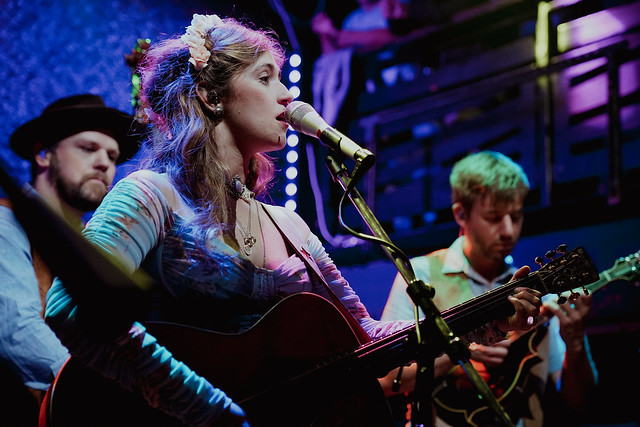 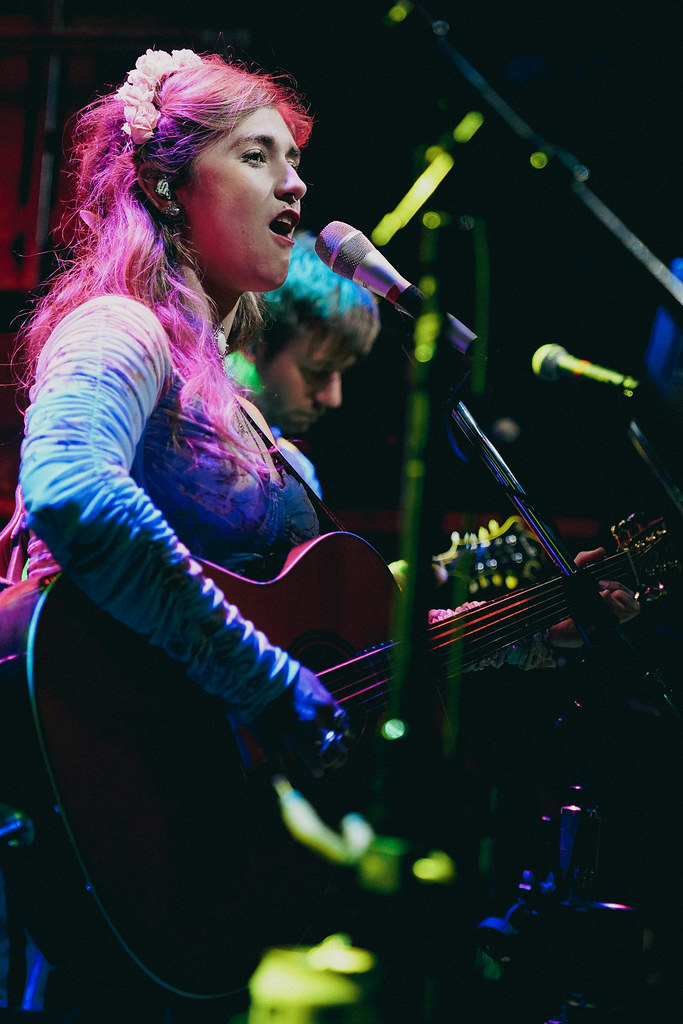 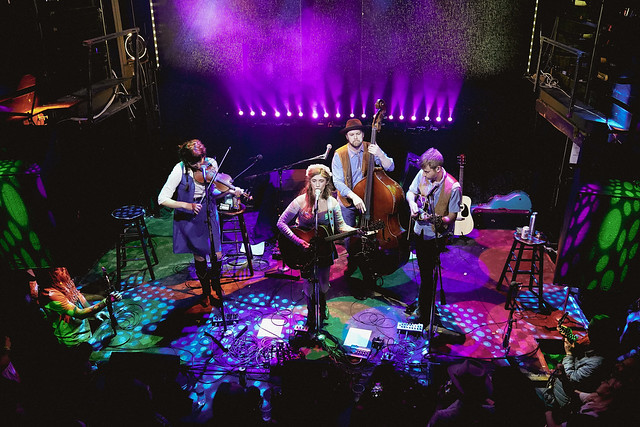 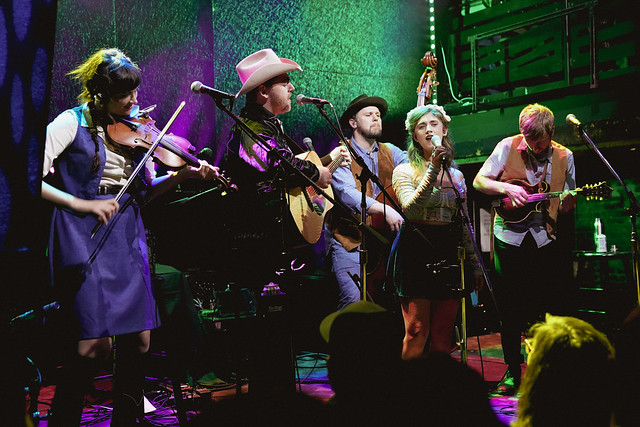 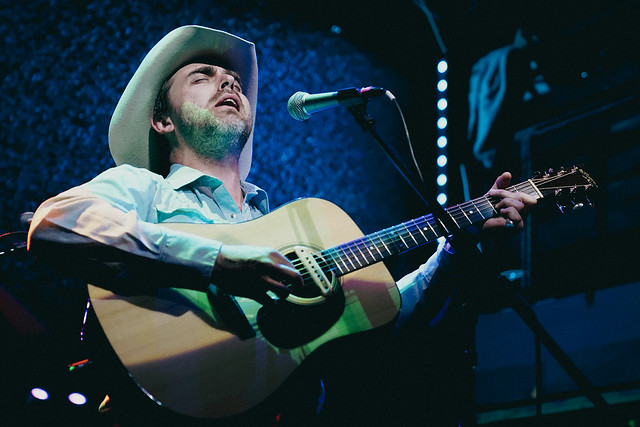 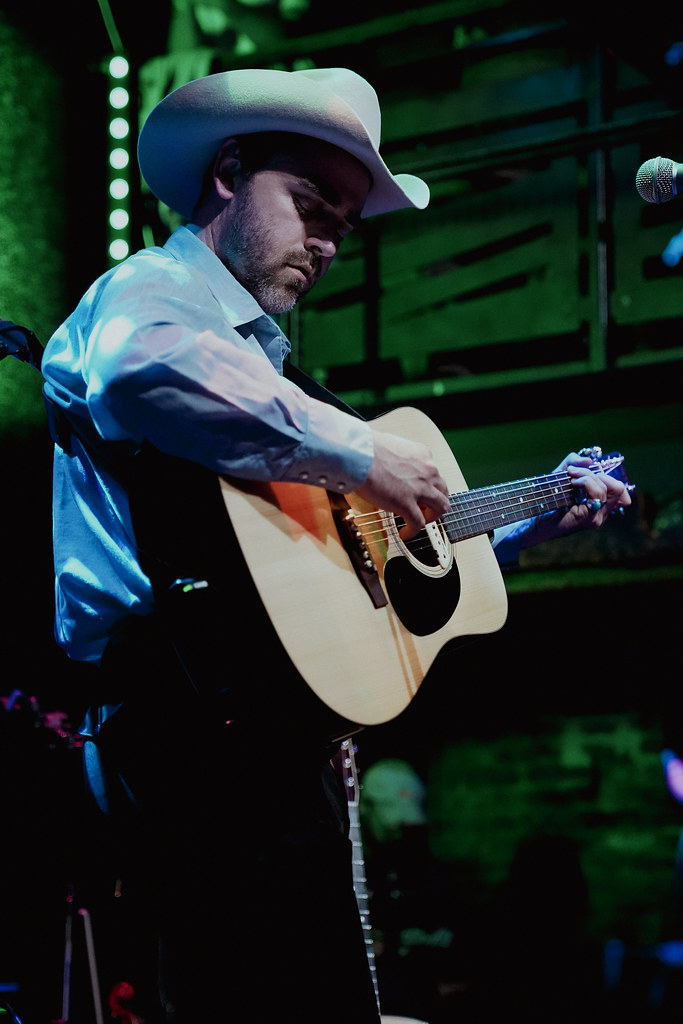 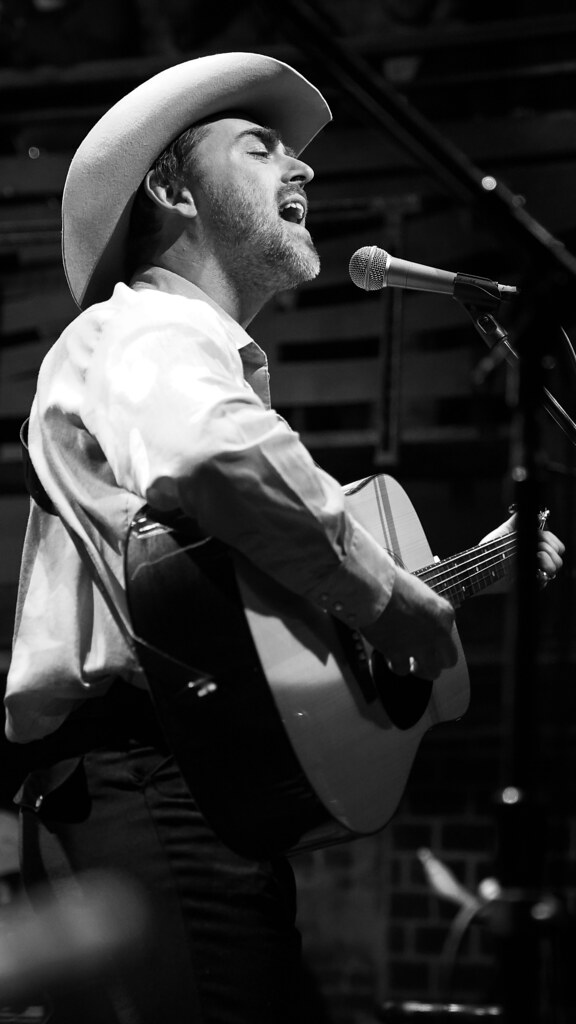 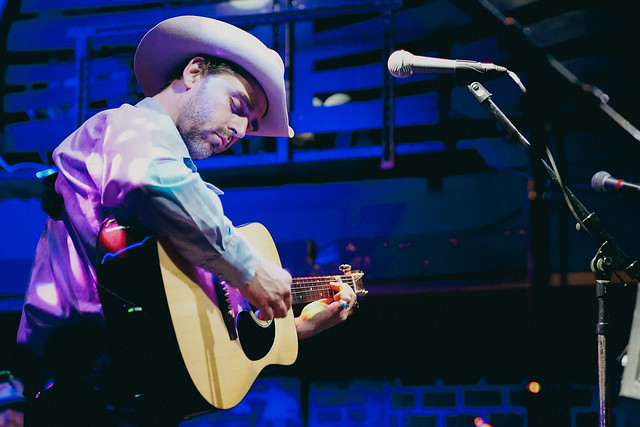 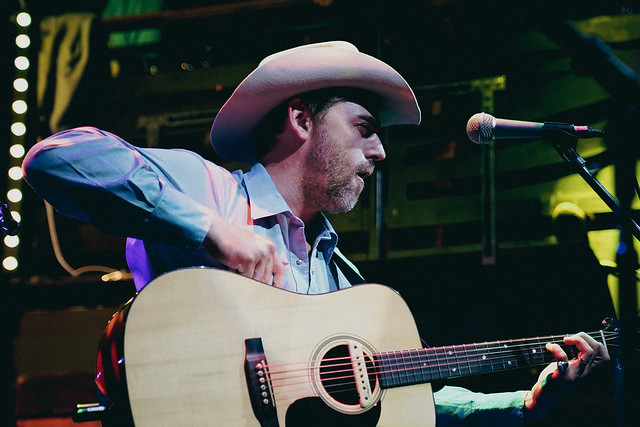