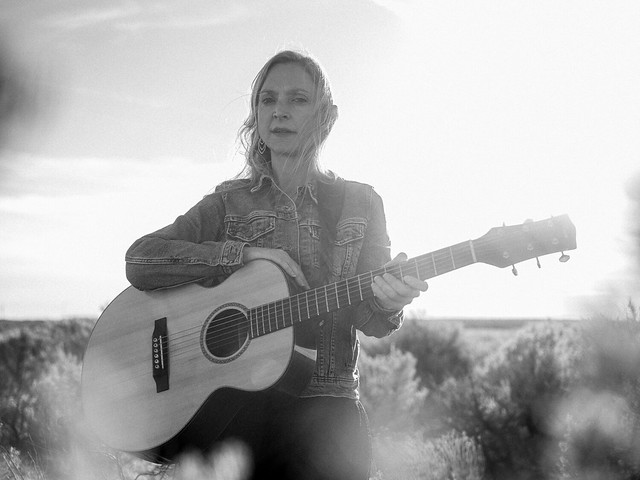 American Songwriter describes Eilen Jewell as “one of America’s most intriguing, creative and idiosyncratic voices.” That singular voice springs forth from a woman of more than one mind, and she taps into many of them on 2019’s Gypsy on Signature Sounds.

Eilen hits the road to share her voice with a show at The Hamilton Live on Sunday, May 15.

By turns personal and political, pissed off and blissed out, Eilen Jewell’s first album of original material since 2015 expands brief moments of joy into lifetimes, and it distills epic sentiments and persistent doubts into succinct songs. Yet rather than pulling artist and listener this way and that, the tensions within and between these 12 tracks propel her eighth studio album forward as a remarkably cohesive full-length.

The disc kicks off with “Crawl,” a rollicking country rocker that revels in indecision, pitting the terrifying urgency of now against nostalgic longing:

“I want to crawl right out of my skin/ Go back in time, cake walk in red fringe/ I want solitude, don’t want to be alone/ Want to put down roots, want to be a rolling stone”

“I’ve been writing bits of that one for close to eight years now,” Eilen said. “I’ve felt that polarity in my life a lot, ever since I can remember, and I wanted to capture that discomfort and angst. Putting it into words and music felt cathartic. Now, whenever I feel that tug-of-war, I can sing my song about it.”

Watch the official music video for “Crawl” by Eilen Jewell on YouTube:

As the reigning Queen of the Minor Key, Eilen leads a tight quartet that blends influences of surf-noir, early blues, classic country, folk, and 1960s-era rock ’n’ roll. For well over a decade, they’ve toured relentlessly for legions of fans from Boston to Boise and Madrid to Melbourne, playing large festivals, theaters, rock clubs, and coffeehouses. The group has shared stages with the likes of Lucinda Williams, Loretta Lynn, Mavis Staples, Wanda Jackson, George Jones, Emmylou Harris, and Blind Boys of Alabama.

Eilen’s fans have marveled at her warmth and onstage humor alongside her beautiful songs and fiery performances. In addition to six of her own full-length albums, Eilen has released two albums with her country-gospel side-project, the Sacred Shakers; a tribute album to Loretta Lynn titled Butcher Holler; and a recent album of rare blues covers, Down Hearted Blues.

The Los Angeles Daily News said, “Sometimes as darkly damaged as Lucinda Williams, at others as defiant and teasing as prime Peggy Lee and always authentically Americana in the Gillian Welch tradition…. She’s mighty good.”