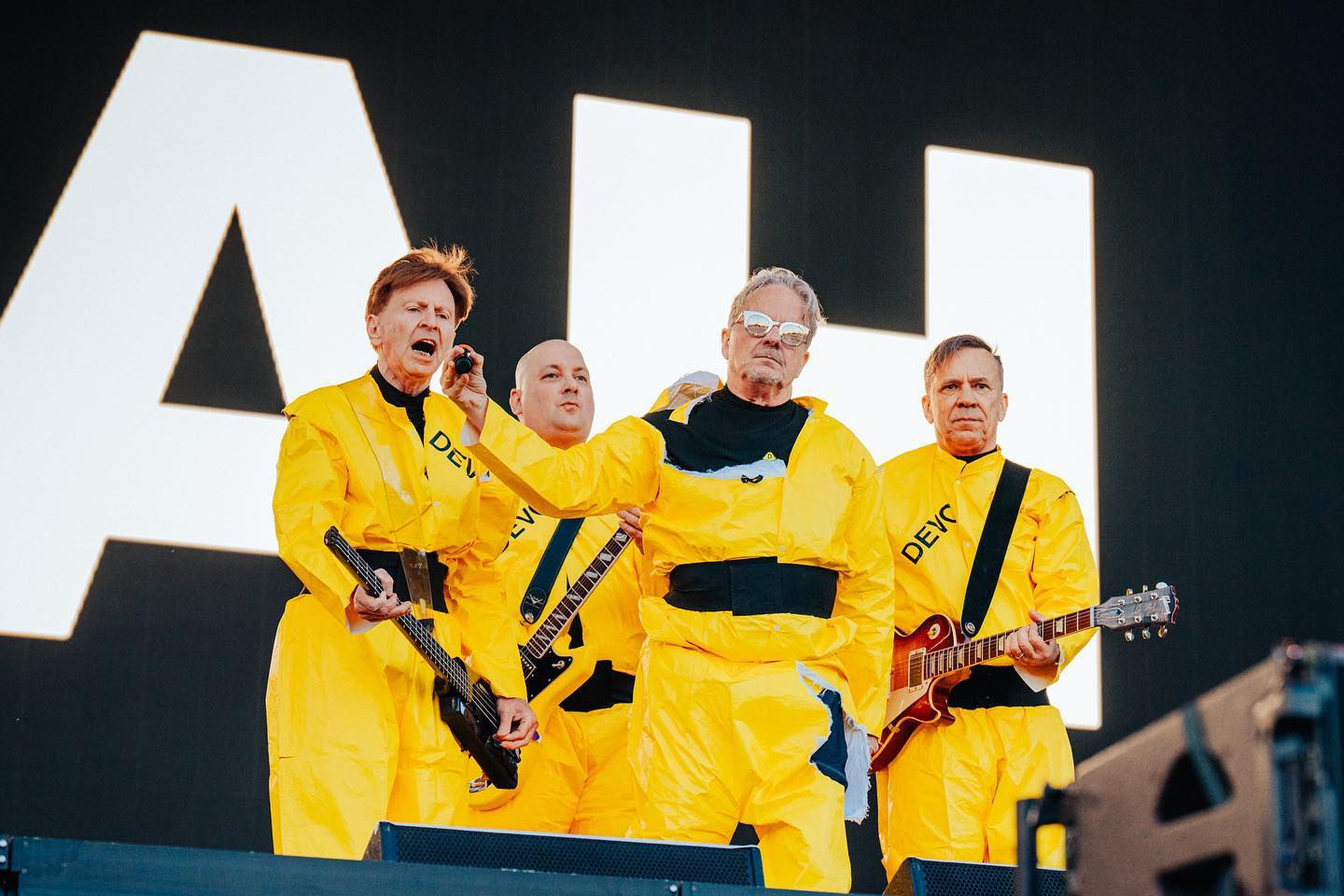 DEVO steals the show at the inaugural Cruel World Festival on May 14, 2022. (Photo courtesy Cruel World)

Last weekend, California mega-festival organizer Goldenvoice finally fulfilled its pandemic-delayed vision of presenting a gala event consisting solely of alternative new wave and post-punk bands of the ’70s and ’80s coupled with younger bands who have adapted a similar sound in the 2010s and 2020s.

And so it was that an estimated 50,000 people (the capped capacity of the park) streamed into Brookside at the Rose Bowl for the first day of the newly minted, annual Cruel World Festival on Saturday, May 14.

Here is a recap of five of the best acts to play that day. 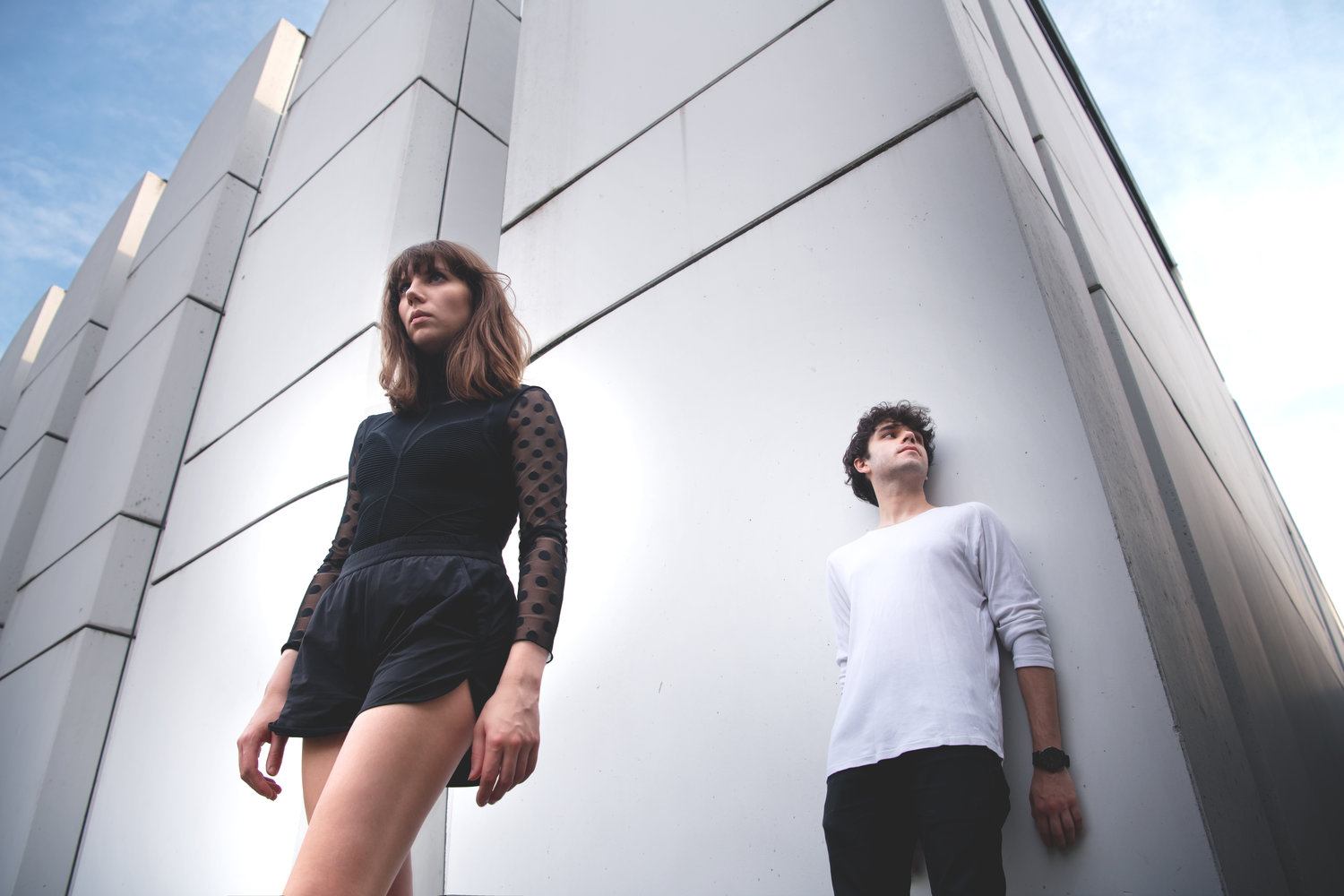 The KVB (Photo by Greg Izabella)

The KVB, the plucky English duo of Nicholas Wood and Kat Day, single-handedly launched the festival with their performance on the main Outsiders stage, performing about six songs over a 30-minute timeslot. The Cruel World Festival was a bonanza for Gen X types like myself who might want to discover younger bands who make music in a similar ethos as our ’80s new wave heroes, and The KVB fit the bill wonderfully. Among the songs performed by The KVB was “Unite,” a nominal title track from their new album Unity, released in 2021 by Invada Records UK. The song served as a wonderful showcase for The KVB’s appealing sound, which mixes neo-psych elements into a pleasing synthpop mix. Kat sang and played synths while Nicholas sprinkled some lovely guitar melodies into the mix.

The KVB also bravely battled the sun, which overheated their equipment to make for a difficult last number, a recurring problem for other bands like Cold Cave throughout the very hot first day of the festival. Still, The KVB won the day, and this listener is now eager to see these Londoners again.

Watch the official music video for “Unite” by The KVB on YouTube: 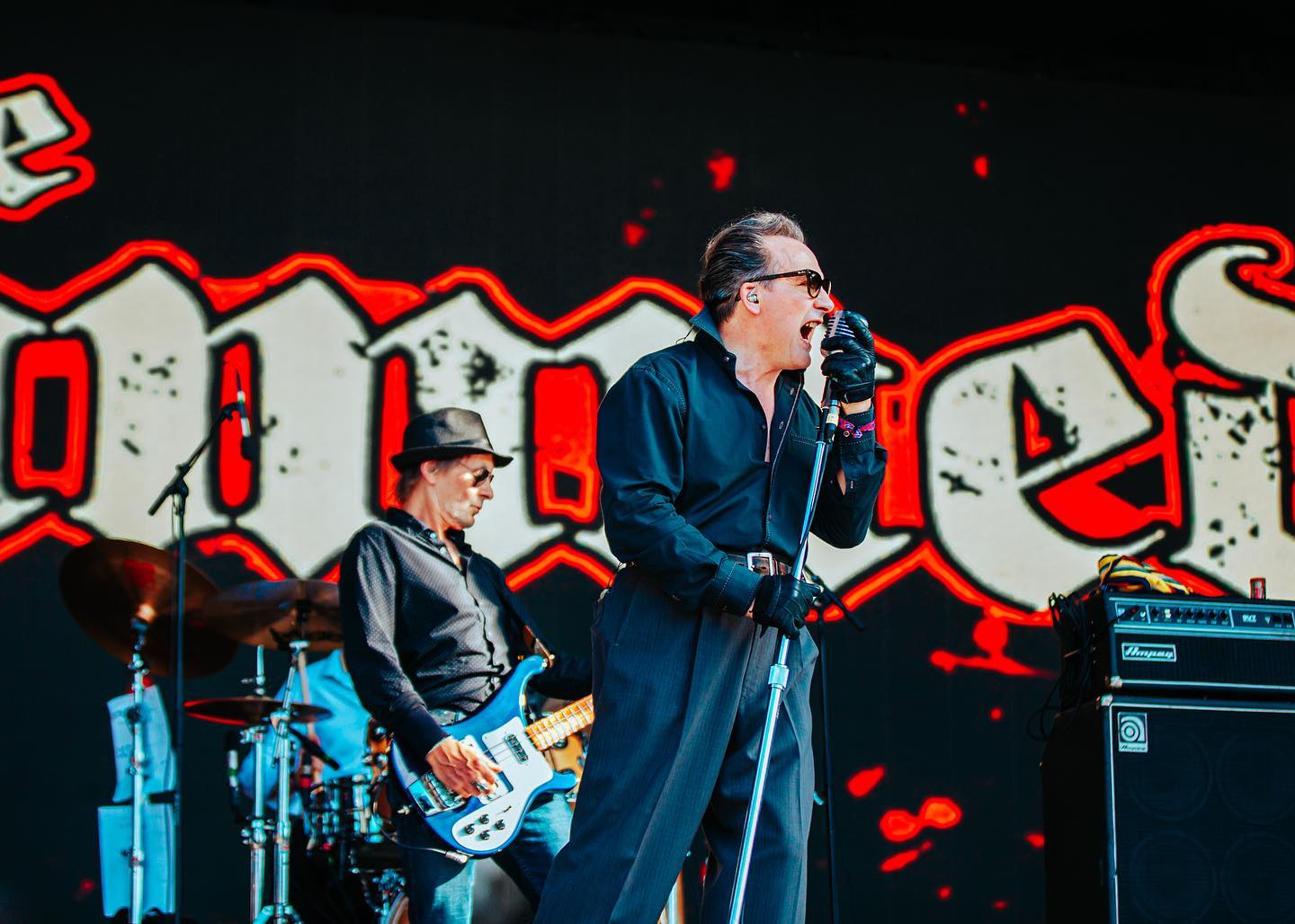 During a brilliantly energetic mid-day set by The Damned, keyboardist Monty Oxymoron asked, “What are we doing playing before sunset?” And while that might have summed up The Damned’s preference for nightfall, frontman Dave Vanian and company totally owned the California sunshine as they stomped through a nine-song set that featured highlights like “Love Song” and their breakthrough cover “Eloise” (originally sung by Barry Ryan). Sadly, visa delays kept the always entertaining Captain Sensible from joining his bandmates, but surprisingly Troy Van Leeuwen from Queens of the Stone Age capably filled in for the weekend.

Not only did The Damned sound great, but no one looked cooler in the sun than Dave in his signature shades as he whipped around the stage and crooned into a vintage-styled microphone. He delivered “Eloise” with every bit of gusto and passion that he would have mustered had it been the midnight hour, and the large crowd at the Sad Girls secondary stage was positively over the moon to cheer on The Damned.

Several of the Cruel World festival participants hit the road for tours around the festival’s scheduled weekend, and several more tour throughout the United States this year. I’m particularly pleased The Damned, no strangers to the DC/Baltimore region, return to our town to perform at The Anthem with festival fellows Blondie on Sunday, Aug. 21 — hopefully with Captain Sensible present!

Watch the official music video for “Eloise” by The Damned on YouTube: 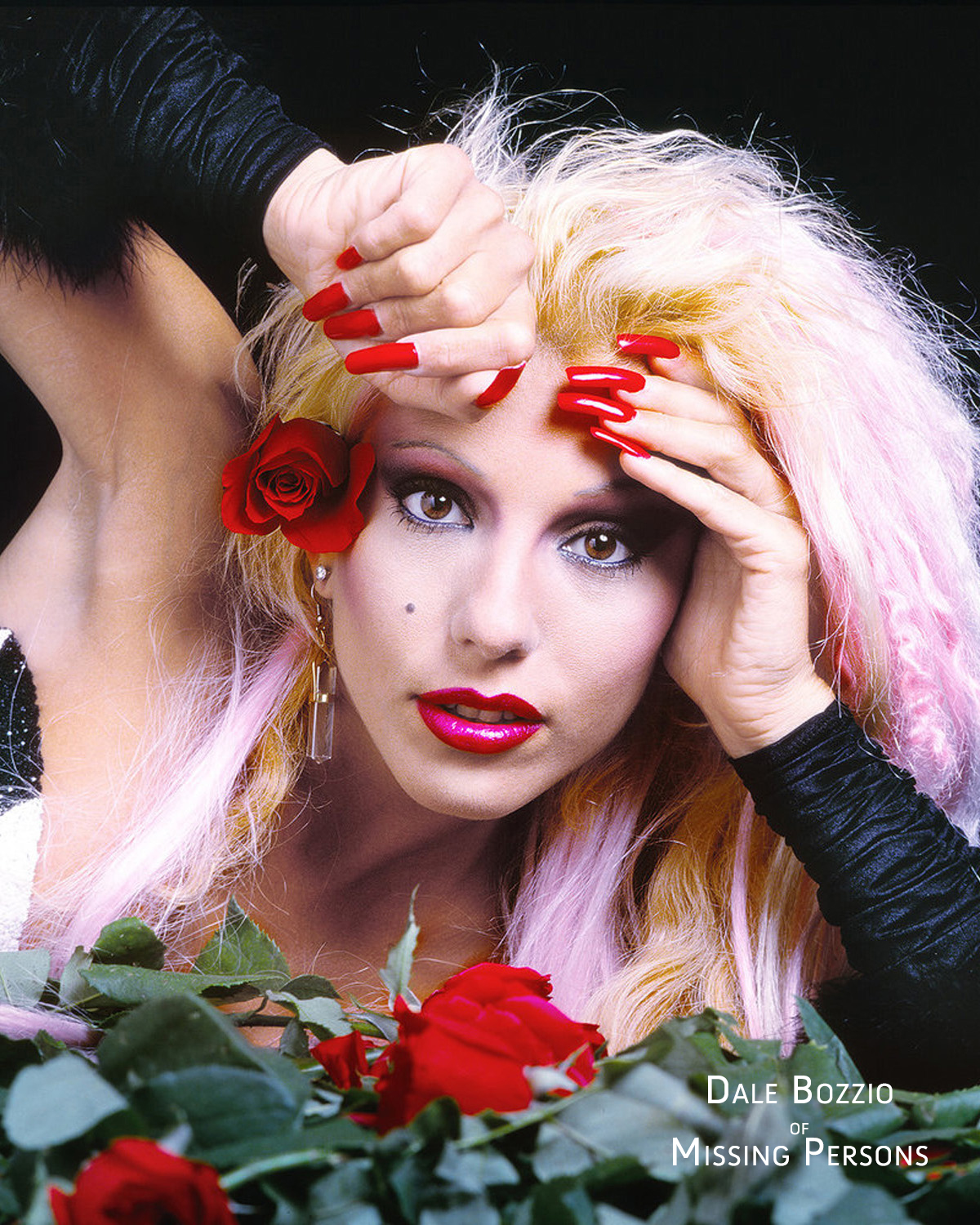 Perhaps no one epitomized the attitude of Cruel World more than Missing Persons frontwoman Dale Bozzio, who simply radiated gratitude and joy during her band’s festival performance. Set during the mid-day at the tertiary Lost Boys stage, Dale’s Missing Persons band may not consist of any other members from their classic ’80s period but do consist of excellent and skilled players nonetheless, including notably Prescott Niles of The Knack on bass. The band roared through five songs, opening the set with “Mental Hopscotch,” which Dale describes as her mentor Frank Zappa’s fave of the Missing Persons catalog, in addition to MTV staples “Words,” “Destination Unknown,” and “Walking in L.A.” Dale, in particular, shined tremendously.

Dale and company perform regularly but they rarely tour across the country, so they drew a curious crowd eager to see what the band had to offer these days — quite a lot, as it turns out! Missing Persons sounded terrific, and the packed Lost Boys audience danced up a storm in response. “You’re so great; you’re the greatest!” Dale exclaimed at the receptive crowd several times, easily filling their hearts while moving their feet.

Watch the official music video for “Mental Hopscotch” by Missing Persons on YouTube: 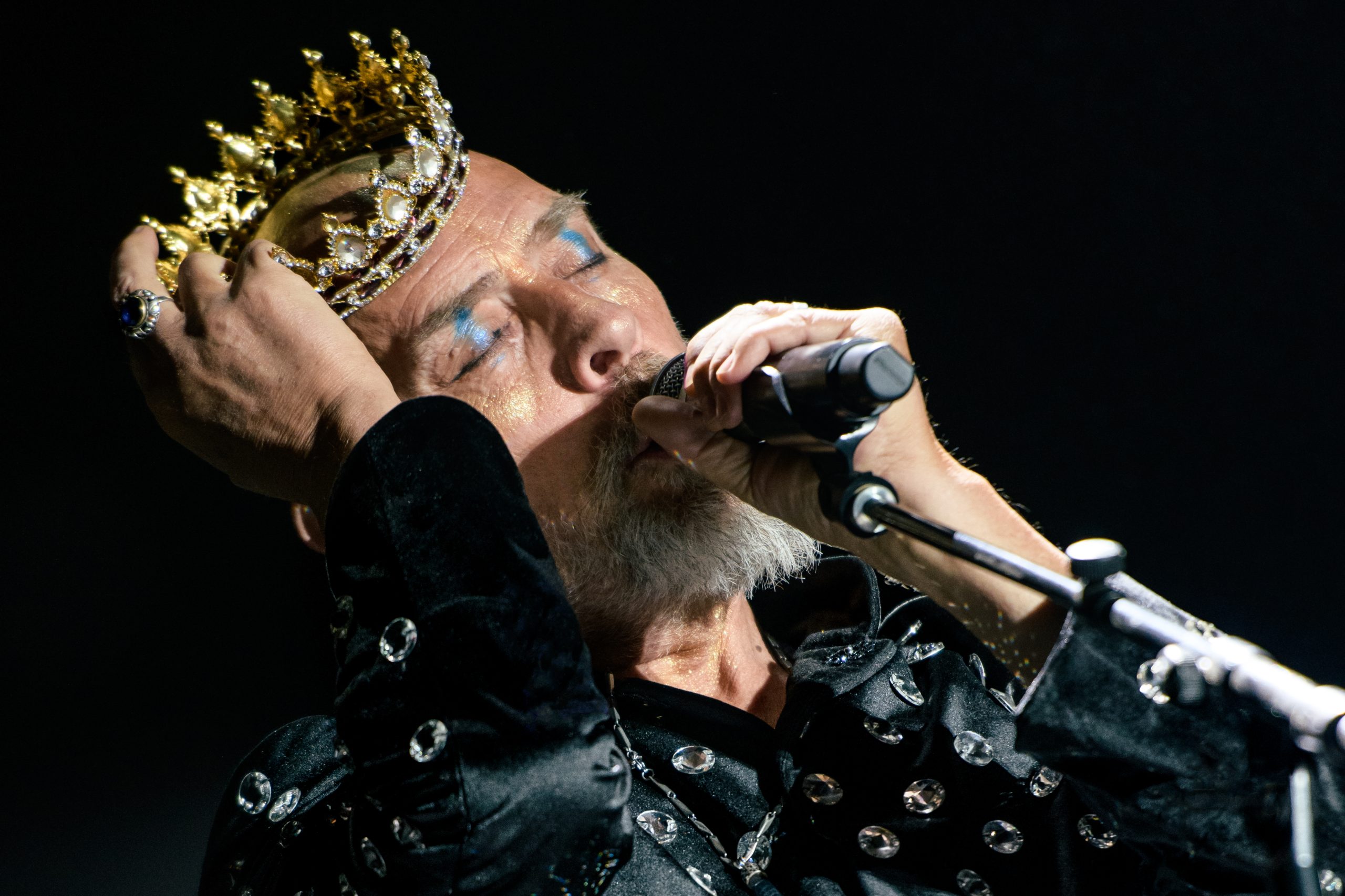 Heading into the festival, few bands captured the imagination as much as a reunited Bauhaus. The goth pioneers most recently began a reunion streak in 2019, and the quartet had planned a much bigger tour that was delayed by the coronavirus pandemic. Finally, in 2022, Daniel Ash (guitar, saxophone), Peter Murphy (vocals), Kevin Haskins (drums), and David J (bass) came together for a significant US tour that began with their Cruel World Festival appearances and extends throughout the year. Bauhaus too represent Cruel World bands that visit DC with their scheduled show at The Anthem on Monday, Sept. 12.

As a headliner at Cruel World, Bauhaus enjoyed a relatively lengthy hour-long set on the festival’s Outsiders main stage. On May 14, the band stormed through 13 songs, ending their show on their well-regarded cover of David Bowie’s “Ziggy Stardust.” Undeterred by a stage tumble by Peter Murphy, Bauhaus favored debut album In the Flat Field with five songs and ripped through a rousing rendition of their 1979 signature single “Bela Lugosi’s Dead” as well.

Make no mistake: Bauhaus absolutely thrilled attendees of the festival’s sold-out first night and reportedly were even more remarkable during the blood moon eclipse of the second night. Bauhaus amazed with their Cruel World performances and left the audience even more eager to see them closer to home on the road throughout the rest of the year.

Watch a video of “Bela Lugosi’s Dead” by Bauhaus taken from the movie The Hunger on YouTube: 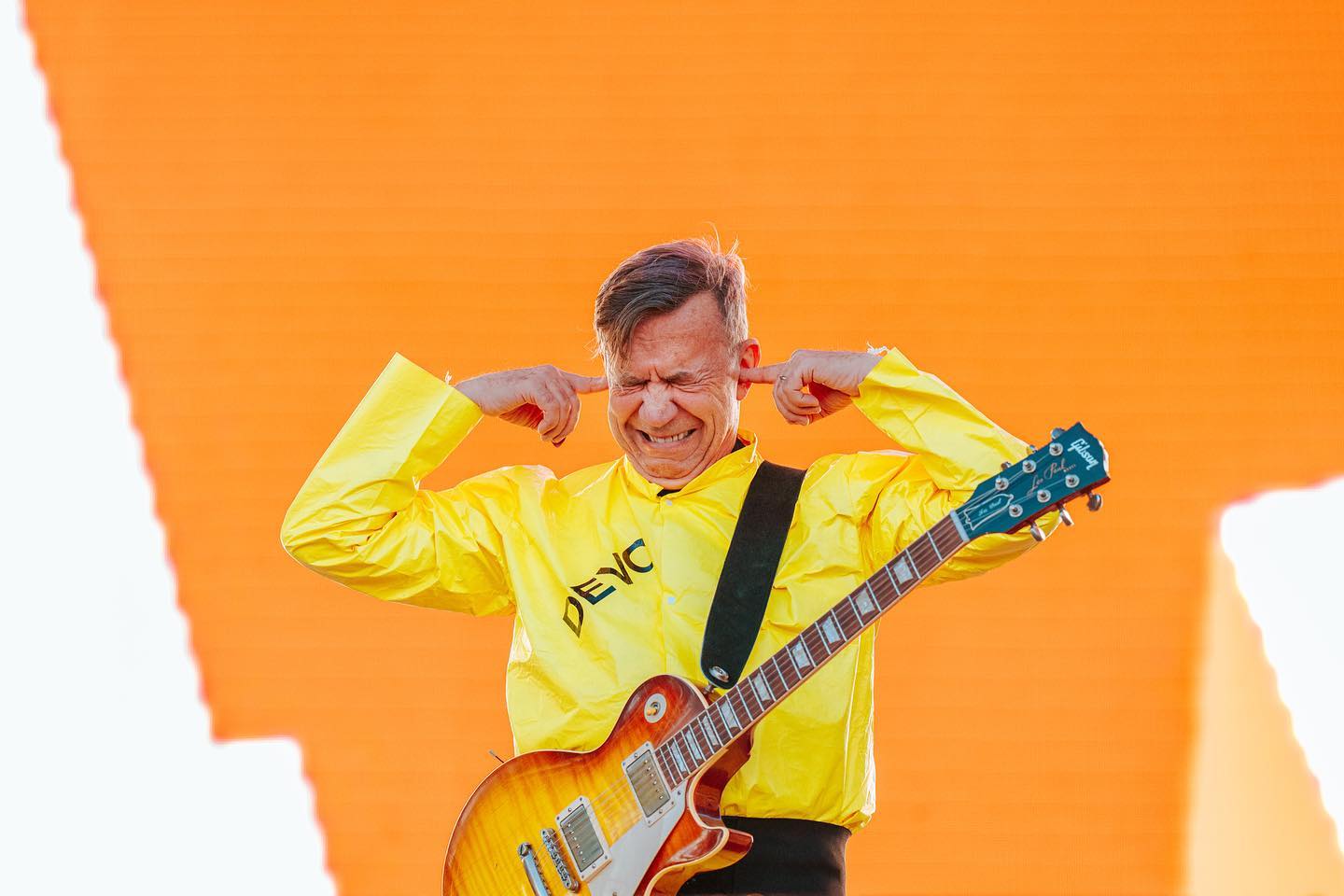 As much love as there was for Bauhaus among the black-clad denizens of Cruel World, no band left the festival with a bigger buzz then Devo. Frontman Mark Mothersbaugh and company took to the main stage early in the evening to wake people up with a tight 45 minutes that thoroughly sizzled.

Little wonder that Devo came ready to wage war as the moment seems to be readymade for the ’70s punk progenitors. In the last half of the set, bassist Jerry Casale asked the audience, “How many people here tonight think devolution is real?,” referencing the band’s underlying philosophy that humanity can be counted on to go backward. From the Supreme Court to Putin, “tyrants and scumbags are running rampant in the face of humanity,” Jerry said, queuing up a blistering rendition of “Jocko Homo,” the famously discordant punk anthem that dares ask, “Are We Not Men?”

Mark, Jerry, and guitarist Bob Mothersbaugh (aka Bob 1) were in fine form along with their younger colleagues, guitarist Josh Hager and drummer Josh Freese, forming five fingers of a fist ready to blow things up. As it happens, Devo rather flew blithely through a well-coordinated set of costume changes punctuated by their snappy and colorful visuals. The band donned energy domes and tearaway Devo workman coveralls to zip, zap, and snap through a dozen or so deeply memorable selections. The show began powerfully with “Don’t Shoot (I’m a Man)” from newer Something for Everybody and settled into its poppiest moments at its midpoint with crowd-pleasers “Girl U Want” and “Whip It” from Freedom of Choice, the band’s third full-length, and one of the most remarkable all-time modern records.

We can only hope that Devo are inspired to hit the road again soon. Cruel World demonstrated most of the country has been too long without them!

Watch the official music video for “Whip It” by Devo on YouTube:

Apparently vowing to produce the festival as an annual event, Goldenvoice has promised Cruel World 2023 will feature at the very least Echo and The Bunnymen, who were slated to appear this year but could not make the dates at the last minute. I can tell you with certainty that I will be there!