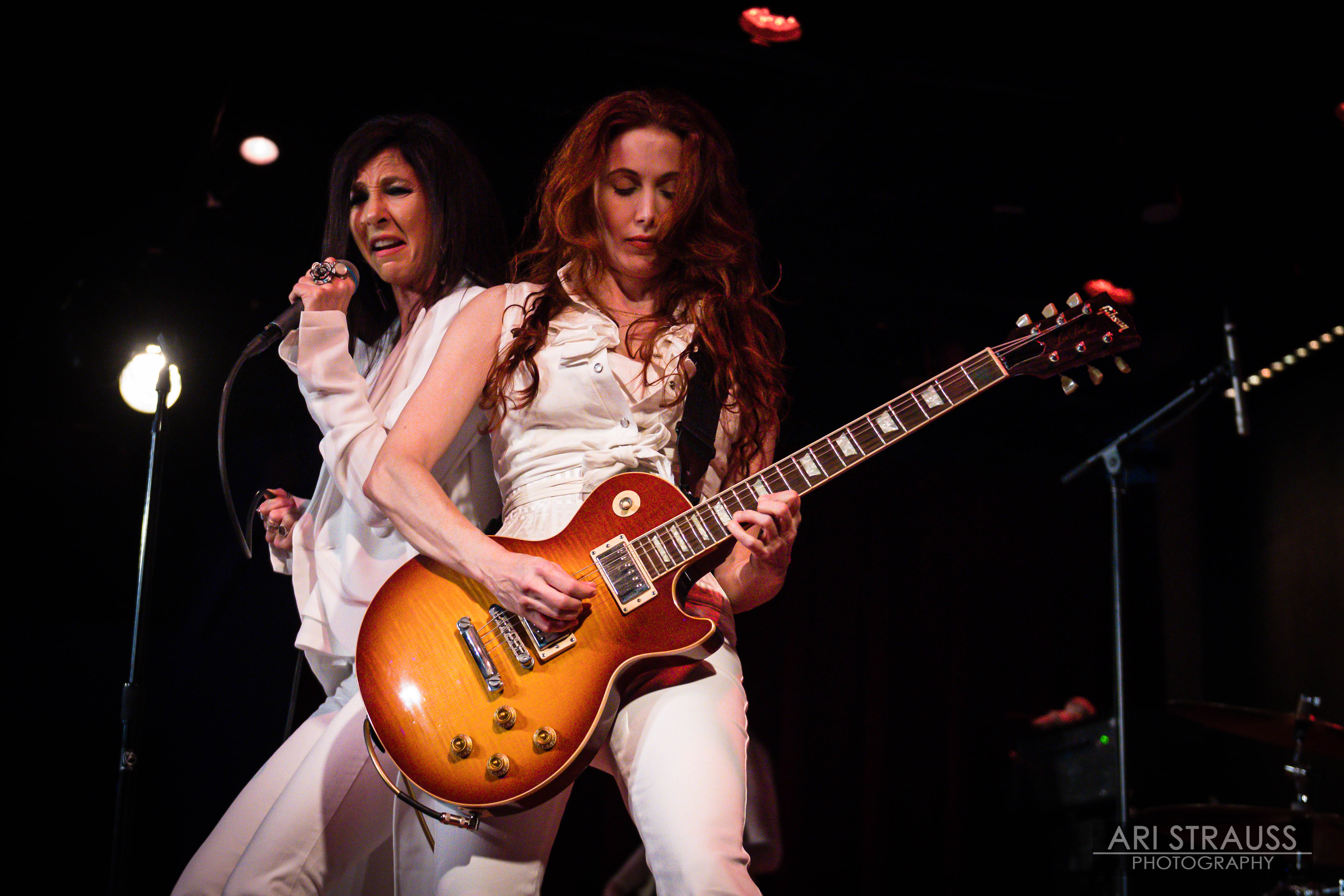 Air drums and air guitars were prominent among a crowd of nostalgic Led Zeppelin fans at DC’s City Winery recently as Zepparella, an all-female Led Zeppelin tribute band, played its first show at the Ivy City venue in over three years due a forced break in touring during the COVID-19 pandemic.

With no opening act, the ladies of Zepparella, dressed in their signature all-white outfits, took the stage to a cold audience; but as soon as Gretchen strummed the opening guitar riff of “Good Times Bad Times,” the crowd was lit up. The energy continued as the band made its way through the setlist with “Communication Breakdown,” “Rover,” and “The Lemon Song.”

By this point in the set, Anna Kristina’s pipes were sufficiently warmed up to reproduce Robert Plant’s upper register wails that overlay the percussive F# guitar riff that opens “Immigrant Song.” This number showcased Holly with an extended solo on her ’62 replica white Fender Jazz Bass — John Paul Jones’ instrument of choice for most of the Zeppelin era.

Up next, “Bring It On Home” featured Anna Kristina’s skill on the blues harp with a solo at the open of the song and an extended one in the middle.

Gretchen pulled out her violin bow for her turn at an extended solo in “Dazed and Confused” because no Led Zeppelin tribute show is complete without some bowed guitar playing.

With all the extended solos out of the way, the band played “Trampled,” “The Ocean,” and “Rock” before Anna announced we’d come to the last song of the show, to which the crowd erupted in good-natured mock protest.  Anna assured everyone not to worry because Led Zeppelin songs are all really long. Everyone was trying to guess that last song until Gretchen strummed the unmistakable opening riff of “Whole Lotta Love,” which brought the crowd to its feet.  After a short pro forma break, the band came out for its encore, “Levee.”

Check out some more photos from Zepparella’s May 12, 2022, performance at City Winery DC.  All photos copyright and courtesy of Ari Strauss.