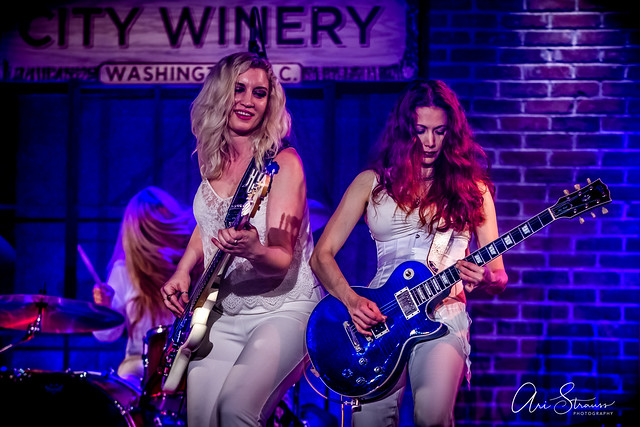 An entire generation of Led Zeppelin fans have grown up deprived of the opportunity to see the supergroup perform its legendary material live. A temporary reprieve from that disappointment was enjoyed by a sold-out crowd at DC’s City Winery one evening recently when Zepparella, an all-female tribute band, took the stage for a two-hour set of Led Zeppelin’s greatest songs.

Clementine founded the band in 2005. From the beginning of her musical career, her goal has been to be onstage every night — and Zepparella is the most recent effort in the pursuit of that goal. Her emotionally powerful drumming style does great justice to Zeppelin fans’ memory of the energy with which Jon Bonham tackled to songs originally. Her long blond locks waived so much in front around her head as she plays, it wasn’t until at least the fourth song that I was able capture her face in a photo.

Gretchen, a classically-trained guitarist, enjoys much success in that genre. But Led Zeppelin guitarist Jimmy Page was the early influence that led her to pick up the guitar in the first place. It was through the music of Led Zeppelin that she found a gateway into music that resonated deeply with her, creating a love for guitar-oriented music and her love for playing the instrument.

Holly, the newest addition to Zepparella, taught herself to play the bass. Her playing style is drawn from influences span the rock gauntlet — from Clutch and the Rival Sons to Slash and ZZ Top and of course John Paul Jones from Led Zeppelin.

Anna is on her second tour of duty providing vocals and fronting Zepparella. She was lead singer for the first five years, then stepped away for some personal projects. She rejoined the band in 2018. Robert Plant clearly influenced her vocal style and her stage choreography, but she doesn’t try to imitate the Zeppelin frontman.

In fact, none of the ladies in Zepparella try to “imitate” their counterparts in Led Zeppelin — they put their own flavor and interpretation into the performance. It was through that unique flavor that their love, respect, and gratitude for Led Zeppelin’s music resonated at City Winery on April 25.

Enjoy some photos from Zepparella’s performance at City Winery DC on April 25, 2019. All photos copyright and courtesy of Ari Strauss. 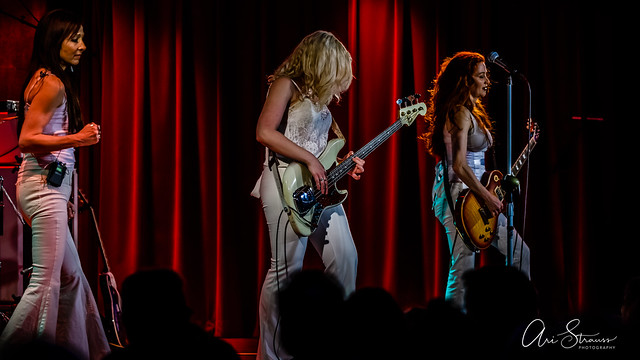 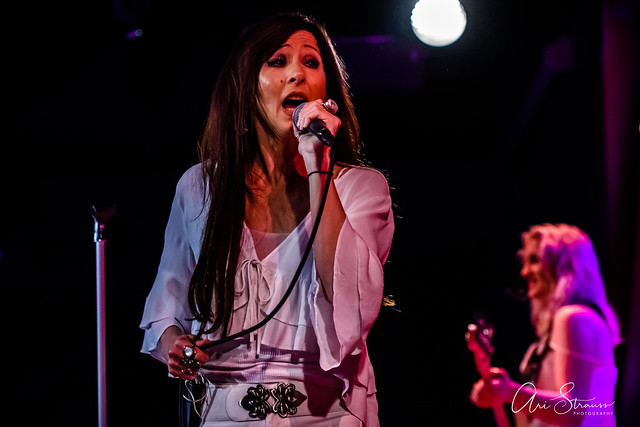 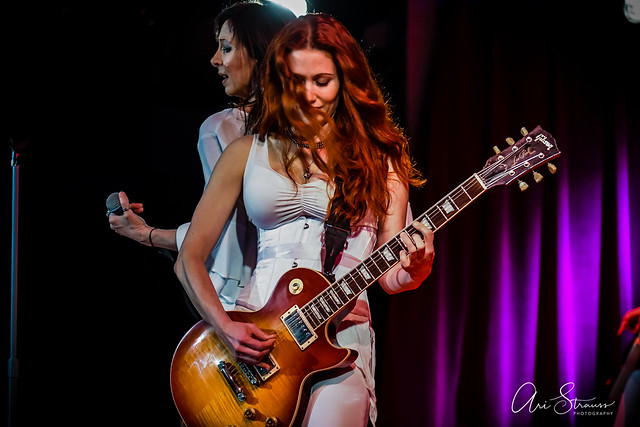 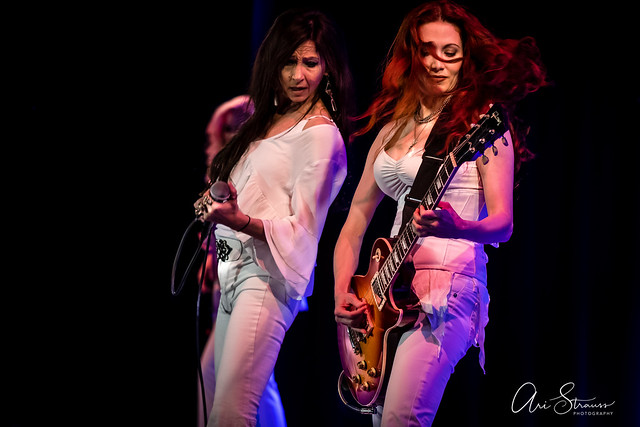 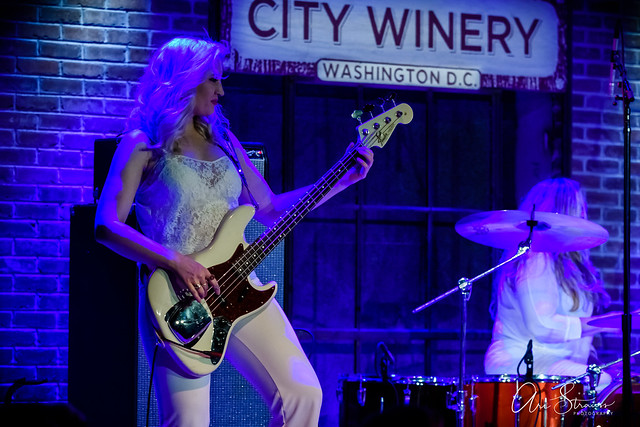 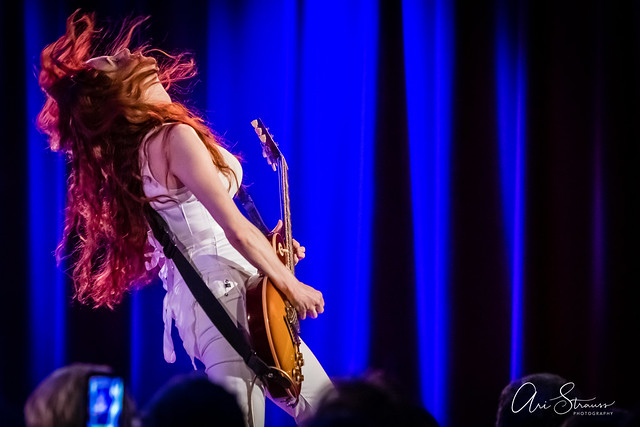 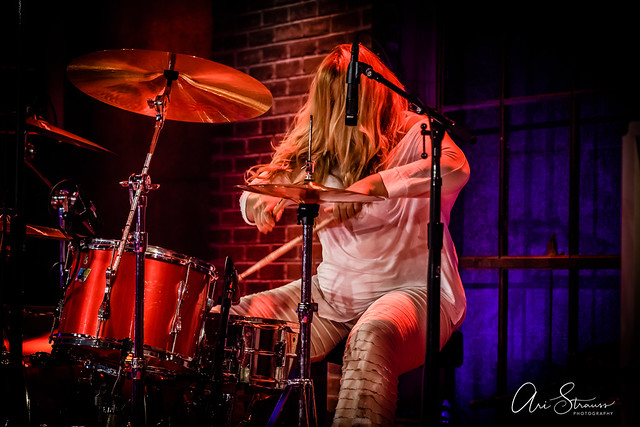 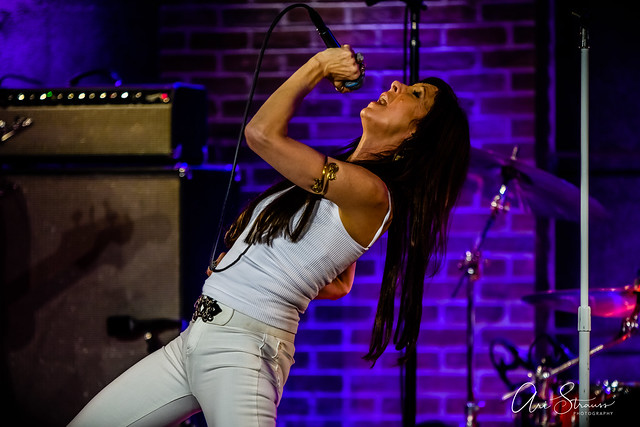 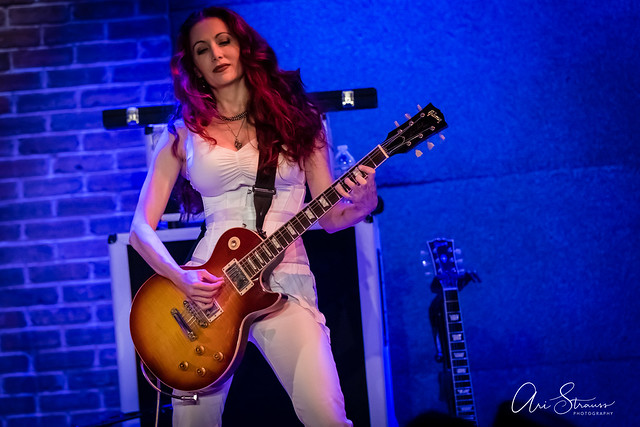 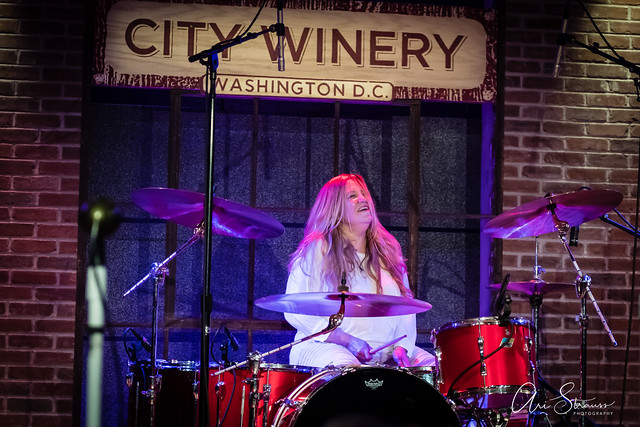 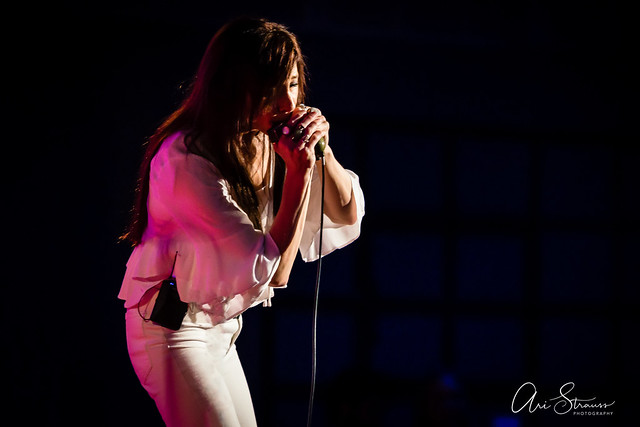 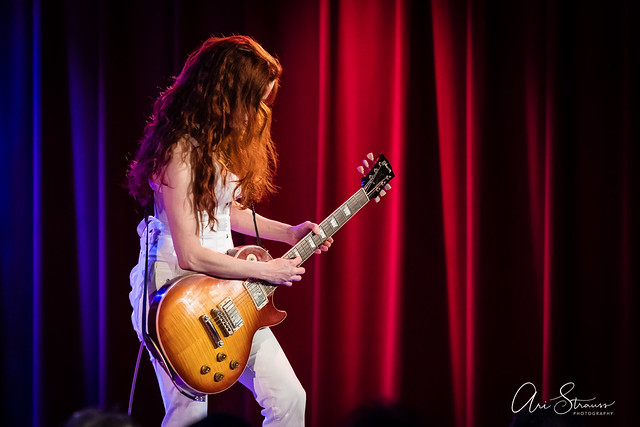 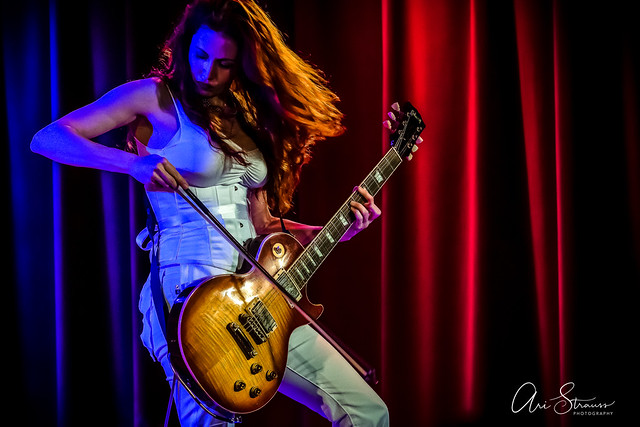 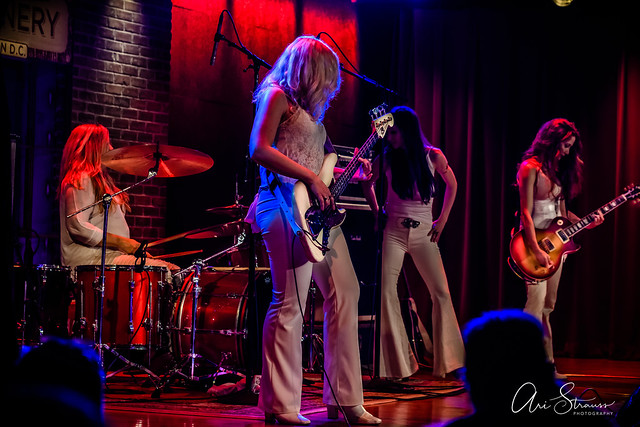 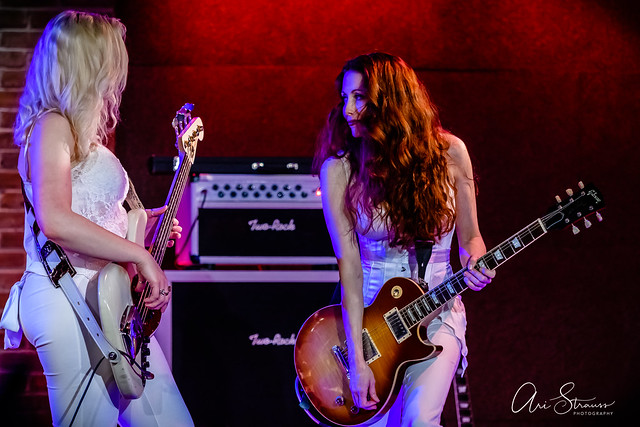 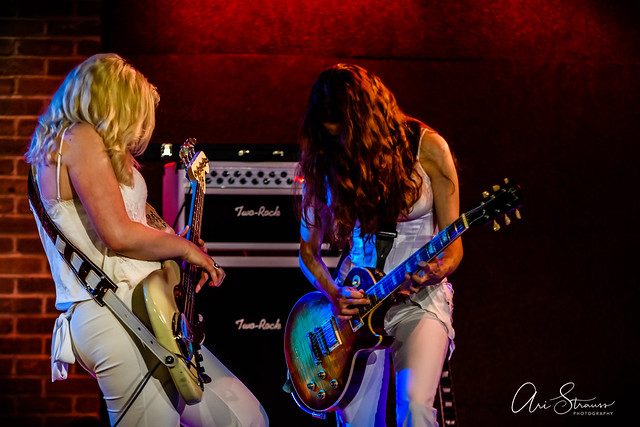 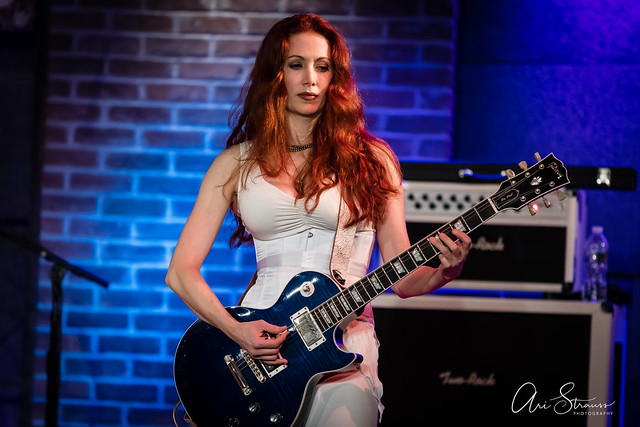 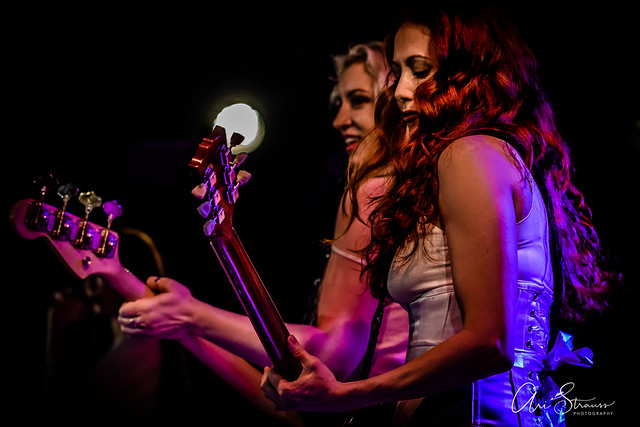