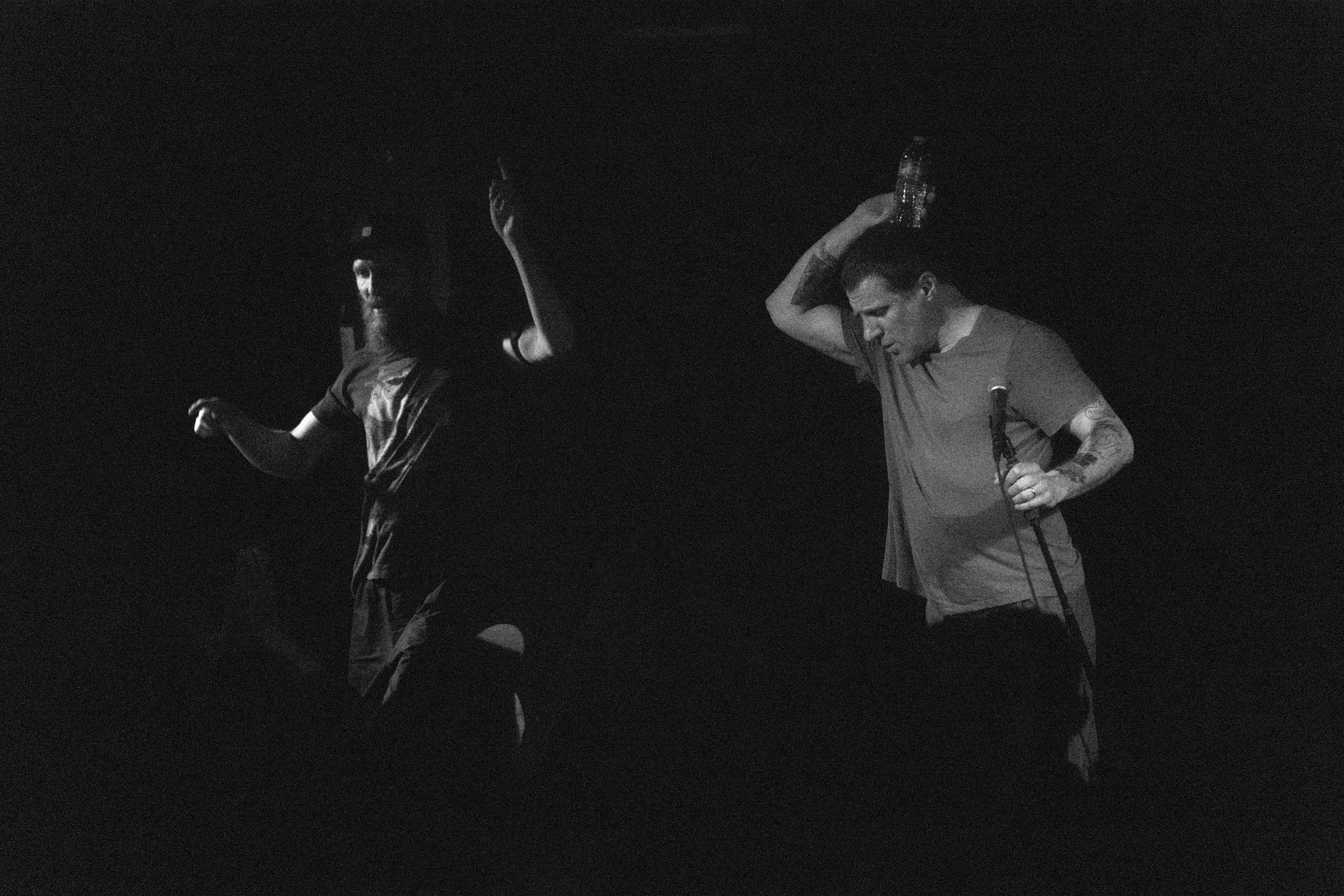 Sleaford Mods dance in the dark at Black Cat on May 21, 2022. (Photo by Mickey McCarter)

When you first ever see Sleaford Mods, you might not know exactly what to make of them. Are they aging hipsters? Roadies who found their way on stage? A few pissed off guys who want to dance?

It turns out that the duo — Jason Williamson and Andrew Fearn — are serious artists who make compelling music. They recently filled Black Cat in DC with a lengthy set of about 23 songs, presenting an engrossing act that makes you reconsider what exactly constitutes a concert.

On May 21 at Black Cat, Jason Williamson took to the stage to sort of musically sling spoken words at the very full house, indulging in what he might call “punk-hop.” The Englishman, bursting with working-class values and ready to knock anything that seems needlessly haught or indulgent, strode around the stage, occasionally with one arm folded around his back, as if to deliver a serious lecture about the stupidity in the world.

While Jason sing-songed, Andrew Fearn hopped about, swinging his arms and head in a compelling accompanying dance. Well, the dance was also commentary, much like Jason’s singing, because Andrew staked out grounds for a sort of meta-conscious state for letting yourself go — because why the fuck not?

The audience, it must be said, was there for it, wholly wrapped up in the stage proceedings and often throwing themselves into a dancing daze like Andrew. It must be said that Andrew played no instruments, but he was in fact responsible for the instrumentation. The producer set up a musical backing track for the show prior to the set. Upon seeing him before the performance, the front rows of the audience yelped their approval, and Andrew smiled widely and waved to them in appreciation.

The two English Midlanders certainly presented a different kind of show, with Jason’s unusual lyrical delivery and Andrew’s dancing (much to me in the footprints of Bez of the Happy Mondays), and it was invigorating!

Last year, Sleaford Mods released Spare Ribs, an 11th studio album for the band, via Rough Trade Records. They dedicated nearly half the show to the album, opening with “The New Brick,” a poke in the eyes of British conservative politicians.

Watch a lyric video for “The New Brick” by Sleaford Mods on YouTube:

Although Sleaford Mods are somewhat new to my ears with their recent rising tide of US indie popularity, Jason has been releasing records under the name since 2007. The blokes reached back to one of those early albums, The Mekon, for a song titled “Jobseeker” toward the very end of the show. “Jobseeker” is much more overtly punk in its narrative of being stuck on unemployment while checking in with local government job services to express the futility of the system.

Most recently, Sleaford Mods released an official music video for “Nudge It” with guest Amy Taylor. This new song also cut to the quick with its criticism of senseless commercialization and “ticking political boxes” by people who have no clue what they are doing. Title track “Spare Ribs” criticizes cluelessness as well as the commercial world indulges itself while homeless communities exist in a separate world of “soft start kits, beaten lumps of the flesh outside the supermarkets.”

Watch the official music video for “Nudge It” by Sleaford Mods featuring Amy Taylor on YouTube:

The Sleaford gents were a hit with the crowd at the Black Cat. And they actually surprised us all a bit two-thirds through the show with an earnest cover of “Don’t Go” by Yaz, the intent of which was to render a well-regarded pop song in the Sleaford Mods style — Jason’s rapid songspeech coupled with Andrew’s appealing bubbly backing beats. Well, it worked quite well, and the Mods scored some serious points for their “outside the box” demonstration of what’s so appealing and hooky about their song-making apparatus.

Sleaford Mods hit the road in June for a series of festivals, including Glastonbury, but undoubtedly will return to the United States in the not too distant future with the growing interest in their music. Any punk or hip hop aficionado is sure to find something they like with this witty duo.

The Black Cat was pretty dark, as usual, but we took a swing and a miss at some pictures. Here are some photos of Sleaford Mods in the dark at Black Cat on May 21, 2022! 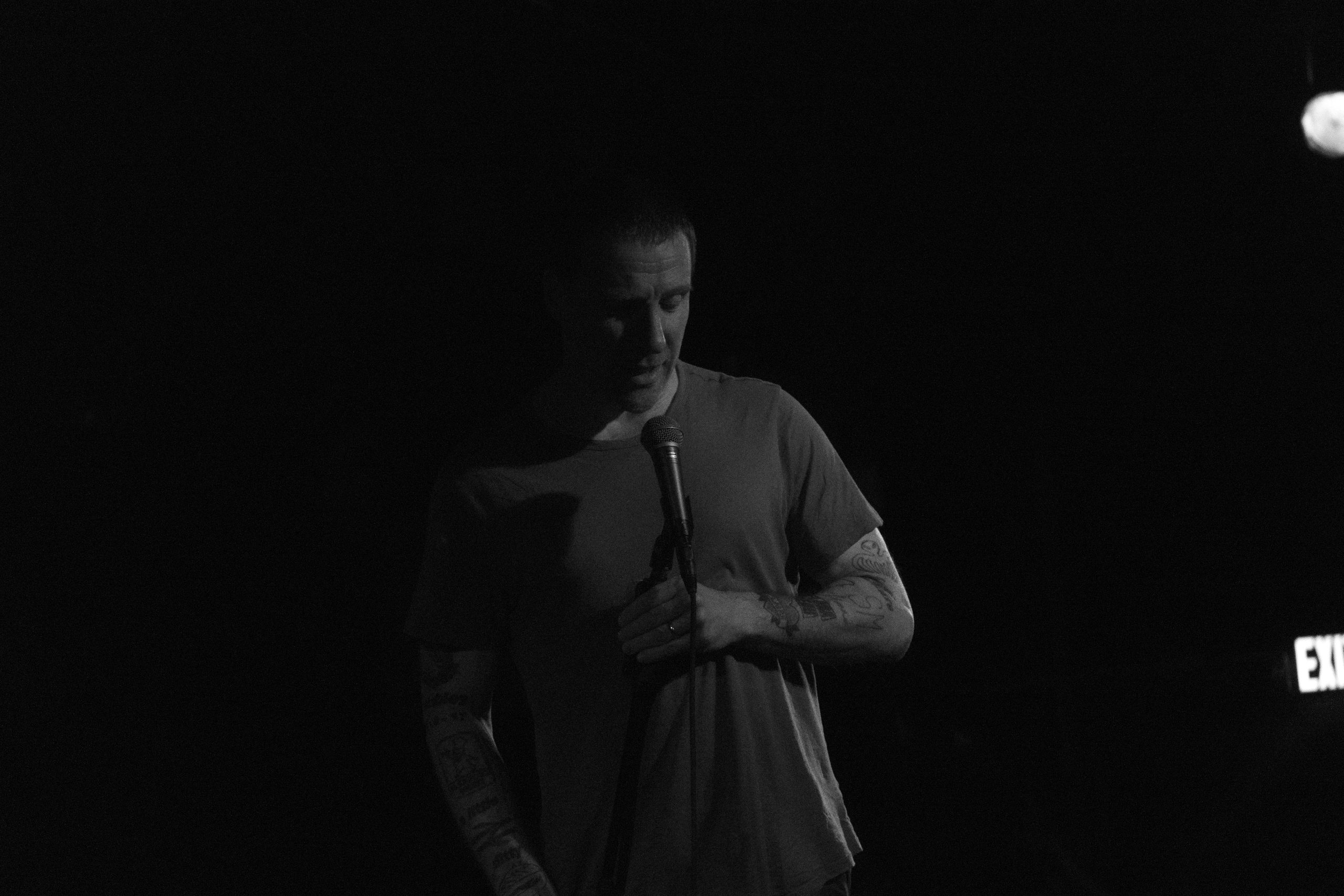 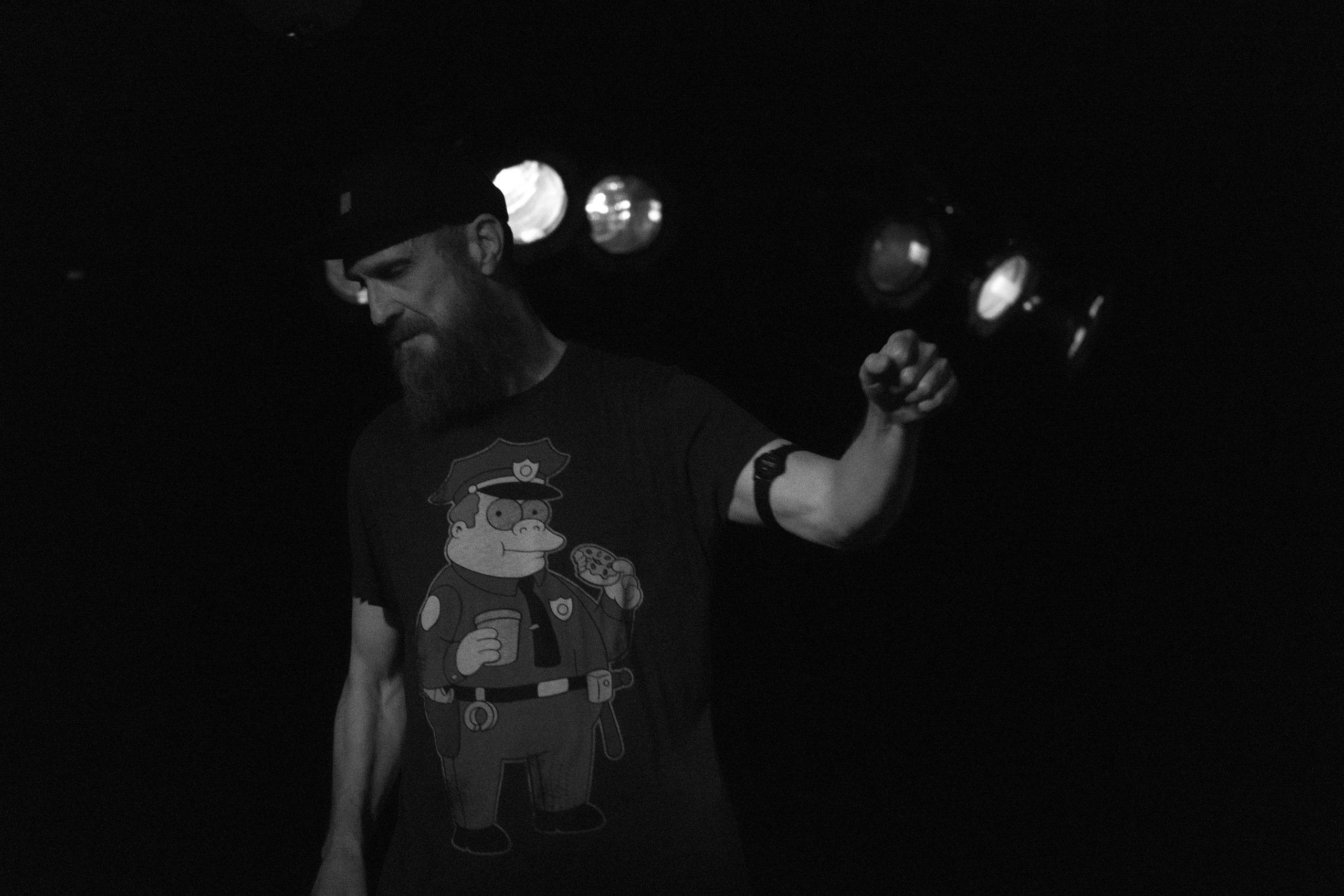 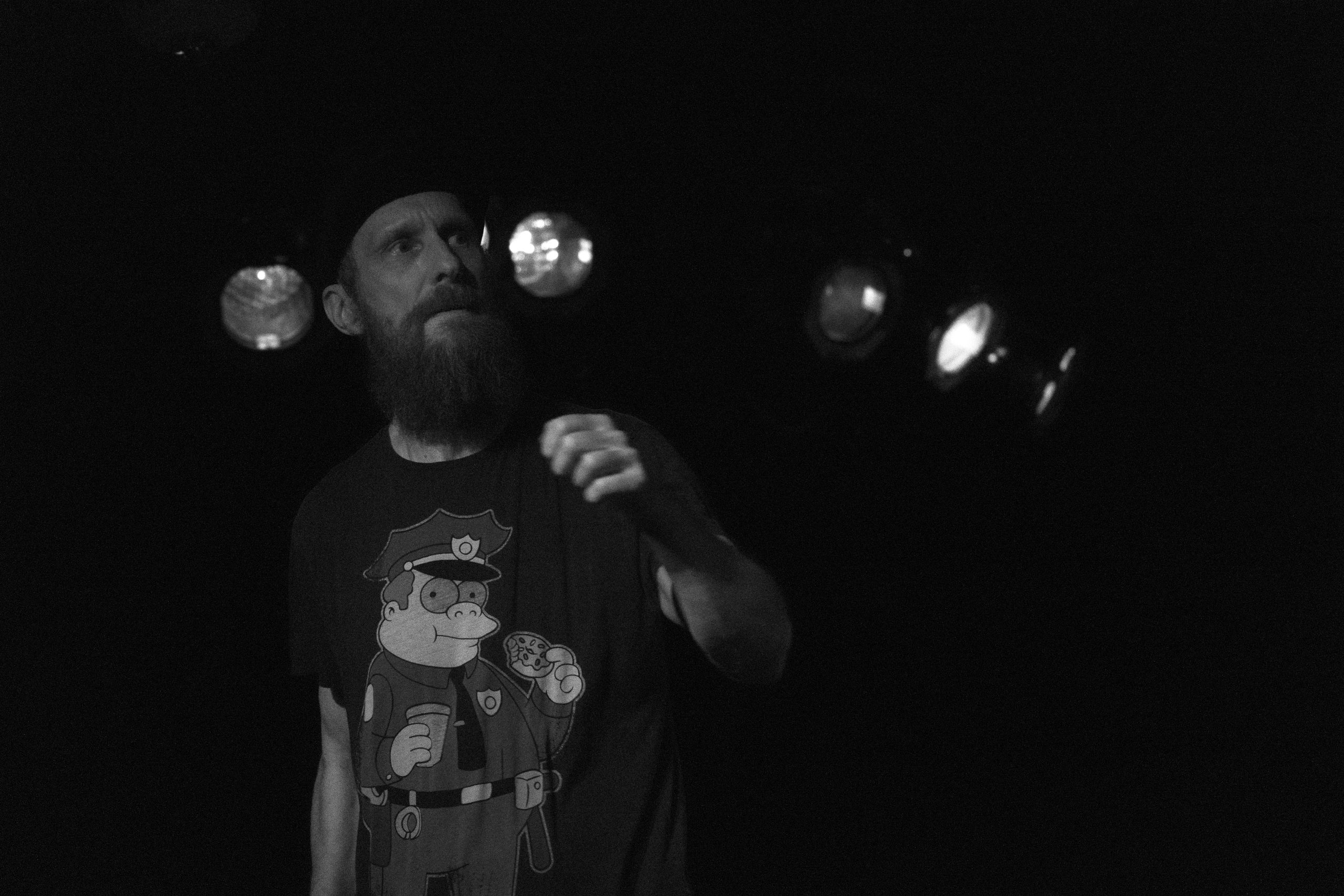 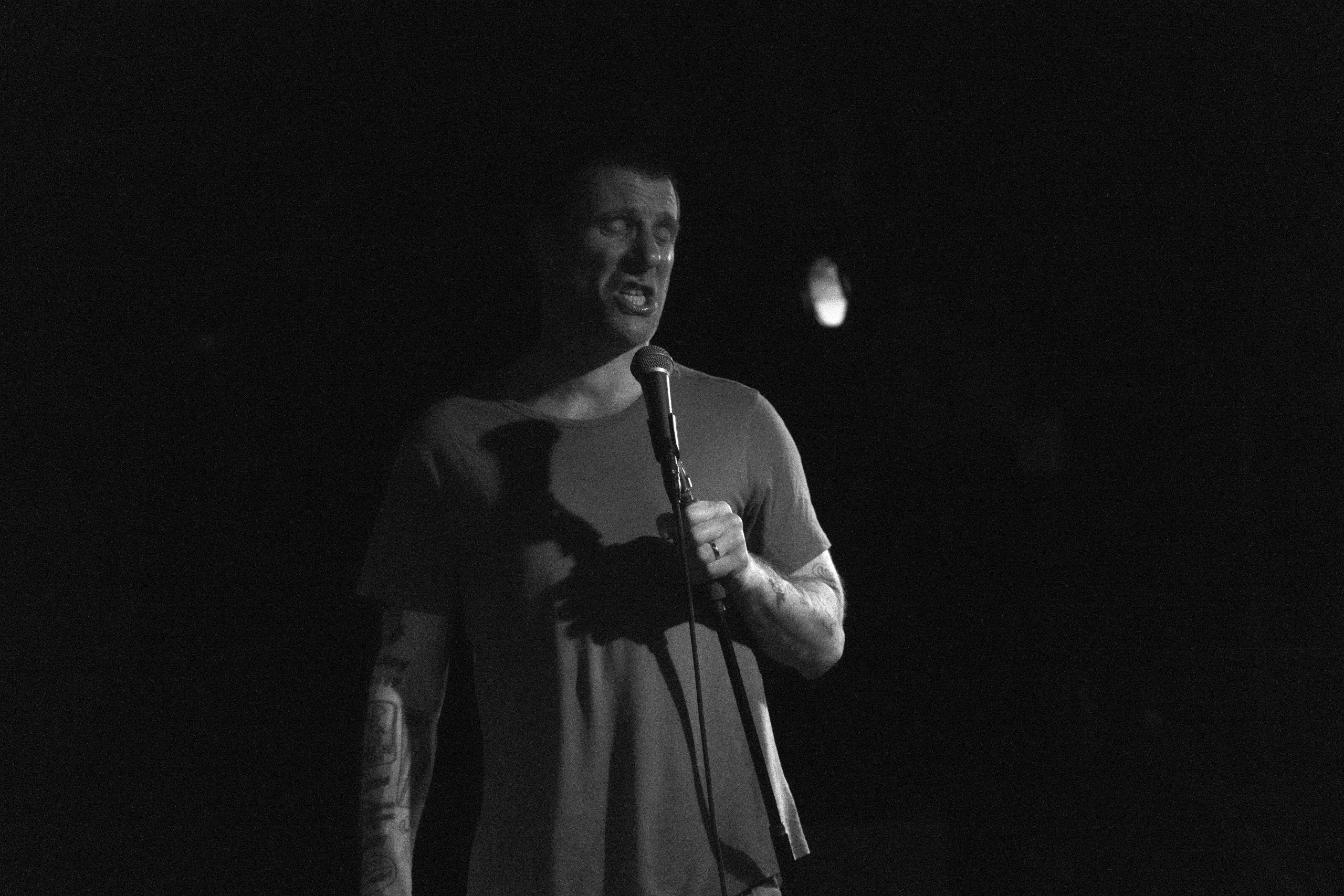 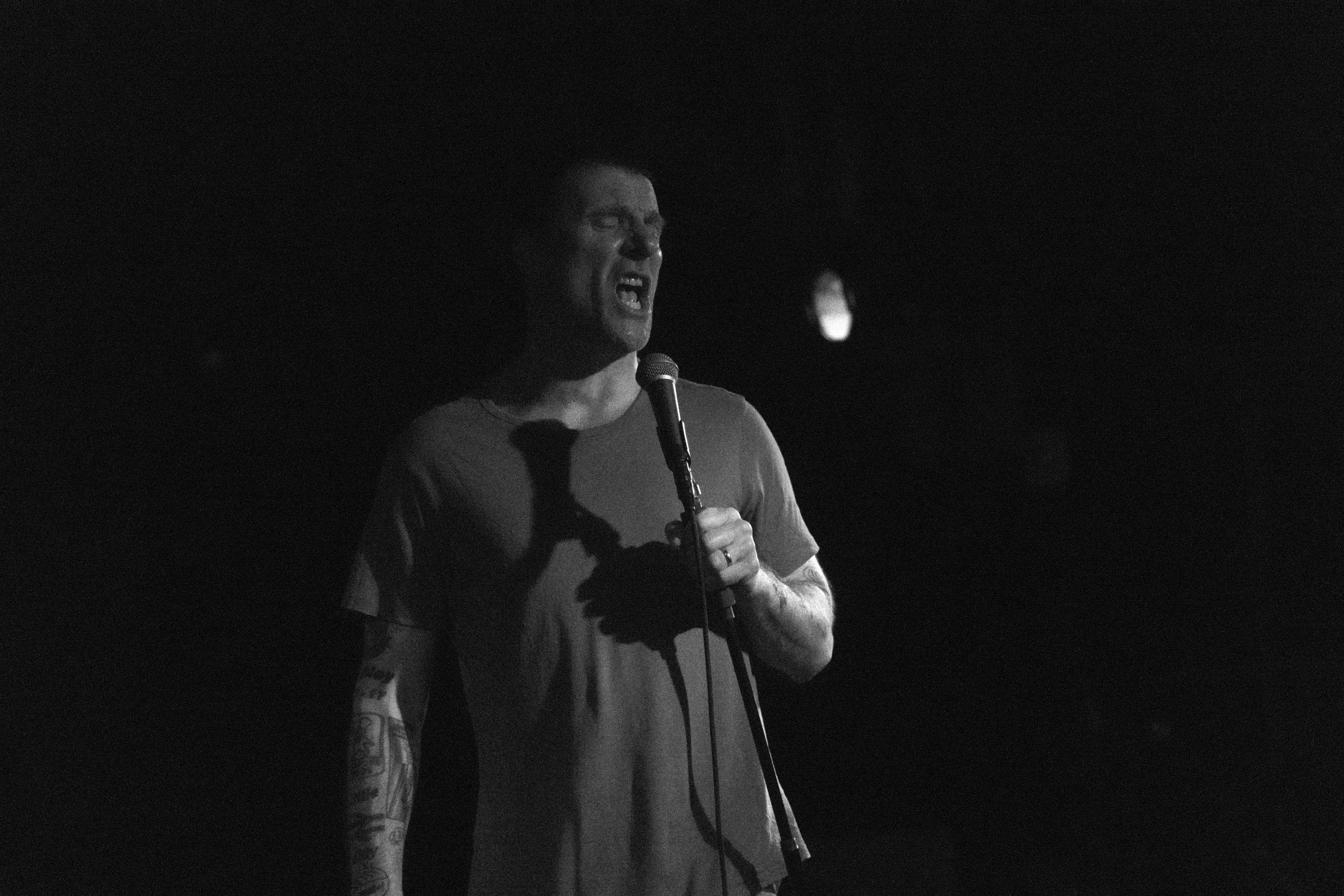 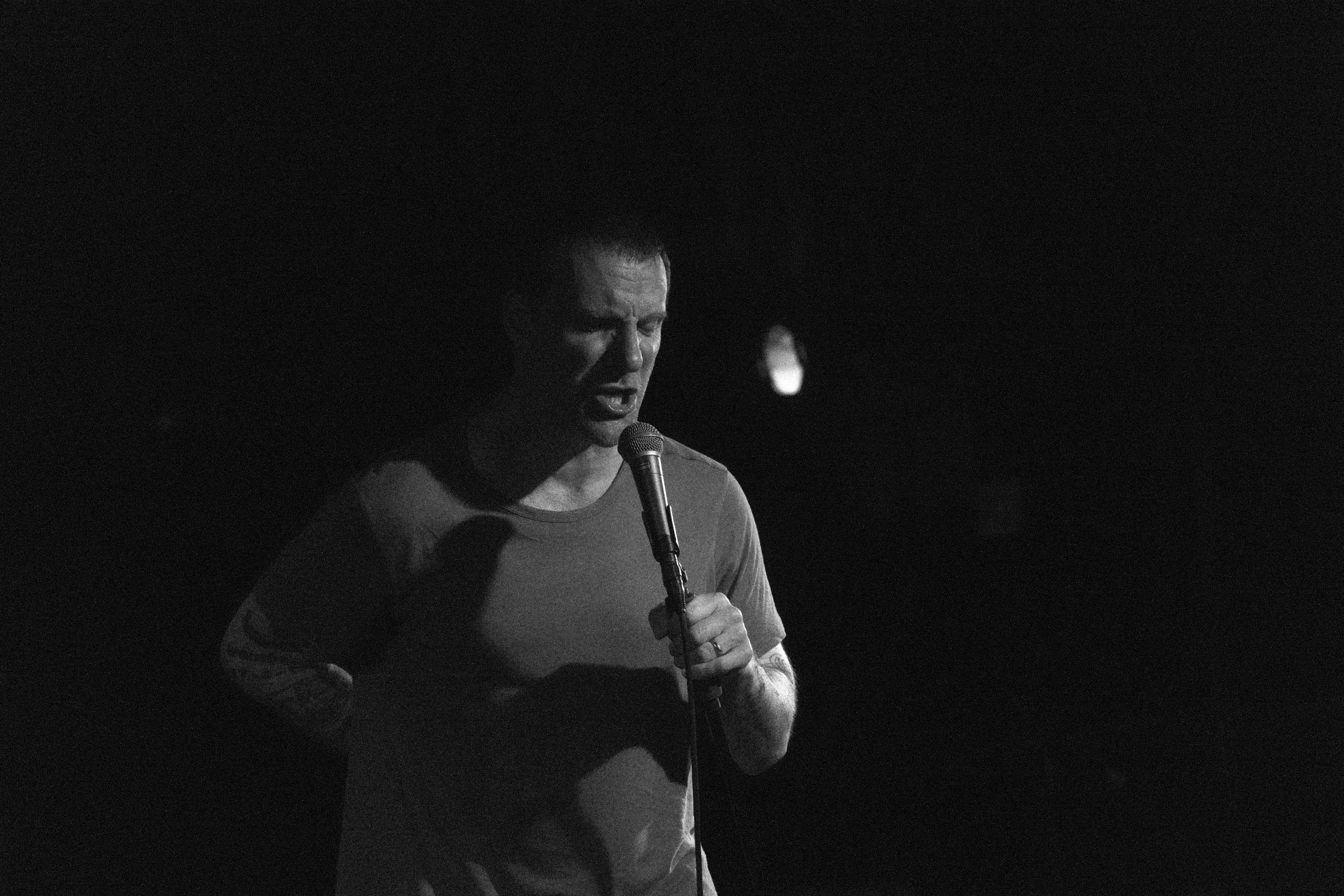 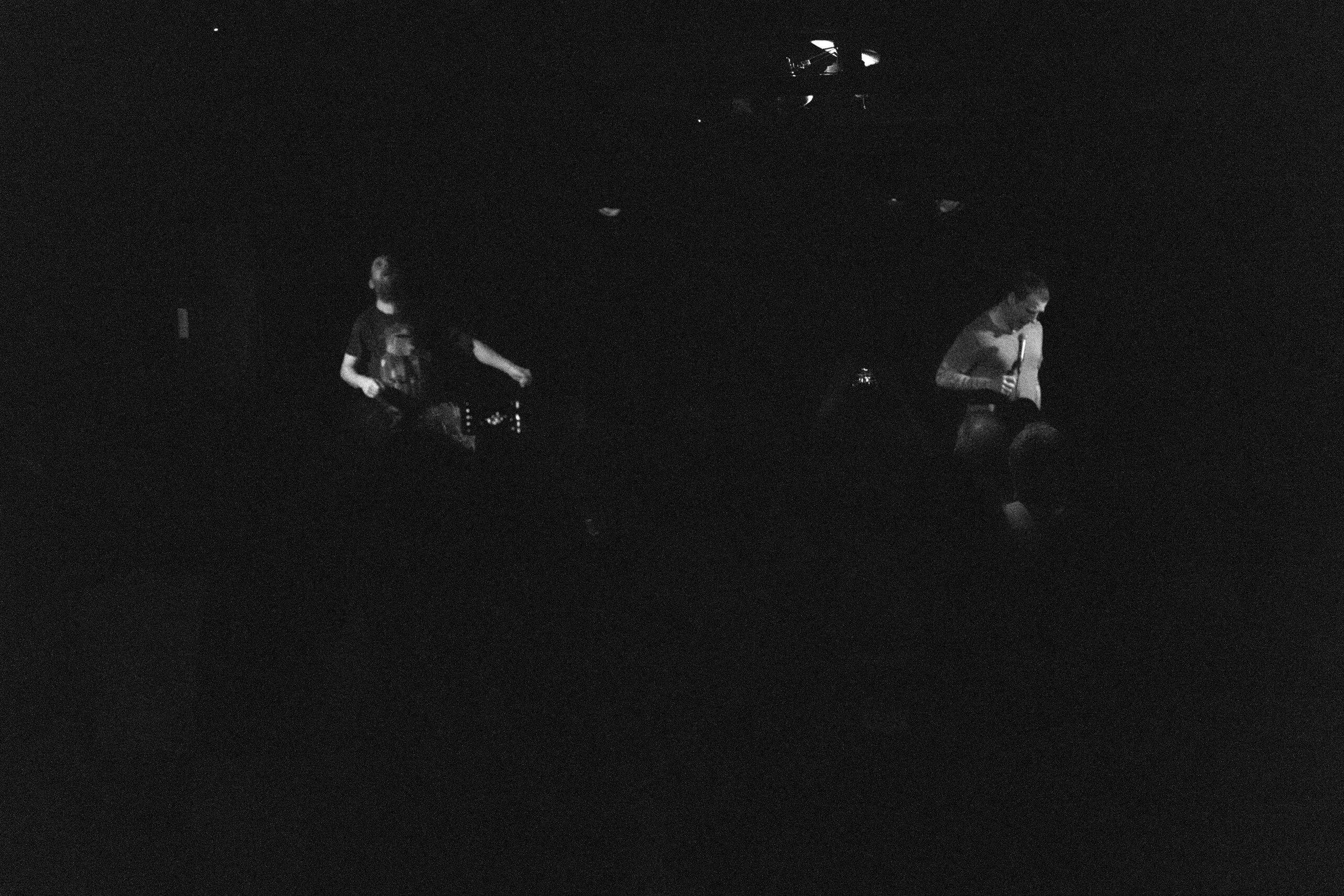 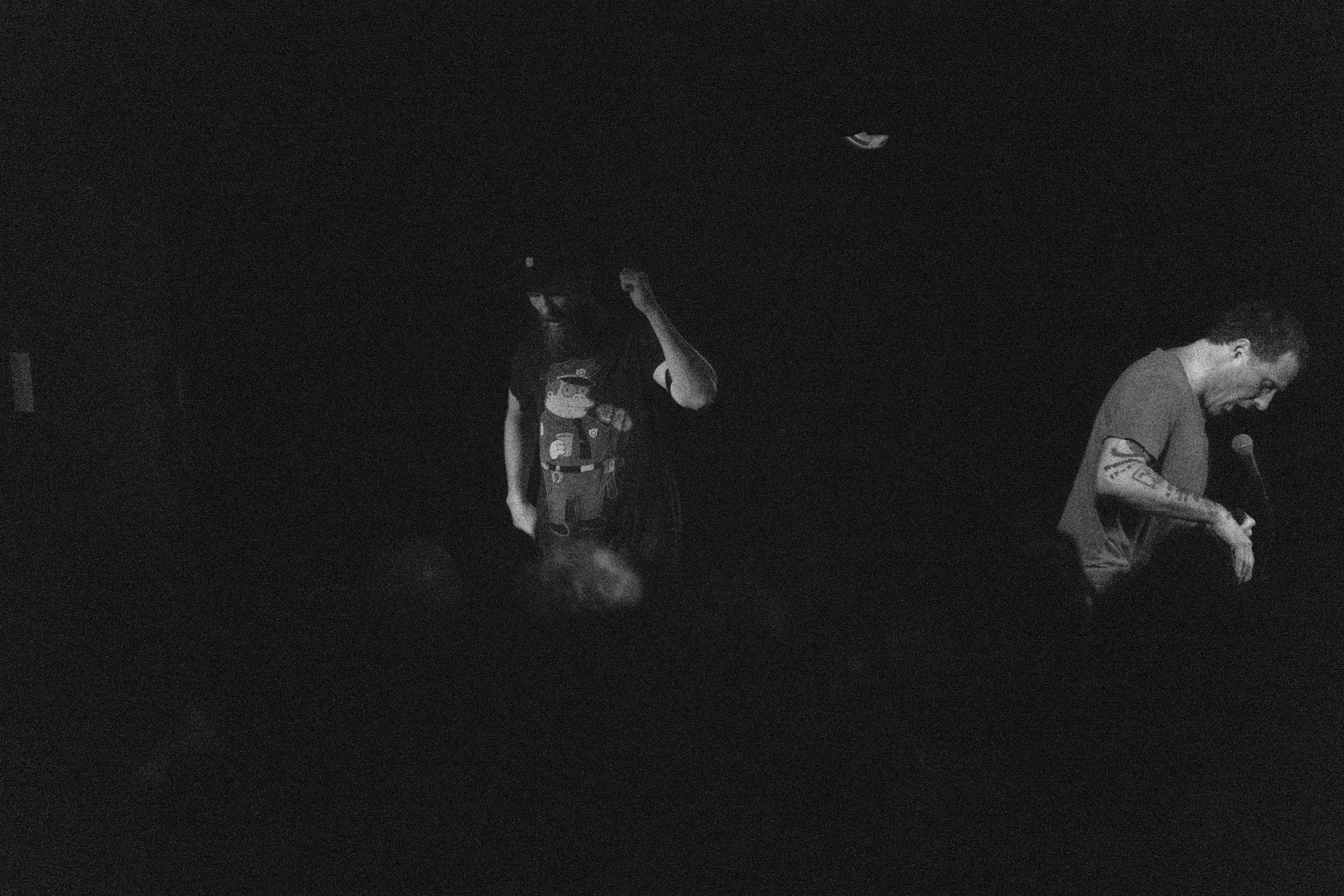 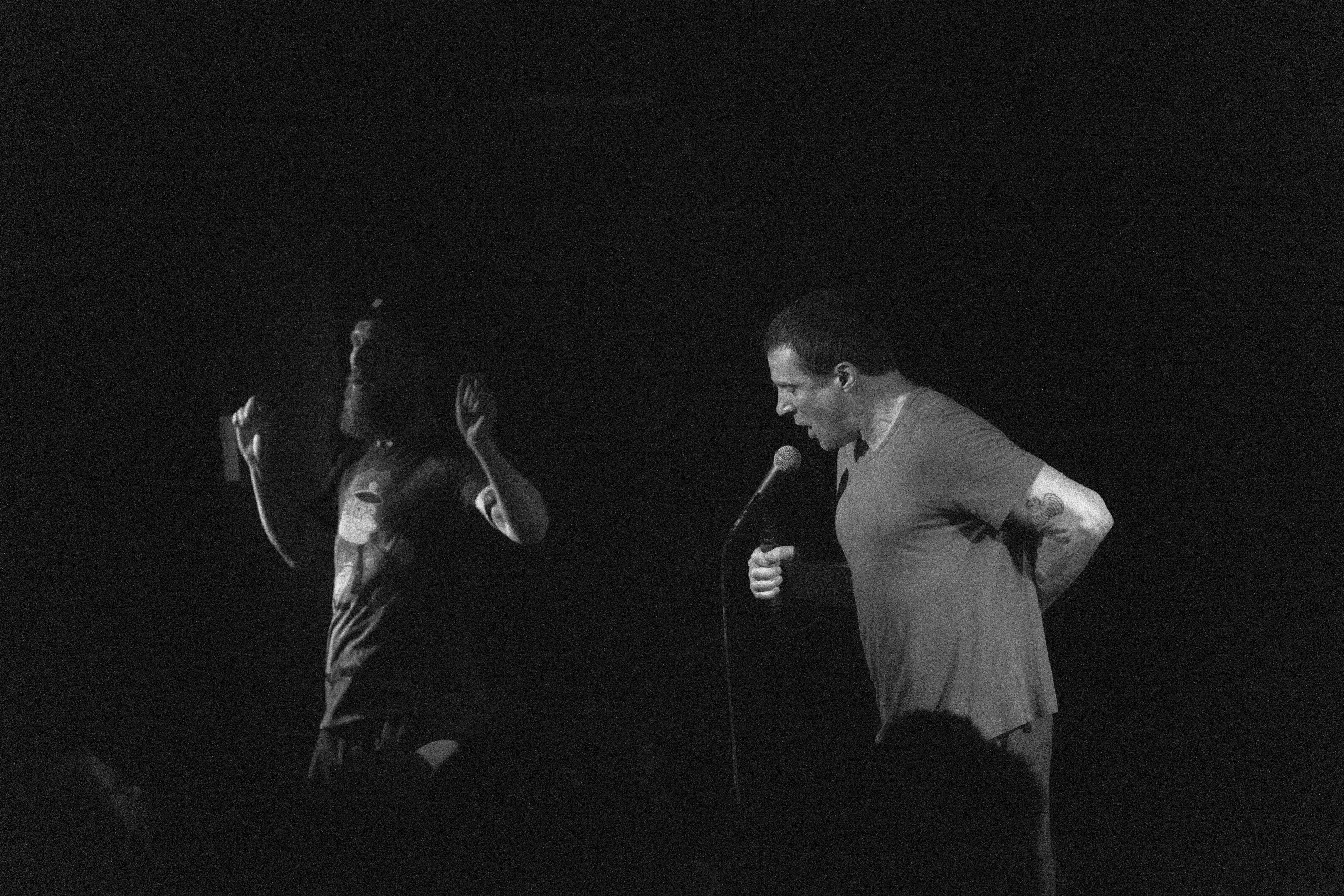 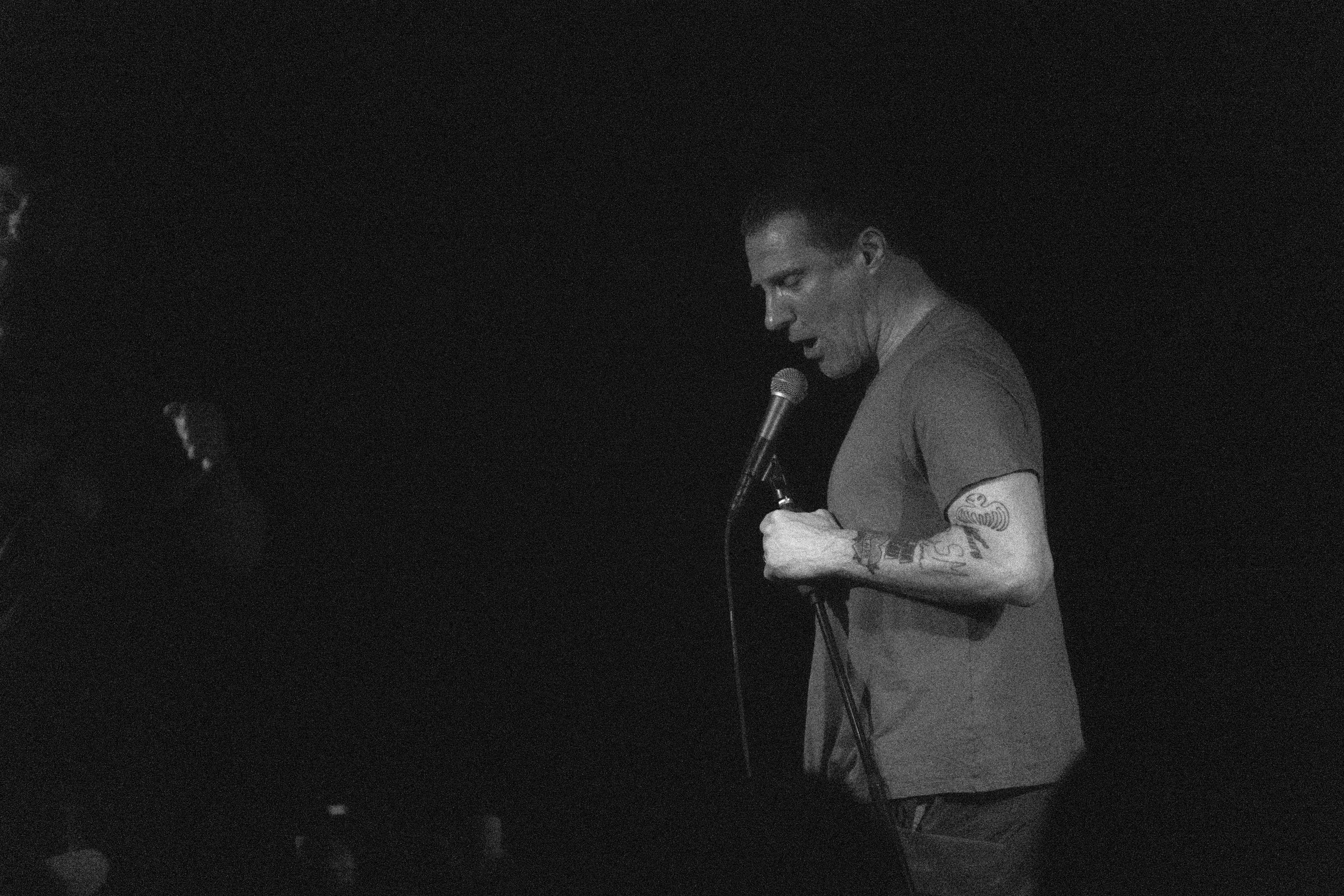 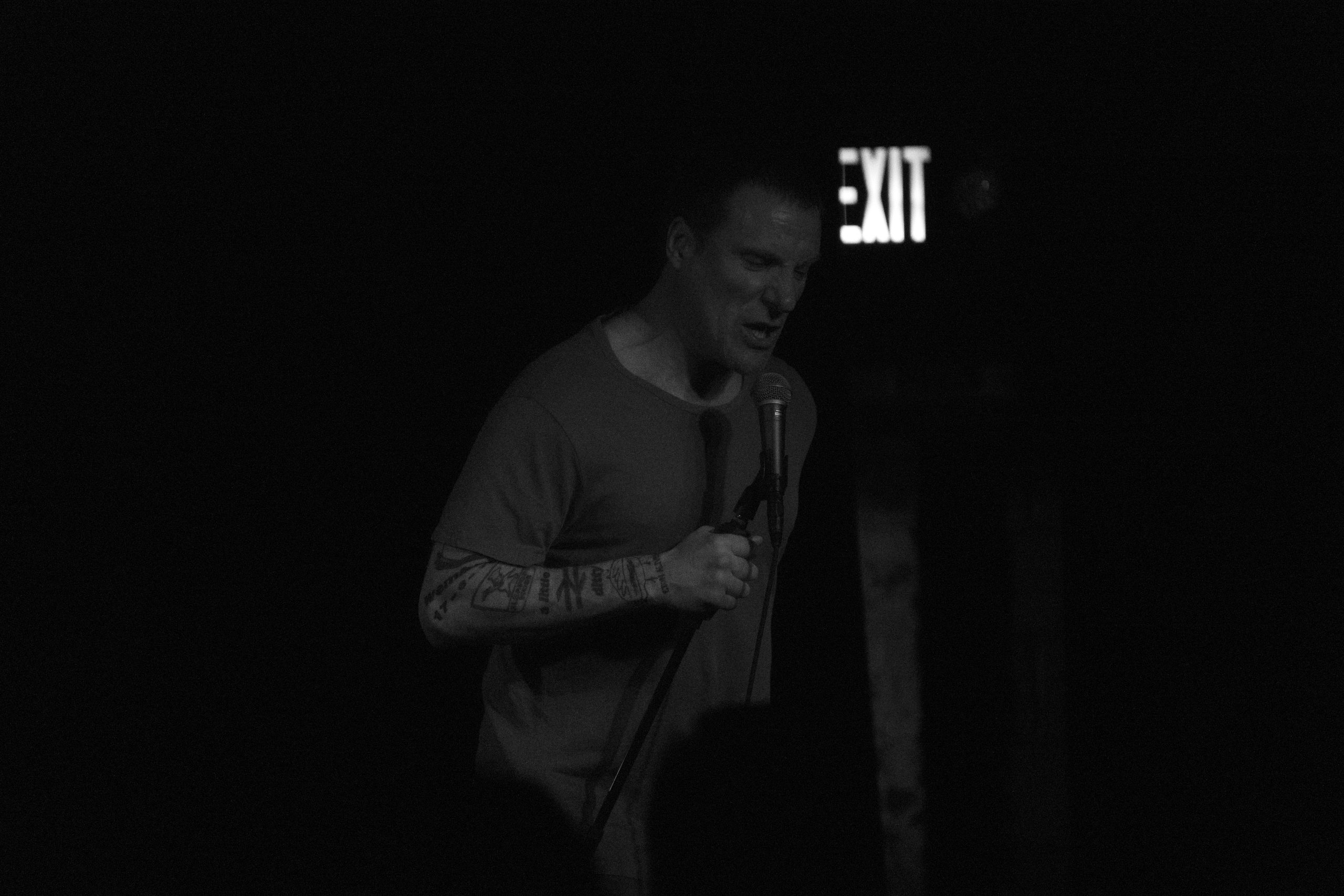 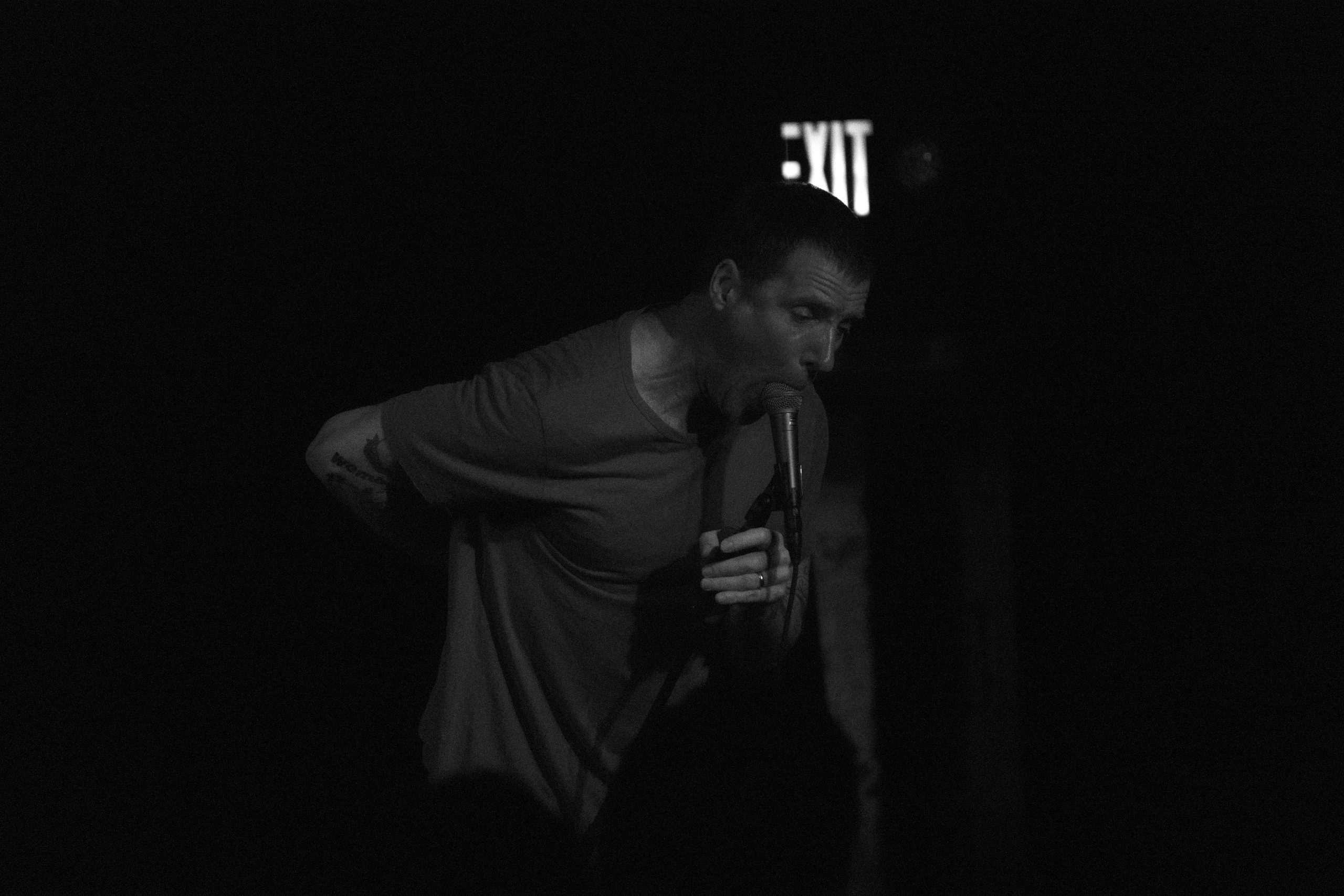 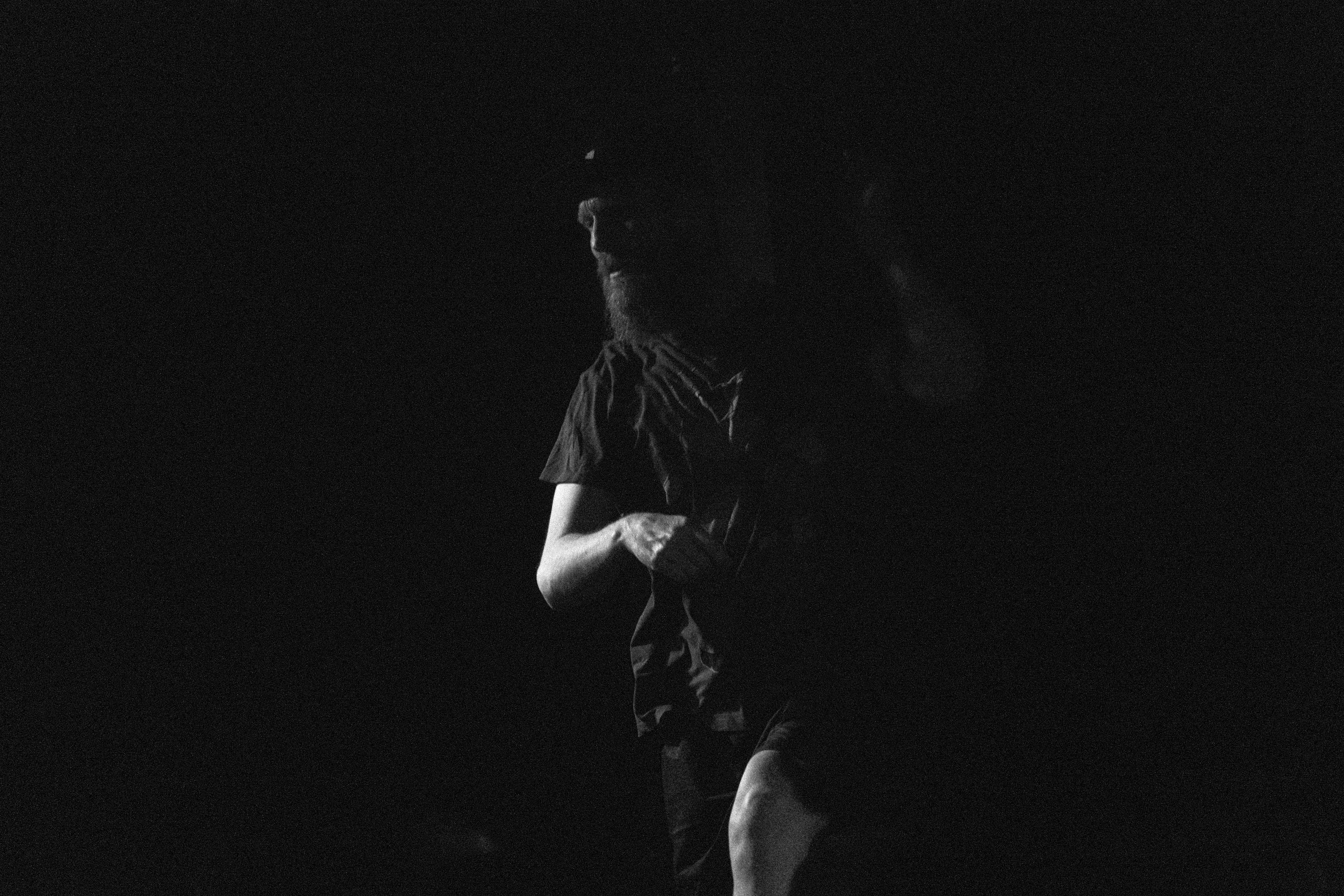 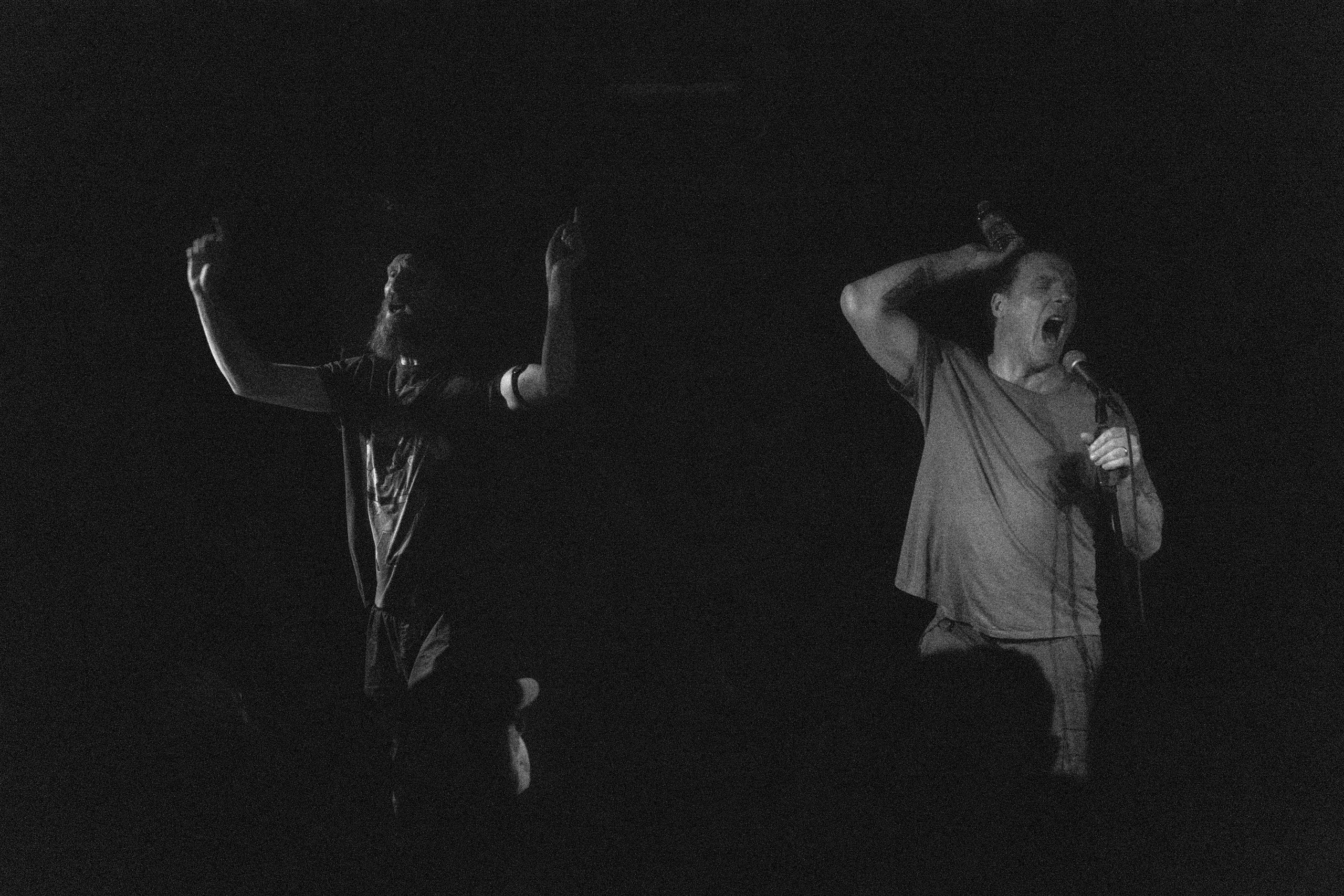 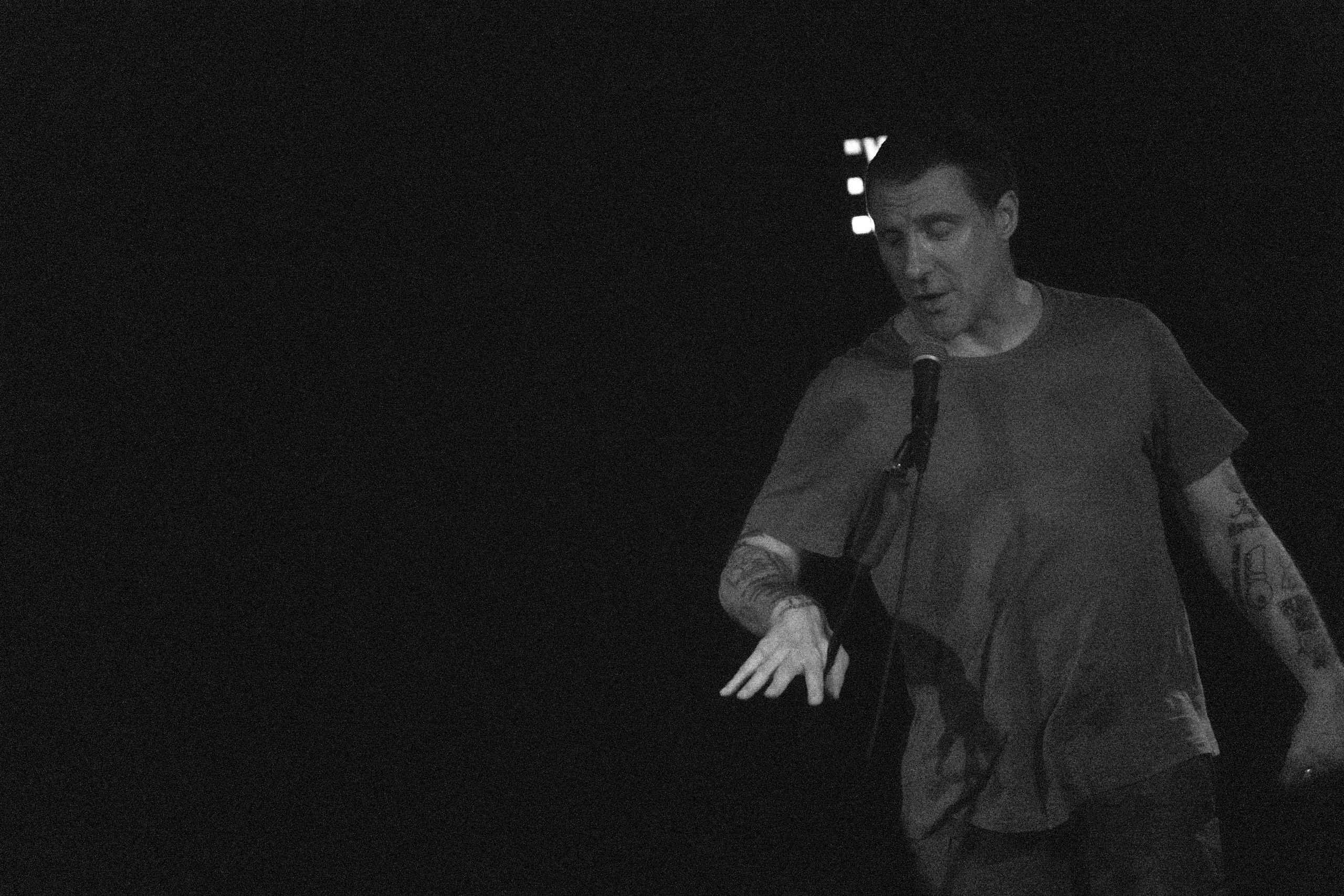 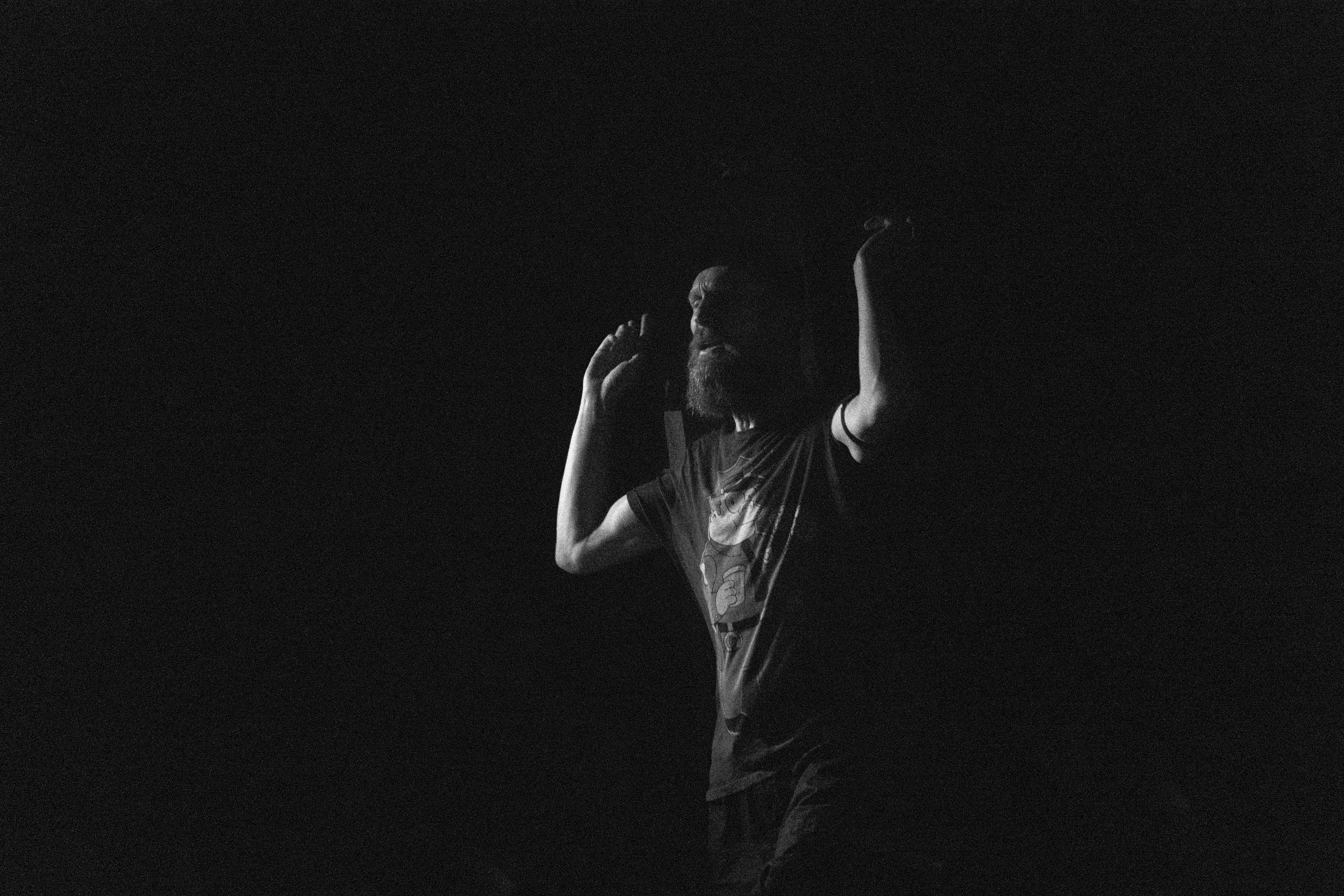 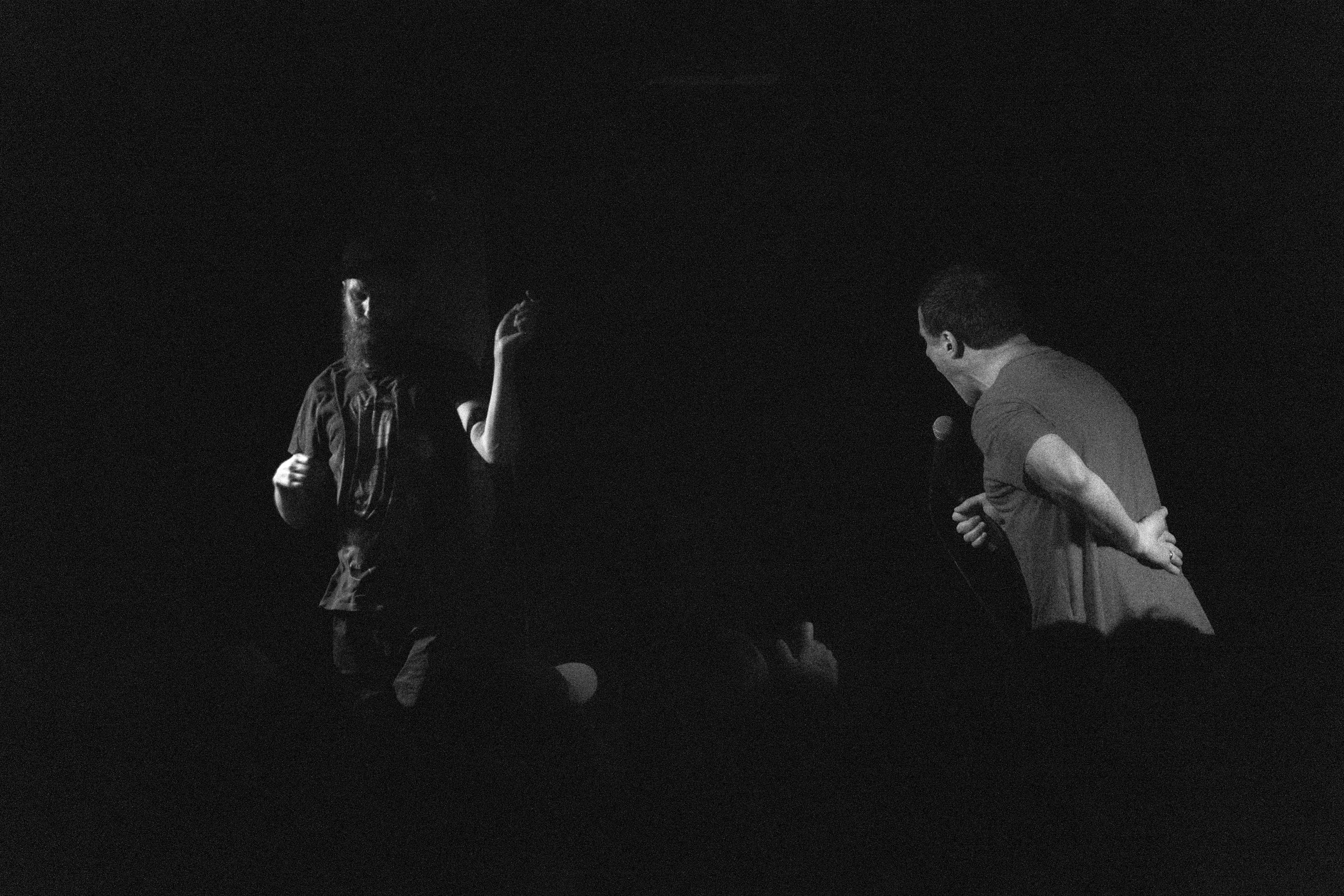