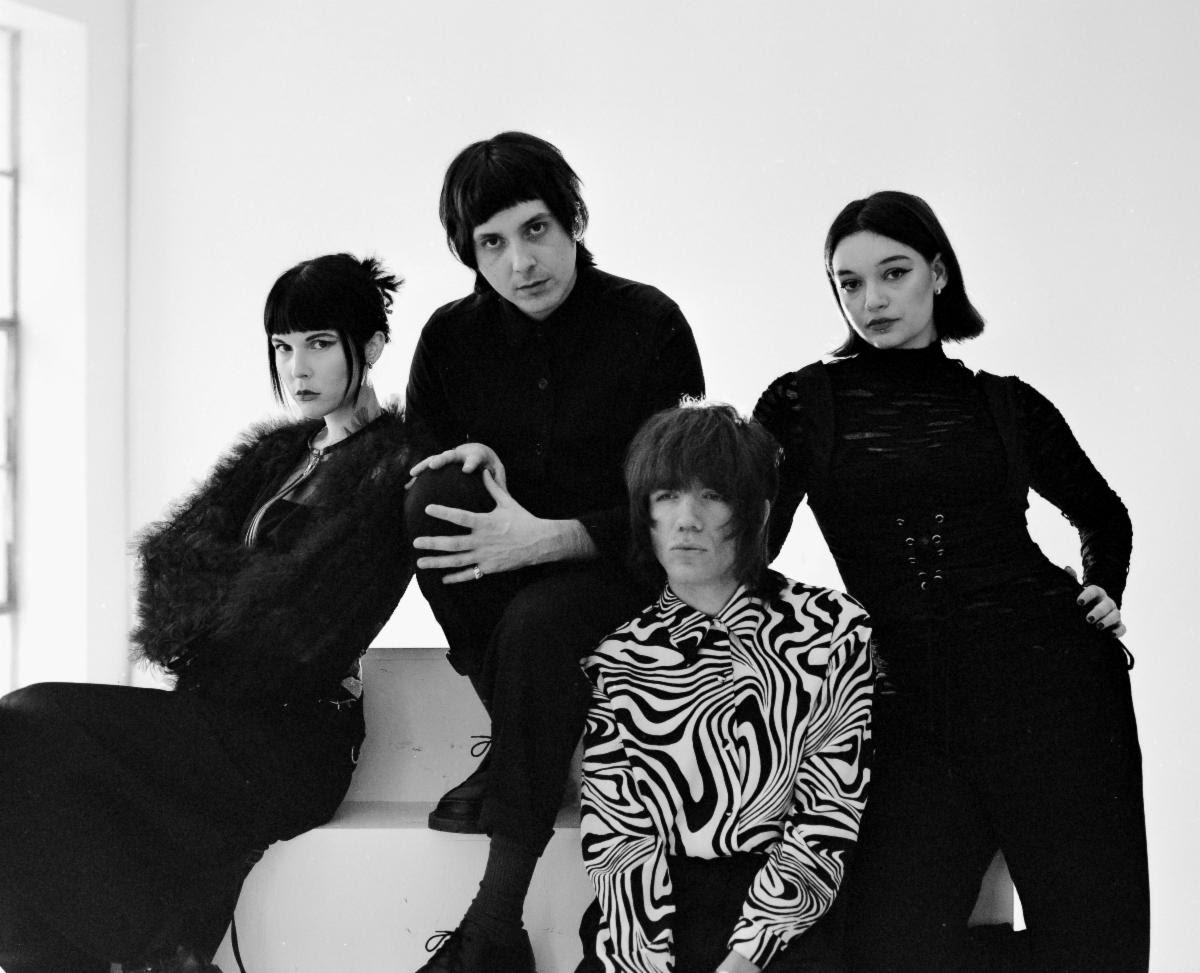 Continuing to ride the triumph of their debut album Boom Nights, Glove returns to the road with A Place To Bury Strangers. The Tampa, Fla. quartet open for A Place to Bury Strangers at Songbyrd Music House in DC on Tuesday, June 7!

Funneling the feeling of a seedy nightclub into a well-polished package, Glove is penning the soundtrack to dystopian rapture. During the pandemic, the band teamed up with early fan Brad Shultz from Cage The Elephant, who went on to produce their debut album.

On the album release, the band said, “Boom Nights is a collection of songs meant to be ambiguous. We believe it’s important for the listener to be able to interpret the songs however resonates with them. Boom Nights could be the best or worst night of your life.”

Watch the official music video for “Modern Toy” by Glove on YouTube:

Formed in Tampa and made up of Rod Wendt, Brie Deux, Michelle Primiani, and Justin Burns, Glove are a fluid unit wherein there is not a singular front person. This aligns with the band’s creative ethos in opposition to being categorized as one fixed configuration, but rather, amorphous, generating intrigue, suspense, and excitement among fans. Glove’s live performances are something like a mosh pit mixed with Studio 54, gracing the stages of Lollapalooza, Shaky Knees, and Levitation and on the road with White Reaper, The Nude Party, and BRONCHO