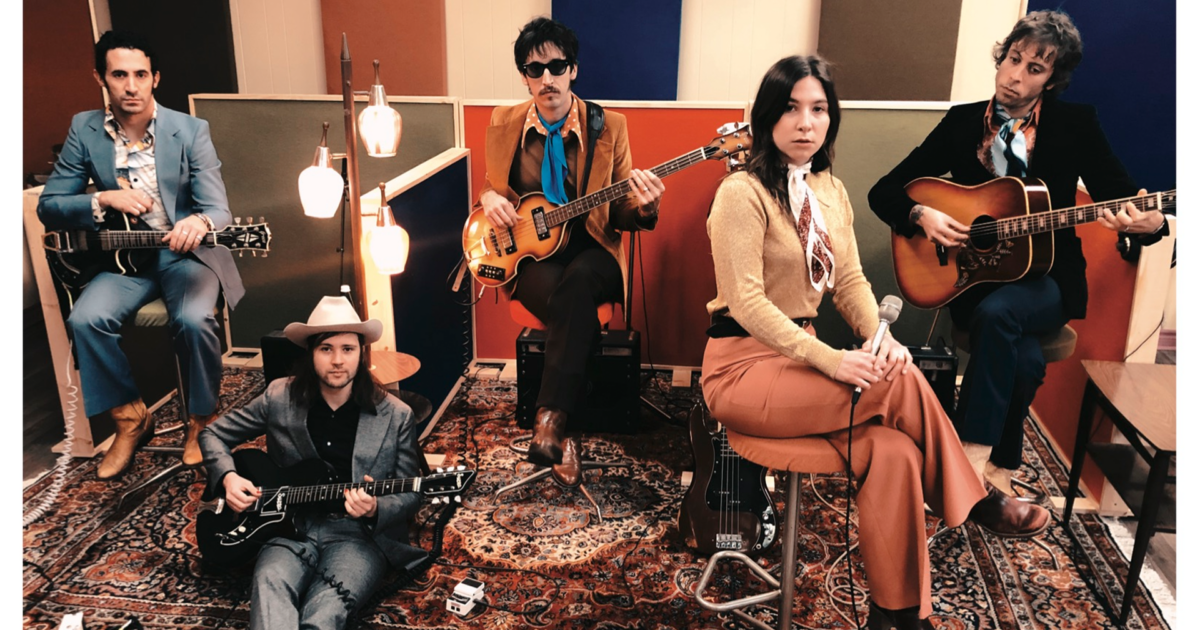 Prolific Canadian singer-songwriter Daniel Romano has one of the most interesting, eclectic careers in the music business. Although he’s not yet even 40 years old, he already tackled more styles and genres than most musicians have over the courses of their career. Between his frequent solo releases and his side projects, getting a complete, accurate picture of his extensive discography can prove difficult. (It took no small amount of time to research his setlist after his recent show at DC9.)

Daniel started off his solo career with a quartet of albums that  put modern a spin on vintage countrypolitan sounds (2010’s Workin’ for the Music Man, 2011’s Sleep Beneath the Willow, 2013’s Come Cry With Me, and 2015’s If I’ve Only One Time Askin’), then experimented with retro-pop (2016’s Mosey). He began to shift toward psychedelia on 2017’s Modern Pressure, a move that was fully consummated on his appropriately titled 2018 LP Finally Free. His most current incarnation, as the leader of a very, very loud rock band — The Daniel Romano Outfit — begins more or less around 2020, with the album Okay Wow.

A native of Welland, Ontaria, Canada, Romano comes from a musical family: His parents were folk musicians. He learned multiple instruments, including guitars, drums, pedal steel, and keyboards as a youth. There’s a local connection between the District and his first band: Daniel and his brother Ian formed Attack in Black after heroes DC hardcore heroes Minor Threat. During this time — the late oughts — he also played drums in City and Colour. Attack in Black disbanded in 2009, at which point Daniel began making solo material.

In his set on June 2, Daniel eschewed those first several albums, with the exception “The One That Got Away (Came Back Today)” and “Strange Faces” from If I’ve Only One Time Askin’. The set opened with the vocalist in his band, Akasha, singing several songs from the the latest album, Cobra Poems — “Anyone’s Arms,” “Toulouse” (which was originally recorded for Mosey), “Tragic Head,” and “Animals Above Our Town,” while Daniel played guitar. On “The Motions” — another track from Cobra Poems — Daniel took over on vocals. Cobra Poems was well represented Thursday night, with “Nocturne Child” and “Blue Heron” also played, the latter in the encore.

“Human Touch,” the next item in the set, was most definitely not the Springsteen song. The set’s only cover was of Julianna Riolino’s “Lone Ranger.” Daniel threw in one track from his side project, the band Ancient Shapes, “Flower That Just Wouldn’t Bloom.,” and one song each from Visions of the Higher Dream (“Where I May Take My Rest”), Kissing the Foe (“Walking Around Holding Hands”), and Finally Free (“All The Reaching Trims”).

In addition to “Toulouse,” Mosey was represented by “Hunger Is A Dream You Die In.” “Roya,” from Modern Pressure, is a celebration of women and the feminine; another cut from that album, “When I Learned Your Name,” was the final song of the encore and sent the audience home.

While Daniel is an incredible lyricist, he’s also a rock ‘n’ roller, and there’s no forgetting that when you see him live. It’s loud, it’s raucous, and it even makes your head hurt more than a little. It’s wild, it’s raw, it’s what music is supposed to be, and it’s definitely a very, very good time.