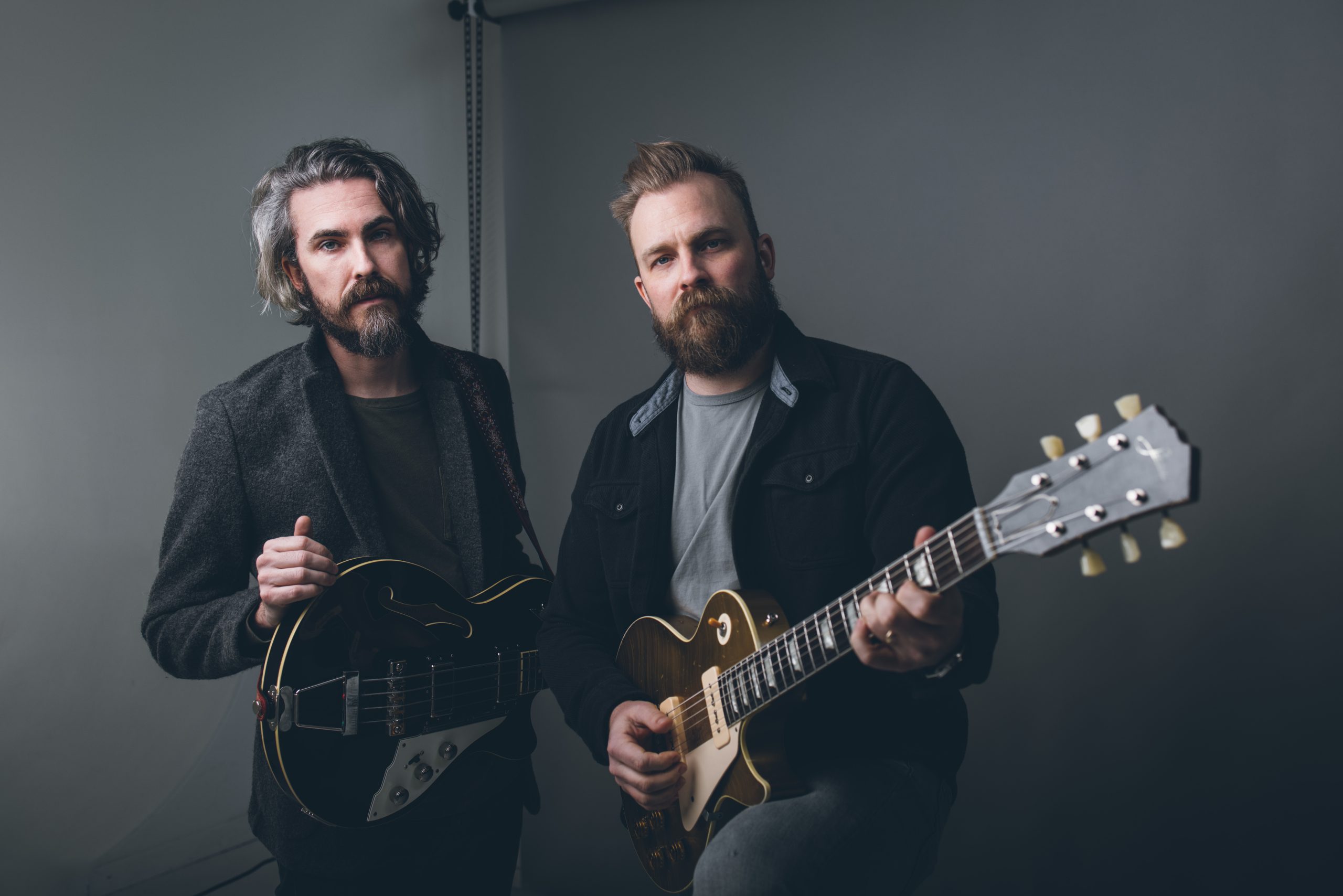 One of my favorite singer-songwriters, Texas legend Ray Wylie Hubbard, likes to say, “The problem with irony is that not everybody gets it.” That’s a damn shame, because irony is all around us. Star Wars posited an invisible Force that surrounds all life and binds it together. Maybe it’s some Ashkenazic connection to Kafka motivating this statement, but I’m partial to the notion that the driving force of the universe might be irony.

One of those ironies surrounds the term “Americana” as a genre of music. You might think, given the word, that it’s specifically to, well, America. But that’s, at the very least, an oversimplification. The Band, who were, with the exception of Arkansas’s Levon Helm, all Canadian, are often considered the founders of Americana. That conversation could also include, reasonably, Bob Dylan, Gram Parsons, and Neil Young, who is also Canadian.

Canada has a thriving Americana scene, and when the roots-rock duo The Bros. Landreth appeared at City Winery in DC recently, we get to see some of that in the states.

Guitarist and principal vocalist Joey and bassist David Landreth have been playing together since they were kids in their father’s band, and have had extensive careers as sidemen, as a duo, and, in Joey’s case, as a solo artist. As he tuned his guitar, Joey mentioned how his father was very strict about guitars being out of tune and he’s rebelling by playing a Les Paul — which is never in tune!

When I saw Bonnie Raitt at Wolf Trap not long ago, she opened her set with a cover of a Bros. Landreth song, “Made Up Mind.” Raitt is known for picking good songs, and this is a good song. Raitt heard them perform at the Winnipeg Folk Festival, and she decided to record it on her latest album.

The show at City Winery on June 15 was a bit of a special occasion: Joey’s birthday. His brother had the audience sing “Happy Birthday” to him before they launched into the set with “Runaway Train,” a cut from their first album, Let It Lie. After that they, they turned to material from their new album, Come Morning, which was released last month, playing “Stay” and “Drive All Night.”

Watch the official music video for “Drive All Night” by The Bros. Landreth on YouTube:

Before playing “You Don’t Know Me,” Joey asked, “Where my nerds at?” and there were definitely a few responses. “Thanks for coming out,” he said. After “Is It Me?”, Dave and the drummer left the stage, leaving Joey to perform solo. He talked about how songwriting is hard for him, but the song “Come Morning” was easy. When he wrote it, he was “dealing with feelings I hadn’t fully explained.” His daughter was born in March 2021, and “all of the ideas I had about being a dad and raising a kid weren’t going to work.” Before playing, he finished by saying, “If I wanted her to be safe in her grief, then I have to be safe in mine, too.”

When the rest of the band came back, their opening act, Mariel Buckley joined them for a cover of Vince Gill’s “When I Call Your Name.” The back half of the set consisted of “Don’t Feel Like Crying,” “Where Did I Go Wrong,” “Got To Be You,” “What In The World,” “I Am The Fool,” and “Shame,” which was written and is sung by Dave. Before finishing the set with “Our Love,” they fondly recalled their first time in DC, when they played the basement of the Sixth & I synagogue.

For their encore, they played one of Joey’s solo songs, “I Can’t Win,” and a cover of Little Feat’s “Two Trains.”

Before the Landreths took the stage, Mariel Buckley performed a set. She’s more a country-folk style; she played acoustic guitar and was accompanied by pedal steel. Her next record is coming out on the Bros. Landreth’s label, and several of her songs were from that forthcoming album. She started with “Neon Blue.” “No Surprise,” she explained, is “about when someone terrible does not surprise you and continues to be terrible.” “Driving in the Dark” is “about drinking” Mariel’s set included a cover of the late John Prine’s “Clay Pigeons,” which she said she felt qualified to cover after taking a long Greyhound bus ride. She closed her set with her next single, “Driving Around,” which is “about doing it in the car.” The single is out July 6.

The Bros. Landreth are among the strongest songwriters working today, and they they deserve your attention, much as they warranted Bonnie Raitt’s attention.