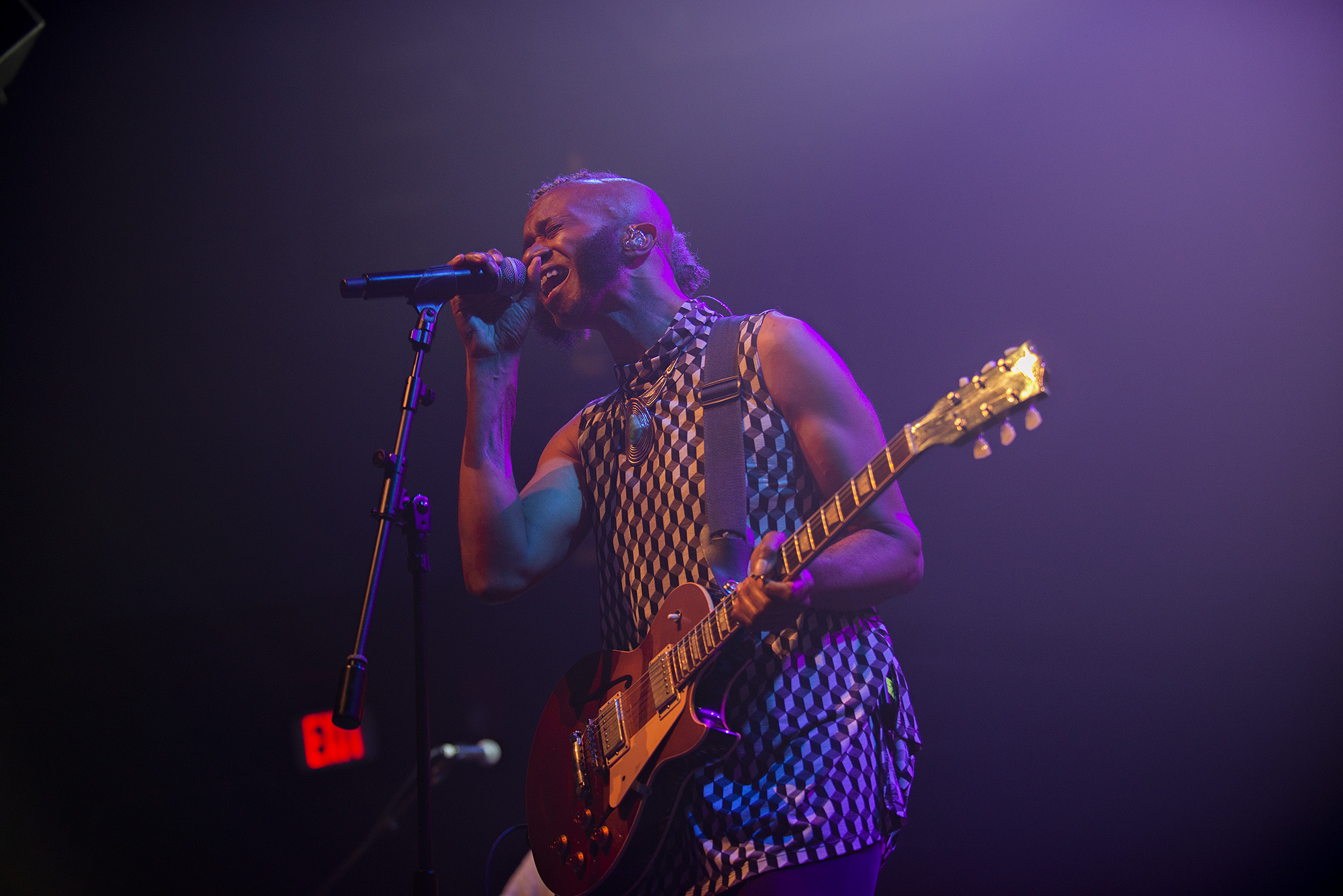 Fantastic Negrito’s latest album, White Jesus, Black Problems, is deeply personal. It delves into family history, into the story of his seventh-generation great-grandparents, an enslaved Black man and indentured Scottish servant woman, who came together in Virginia in 1759. That’s not to say his other albums aren’t personal as well: The Last Days of Oakland is very much about the city where he was raised as one of 14 children. But the focus in his recent performance at the 9:30 Club was on telling the story of that interracial union.

“I wasn’t who I thought I was,” Fantastic Negrito explained. “But I’m exactly who I need to be.”

Though he’s won two Grammy Awarms for Best Blues Album (in 2018 for Please Don’t Be Dead and in 2020 for Have You Lost Mind Your Yet?), success didn’t come easily or quickly to Fantastic Negrito, born Xavier Amin Dphrepaulezz. His career as Fantastic Negrito is a second act; he was making music in the mid-’90s, but it didn’t really take off, and a car accident in 2000 severely damaged his hands.

Even before that, his life had not been an easy one. The son of a Somali-Caribbean immigrant father and a woman from the American South, he grew up in an orthodox Muslim household; he was thrown out by his father when he was 12.

Negrito’s fortunes began to change when his “Lost In A Crowd” was selected as the winner of NPR’s Tiny Desk Concert contest in 2015. He told the audience he didn’t think there was any chance they were going to pick him, because “I’m weird.” He added, “I didn’t give a fuck, that’s where we are most powerful.”

He certainly is weird, and he likes to push people’s buttons. “We live in the age of fear,” he declared, encouraging everyone to repeat a bit of language they were less than enthusiastic about using around unfamiliar company. As weird as Fantastic Negrito is, there’s a well of deep, sincere, heartfelt emotion in his music and what he’s saying. When he talks about losing his 14-year-old brother to gun violence — introducing “You Better Have A Gun” — the pain is palpable.

At 9:30 Club on June 22, the set began with “In My Head,” followed by “Oh Betty.” Between songs, Negrito said that, if he could talk to his 7th-generation great-grandmother, “I’d say, ‘Grandma, have you lost your motherfuckin’ mind?” Appropriately enough, this led the bad into “Have You Last Your Mind.”  The set featured a couple of covers. Negrito’s versions of Bill Withers’s “Ain’t No Sunshine” and the traditional “In The Pines” were made all his own.

“Man With No Name,” he explained, was about how a census recorded his ancestor as a black man without any particular name. “Virginia Soil” and “Highest Bidder” dealt directly, honestly, and passionately with the realities of slavery in the American South. “See if you can figure out,” he said about “Nibbadip.”

Watch the official music video for “Nibbadip” by Fantastic Negrito on YouTube:

Other songs included “Bullshit Anthem,” “Trudoo,” and “Honest Man.” The main set ended with “They Go Low.” When he came back with his band for the encore, he talked about the movie he made during the pandemic before playing “The Duffler.”

Mike Montali, the lead singer for the New York City band Hollis Brown (named for the Bob Dylan sing), opened the evening with an acoustic set. He began with “Wait for Me Virginia.” Before a cover of Jesse Malin’s “She Don’t Love Me Now,” he told the audience he grew up in Queens, and he would come down this venue to catch shows. Several years ago, his band spent the better of a year touring as the opening act for the Counting Crows. Their frontman, Adam Duritz, told him they were picked specifically because he liked the song “Faith & Love,” so he’d “better play it.”

Most recently, Hollis Brown created an album dedicated to covers of the Rolling Stones; Mike’s set included “No Expectations.” After “Run Right To You,” he talked about how they made their first album in Nashville.

Watch the official music video for “Run Right To You” by Hollis Brown on YouTube:

Mike explained his parents were Italian immigrants, and his mother passed away when he was young, leading to a close relationship with his father. When his dad retired, he couldn’t afford to live in the city anymore, so he moved to South Carolina. (This is not uncommon; before my parents’ divorce, their neighbors in Bradenton, Florida, were a retired couple from New York City who had moved for the exact same reason.) Mike closed his set with “Nightfall.”

Here are some photos of Fantastic Negrito and his band performing at 9:30 Club on June 22, 2022. All pictures copyright and courtesy of Rashad Polk. 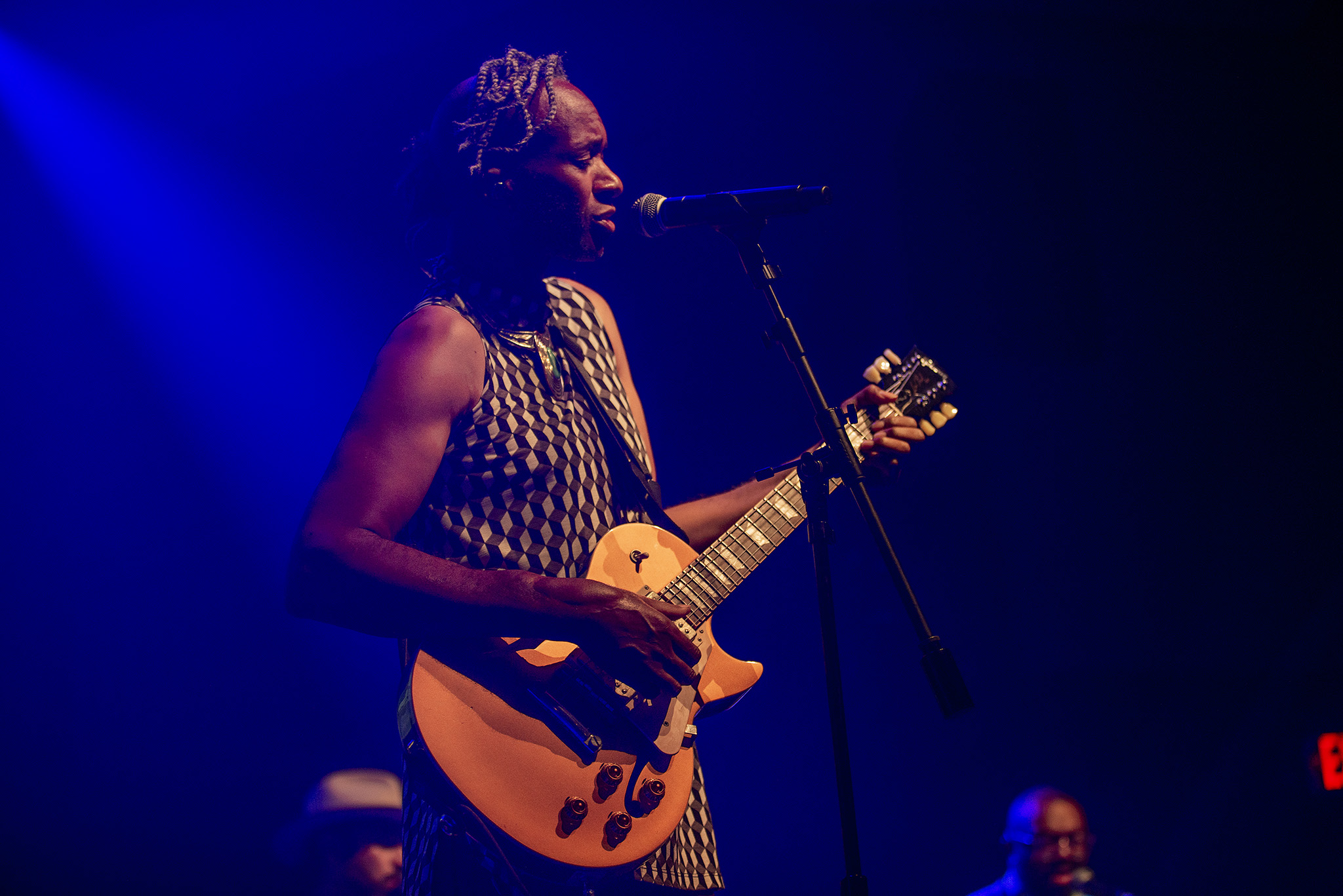 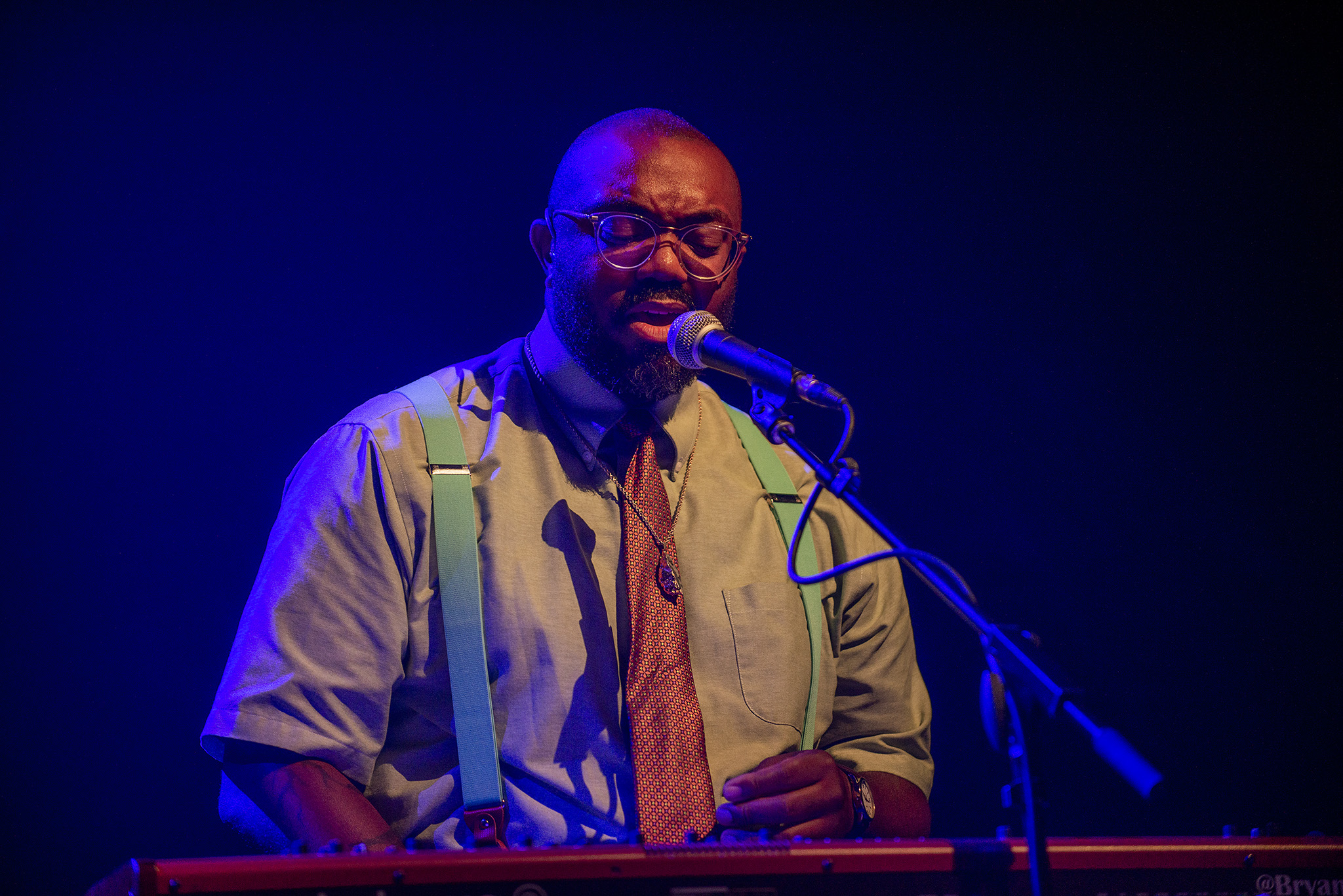 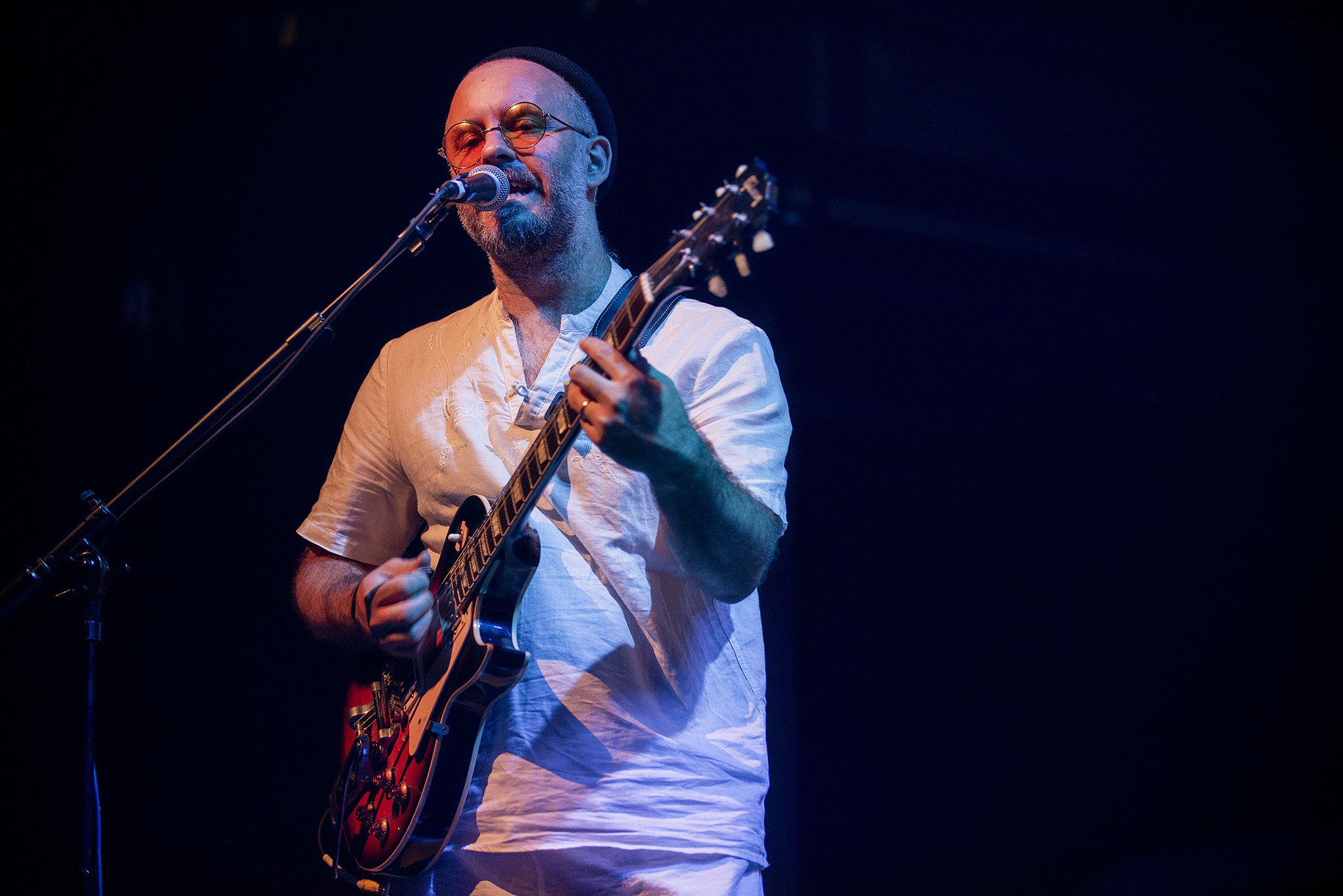 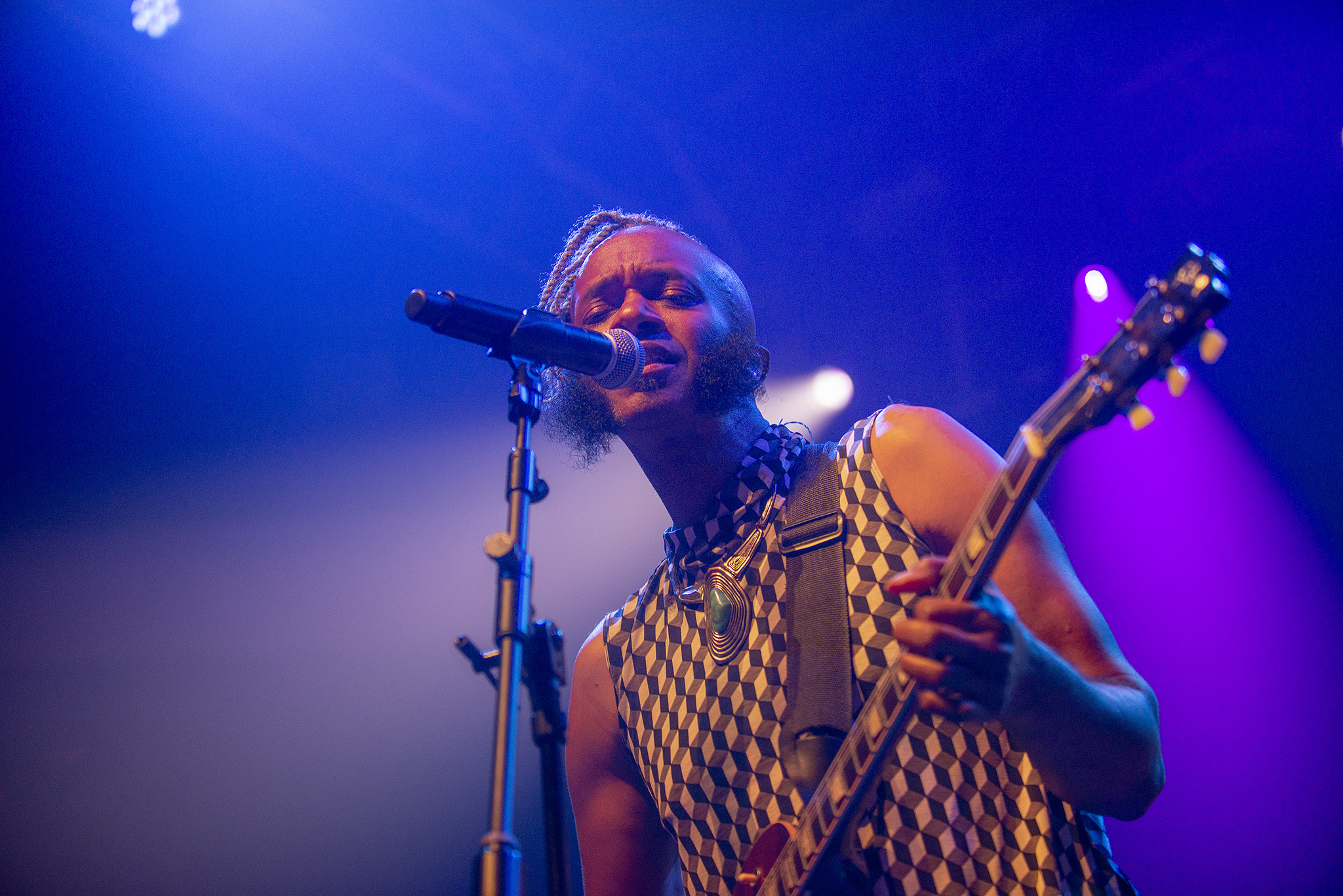 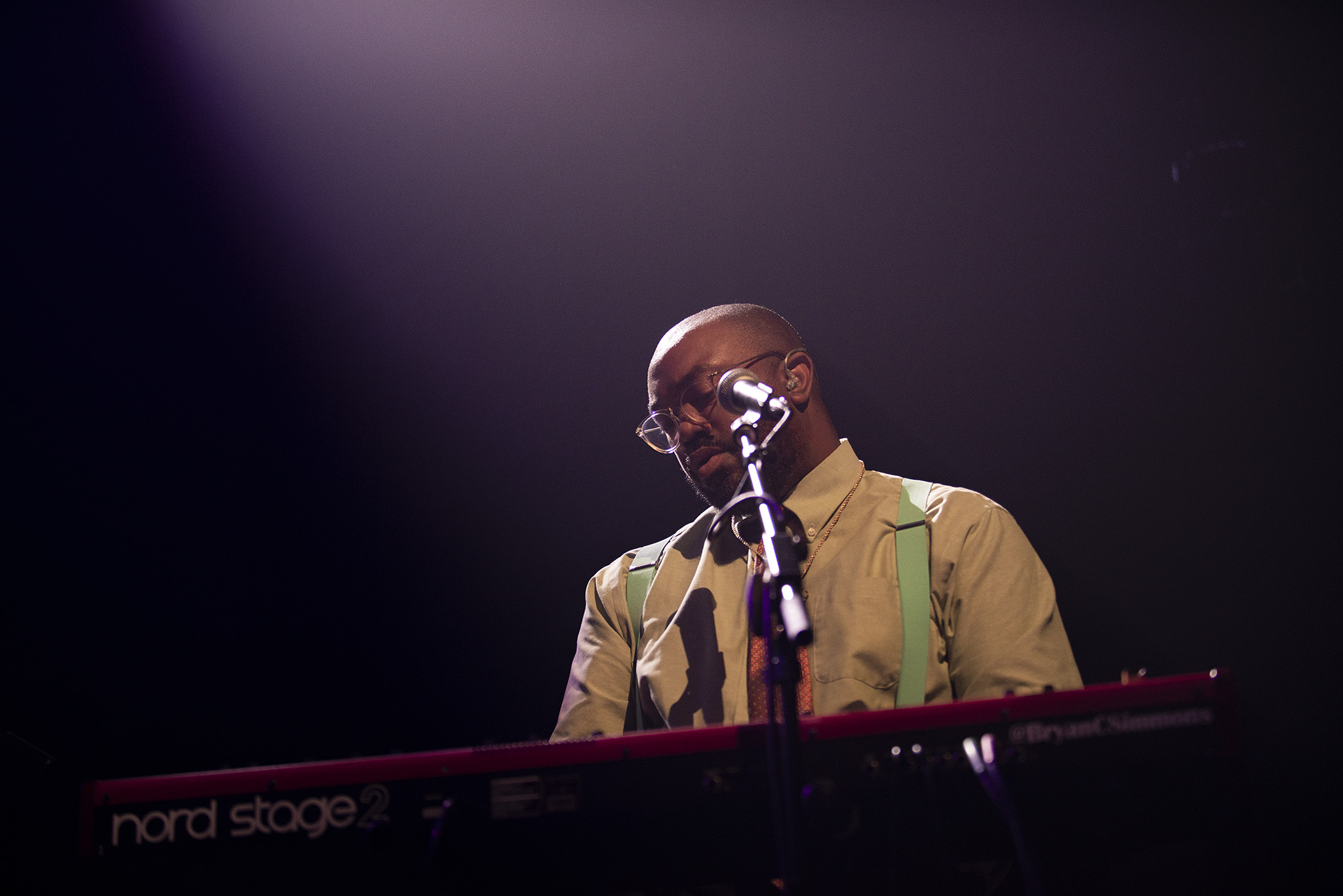 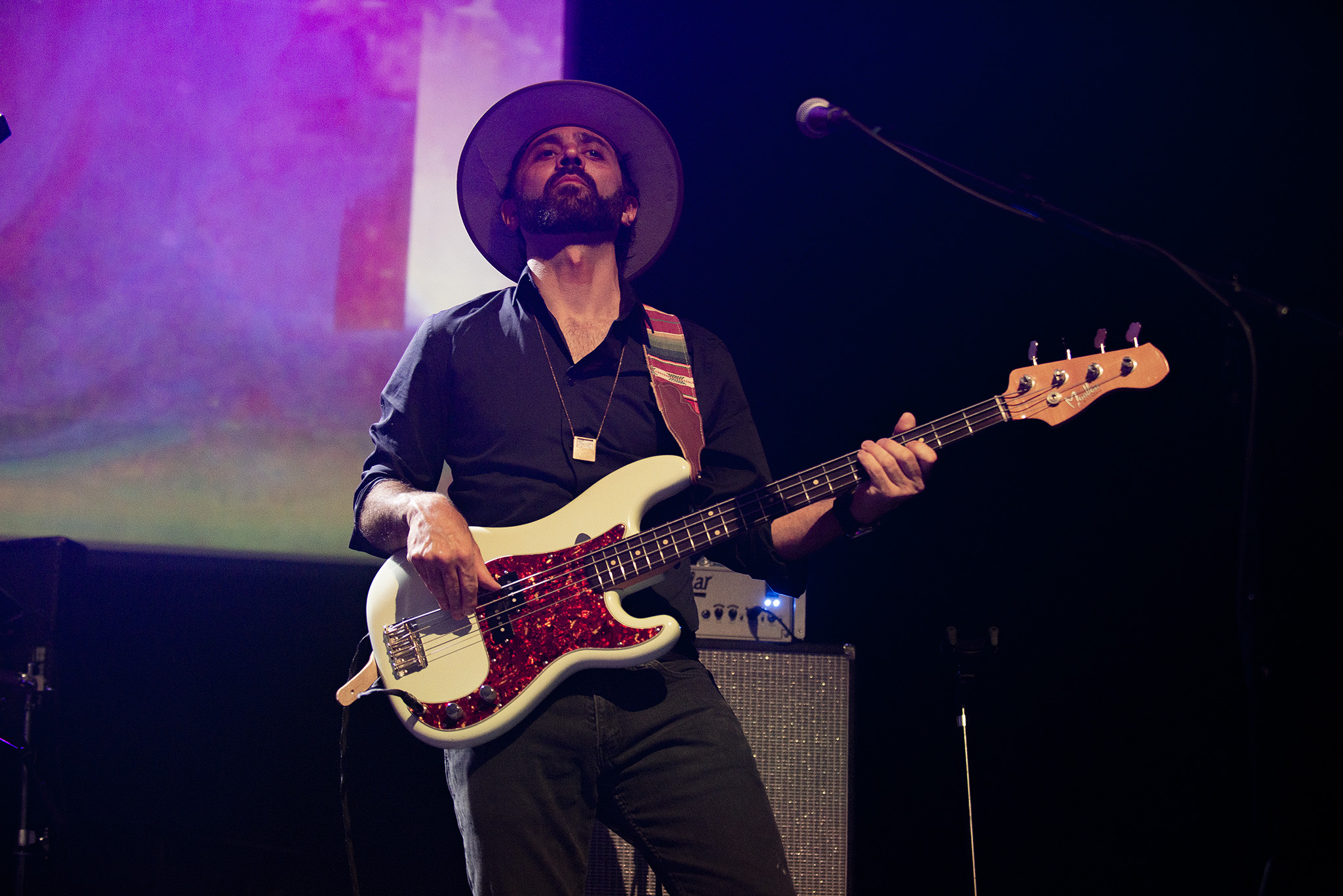 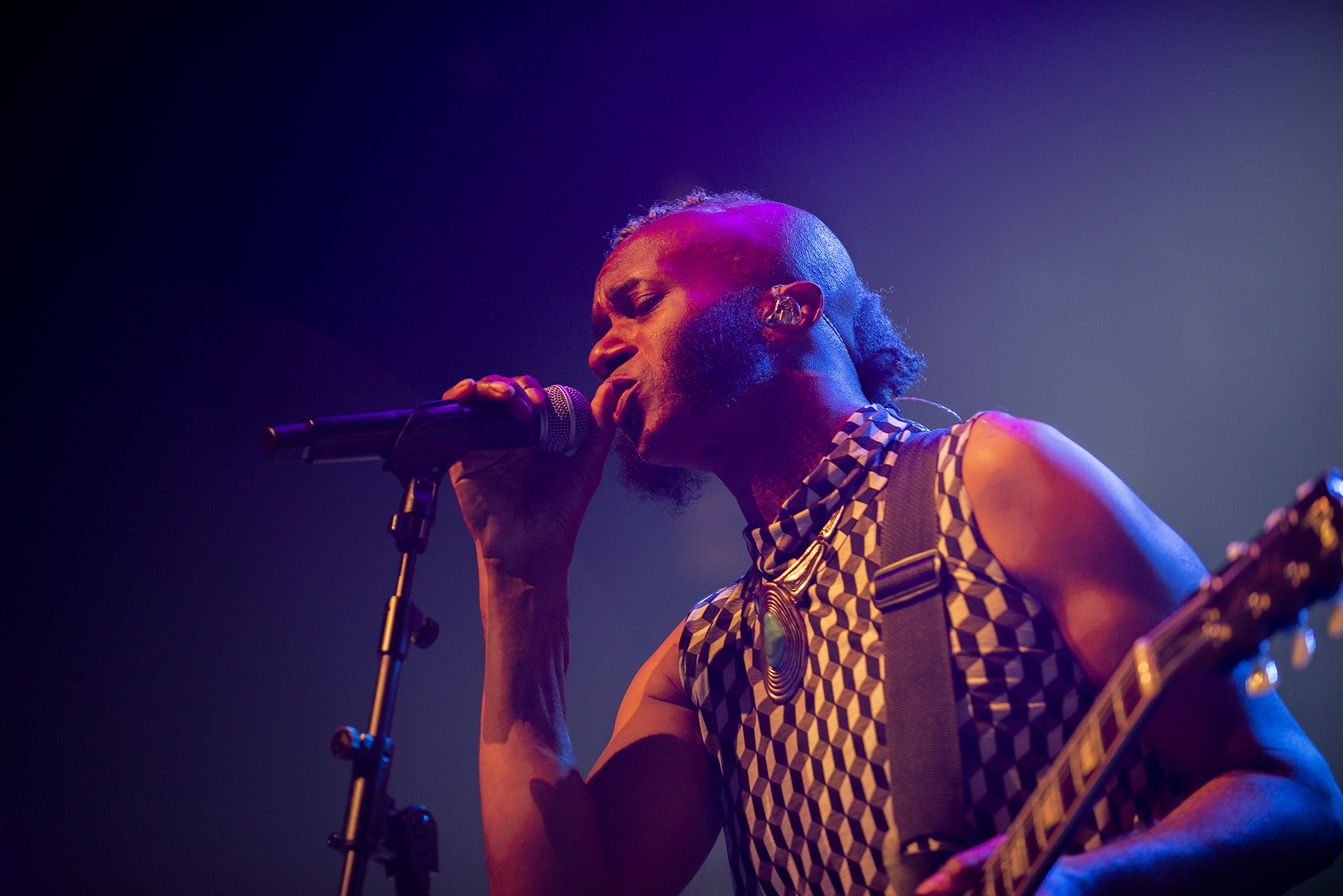 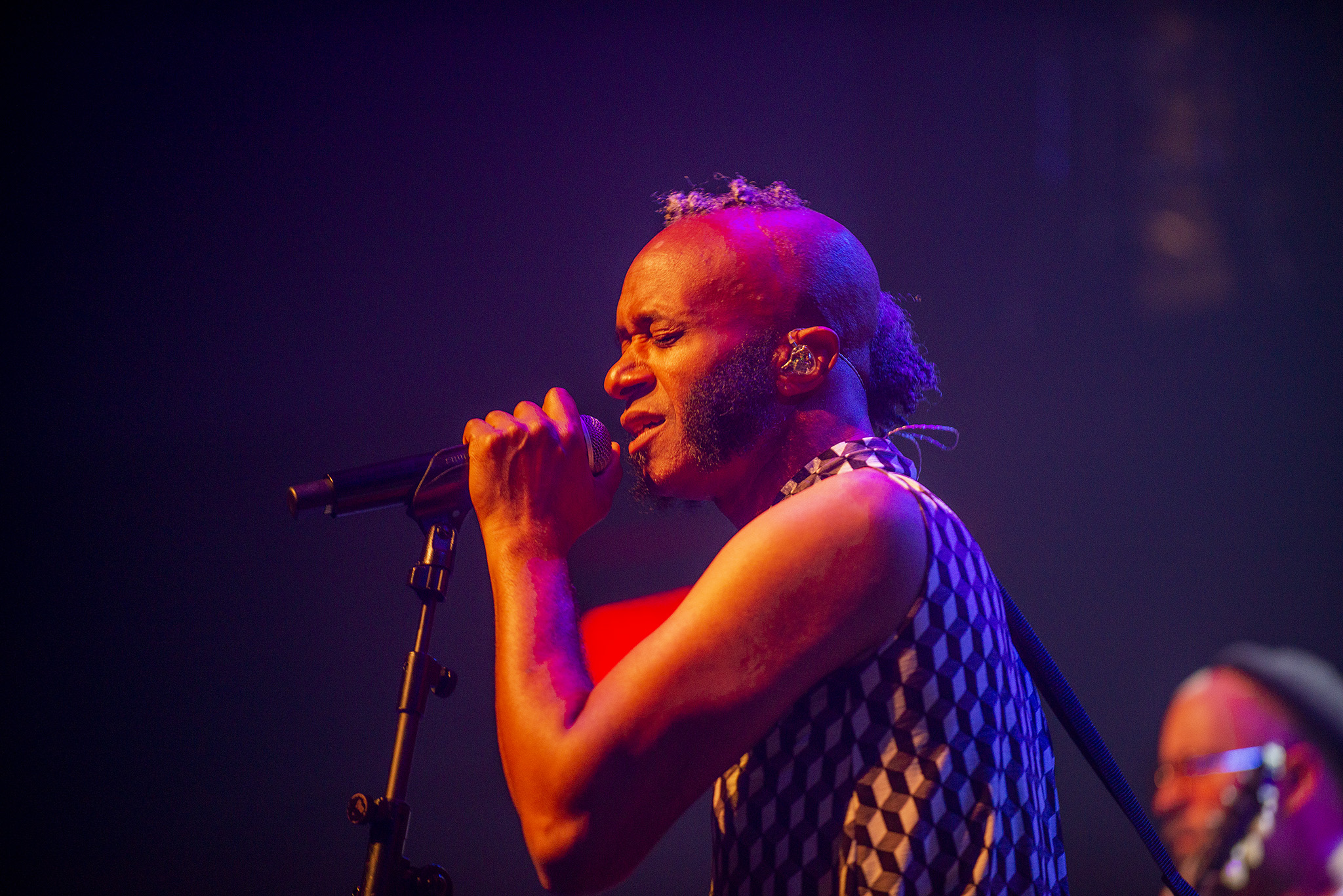 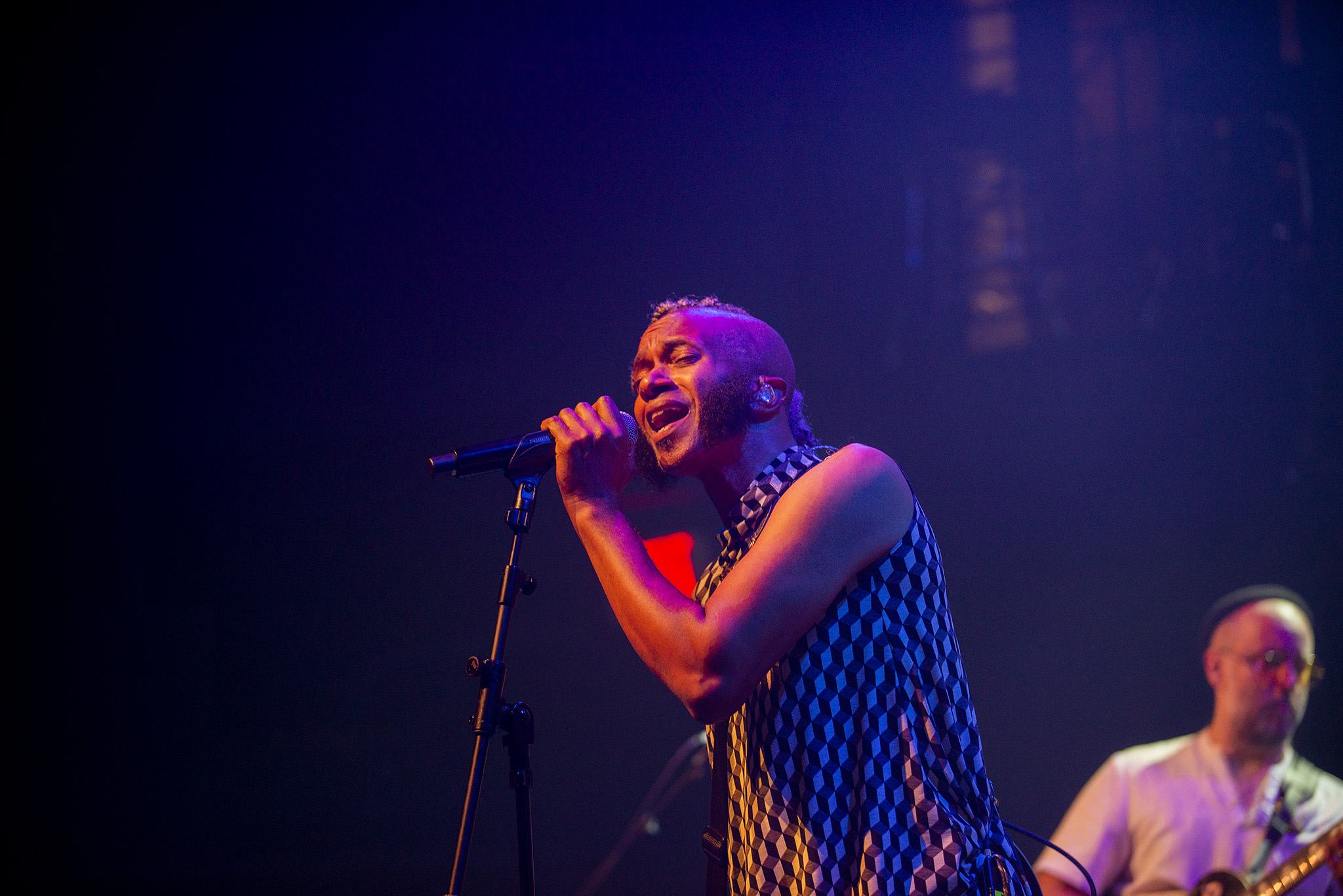 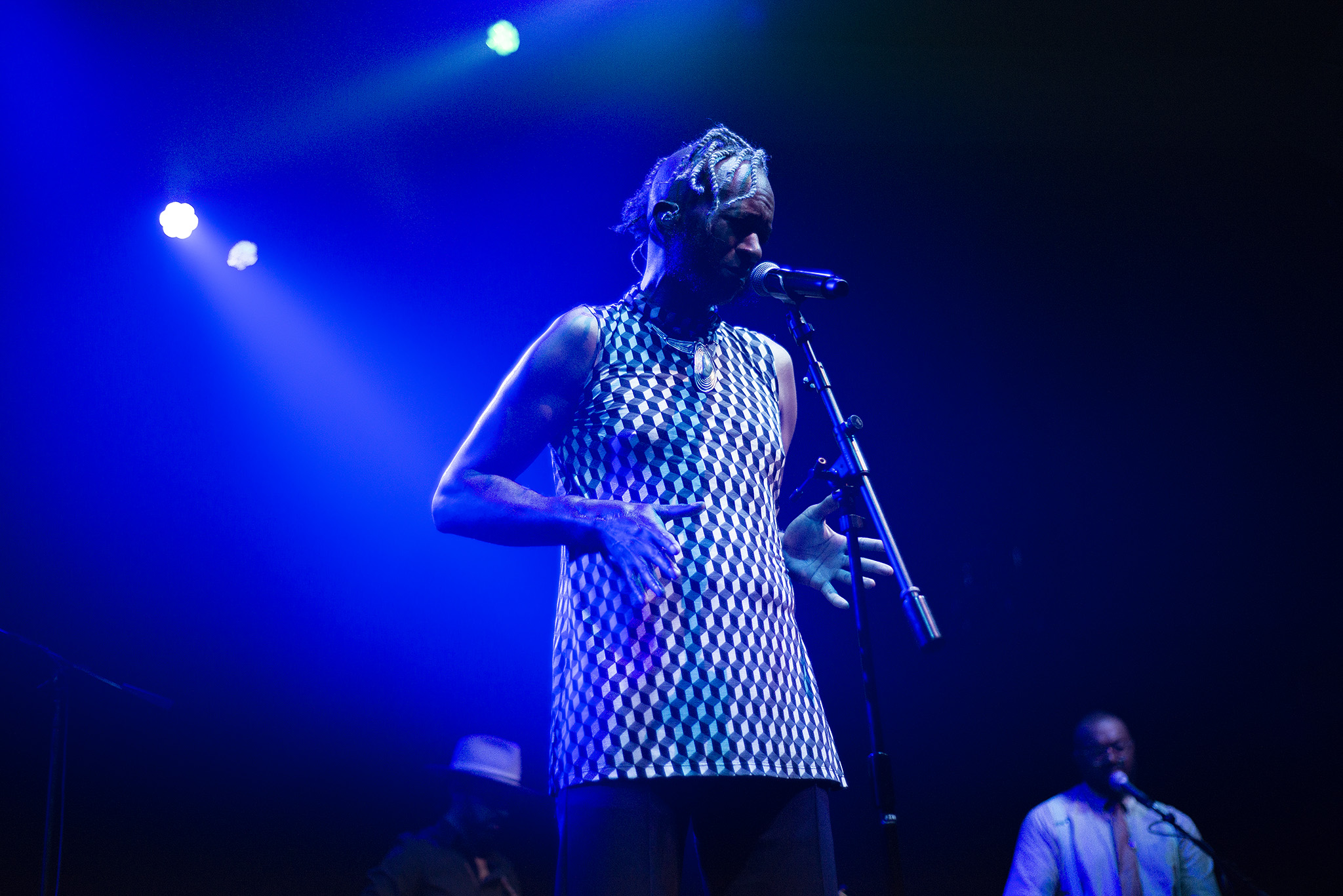 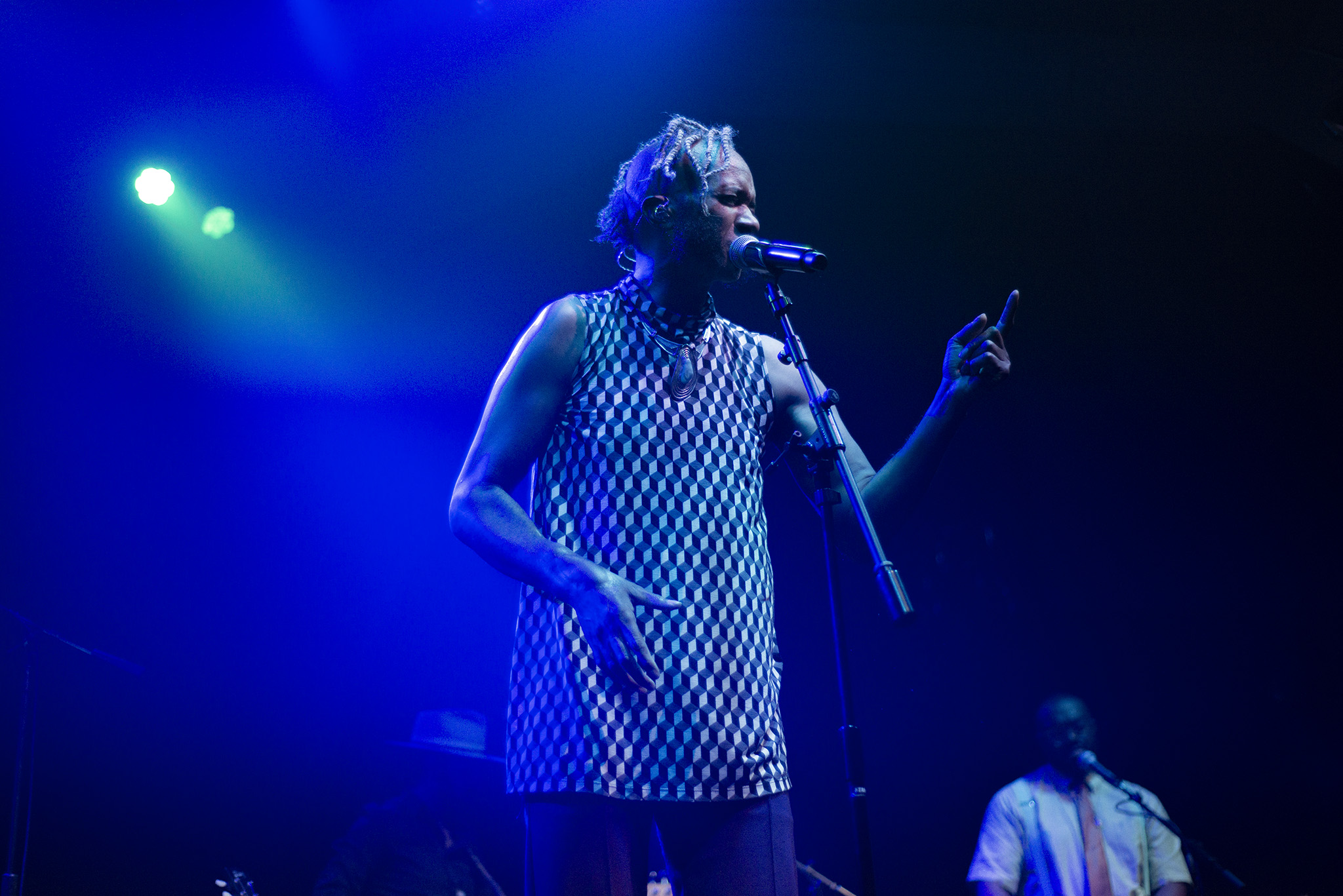 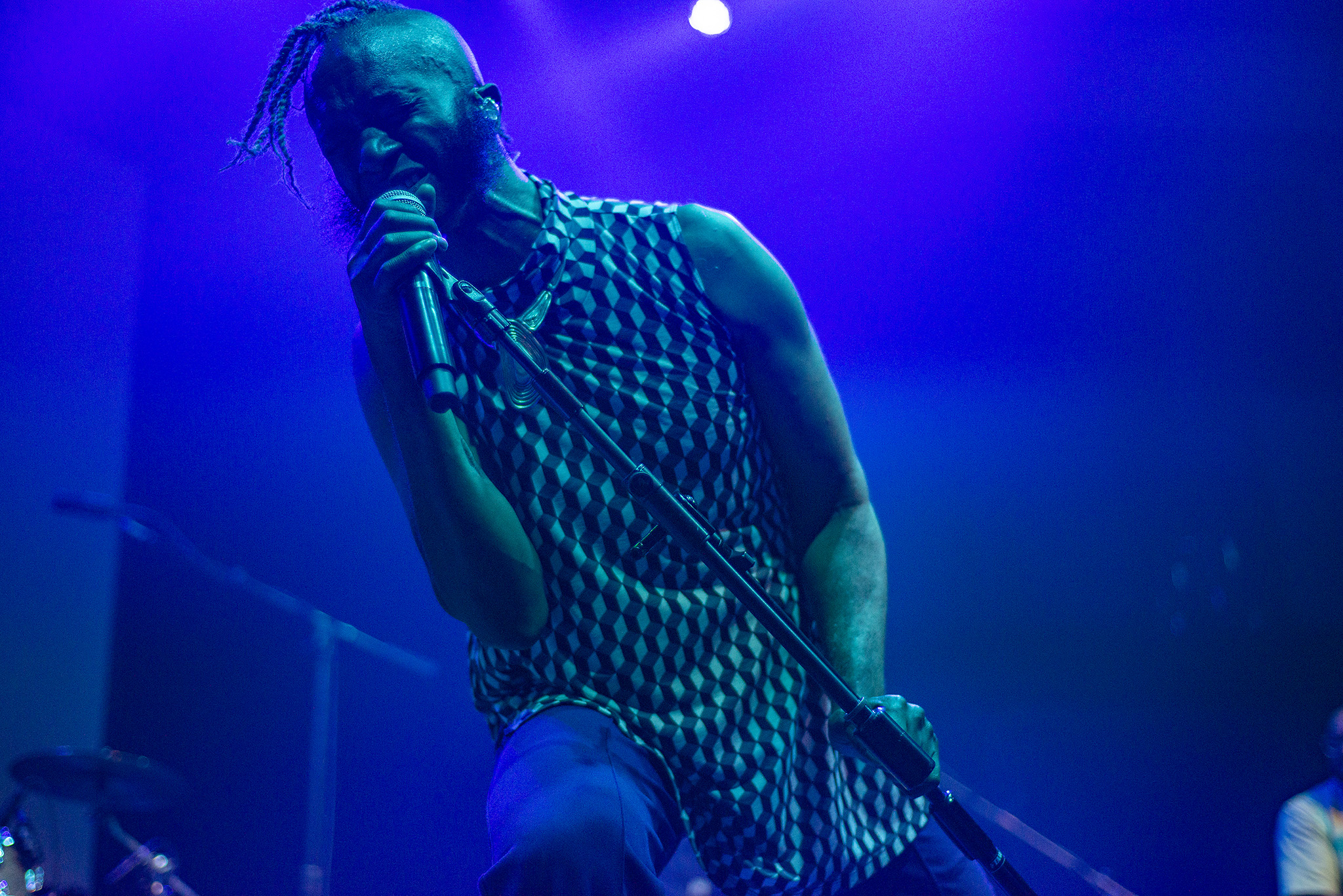 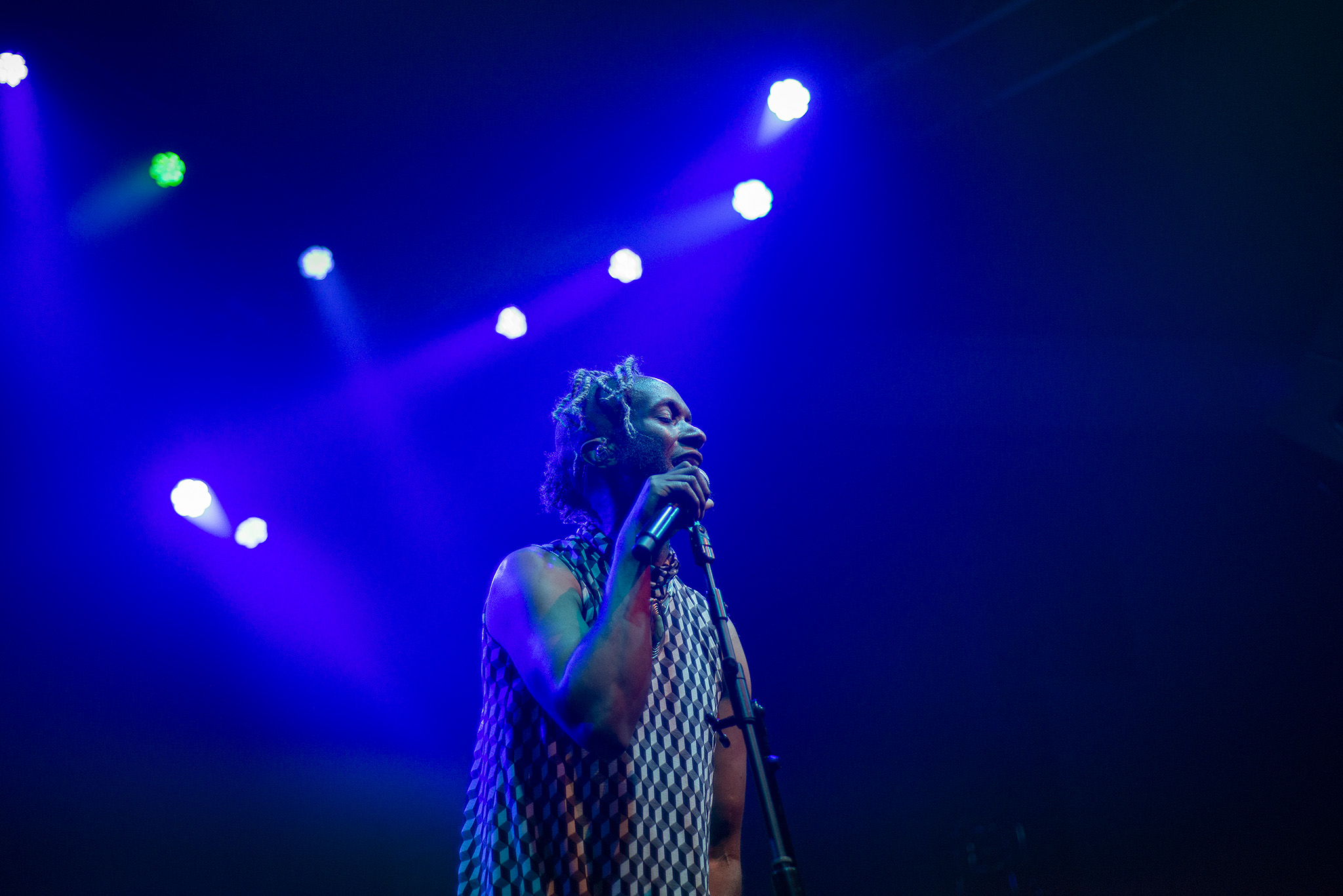 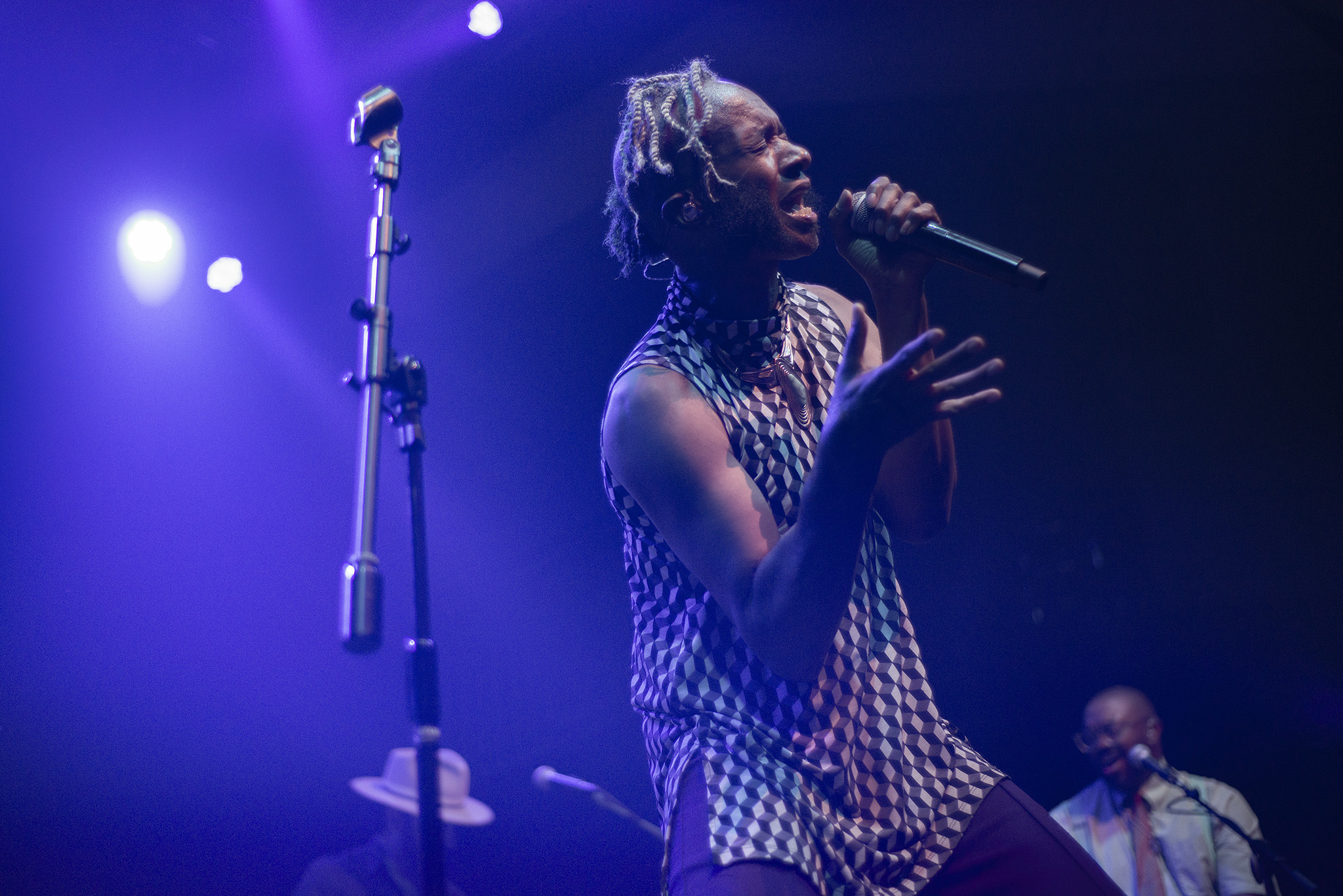 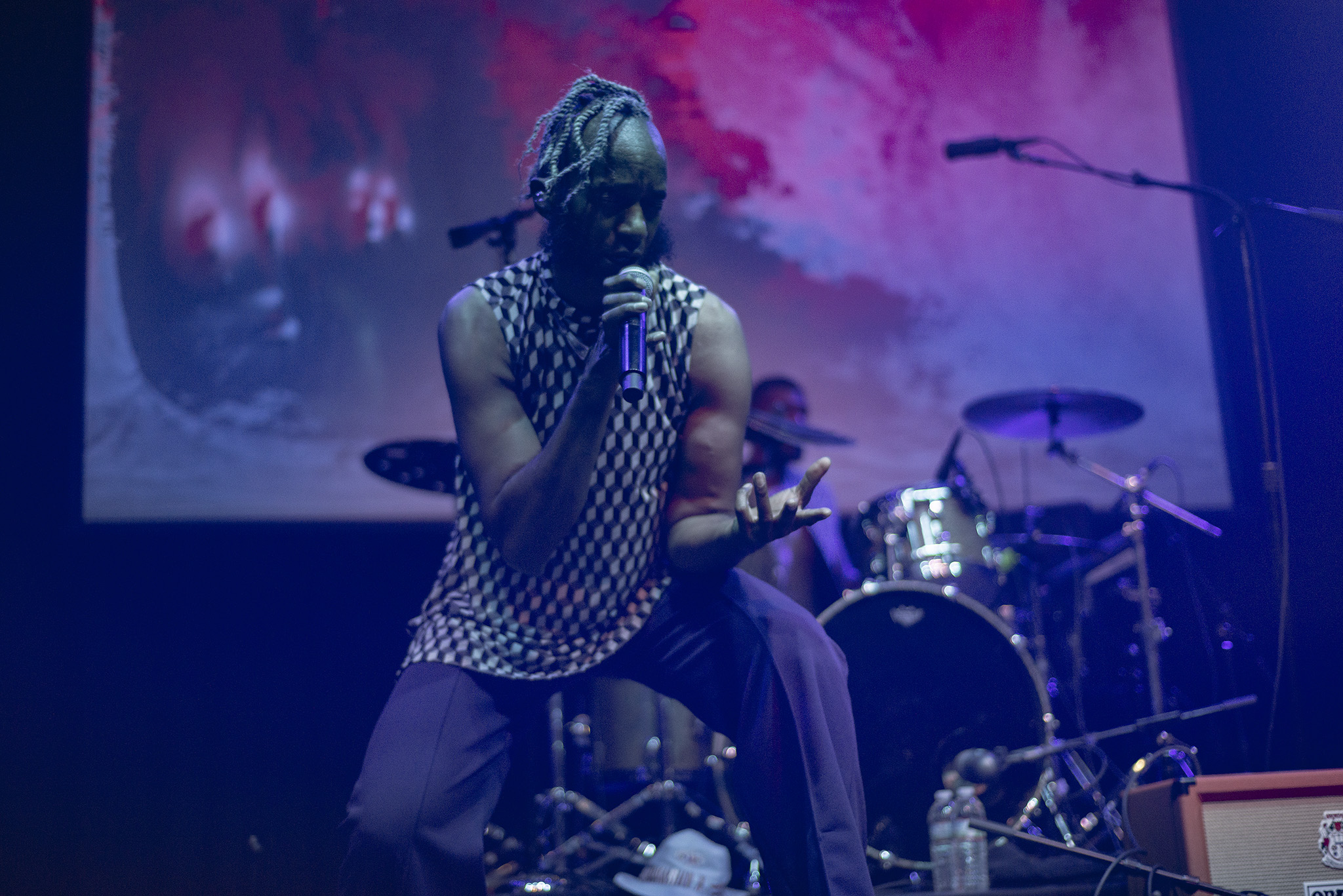 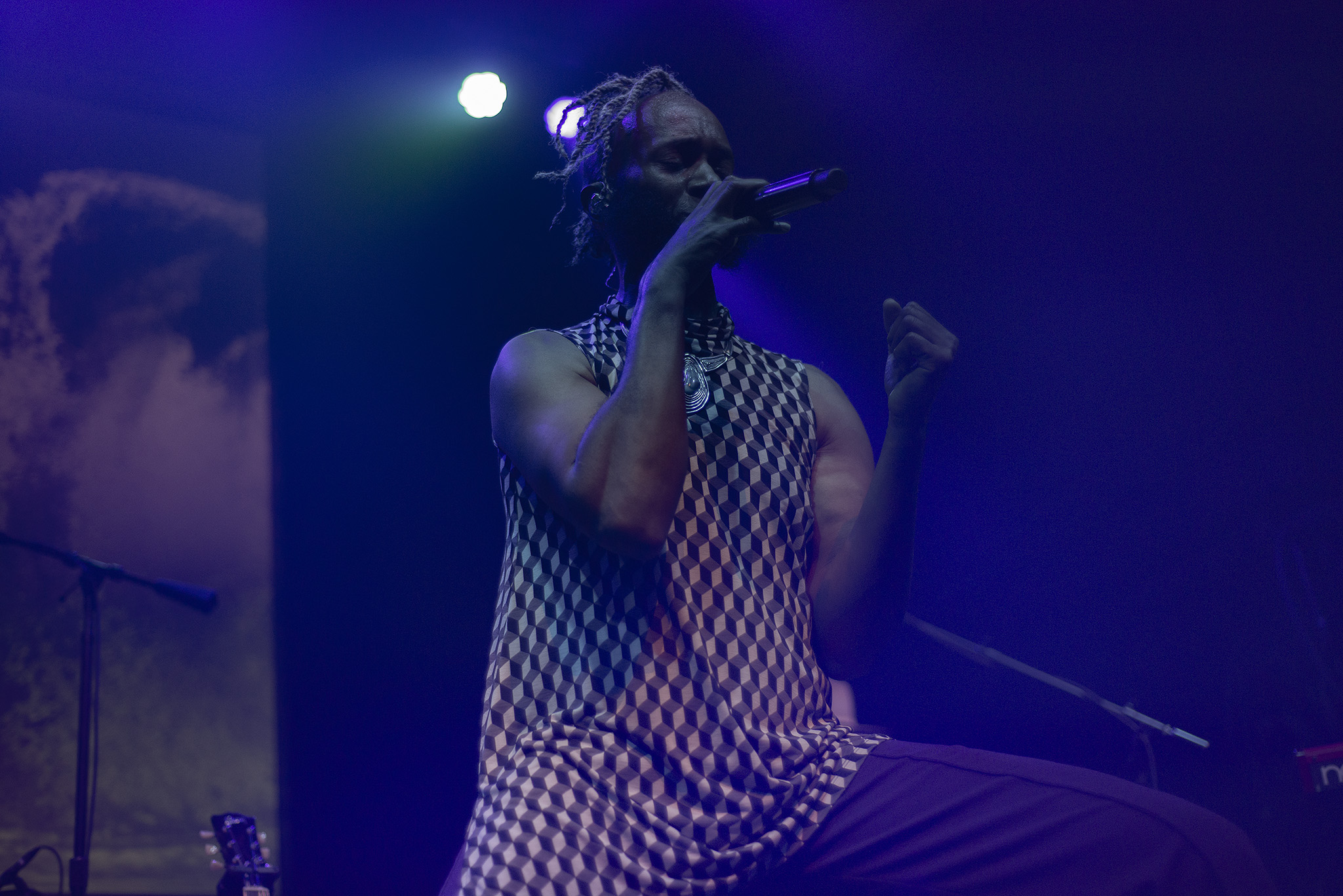 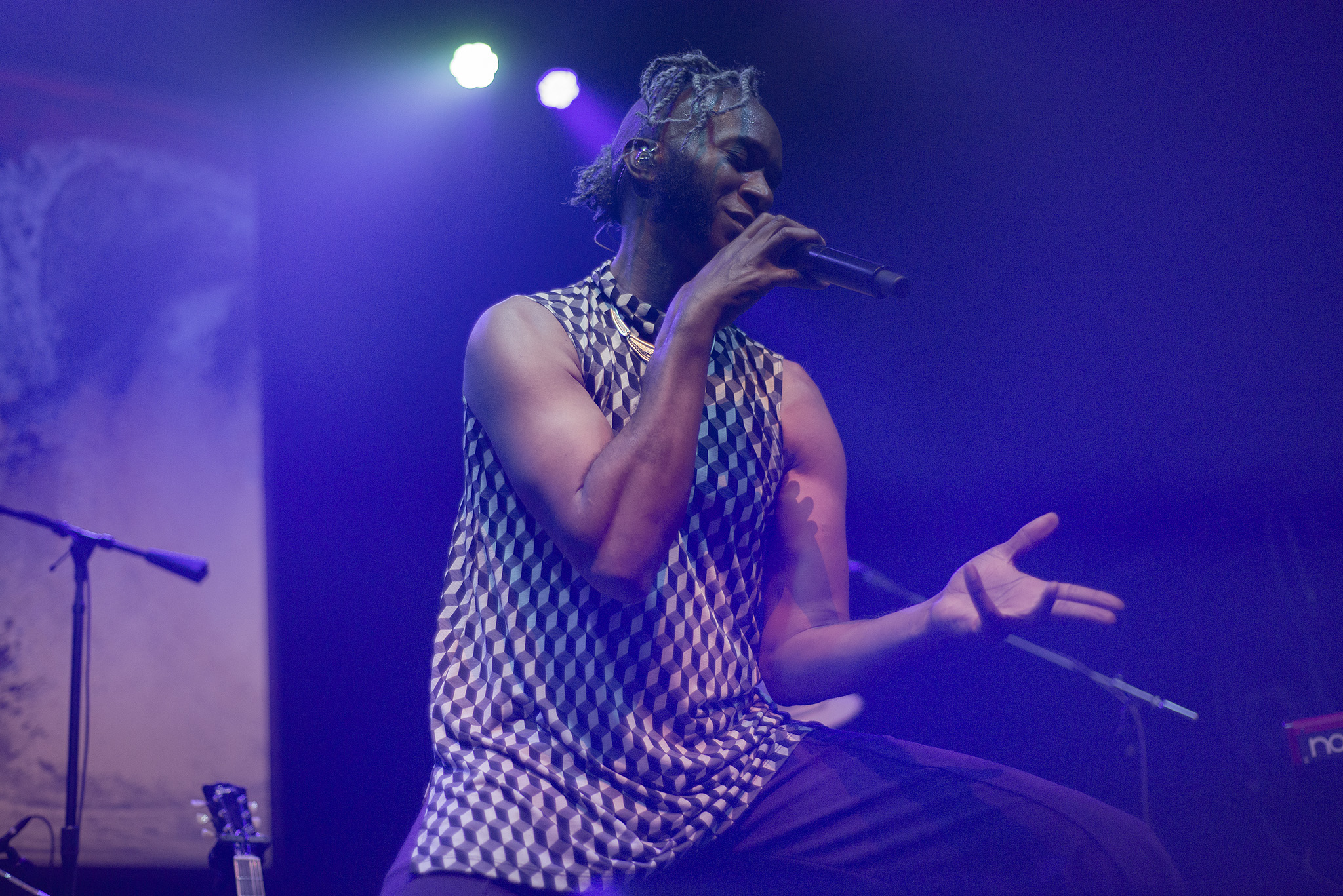 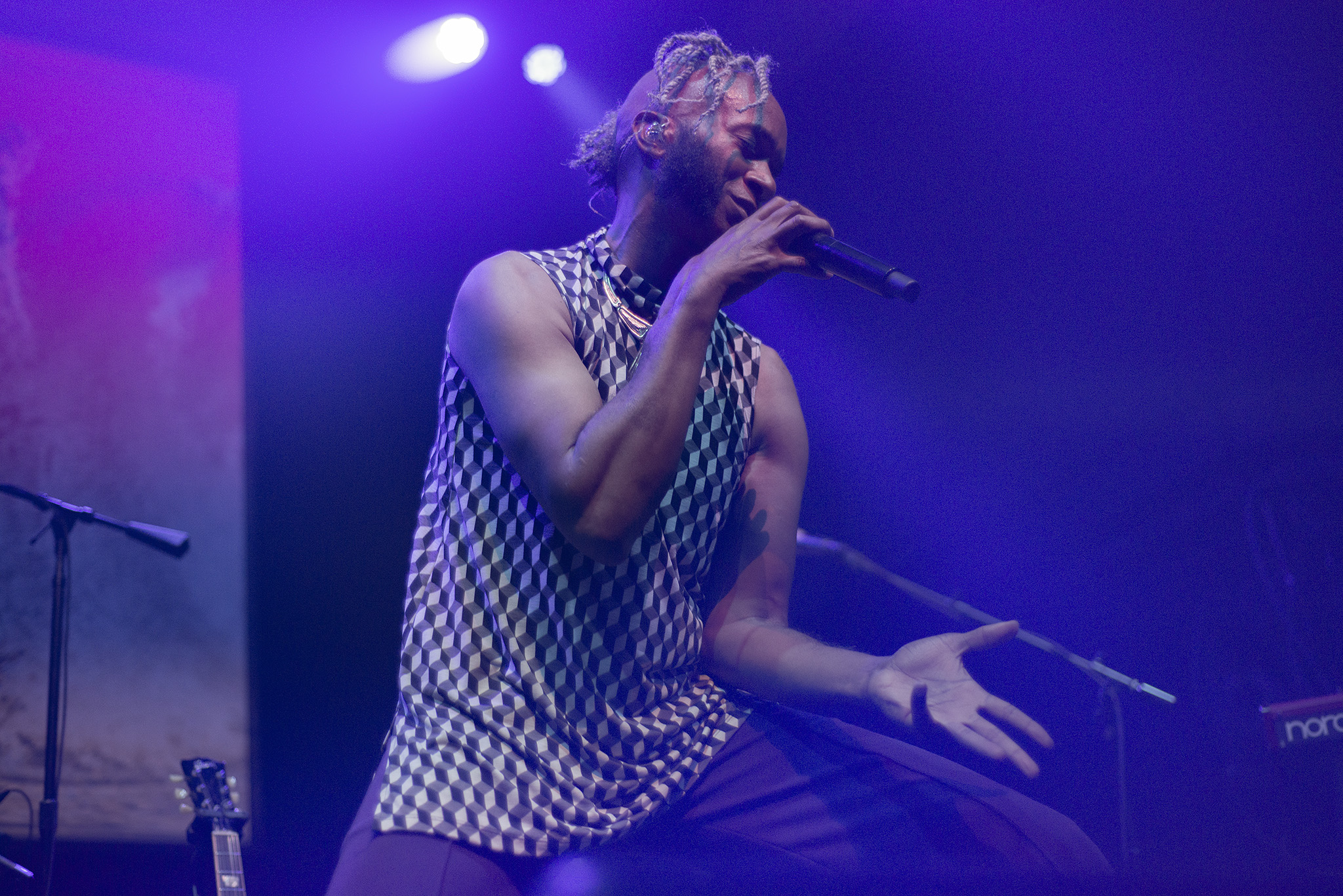 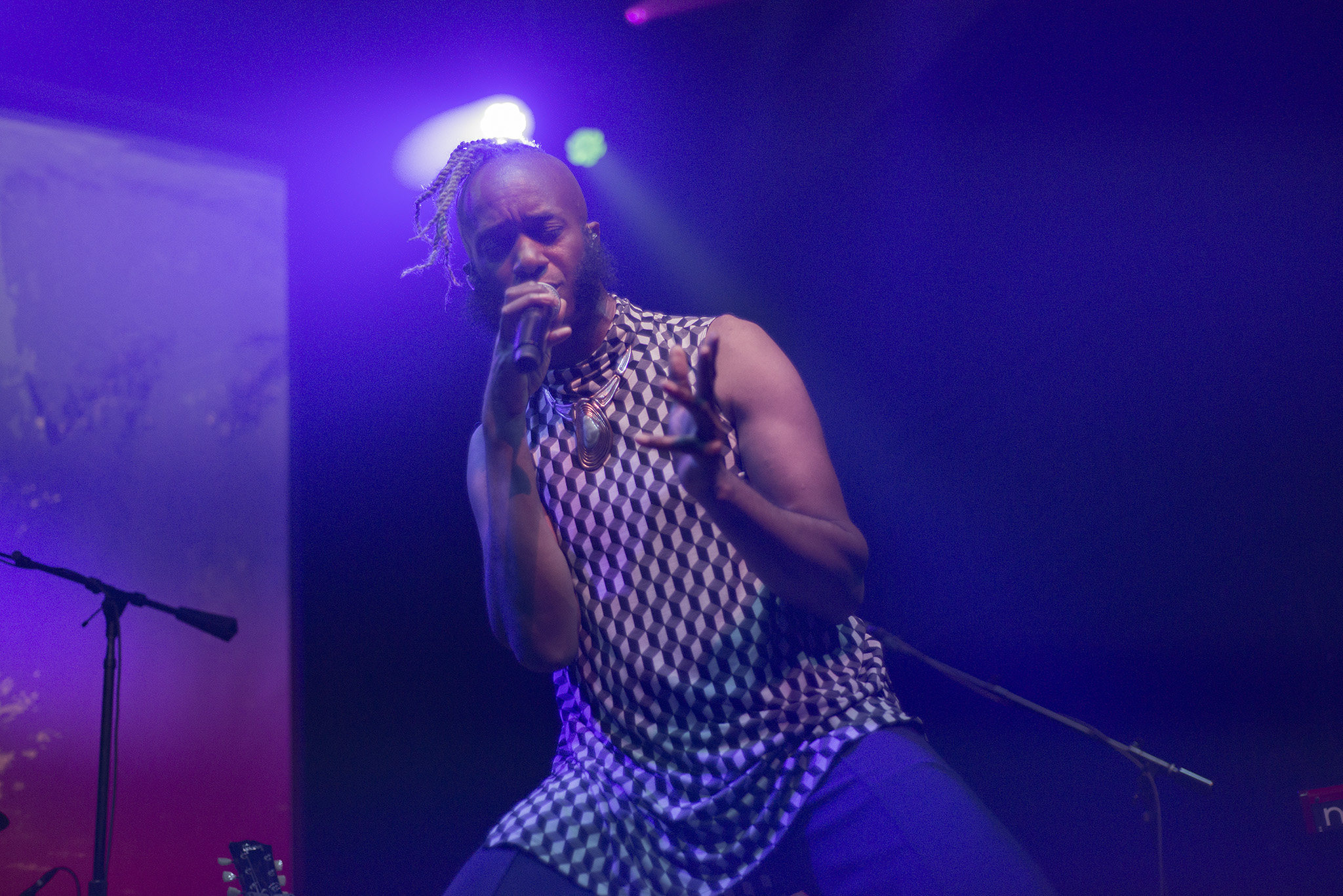 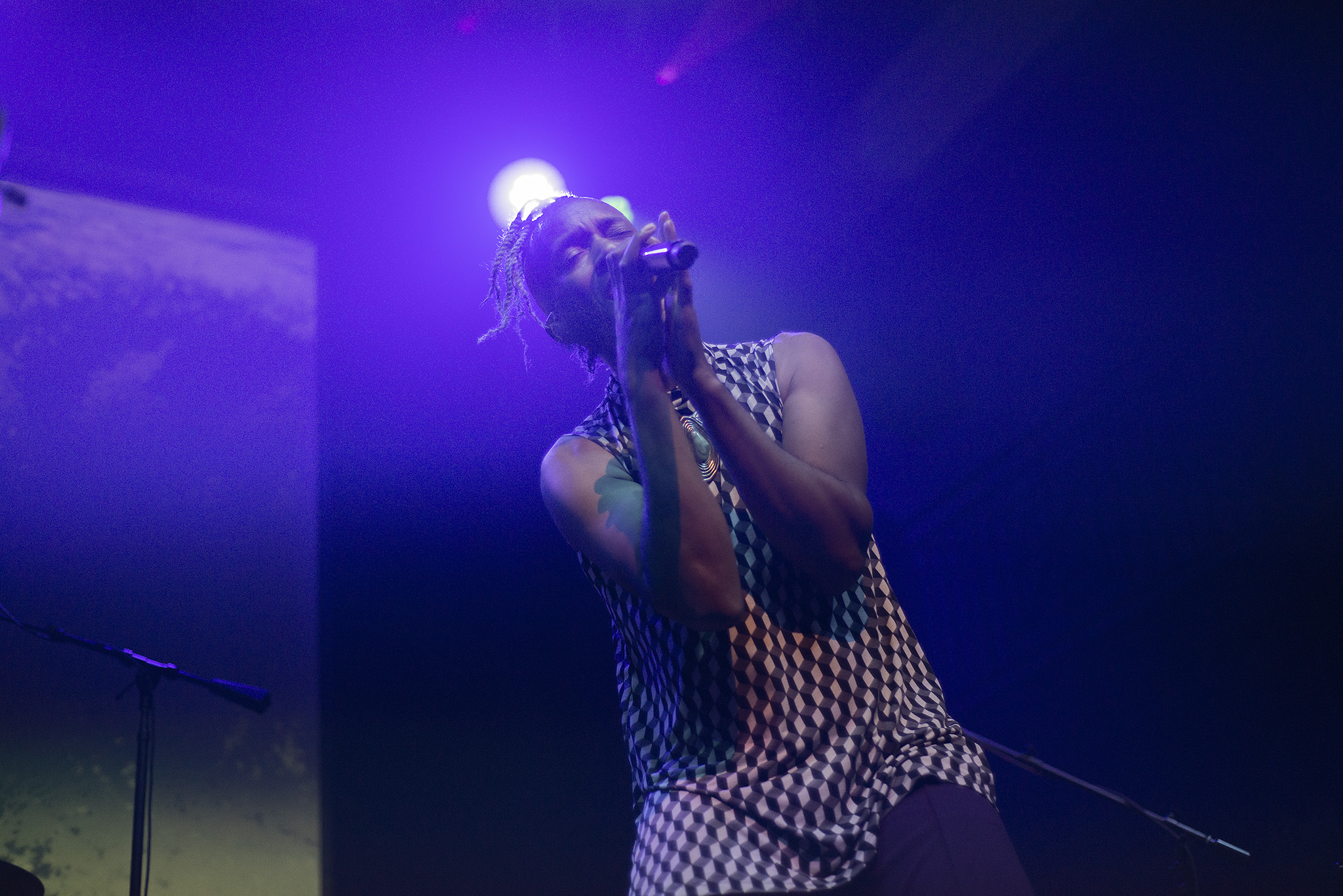 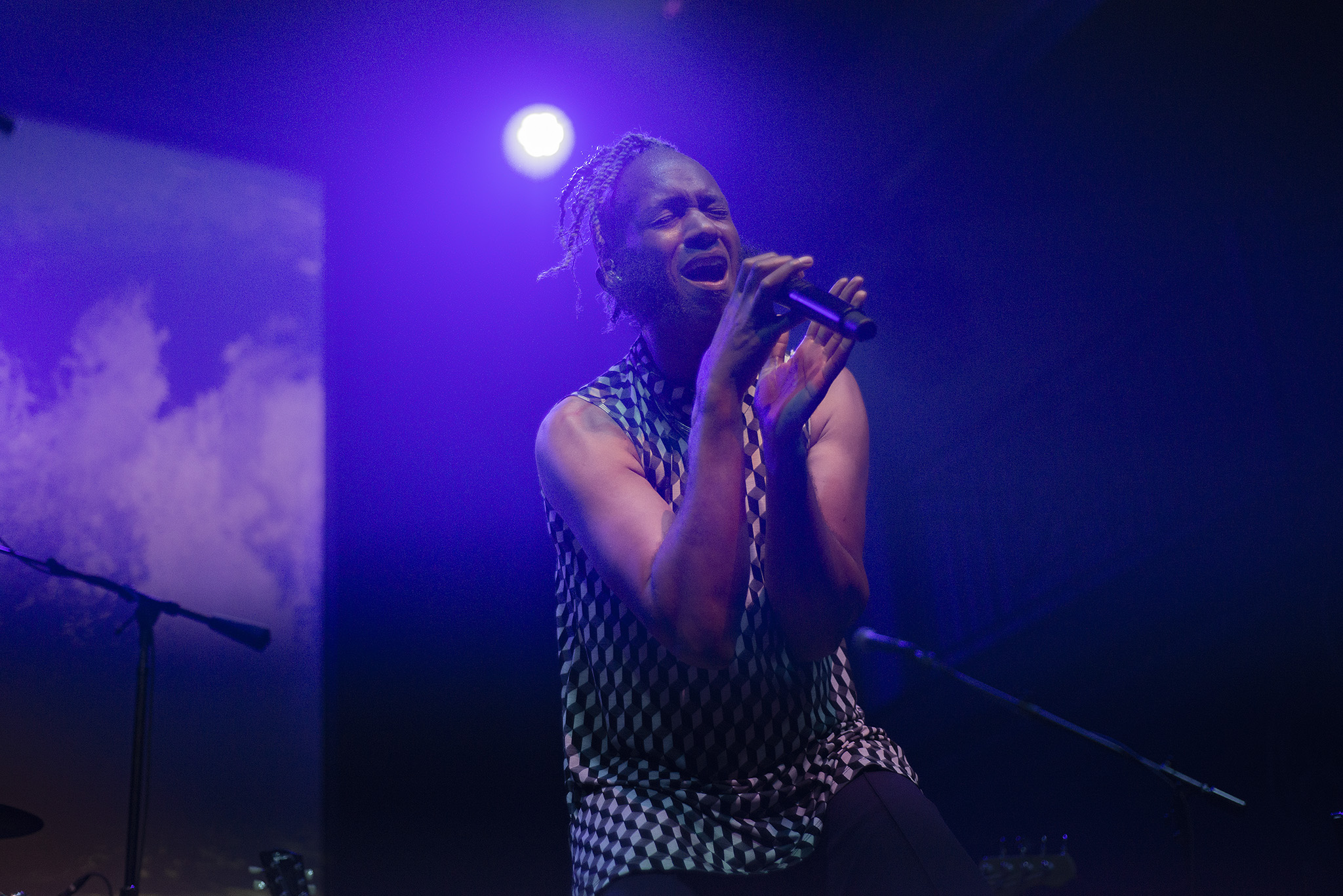 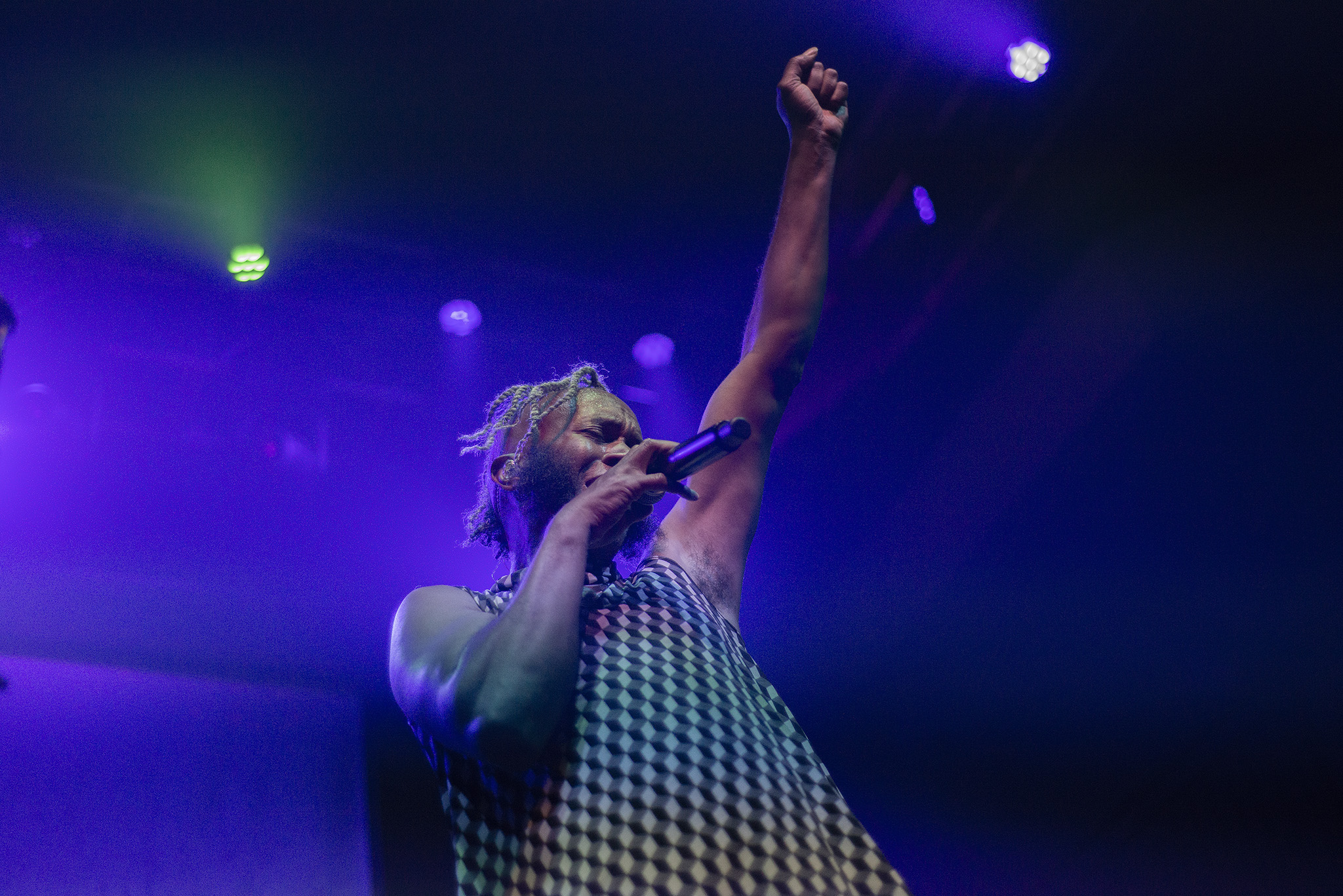 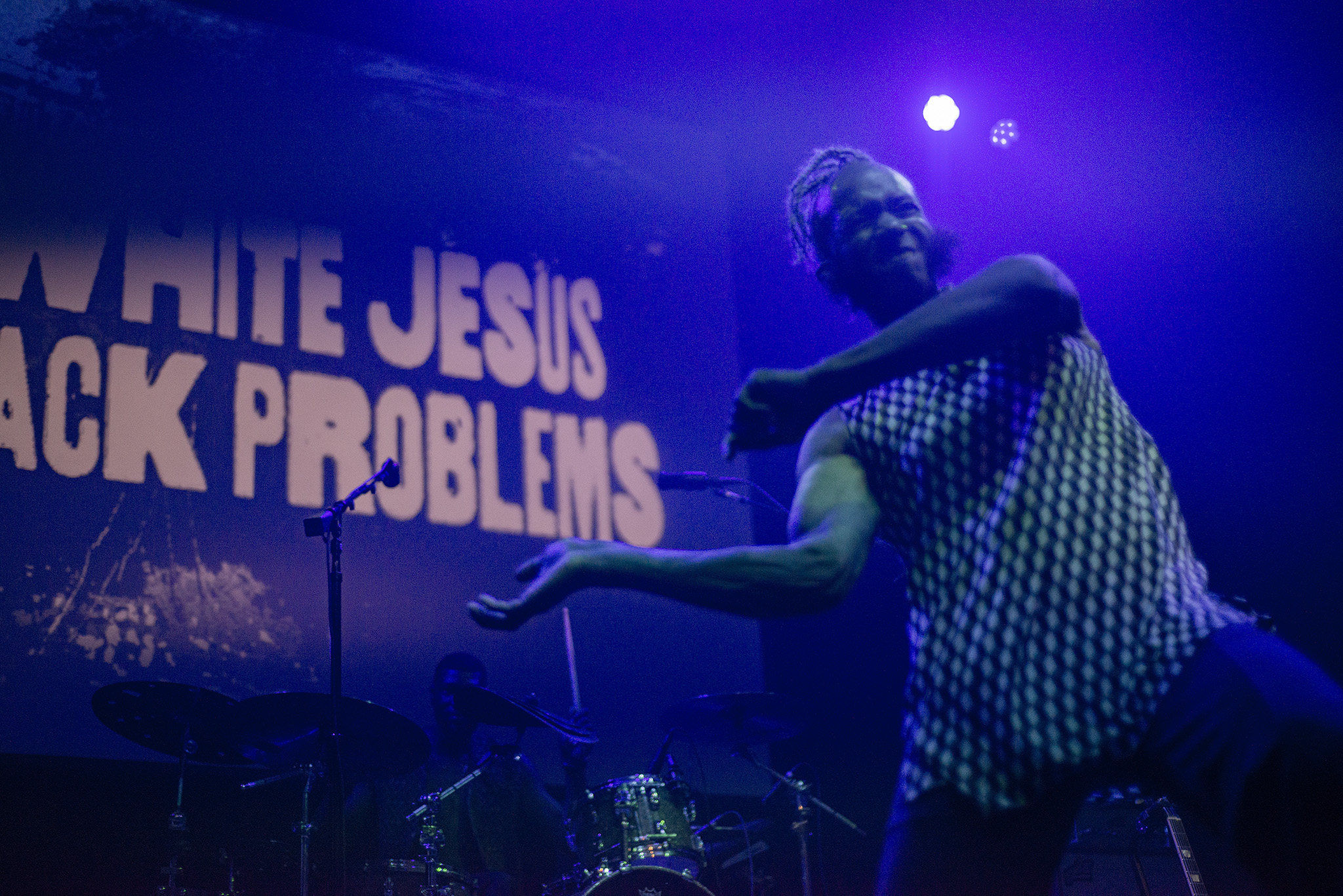