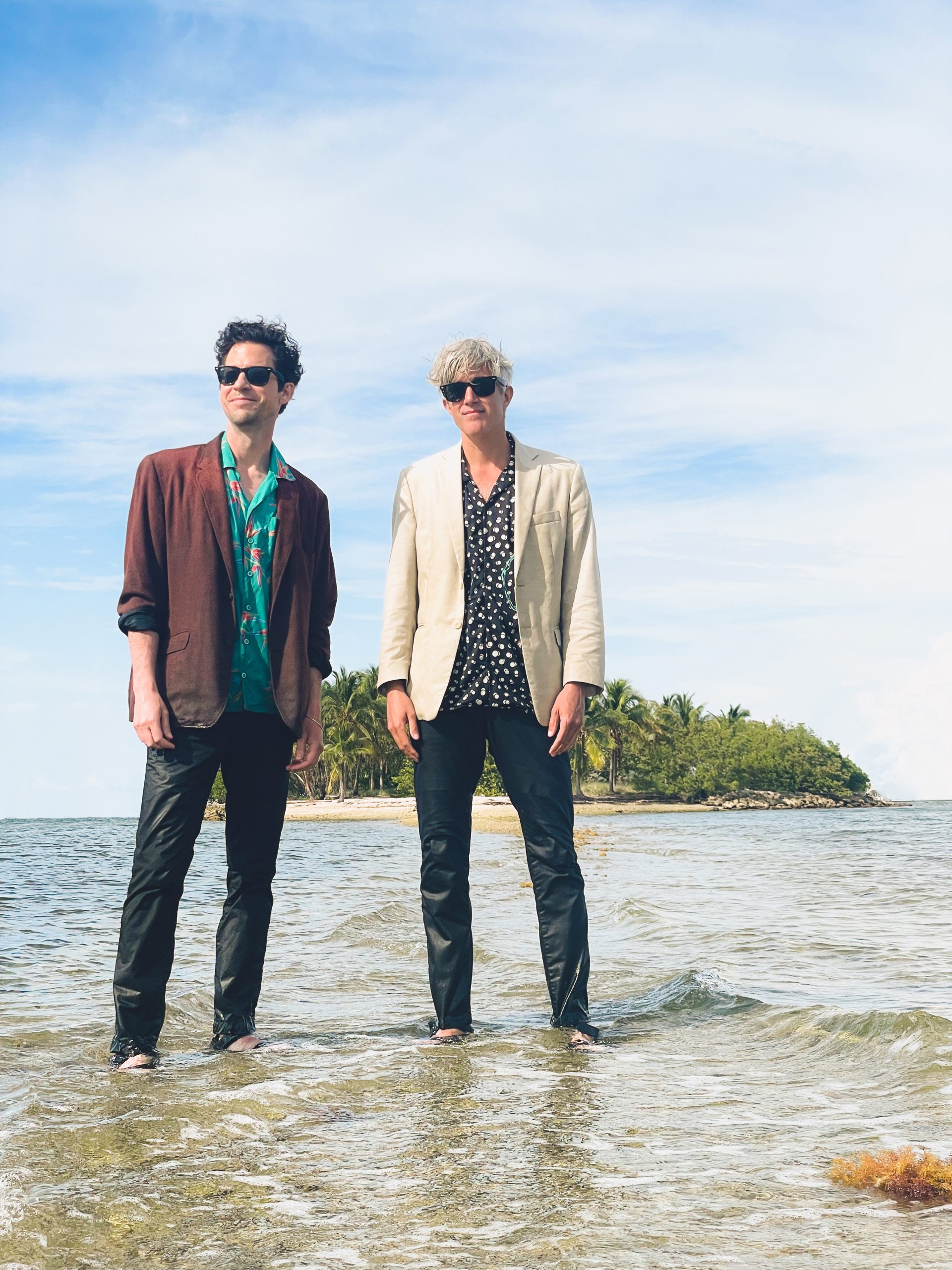 Last fall, NYC indie vets We Are Scientists released their new LP HUFFY via Masterswan Records. After a delay due to the pandemic, We Are Scientists are now on tour in support of the album, and the band appears at DC9 for a show on Friday, July 8!

Huffy, which follows 2018’s Megaplex and the enormously successful “50th anniversary” reissue of With Love And Squalor, is shaping up to be one of the band’s most renowned albums, receiving rave reviews of their high octane, guitar-driven bangers including “Handshake Agreement,” “Contact High,” “Fault Lines,” and “I Cut My Own Hair.” It’s evident that singer and guitarist Keith Murray and bassist Chris Cain are back in rare form!

Watch the official music video for “I Cut My Own Hair” by We Are Scientists on YouTube:

Huffy’s fresh music is accompanied by an oh-so-fresh presentation: multi-paneled vinyl and CD packaging offer a blank wall on which listeners can unfold their own unreasonable vision for the Huffy universe. Each includes sticker sheets with over 20 full color graffiti designed by Keith, Chris, and friends, deployable according to the user’s whim. Tilting reality even further into the hallucinatory gyre, this vinyl comes in a choice of ten colors. The cassettes will be manufactured in a paltry five colors, but while each has Huffy on Side A, five different Side B’s give hard plastic-enthusiasts something to crow about.

On Huffy’s mosaic form, Chris said, “Usually people bring a vinyl record home, rip it to their iPods, and throw it straight into the fire. Well, not with Huffy. We’re giving our listeners a reason to keep this one around, and even to consider passing it down to future generations, if they’re super-happy with where they put all the stickers.”