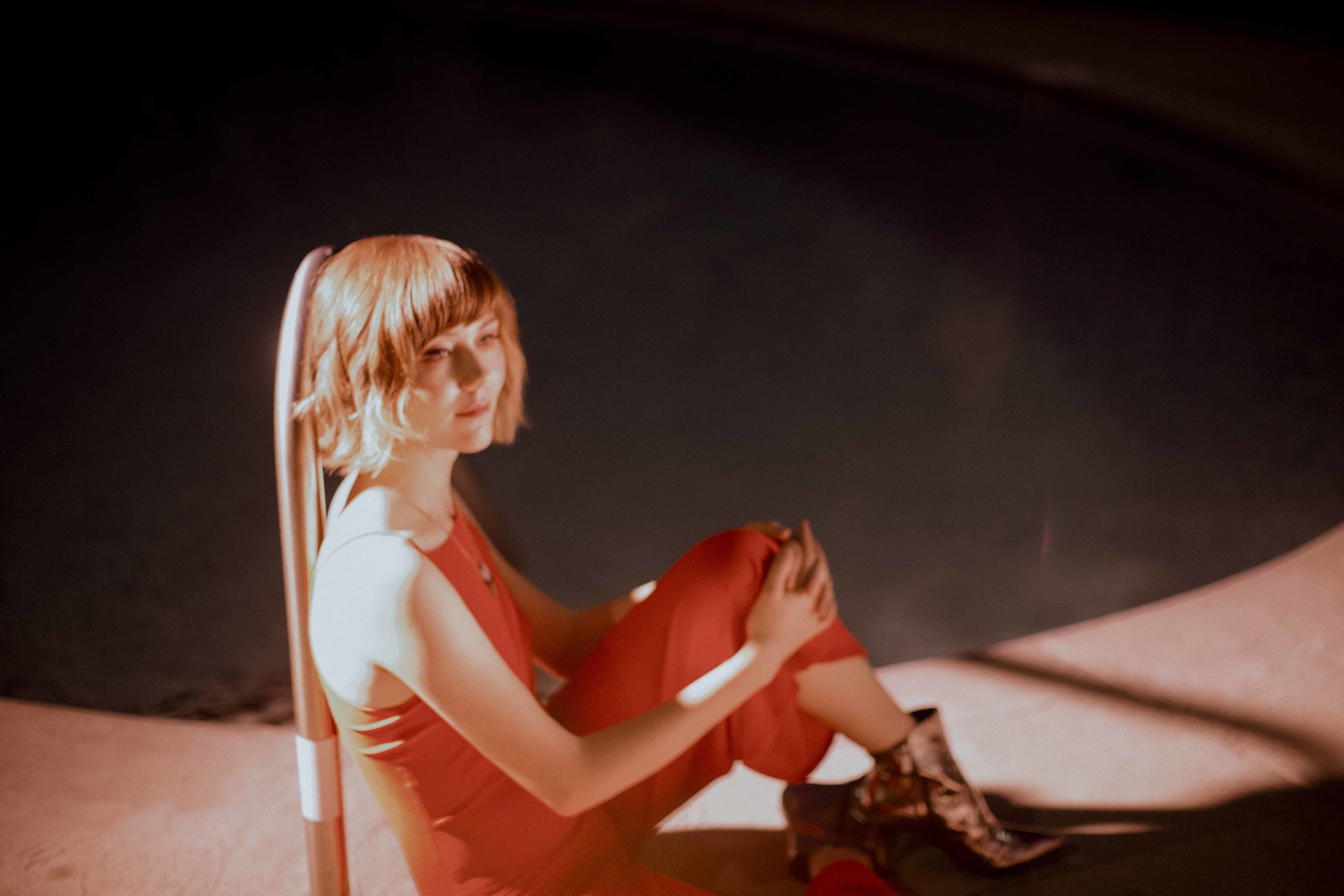 Guitar virtuoso and singer-songwriter Molly Tuttle’s “San Francisco Blues” is about how, to cite a cliche, you can’t go home again. When the Bay Area native returned to the area where she’d grown up, she found that it felt different, and she told us about it at The Birchmere recently. Her friends had moved away because they couldn’t afford it. That’s happening in major cities across the United States.

I recently mentioned, in my writeup of Mike Montali’s opening set for Fantastic Negrito, how his father had to leave New York City after he retired because it was too expensive. In our area, artists and writers tend to live in Baltimore rather than DC because it’s gotten so expensive to live here.

“San Francisco Blues” was representative of the music Molly and her band, Golden Highway, played at The Birchmere on June 27: It’s grounded in the acoustic instrumental traditions of bluegrass, but it embraces a modern lyrical perspective. “Dooley’s Farm,” for example, turns those traditions on their head by telling a story about a rebellious farmer whose crop happens to be marijuana. The making of the song involved world-class picker Billy Strings, whose fondness for the herb is well known.

Tuttle’s music is also a family tradition. She learned to play from her dad, who grew up learning to play from his own father on a farm in Illinois. When she made a video for the song “Grass Valley,” she flew him out to Nashville so he could appear in it. Molly also has serious training, too; she attended the Roots Music Program at the Berklee College of Music, focusing on guitar performance and songwriting.

Her latest album, The Crooked Tree, released earlier this year and produced by dobro master Jerry Douglas, is squarely in that bluegrass territory. The title, she explained Monday night, is influenced by a quote from Tom Waits, and the song is meant “for anyone who’s felt different from other people.” Without belaboring the point, this is something that she’s certainly experience herself, as she has the condition alopecia (an absence of hair), which must have been difficult to grow up with.

Molly opened her set with a couple tracks from that album, “She’ll Change” and “The Nashville Mess Around.” She and her band also played “Castilleja” and “The River Knows,” and they finished their encore with the warm “The Big Backyard.”

Molly may be an acoustic player strongly influenced by bluegrass traditions, but she’s fully in tune with contemporary music. In 2020, she made an album of covers “in my bedroom,” all of which were pop and rock standards. Two of those tunes made their way into the set: The Rolling Stones’ “She’s Like A Rainbow” and Rancid’s “Olympia, WA.”

If you’re a bluegrass traditionalist, there was plenty to like about this show, too. A handful of songs into the set, Molly asked if there were any Bill Monroe fans in the house, and the band launched into one of his instrumental numbers. They also covered bluegrass classics like “Side Saddle” and “Way Down Yonder,” and, while it’s not exactly bluegrass, they did a dynamite job on Townes Van Zandt’s “White Freightliner Blues” to close the main set. When they returned for their encore, Molly made a smart move, playing to the crowd here at the home base base of the Seldom Scene by covering one of their songs.

The Downriver Collective, a similar acoustic, bluegrass-oriented outfit, opened the show with a mix of covers, like Fleetwood Mac’s “The Chain” and Chris Stapleton’s “Midnight Train To Memphis” and original numbers. “If I Go,” the explained, is about “loving being in the city and loving growing up in the country, and missing one when you’re in the other.”

I can be picky about bluegrass, and a lot of it just doesn’t work for me. But Molly Tuttle’s stuff does, because the quality of the work is so high, and because it’s not an antique piece, or a nostalgia trip. She’s bringing this music into a fully contemporary place and advancing it forward.