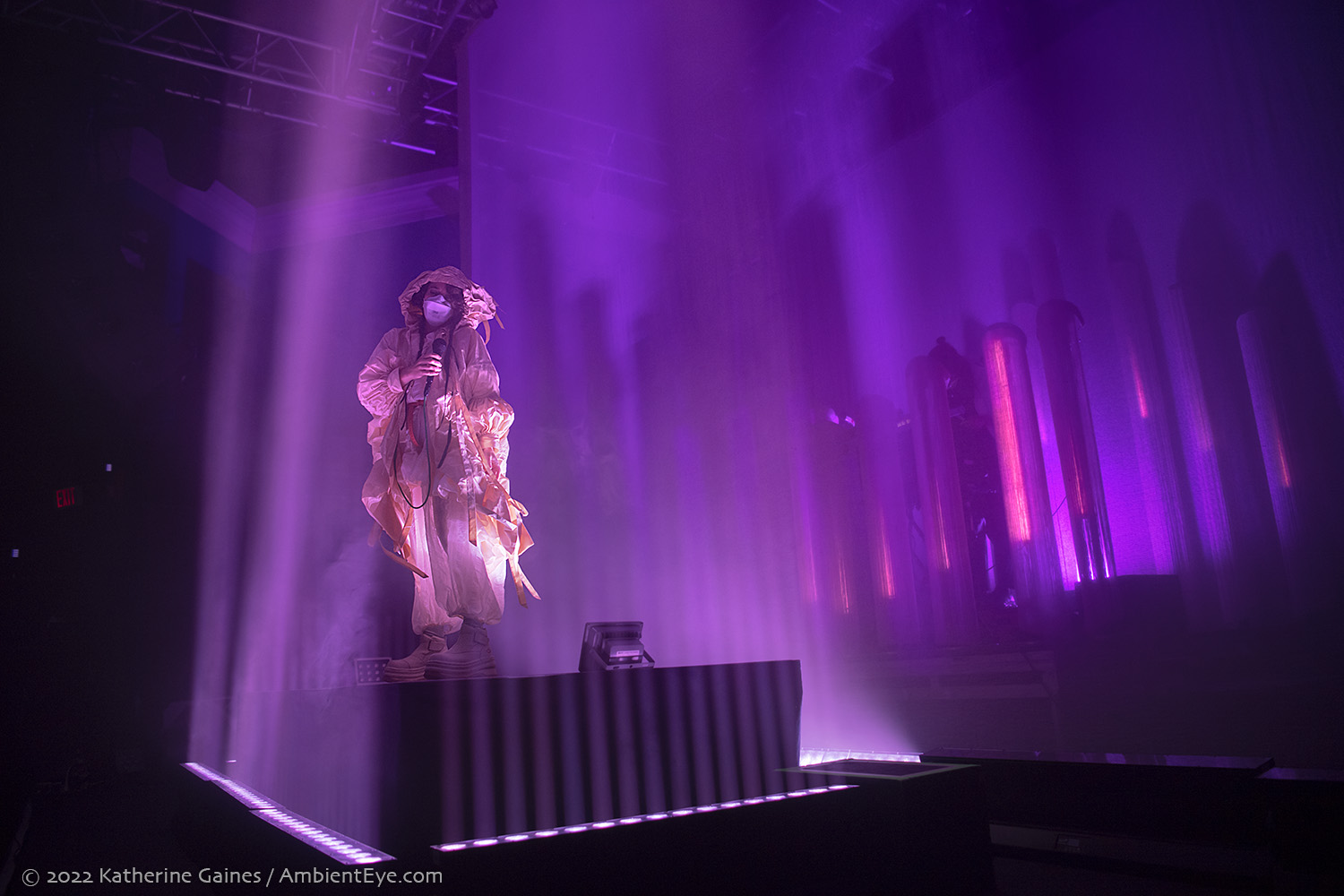 Canadian dream poppers Purity Ring released Graves, a new EP, earlier this month, then zipped into DC on their USA tour for two dates at 9:30 Club this past week! Katherine Gaines shot the first of the two nights — it was a sold-out show.

(This copy is adapted from press materials by Grand Stand Media.)

At 9:30 Club on June 29, Purity Ring performed about 20 songs, including the new “Graves” from the EP of the same name. The band leaned heavily into its 2020 album, Womb, presenting seven of its songs, and their debut record Shrines (2012) with another five selections.

Purity Ring opened with “pink lightning” from WOMB and closed with “Begin Again” from their 2015 sophomore full-length album, Another Eternity.

Watch the official music video for “Begin Again” by Purity Ring on YouTube:

The origin of Purity Ring dates back to 2010. One night in 2010, vocalist Megan James was sailing a boat very far out in the ocean. The waves were as big as houses but the moon was full and it was quiet and peaceful. Producer Corin Roddick had made a beat in his mum’s basement on his old toshiba laptop and sent it to her, so alone in the water under the bright light, Megan put on her earbuds and sang the words to a song that became “ungirthed” (which can be found on Shrines but was not performed at 9:30 Club).

Twelve years and a trilogy of albums later, Purity Ring returned with their first extended play (graves ep) in June. It is a spirited collection of songs signifying an evolution to a nü era for the Edmonton duo.

Here are some photos of Purity Ring performing at 9:30 Club on June 29, 2022. All pictures copyright and courtesy of Katherine Gaines. 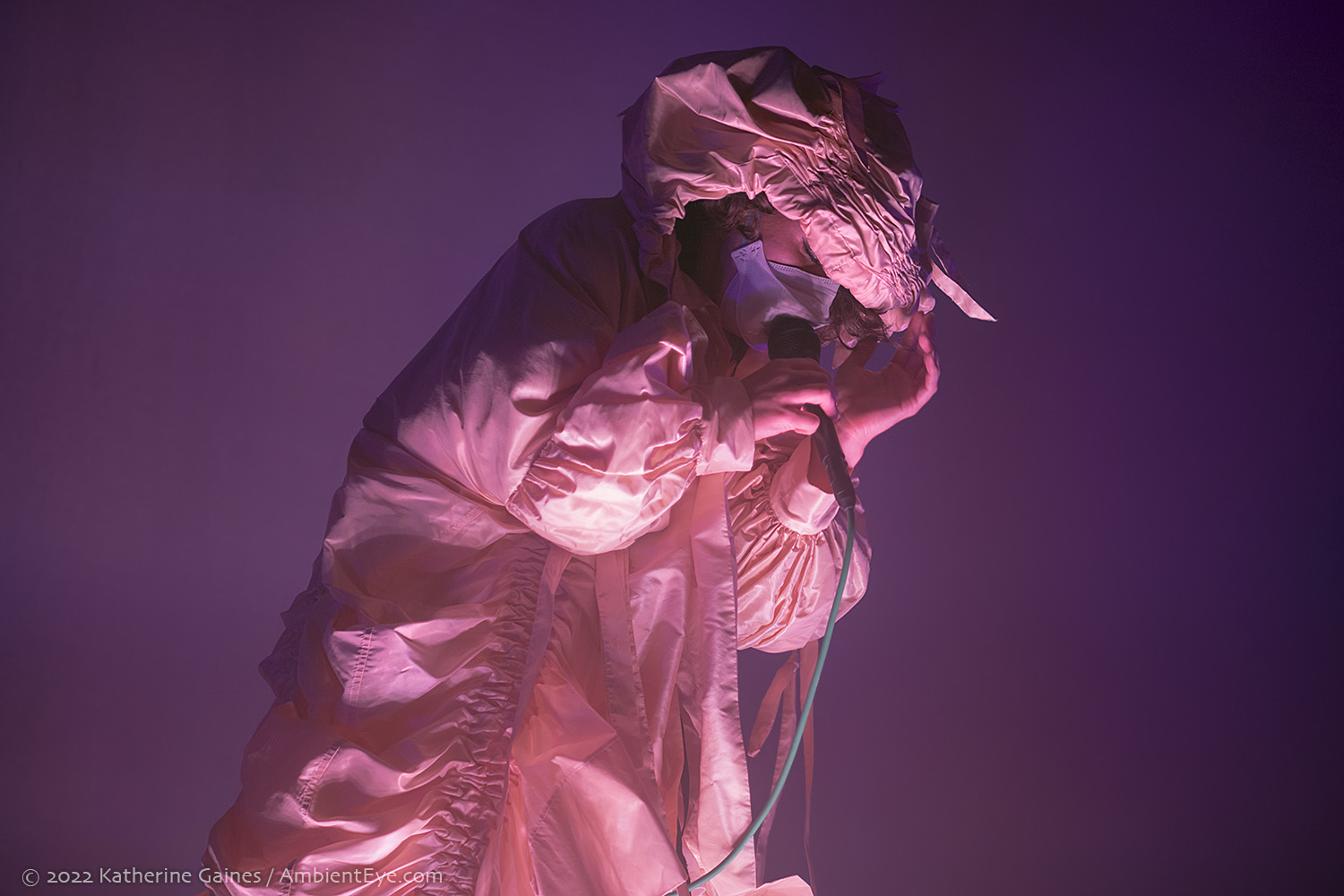 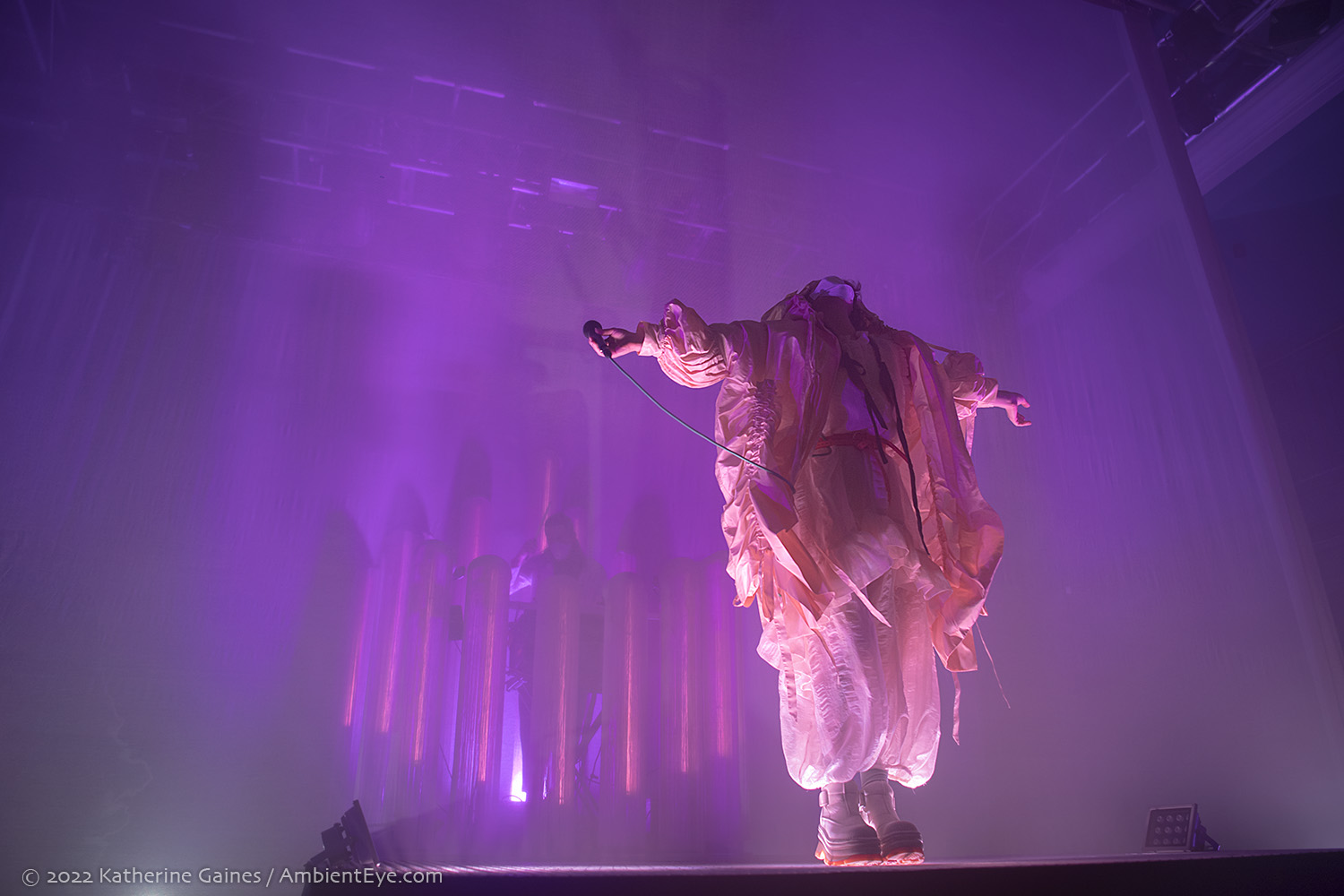 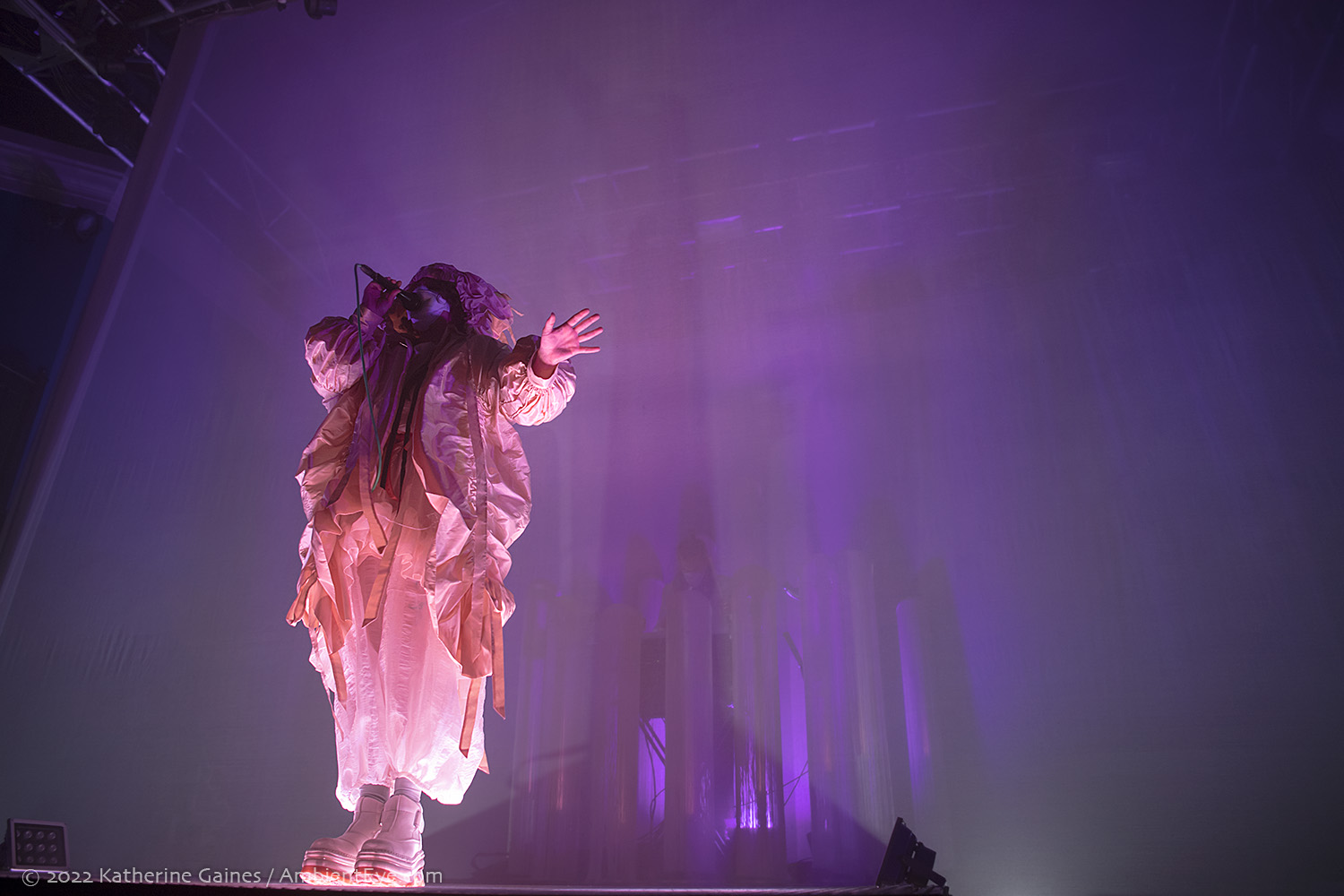 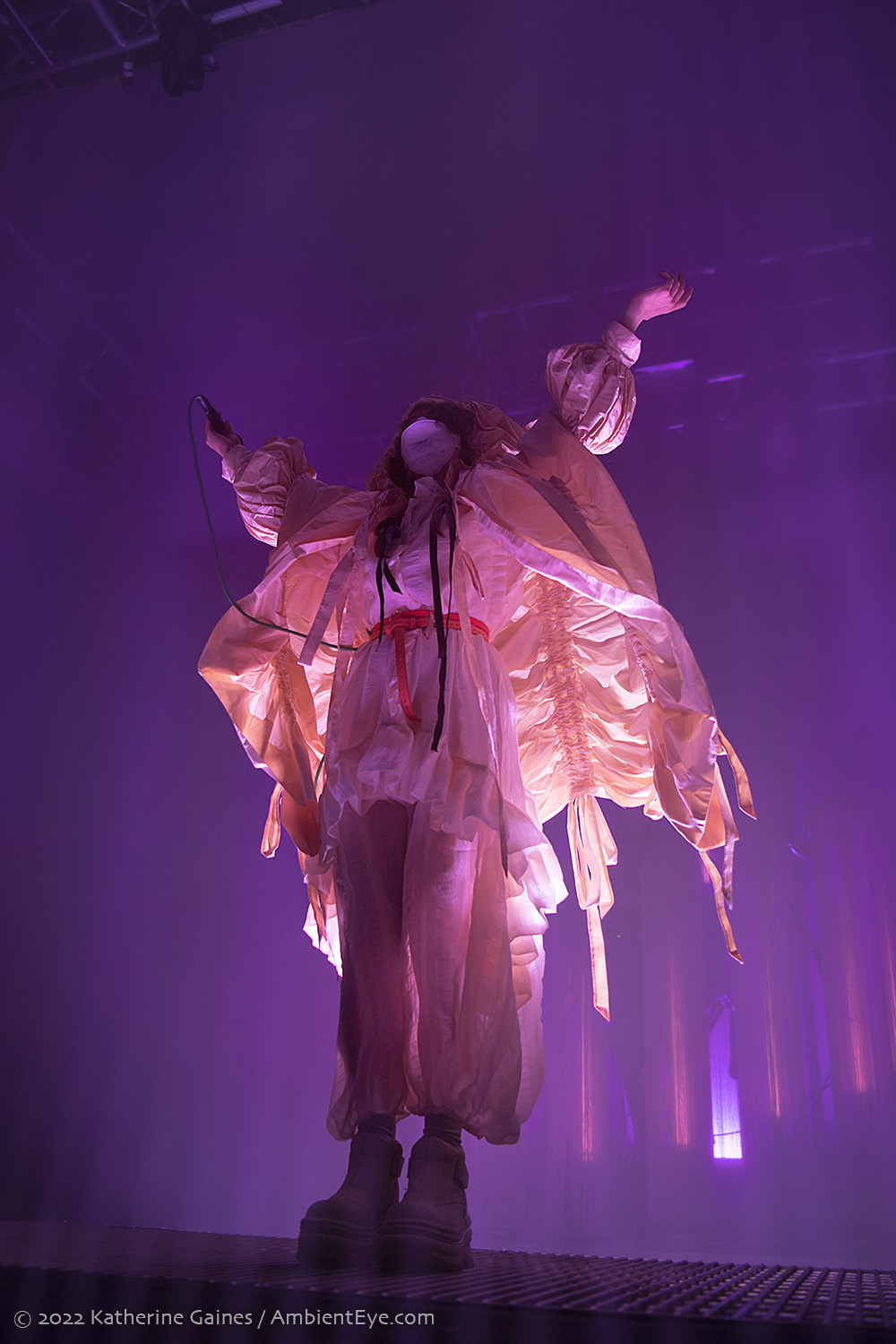 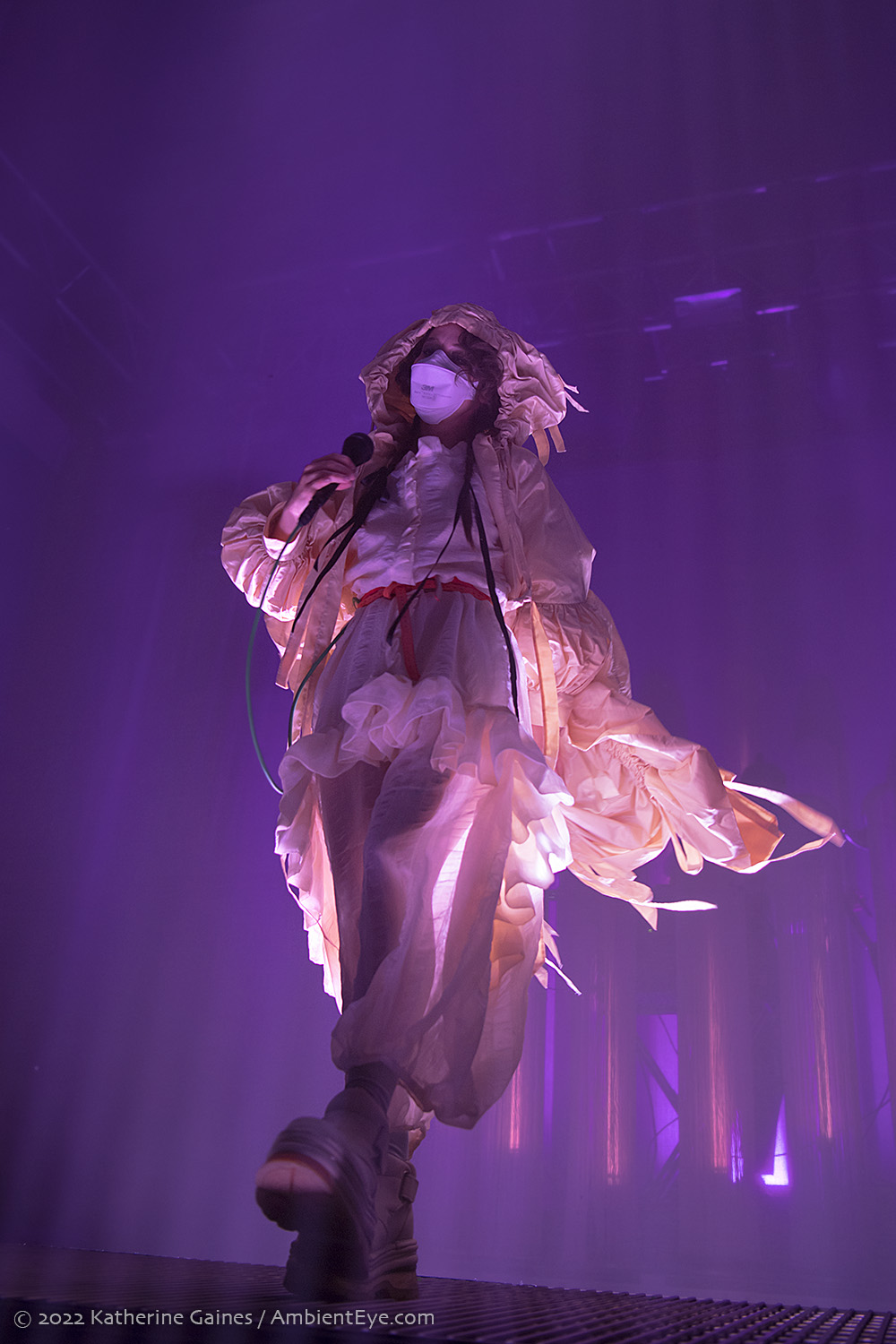 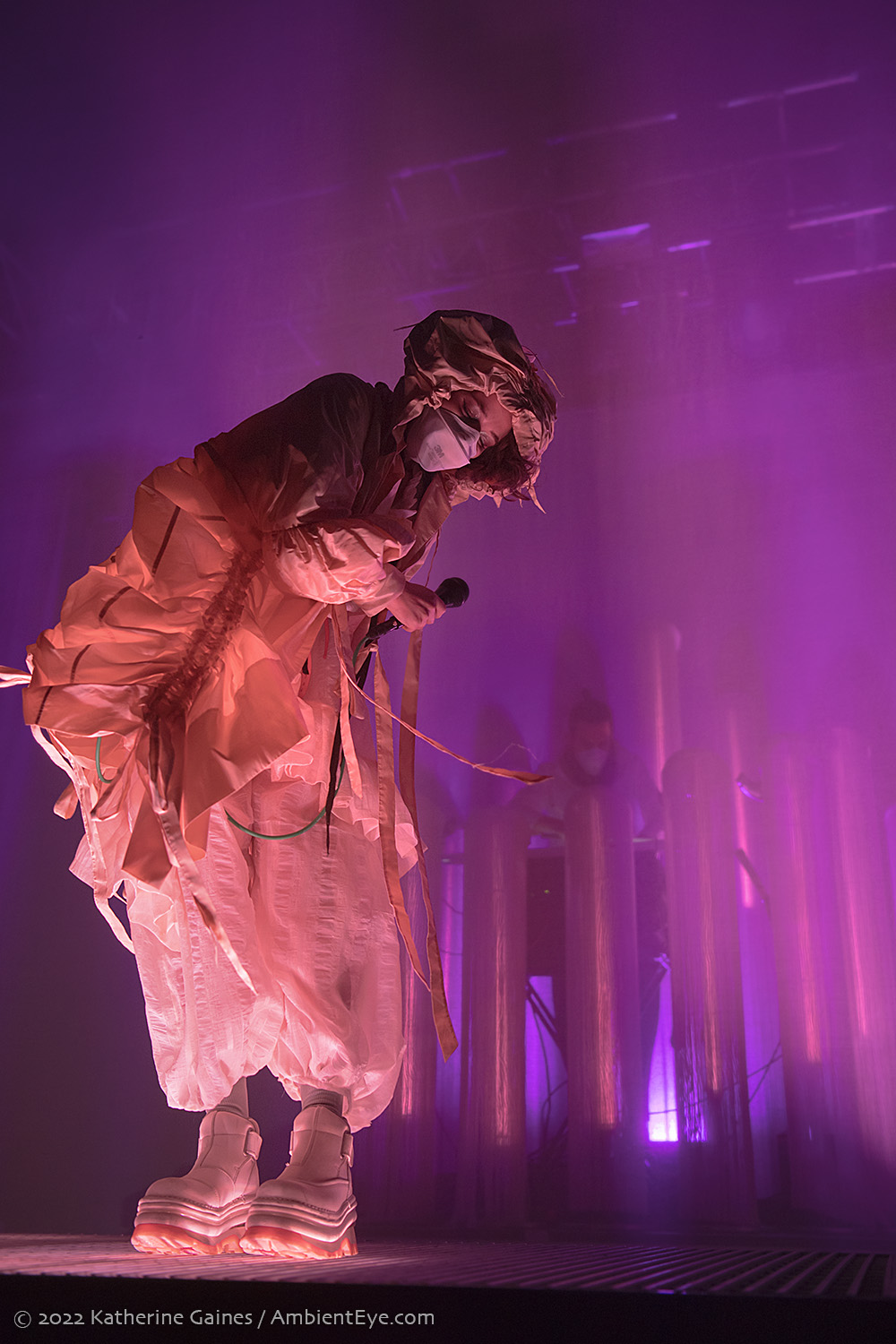 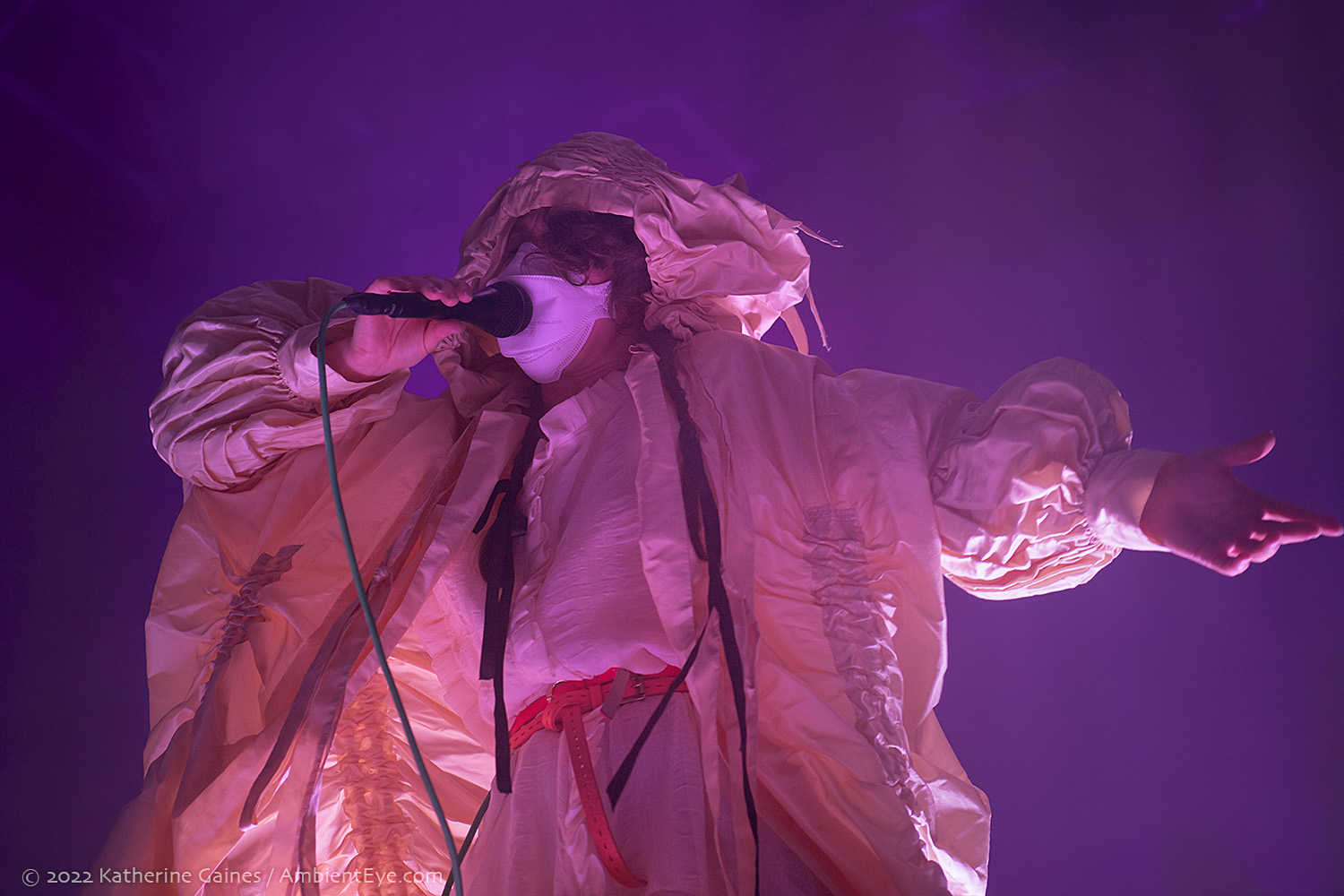 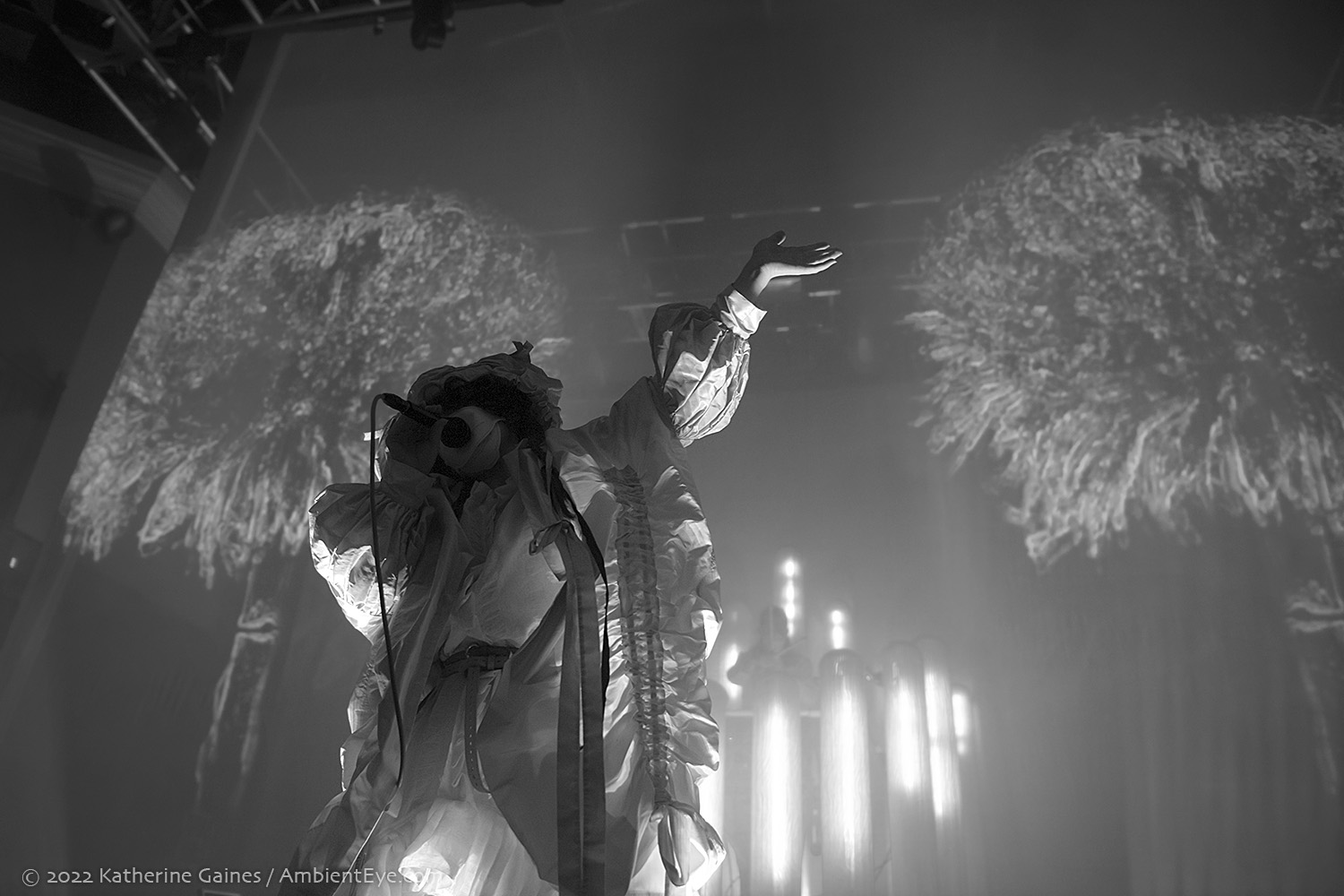 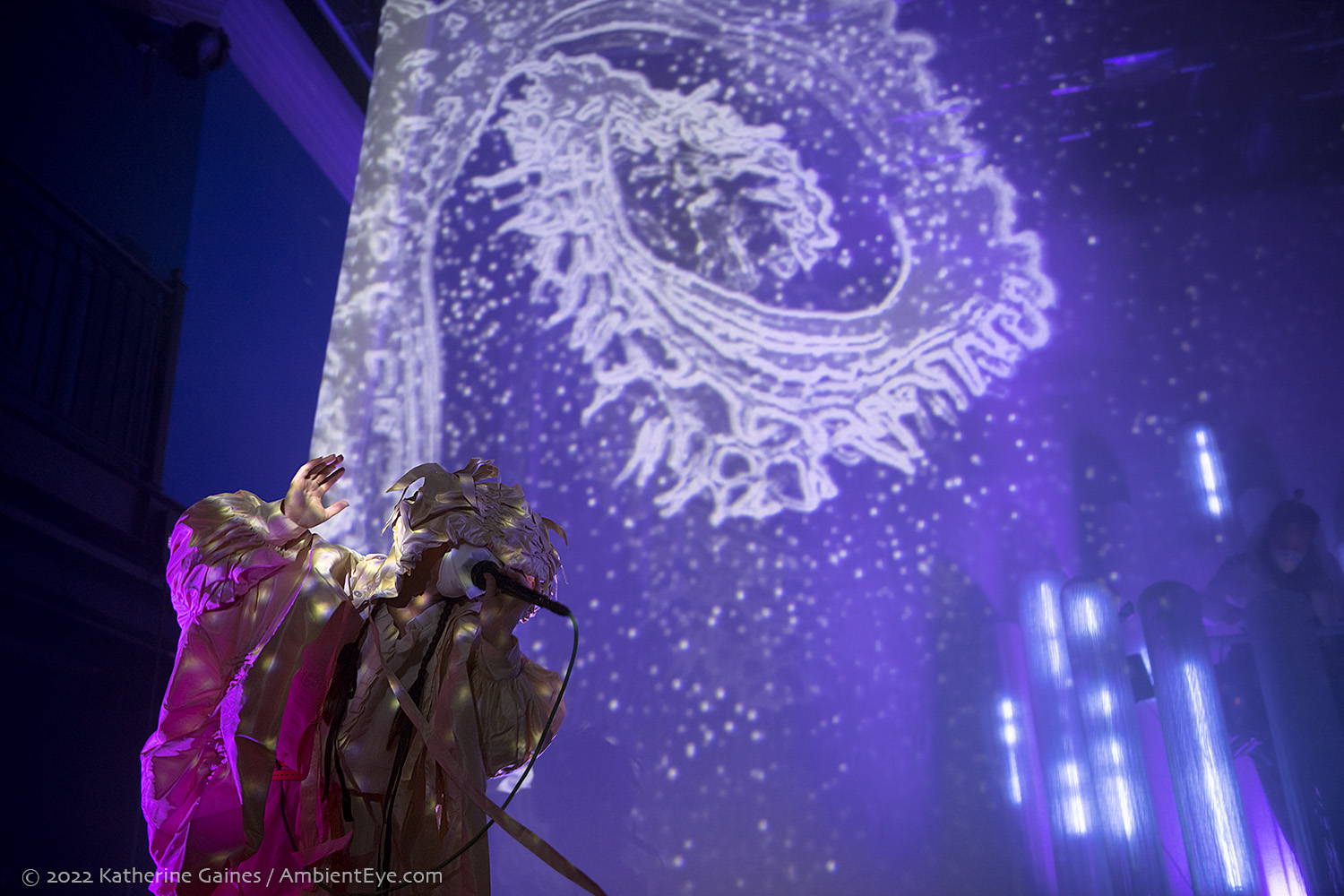 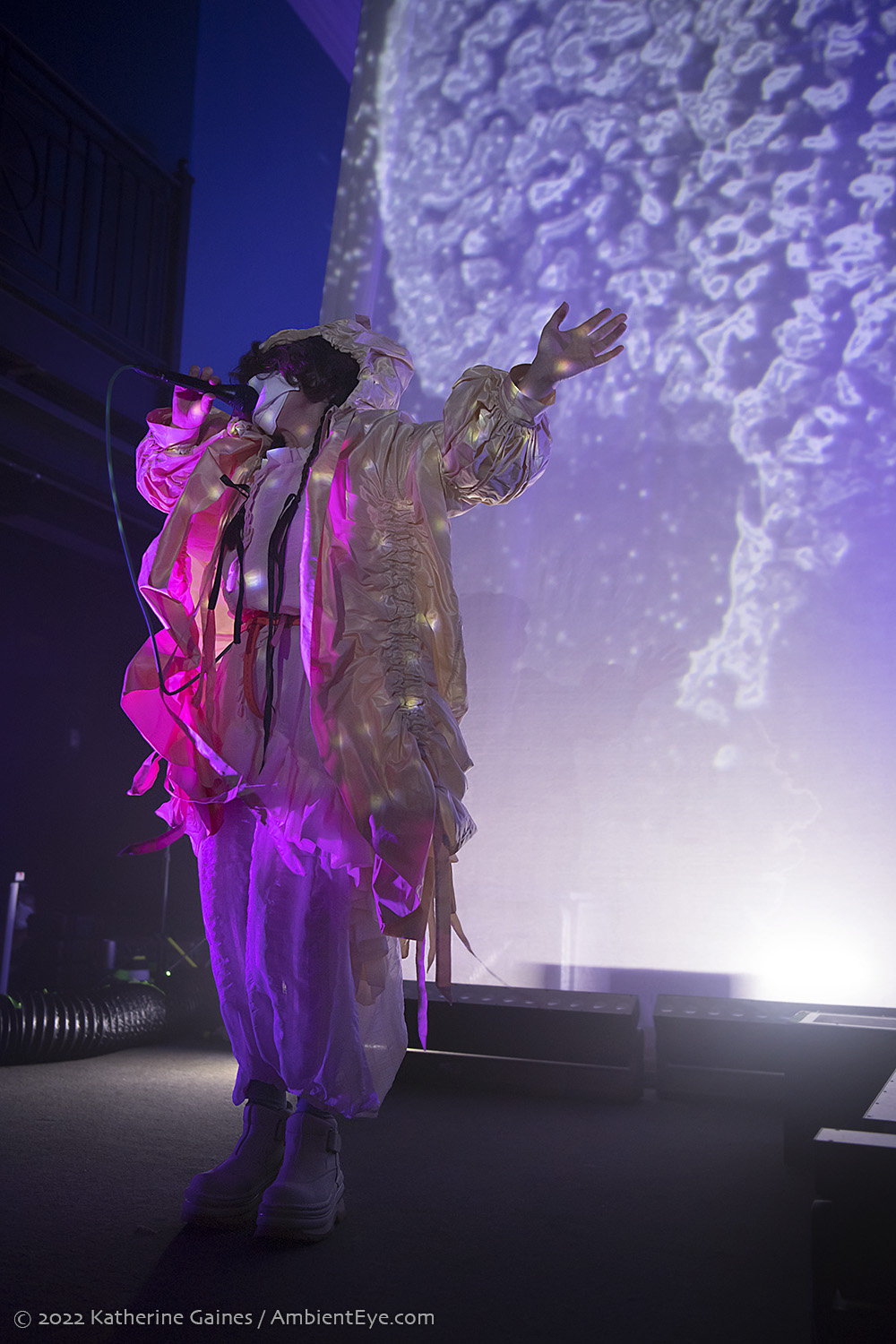 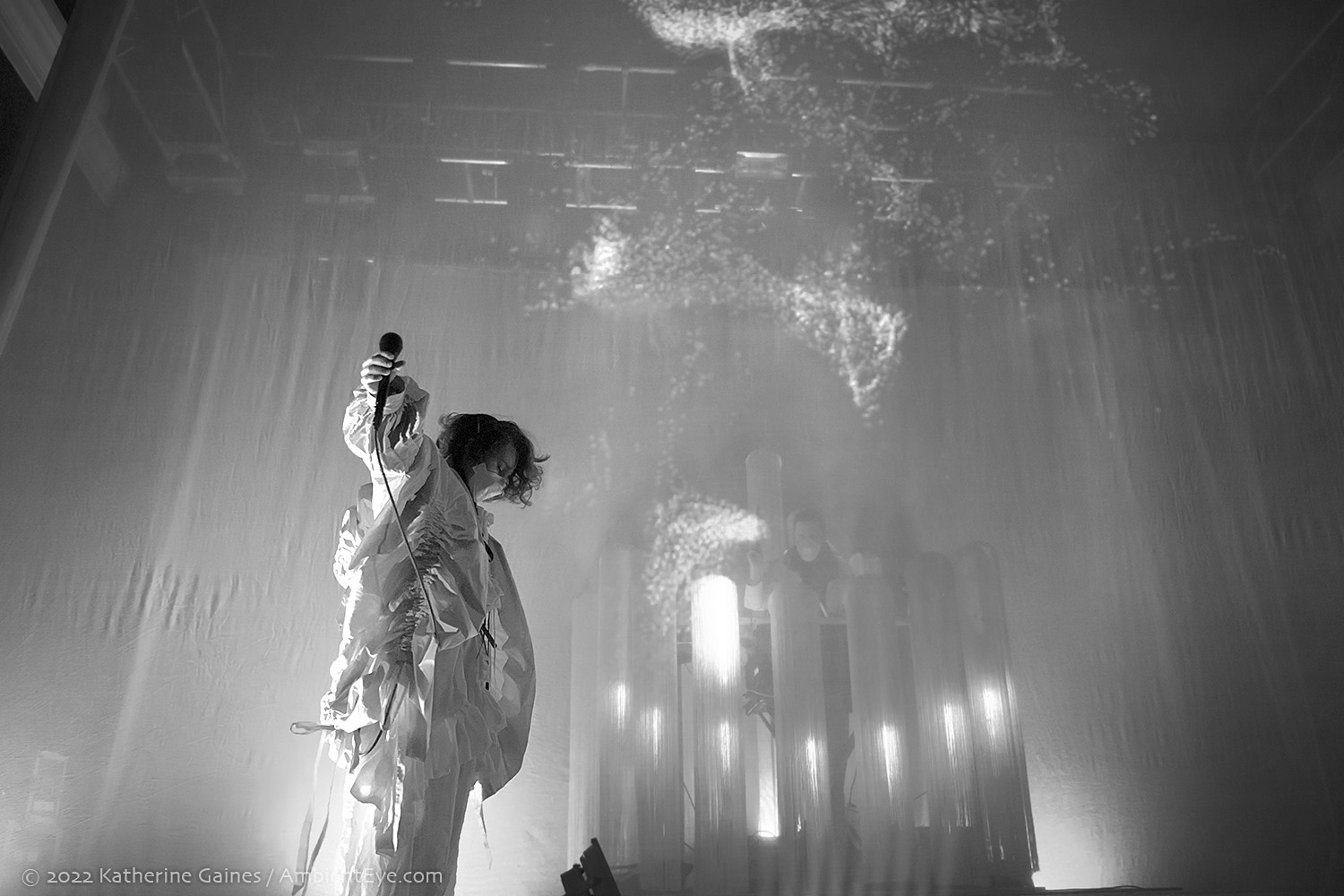 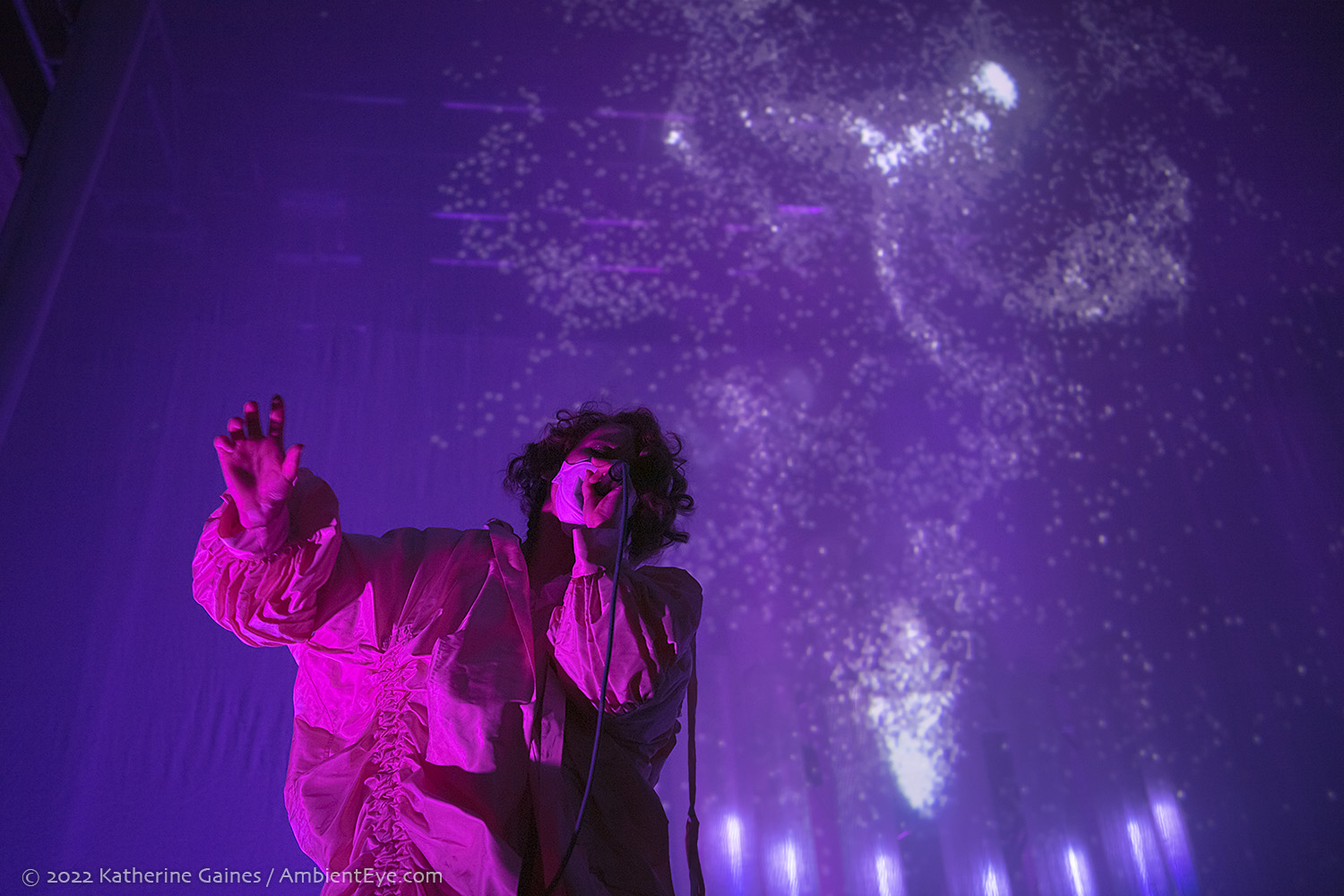 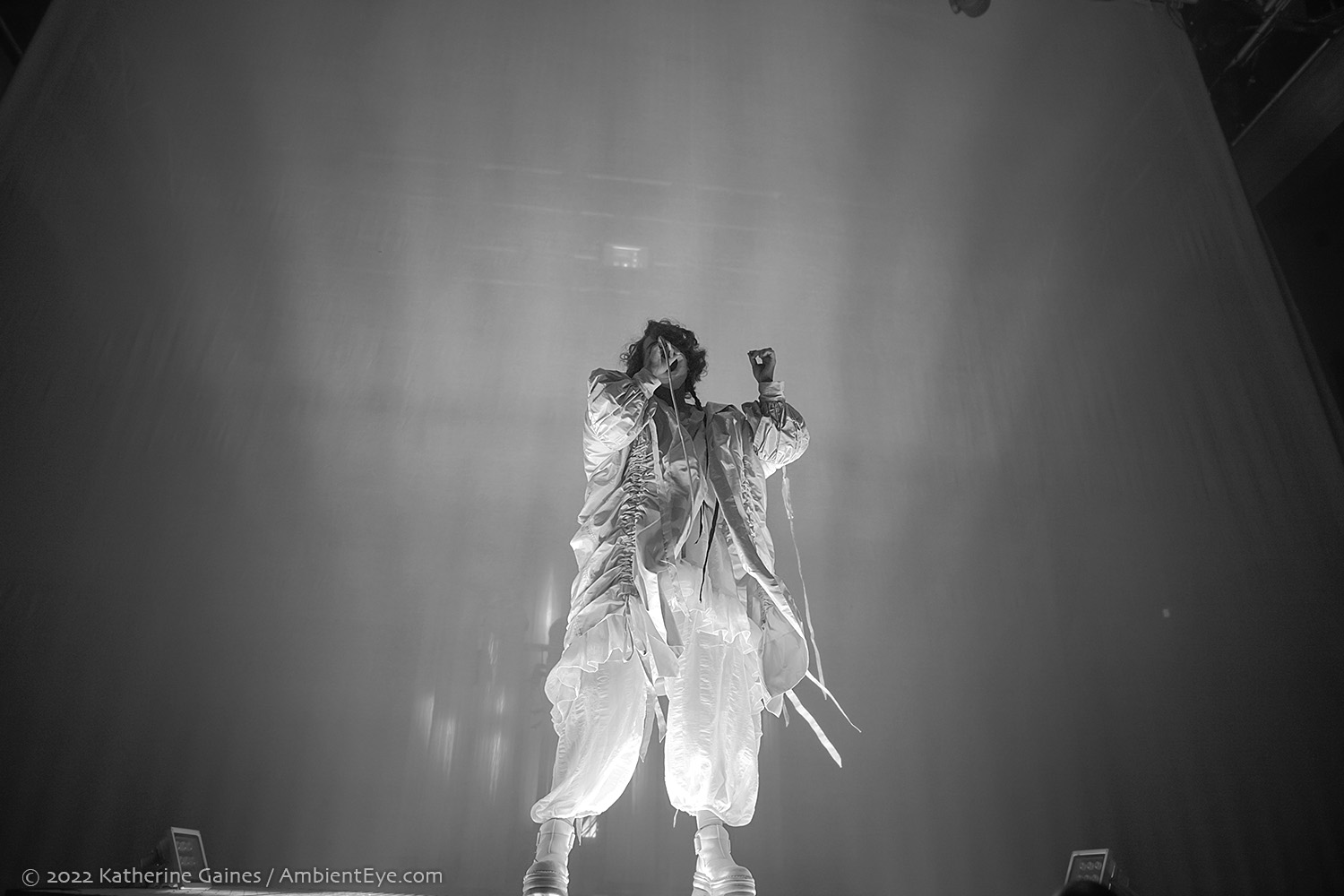 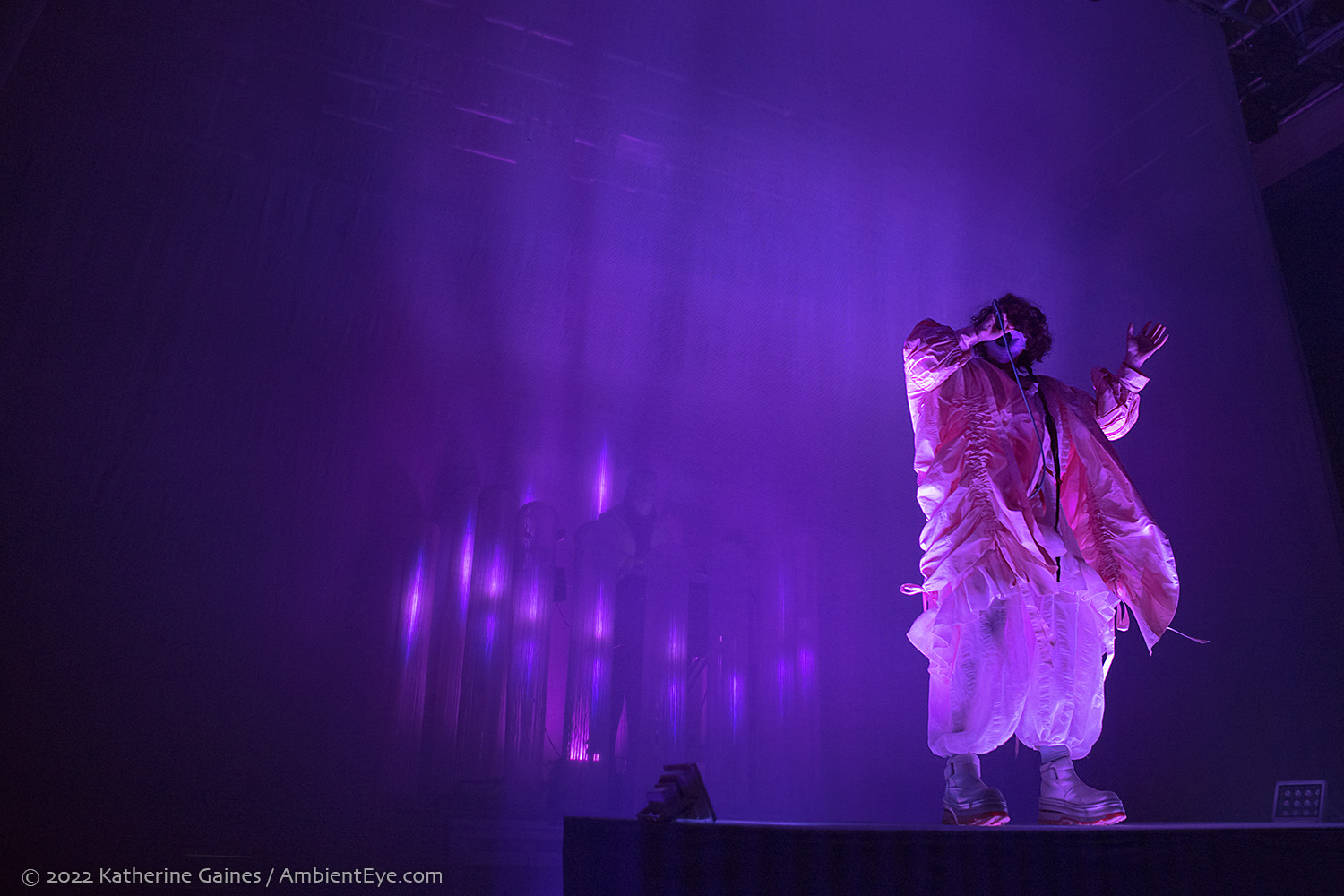 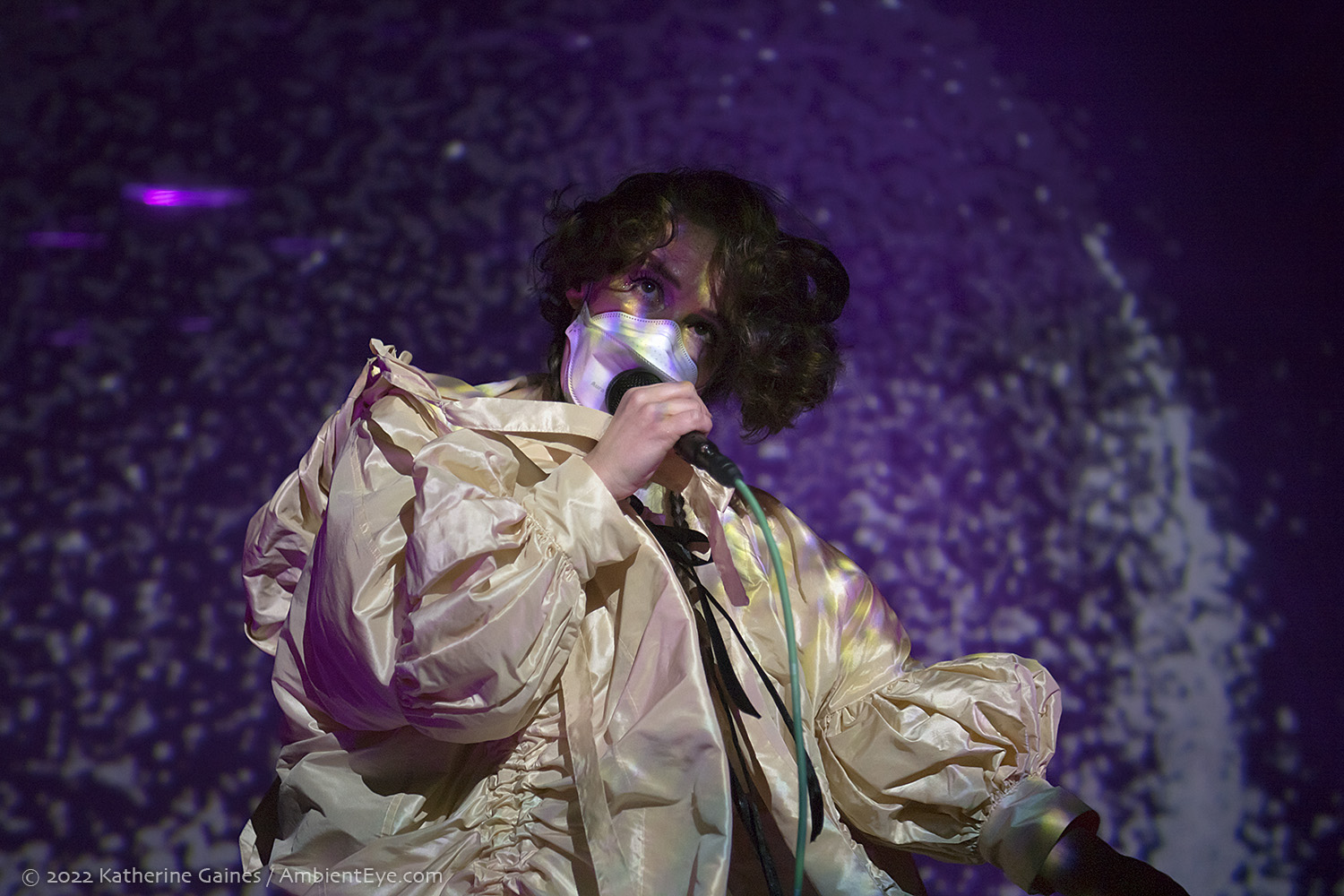 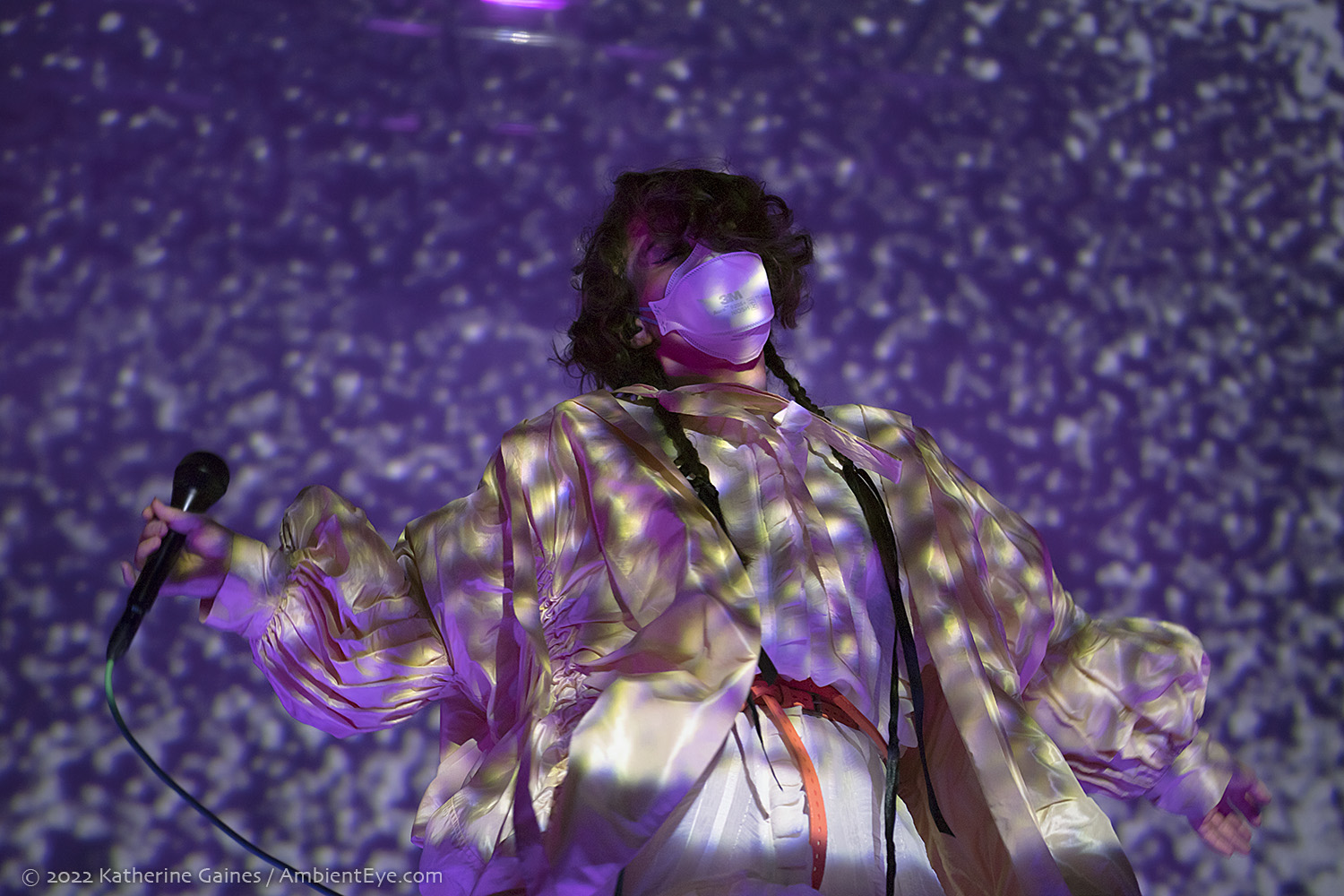 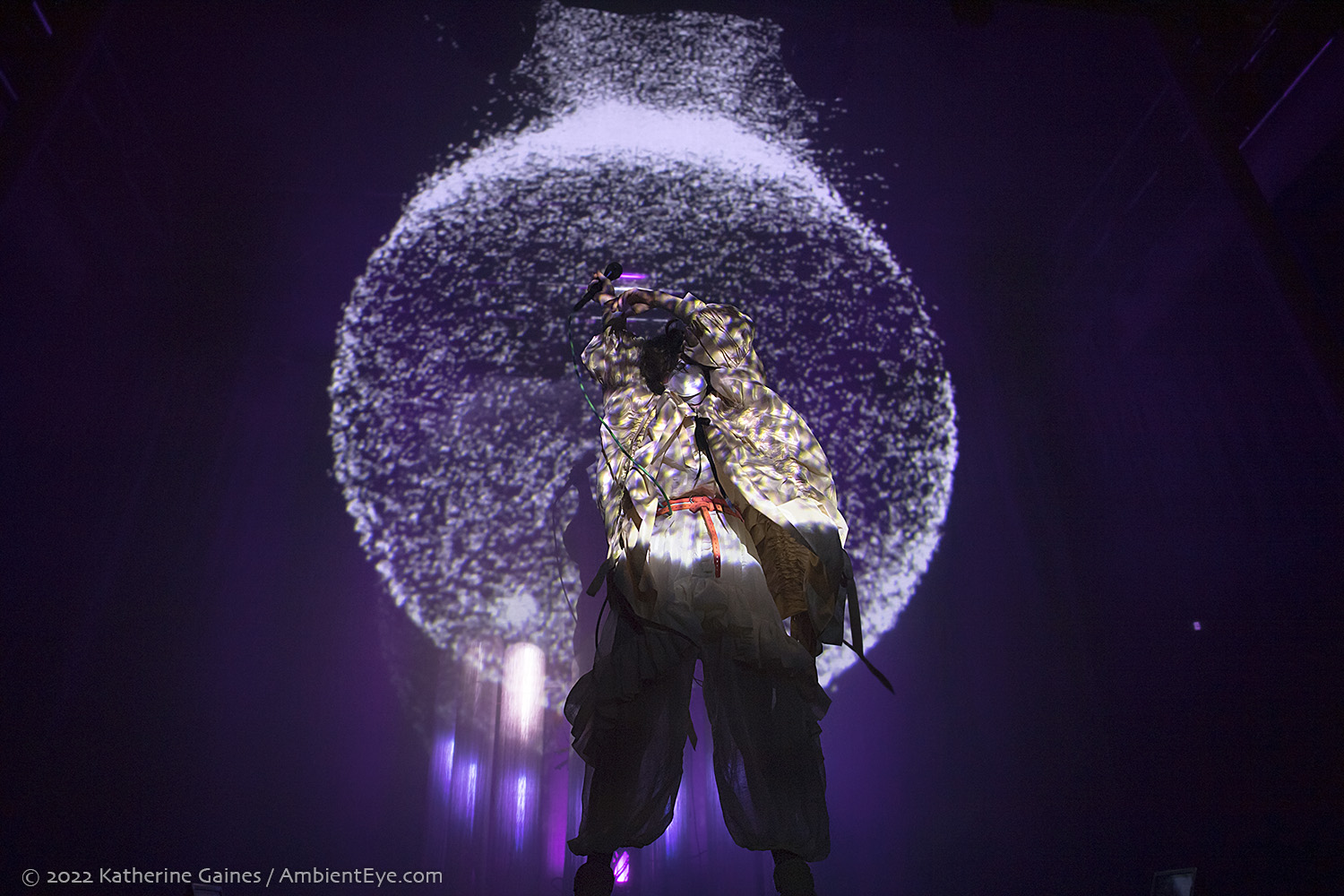 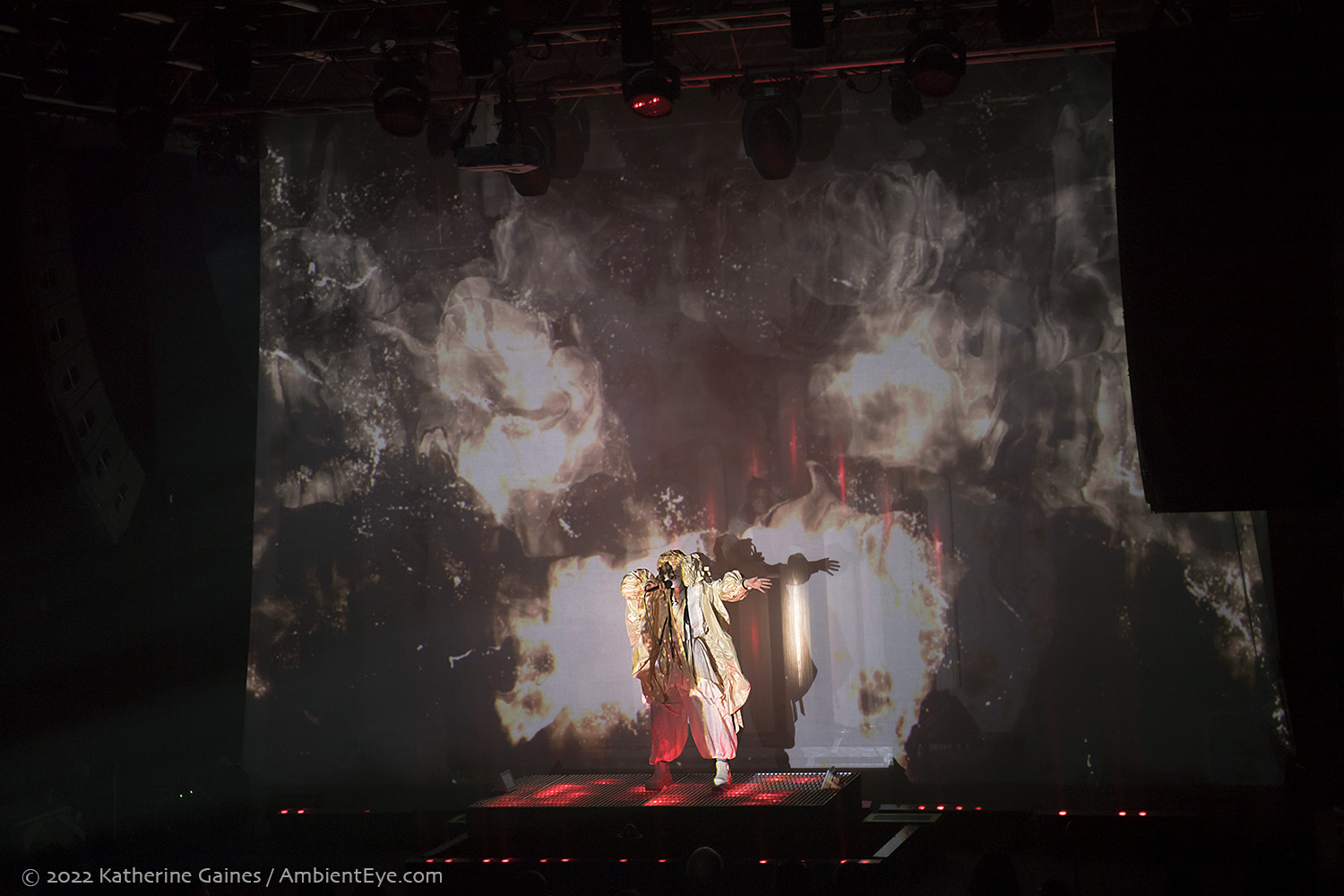