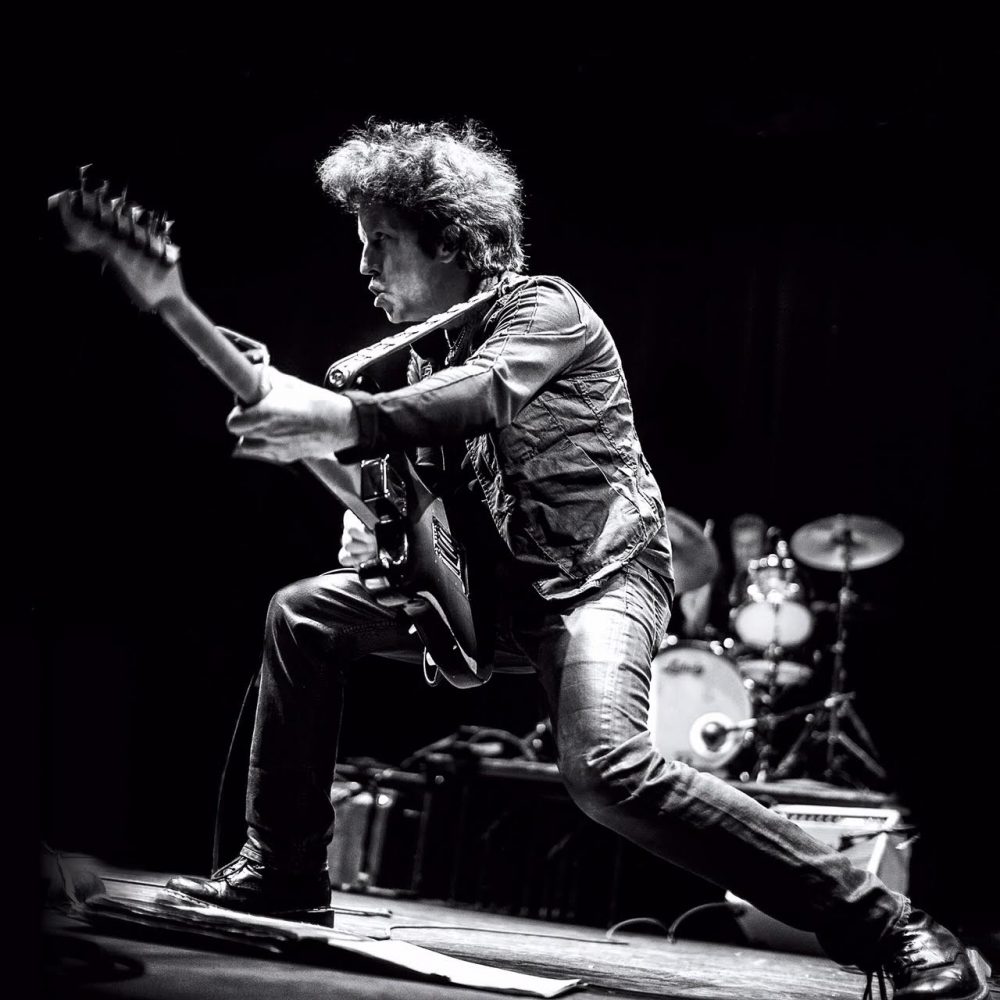 Midway through his set at The Hamilton Live recently, Willie Nile sat down and performed “The Crossing.” The song appears on the soundtrack of Martin Scorsese’s film Gangs of New York. As Willie explained, it’s “about the Irish crossing the ocean.”

When he was writing, he was “thinking about my own relatives” who came over from the Emerald Isle, settling in Buffalo, where he we would eventually grow up one of eight kids in a Catholic family. That Willie’s song would be chosen by Scorsese, who is known for making strong picks in rock tracks to set the mood for his movies, isn’t surprising: while he has he achieved limited commercial success, Nile is a critical darling who’s been at the center of the New York music scene for 50 years.

As part of that music scene, he’s been close with many of the major artists who’ve called the Big Apple home, like Lou Reed. “Lou Reed was a friend of mine,” he told the audience at The Hamilton Live on July 8. One does wonder, given Lou’s notoriously prickly and eccentric personality, exactly what a friendship with him was like, and similar questions might be asked about many of the personalities Willie has become close to; he seems to know all the characters. Willie recorded “Sweet Jane” as a tribute to his late friend, and, as he did in Friday’s set, he regularly plays it at his shows.

At the beginning of this article, I mentioned Willie being one of eight children, and Willie brought this up himself, saying “I have a big family. When we go on vacation, there’s about 105 people.” From this comment, he moved on to talking about his father, who is 104 years old, still goes to church every day, and does a holy hour. He asked if any knew what a holy hour is. After the show I said to him, “I’m Jewish, and not even observant, but I know exactly what a holy hour is: about 60 minutes.” Remarkably, his father still lives at home, and has all faculties, including a wicked sense of humor, exemplified by a barb he shot at him about his niece, Annie’s kid, being distracted by a bug when he was playing: “See, you’re playing second fiddle to a bug.” All this was prelude to “Asking Annie Out,” from his excellent album, Streets of New York, which he dedicated to that niece.

“Life on Bleecker Street” is another cut from Streets. It’s about the place where Willie lives, and he has lived there for a very long time. It’s a slice of life song, about the unique experience of living in America’s largest city. These themes are revisited on the two albums he released during the pandemic, 2020’s New York At Night and 2021’s The Day the Earth Stood Still. The title cut of the former was inspired by an experience one night of coming across a man in the subway who had covered himself in 2″ of whip cream all over his body, to which he could only say to himself, “New York at night!”

In May of 2020, Willie went to get to something out of his storage unit, which is near one of the tunnels leaving the city. Under normal conditions, traffic is heavy and moves slowly — very, very slowly. He went at Friday at about 6 o’clock, and it was deserted: he looked around it was open space in every day direction. It came to him, right then, “The Day The Earth Stood Still.” In the song, he riffs on the classic science-fiction film, including its famous line, “Klatu, verada, nikto.” (Word to the wise: if you want to check out this movie, I prefer the original from the ’50s, rather than the more recent remake. The effects aren’t as impressive, but it holds up as a window into the time and place, and it’s a stronger film.)

Watch the official music video for “The Day the Earth Stood Still” by Willie Nile on YouTube:

The set began with “Places I Have Never Been,” followed by “This Our Time.” Between songs, Willie mentioned that, whenever he plays The Hamilton Live, he walks over to the White House and thinks about Abraham Lincoln. He dedicated “Black Magic & White Lies” to the Supreme Court,” with the unspoken subtext being a not inconsiderable amount of venom being aimed in their general direction for their recent, highly controversial decisions, and the set continued with “The Innocent Ones.”

Willie has been recording albums longer than I’ve been alive; his first album came out a few months before I was born in 1980. One of the songs on his debut album, “Across The River,” was written in 1978. The evening’s set list also included “Heaven Help The Lonely,” “Children of Paradise,” “House of A Thousand Guitars” (not to be confused with the similarly-titled Springsteen song), and “Run Free.”

The audience got a special surprise when second-generation singer-songwriter Grace Pettis joined Willie and the band on set closer “One Guitar.” I’d noticed her entering the venue — it’s hard to miss her, as she has long, flaming red hair — and she looked familiar, but I didn’t quite recognize her. Grace came to DC to protest the Supreme Court’s recent decision in Dobbs that overturned Roe’s protection of abortion rights. As my friend Janet pointed out, she got a bit unlucky in that Saturday did not have the most hospitable weather for a protest.

For their encore, Willie and the band played two covers: The Rivieras’ “California Sun” and the Ramones’ “Sheena Is a Punk Rocker.” Afterward, there were many warm greetings; Willie’s fanbase may not be huge, but it is dedicated, and many of the folks at the show have been following him for a long time. They’ve gotten to know Willie and each other over the years, and these shows, in addition to having great music, are about bringing people together. In that way, Willie is very much his father’s son — music is his church, and we are all his congregation.