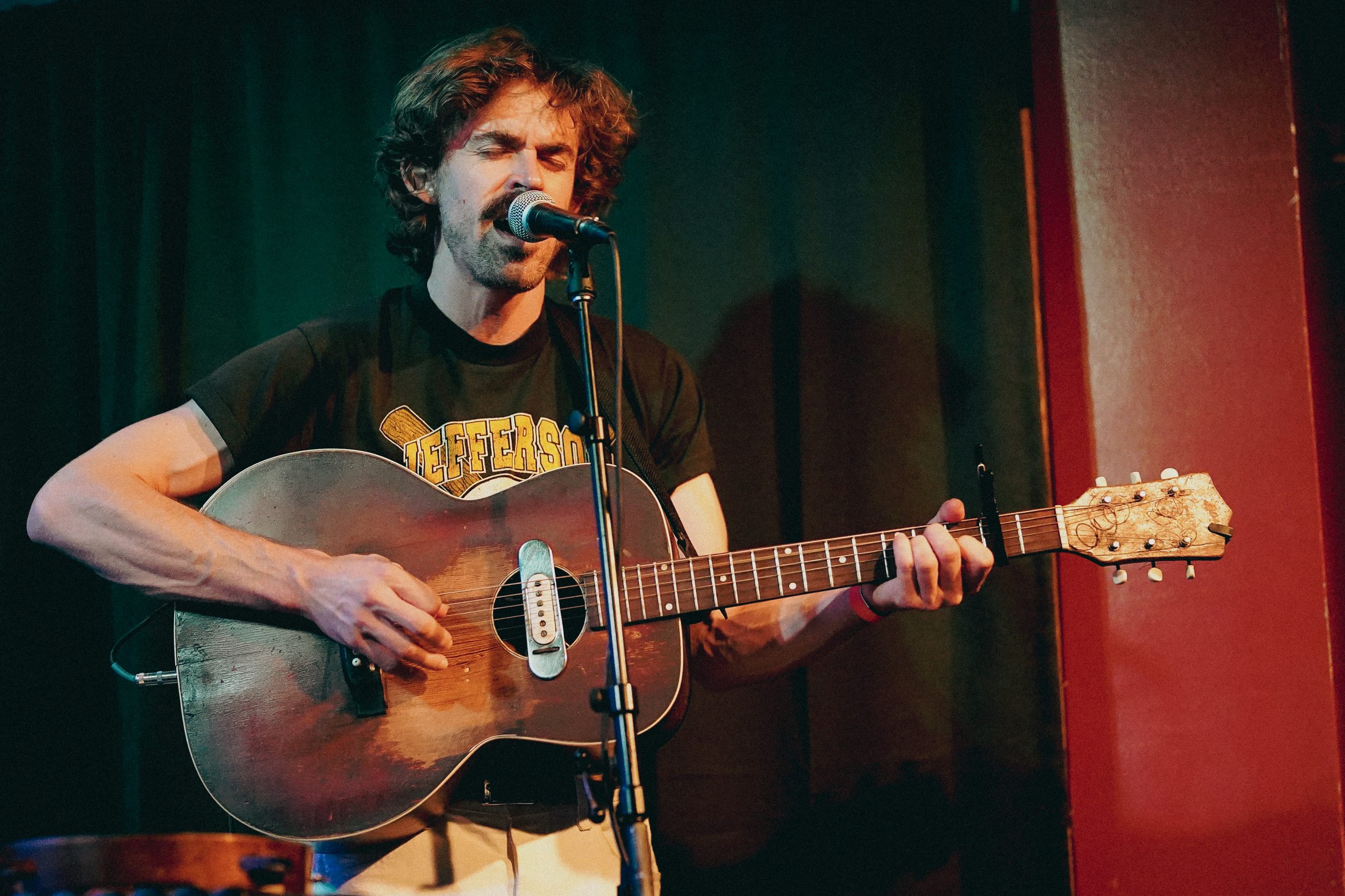 Sam Doores performs with The Deslondes at Metro Gallery in Baltimore on July 19, 2022. (Photo by Casey Vock)

A five-piece band from New Orleans: That’s about as far as one might get in solving the formula yielding The Deslondes, a group that got its start under a different identity in 2010 and in 2013 changed its name to one paying tribute to a street in the Lower Ninth Ward where the group originated.

And by blending their collective vision with allure and character, there’s no question that this group of pals and extraordinary songwriters is honing its own Big Easy neighborhood sound into some of the most intoxicating and mystifying music you might hear today.

At a stop at Metro Gallery in Baltimore on July 19, the cast of gifted instrumentalists, vocalists and storytellers showed that, despite barely being on the road together in recent years, their music is even more stirring and spell-binding when presented in an intimate live setting.

Led by the winsome, unpretentious duo of Sam Doores and Riley Downing, The Deslondes delivered a convincing set of the fascinating songs recorded on the band’s first two full-length albums as well as batch played mostly in tracklist order from the latest, Ways & Means, released only a few weeks ago on New West Records.

While the new record, which includes numerous notable guest singers, feels like a gift to patient fans of The Deslondes who’ve waited for a drop since 2017, recent years saw the first releases from Mashed Potato Records, a project Doores helped launch out of living rooms and vans.

More recently, both Doores and Downing released their first solo projects, and both of those albums gave promise for whatever might be ahead for this rugged bunch when it did finally regroup in the studio.

And so, a steaming hot night in Baltimore began with “Good to Go,” the opening track from the new record, and it gently strolled along an organ introduction before bursting with its deliberately sulking strut and giving way to Downing’s striking growl.

As in many of The Deslondes tracks, the ensemble sings as one but there’s no denying the power in Riley’s baritone, even when its used in such charming fashion and with just the slightest smirk on his face. The Missouri native stood tall in the shadowy center stage, a brown Royals hat showing his homeland pride, and he’d be the source of much of the night’s entertaining commentary.

Listen to Riley Downing’s 2021 solo premiere, Start It Over, via Spotify:

But the night’s opening song wasted no time in also introducing the dark room to the talents of the stoic John James Tourville, a vitalizing electric and pedal steel guitarist and a fiddler and songwriter as well. His solos were symphonically thrilling, in some cases unforeseen, providing wild, momentary egress and then a seamless return to the barren, pendulous blues sounds that have fueled this band since its inception as The Tumbleweeds.

“Five Year Plan” saw Doores at his microphone and positioned behind his Fender Rhodes and floating above calculated chords and the crash of Cameron Snyder’s drums. With bright, curious eyes and his spiritual assurance, Sam led this elegant and dreamy march, ascending his voice and oscillating the nostalgic lyrics before delightfully suspending the song’s forward-looking chorus:

“Well I’m all grown up, but I feel like a kid / I want an Abba-Zabba and a Mr. Pibb / I want a tax return and a souvenir / I want some time to burn and an ice cold beer / I got a storage unit that’s full of dreams … and I could be a better man, yes I can.”

The title track off the new release, the grooving “Ways and Means” was led by the band’s bassist Dan Cutler, an underappreciated, under the radar songwriter who, like Snyder, has been in The Deslondes since the beginning. Dan shined all night long at stage right, steadfast, playful, adding emotional kick with his backup vocals.

Watch the official music video for “Good to Go” from The Deslondes’ 2022 album Ways & Means via the band’s YouTube channel:

On this particular song — which on the album version features the one and only Margo Price — Cutler artfully projected his laid-back inflection to set the tone, a relatable workingman’s groove and one given extra style with Sam using an organ effect and an unusual adornment from the collection of guitars on stage.

“South Dakota Wild One” filled the room like an ominous cloud: Downing pulled up a harmonica to generate the forlorn winds that seemed to blow right off the plains, and his voice was at its widest and perhaps most admonishing for this piece, another that manifested as cinematic and otherworldly within Metro Gallery.

And with “Consider Me,” the band turned the dial again to different voice and breed of song, and this undeniably sweet composition seemed to perfectly capture the demeanor of this pack of likable humans.

“We got an oldie for ya,” Downing said, with noted exaggeration. “You know you’re getting old when you call your songs oldies.”

Though it’s really not that old, the track “Throw Another Cap in the Fire” is one that seemed from another time and place — rather, it’s a standout from Downing’s and Doores’ first album with The Tumbleweeds, 2012’s Holy Cross. Downing’s accent stretched in magnificent fashion, and when angled just slightly somber, each of his words seemed to carry a lifetime’s worth of pain and longing:

“Bourbon won’t you hold my soul line sunshine / Fire won’t you dance with me all night / And gravity do best to just let me go / Well you can keep on holding me down / But you can never hold me tight.”

Standing up to grab his own electric guitar, Doores pulled another track that might be considered a Deslondes favorite — “Same Blood as Mine,” an old-time jam from the band’s self-titled 2015 release. Here, Doores, Downing and the crew wove their pitch to create the hooking rhythm and celebratory next-of-kin vibe that comes through on the recording.

“This is our fifth show together in five years,” Downing told the crowd. “So, we’re just mulling around up here.”

But they could have fooled anyone, as their sound and presentation was polished and convincing, even therapeutic, like a boozy drink you didn’t know you could use. And speaking of therapy, there was a dog in the venue, even on the stage for much of the gig, as Tourville brought his trusted canine companion on this tour.

“Can we hear it for Lefty?” Sam asked the room, and, of course, Lefty got his moment of glory before situating himself on the side steps for most of the show.

Fans heard an invigorating take on “Howl at the Moon,” a Doores-led track from the new record, as well as an unforgettable take on “Muddy Water” along with the hilarious story behind the song recorded to the band’s second album, Hurry Home, and Tourville sitting down to impress on the pedal steel.

“This is a song off the new album — we all kind of write and sings songs,” Downing said. “But this one’s by our lead instrumentalist, John James Tourville.” Doores added to the praise, saying the respected player, “travels with the most gear, is responsible for the most gear and knows how to play the most gear.”

And Downing’s voice was remarkable for a warming take on “Home Again,” another lasting recording from Ways & Means, and then again on the fascinating kitchen fantasy “Yum Yum.”

Tourville amazed again on “Tomorrow Morning,” electrifying the meandering and provocative piece with a towering blast that came out of the back corner.

However, activity on the stage was indeed made a bit more complicated, as a few nights earlier a fan had — without the band’s permission — grabbed the setlist from the stage and made off with it. It was the only copy, making it a crucial document. The band repeatedly joked that it had thrown a major wrench into their plans for the tour, which would include a stop at the Newport Folk Festival just a few days later.

Standing to address the audience again, Sam introduced one of the band’s most beloved songs, “Heavenly Home” from the self-titled album.

“For me these last few years, the feeling of home hasn’t been inside of a house — it’s been a person,” said Sam, who’s life was changed when he read a book by the great Woodie Guthrie. “That’s what this song is about.”

After a soothing take on “Sweet Release,” pandemic elixir that showcased the confident vocal range of this lovably lonesome posse, Downing couldn’t help himself.

“I’d like the sweet release of going and getting that setlist back,” he feigned desperation, playing it right up. “We’re just kind of going through the motions. Every day’s been a little harder on stage since we lost that setlist.”

“Now we know what it’s like to sing the blues,” Sam added.

“We got them setlist blues,” Downing seemed to conclude. “I forgot what it was like to be in a band. These little problems.”

The marvelous entertainer he is, he’d bring it up again with wit on the fly as he tuned his acoustic: “Without a setlist, this is the first time we’ve talked to each other in five years. I wanted to say to the guy, ‘hey gimme your address,’ say I’m gonna send him something else, and then go in there and TAKE IT.”

Those in the room were all about it, and the set would close out with another standout from Ways & Means, “Hero,” before a cover that most certainly spoke to one of the band’s major influences, J.J. Cale’s “Drifter’s Wife.”

Though enigmatic for much of its existence, and especially through the pandemic years, The Deslondes are unquestionably one of the most intriguing and enduring outfits in all of roots music today, a group whose timeless recordings continue to grow in popularity along with its network.

And, as they demonstrated in Baltimore last week, the appealing and distinct personalities of the men fronting this group make it an absolute joy to behold in the flesh, under the lights.

Here are images of The Deslondes performing at Metro Gallery in Baltimore on July 19, 2022. All photos copyright and courtesy of Casey Vock. 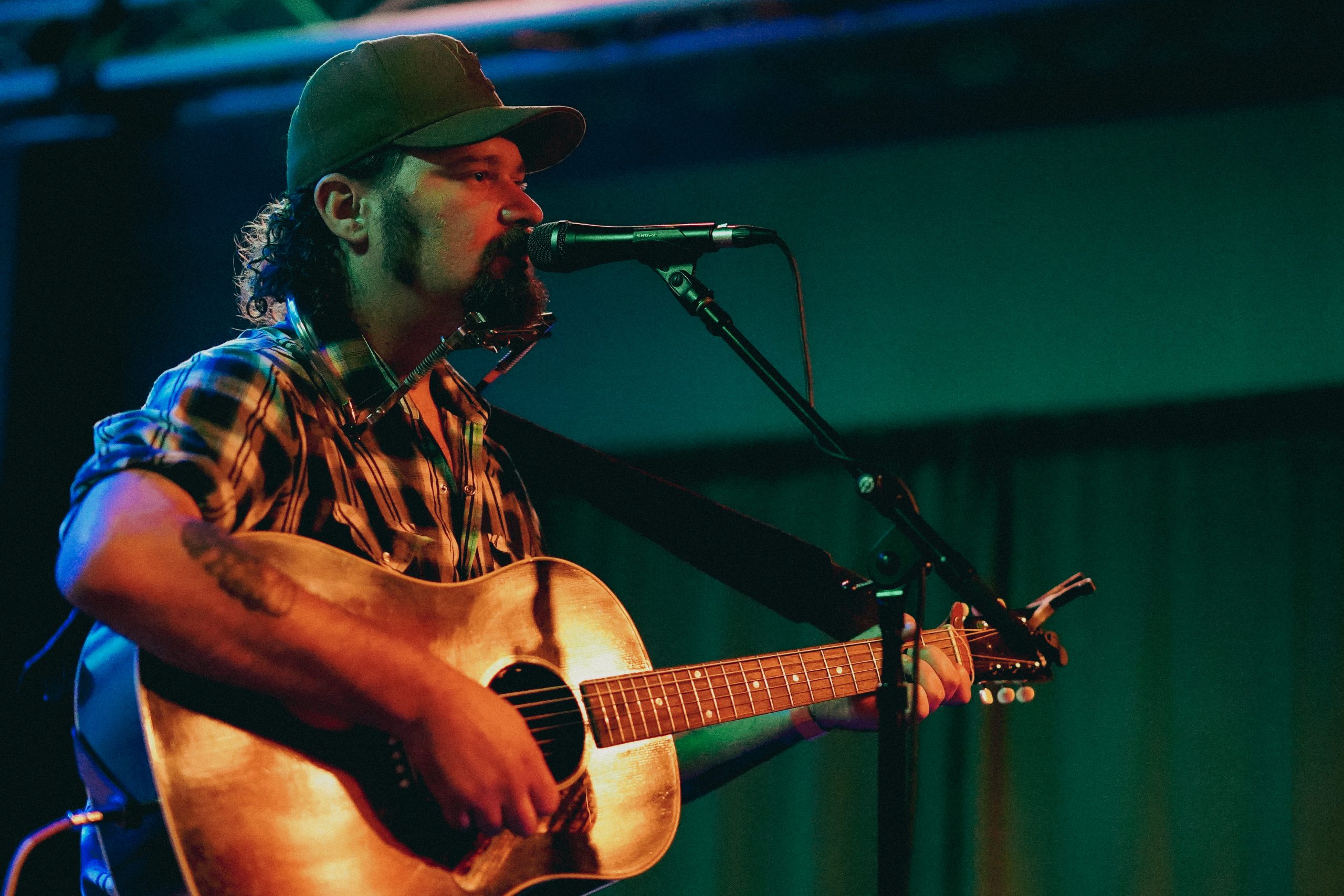 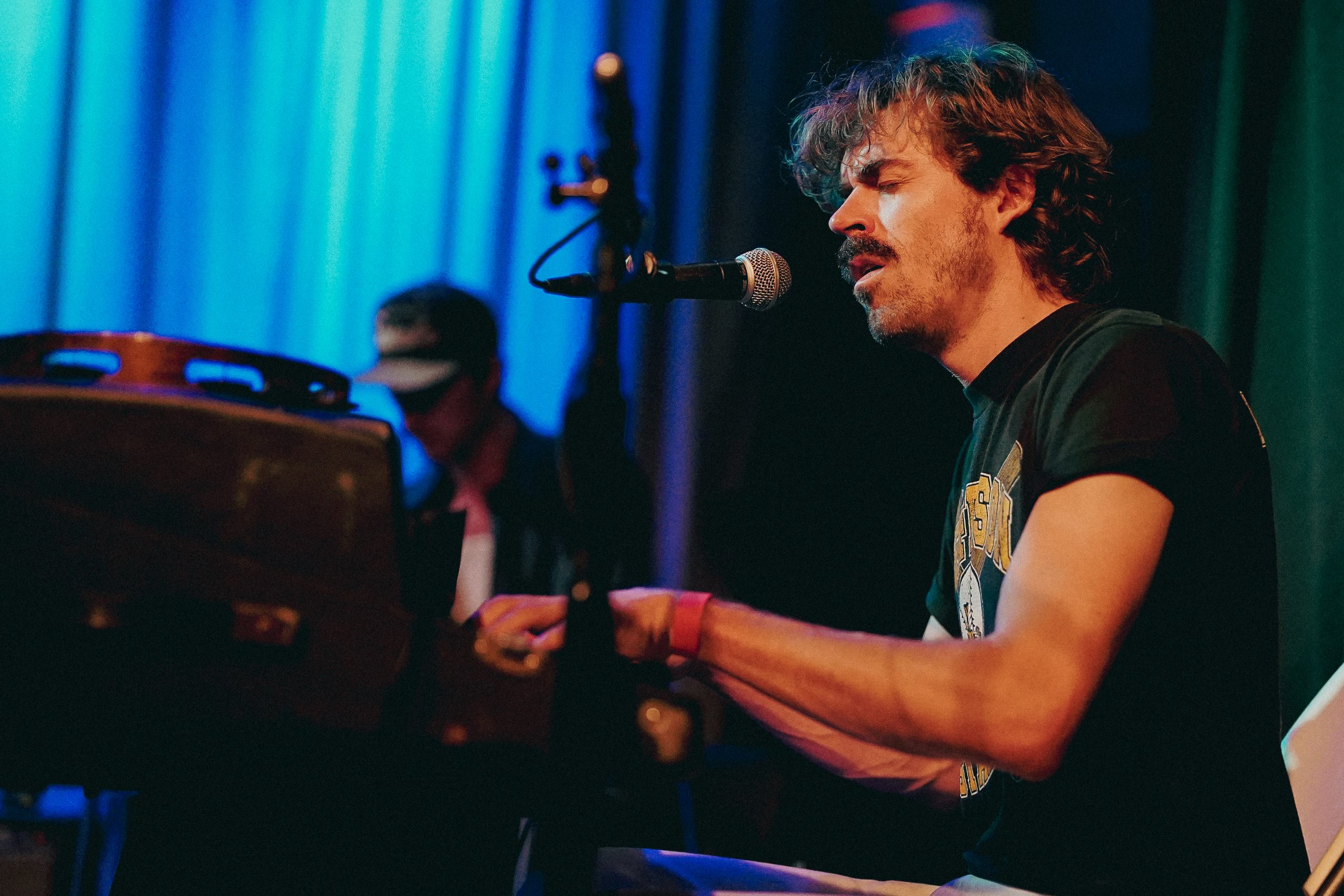 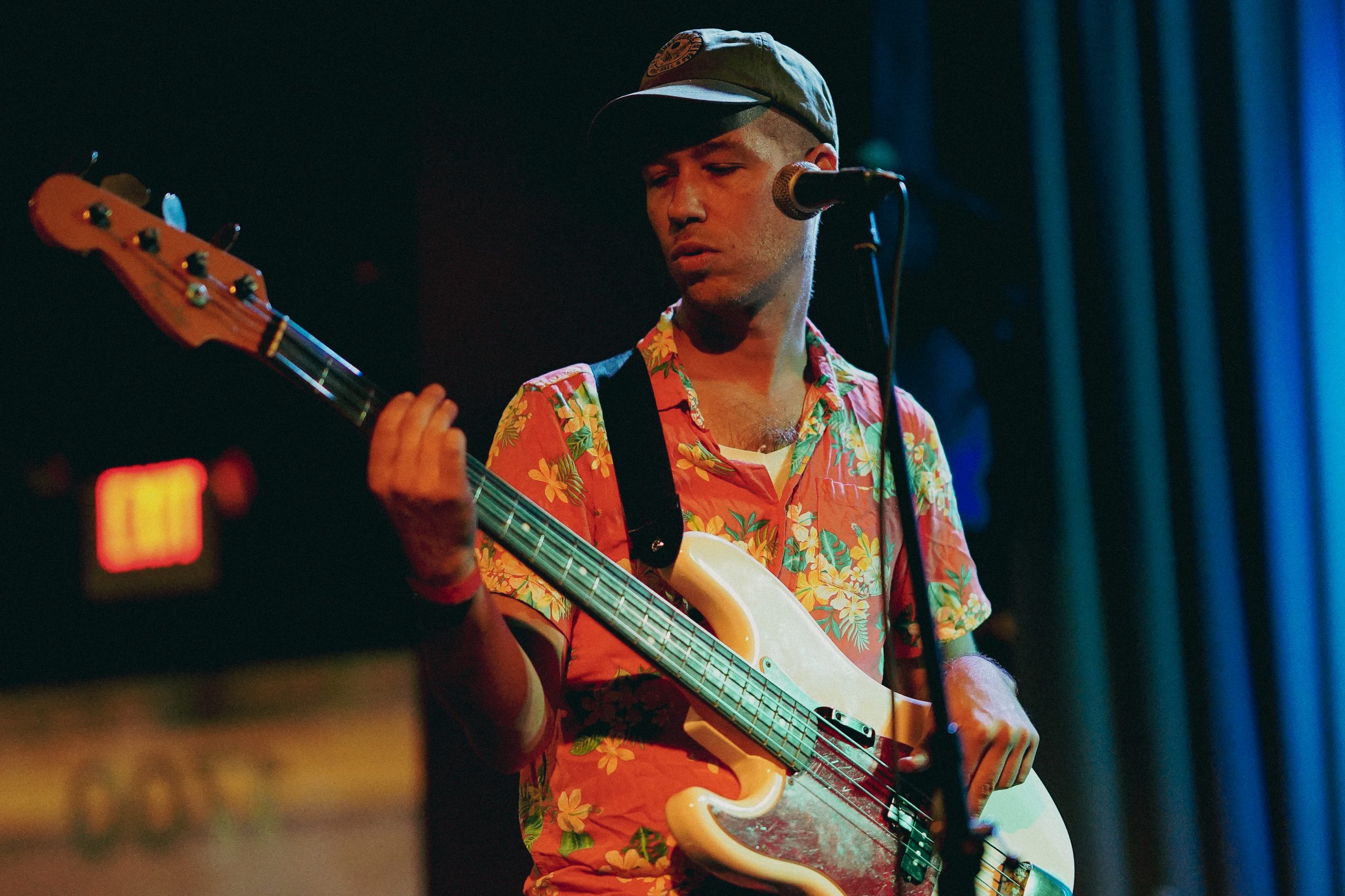 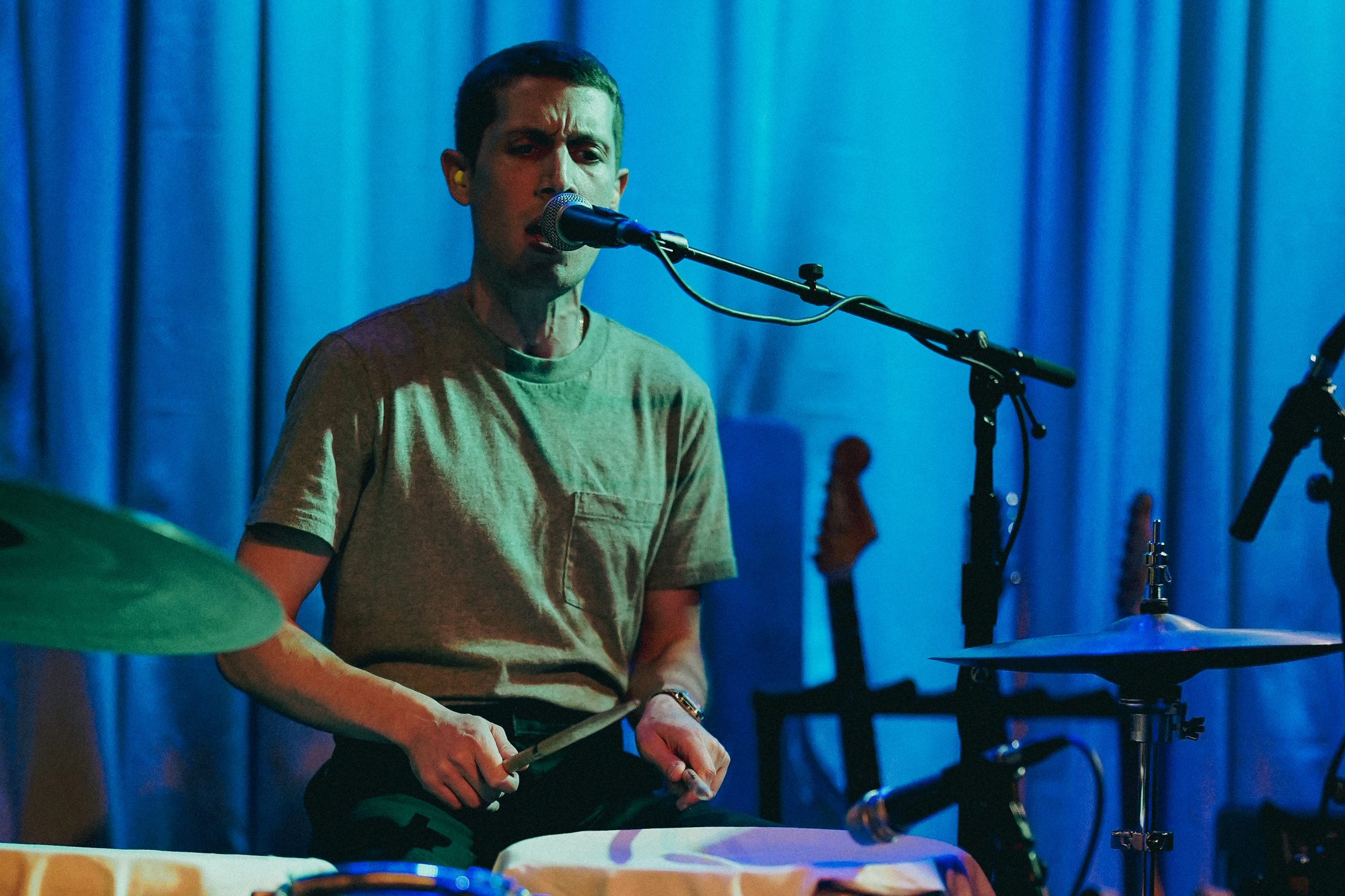 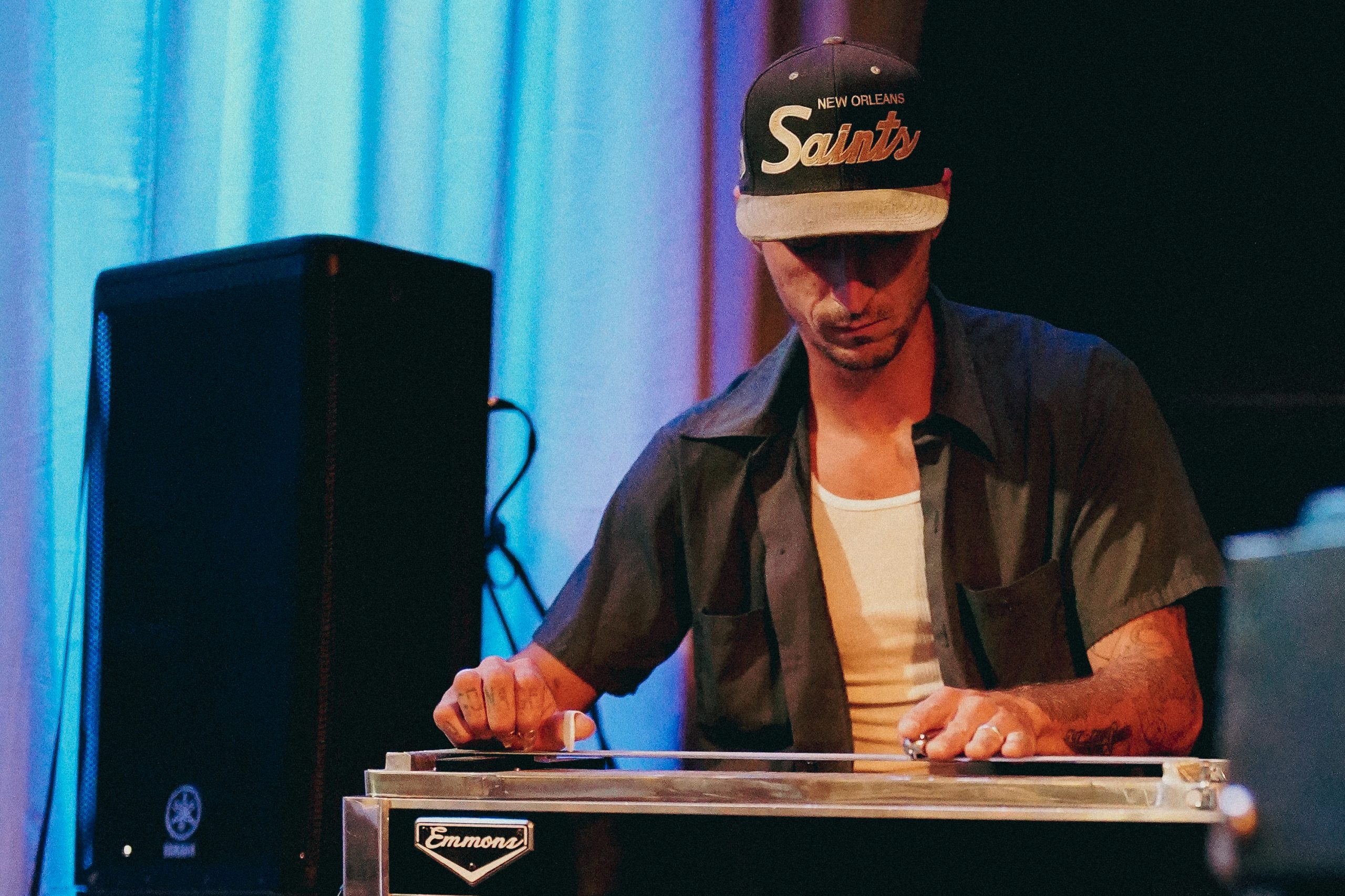 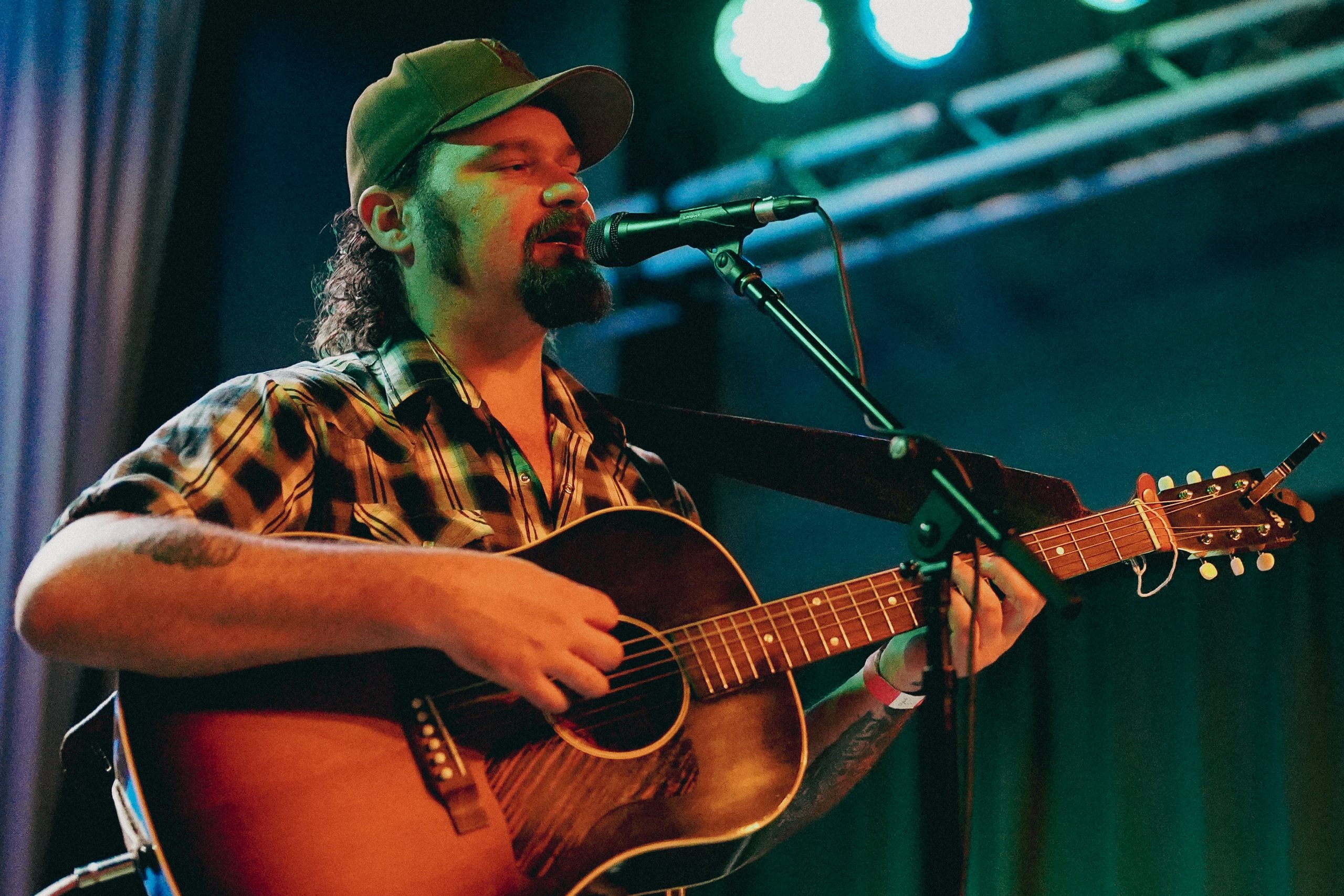 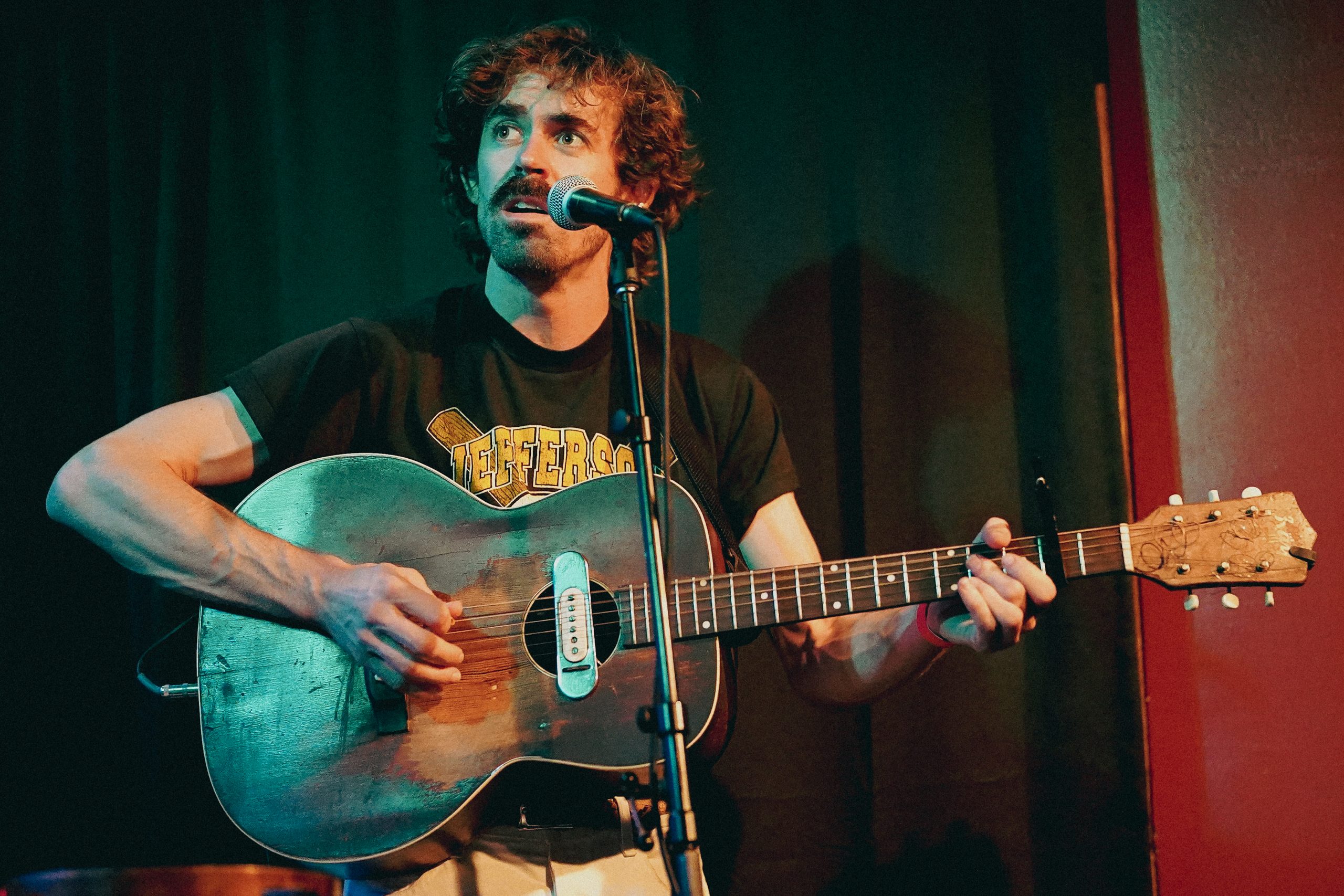 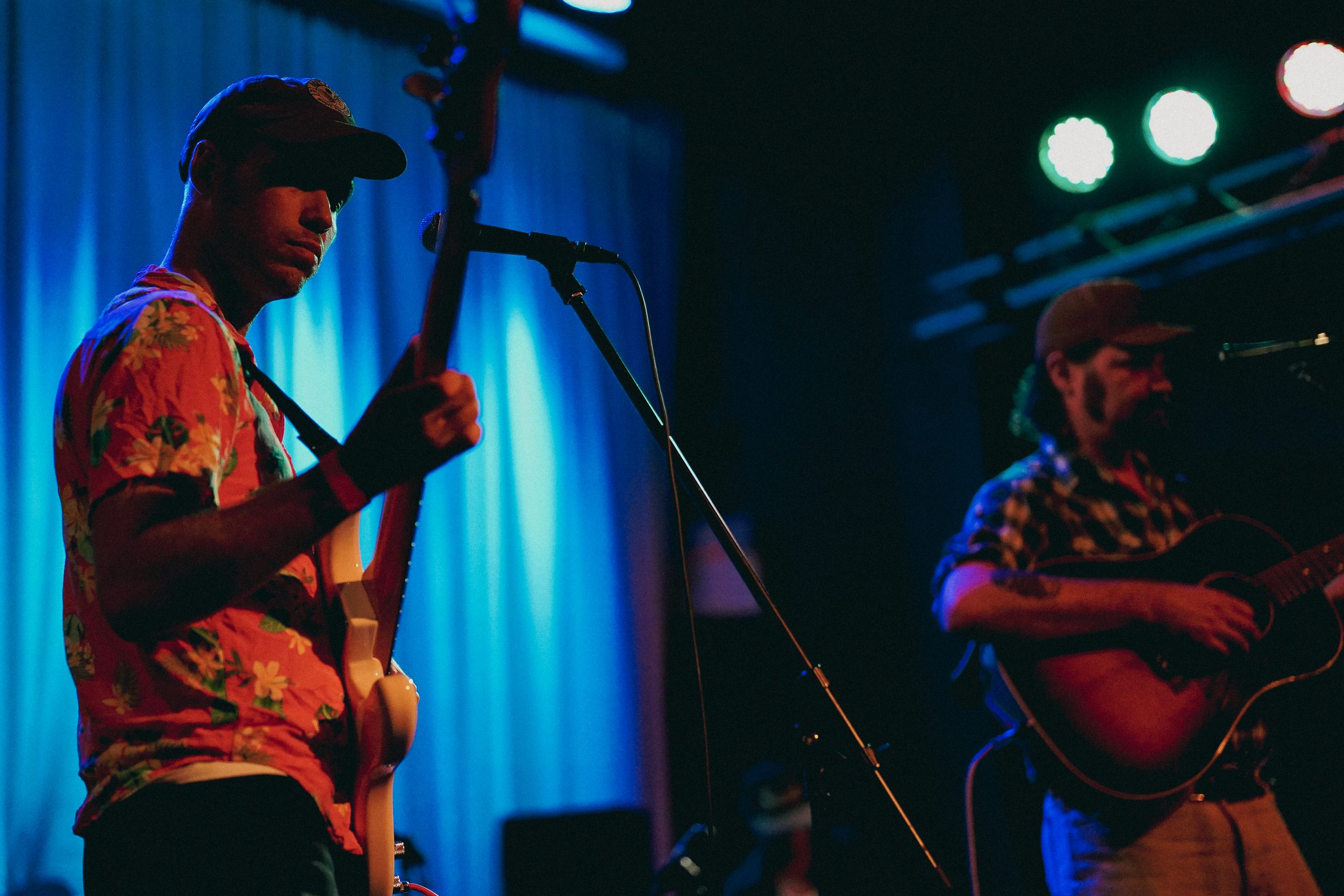 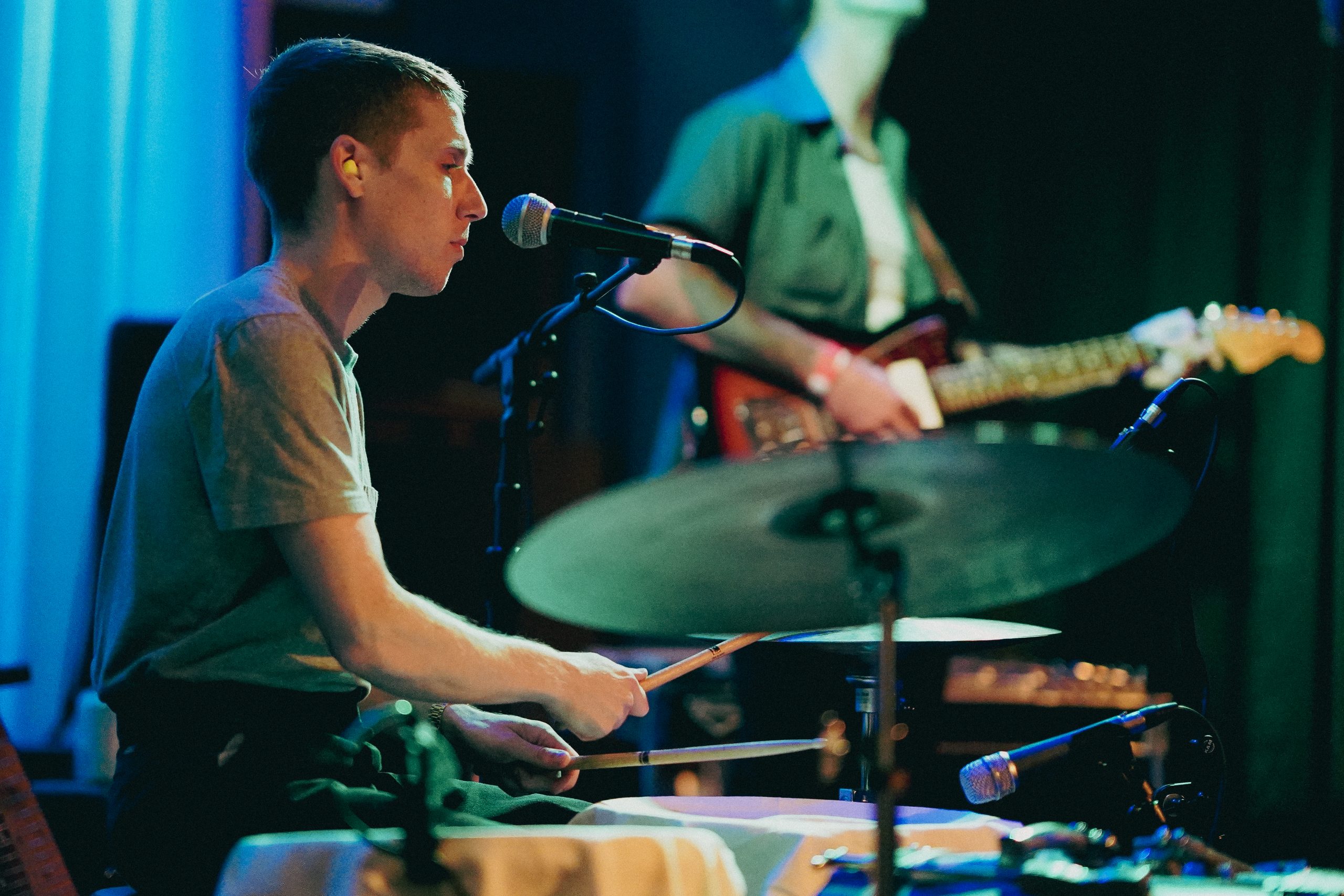 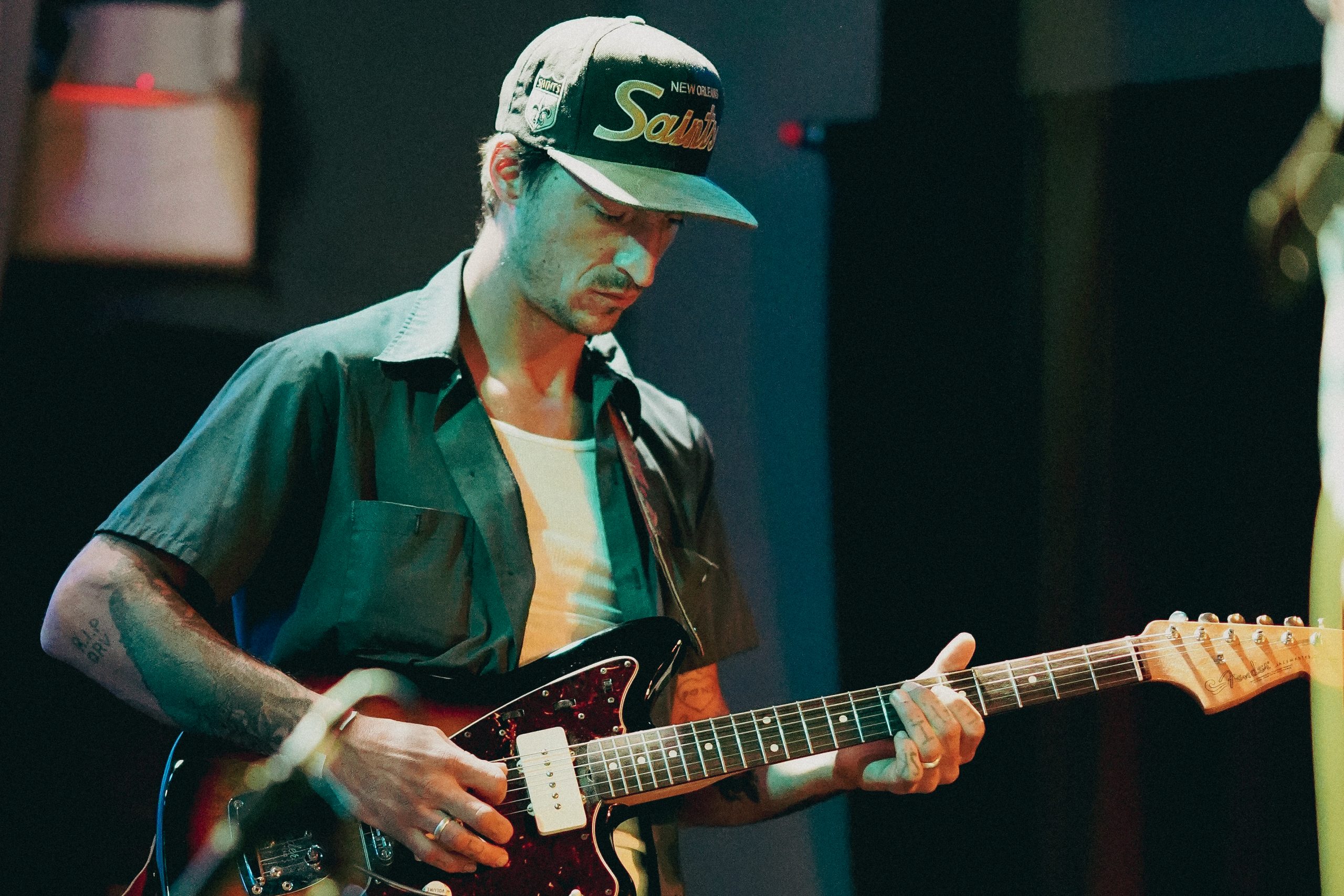 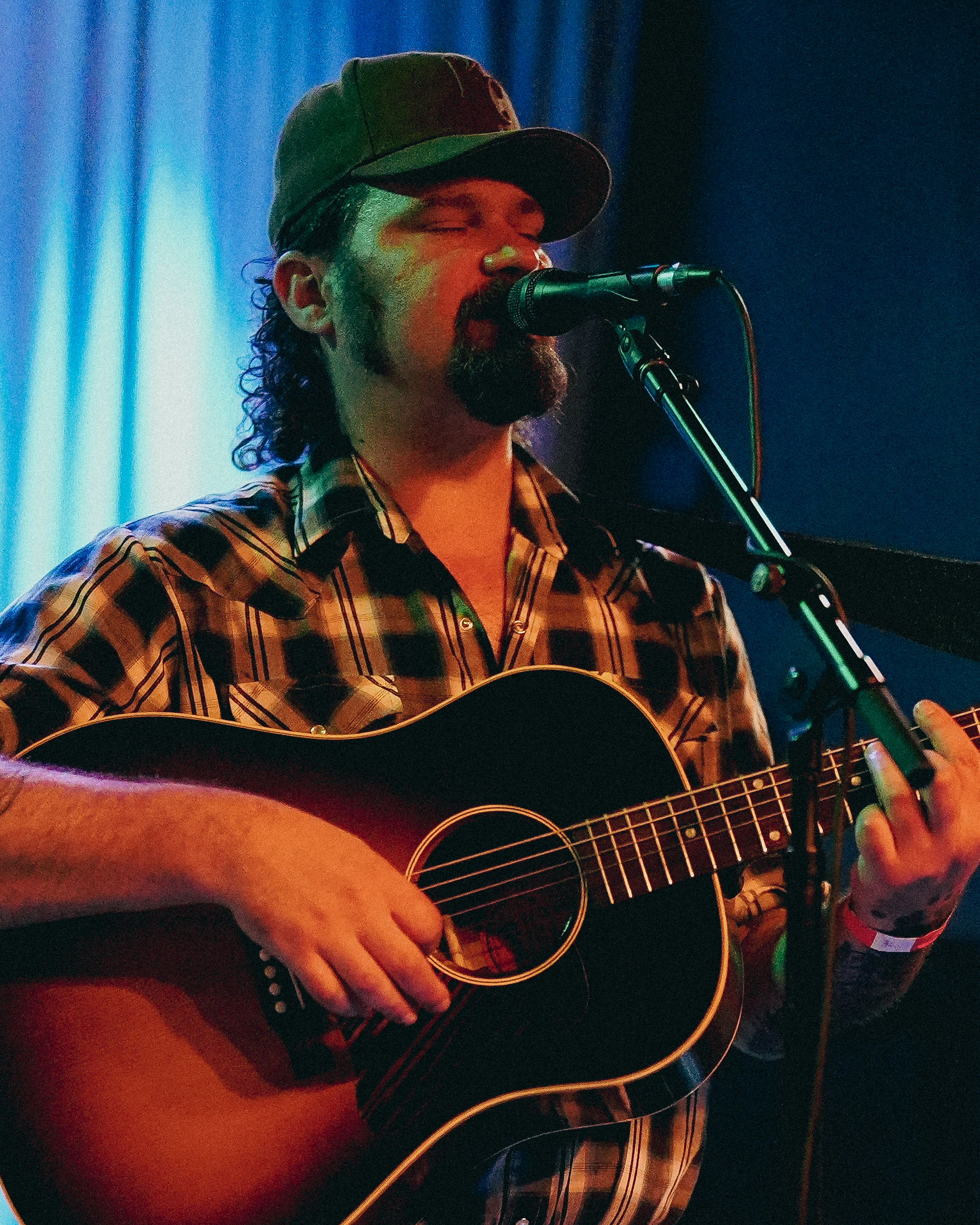 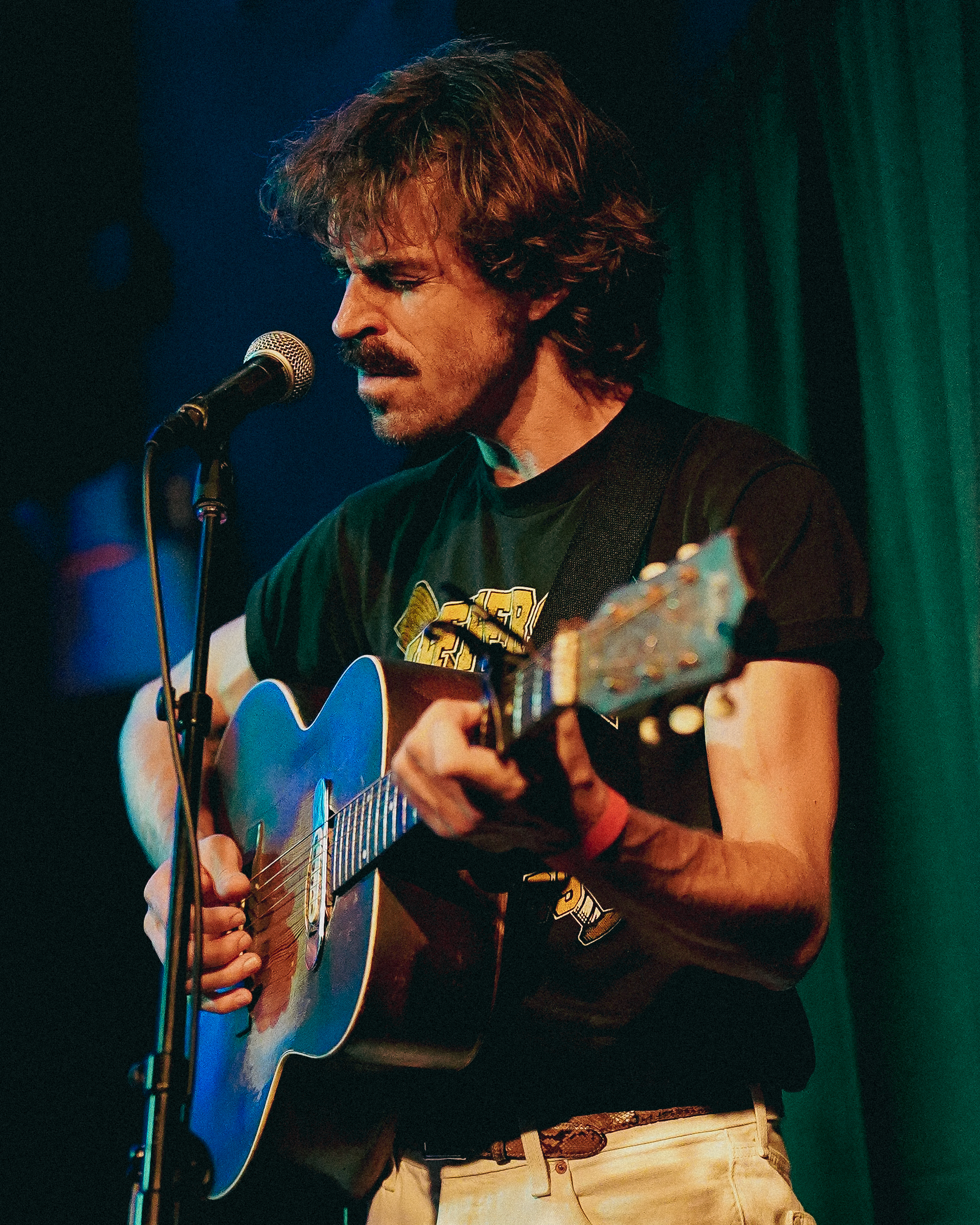 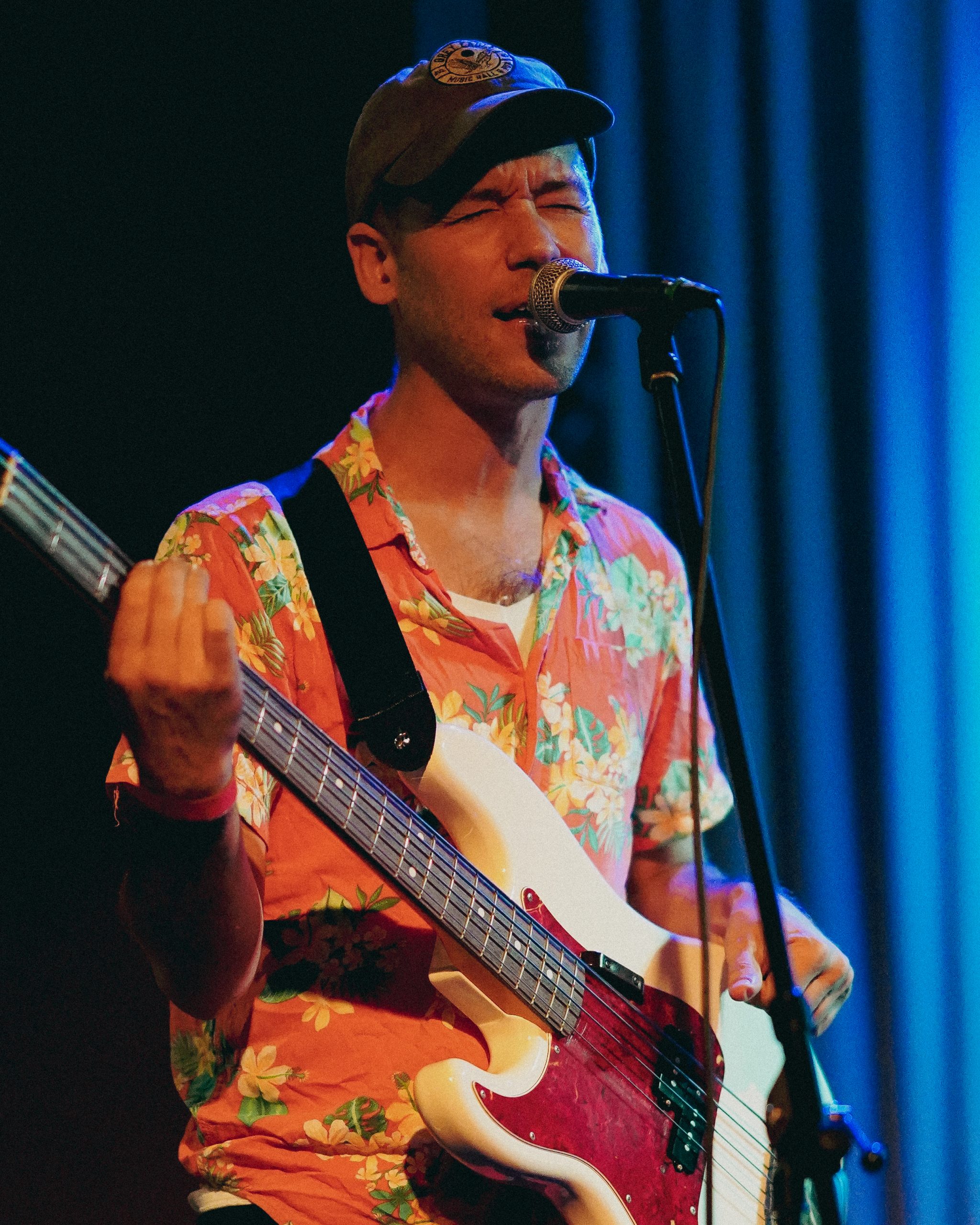 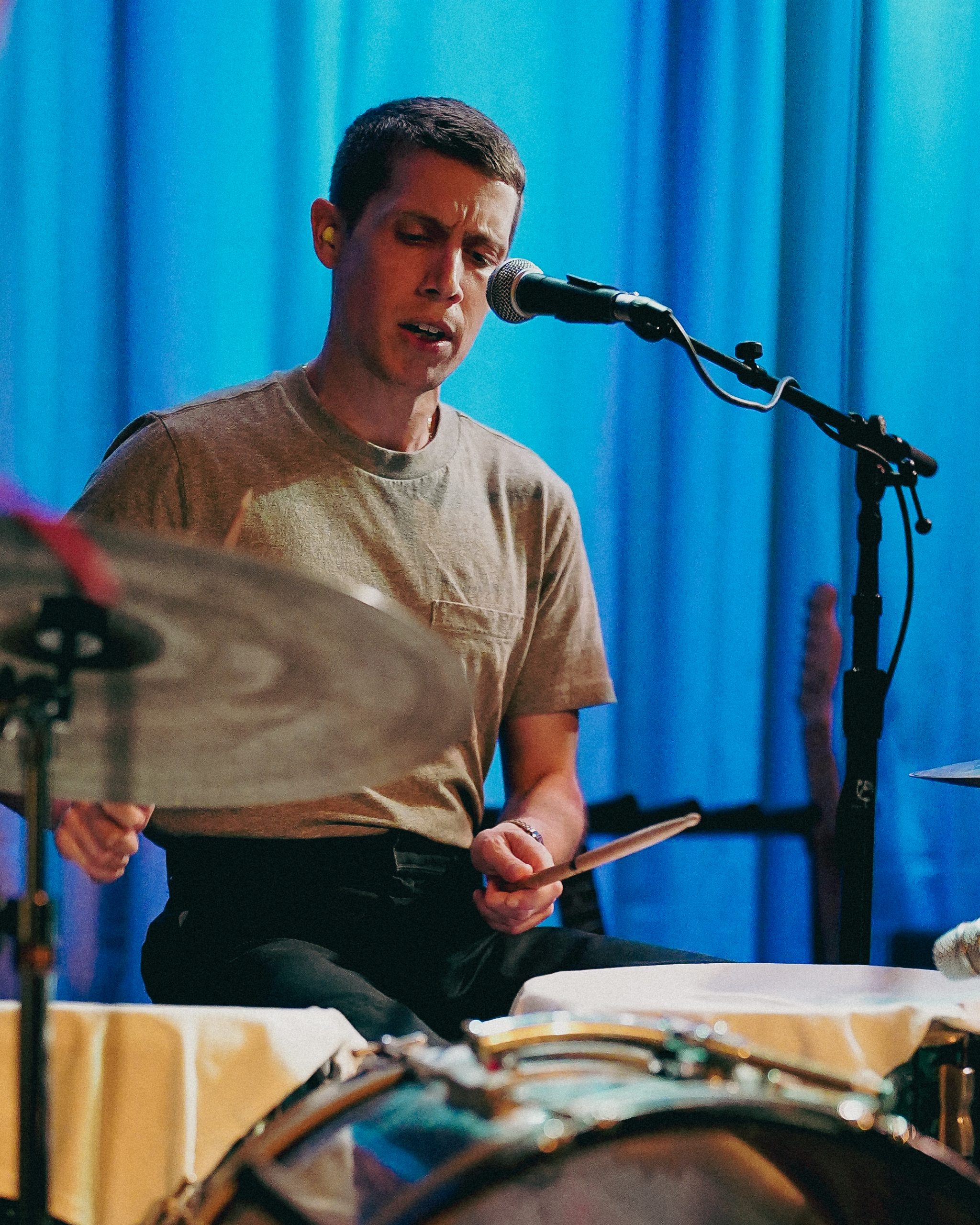 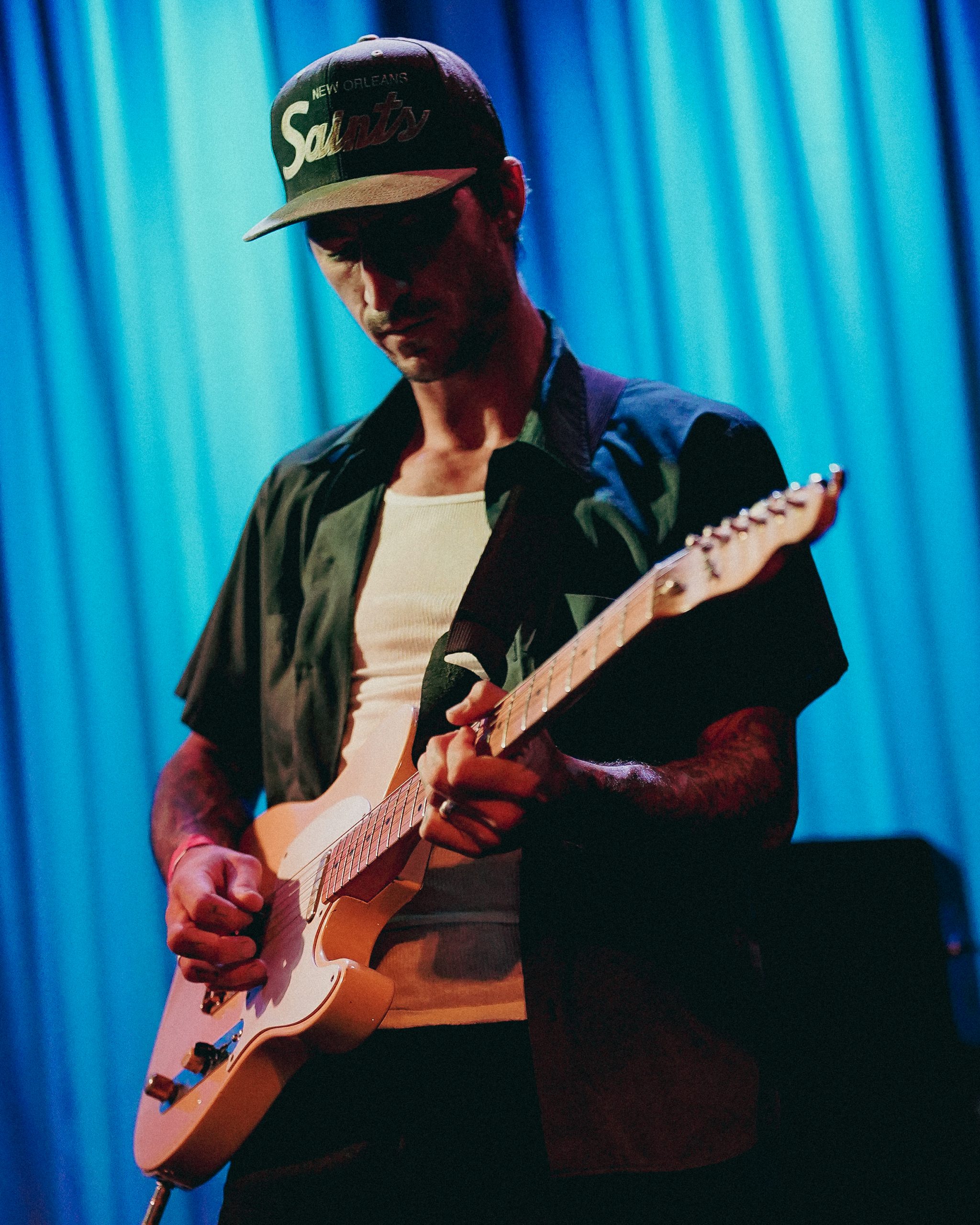 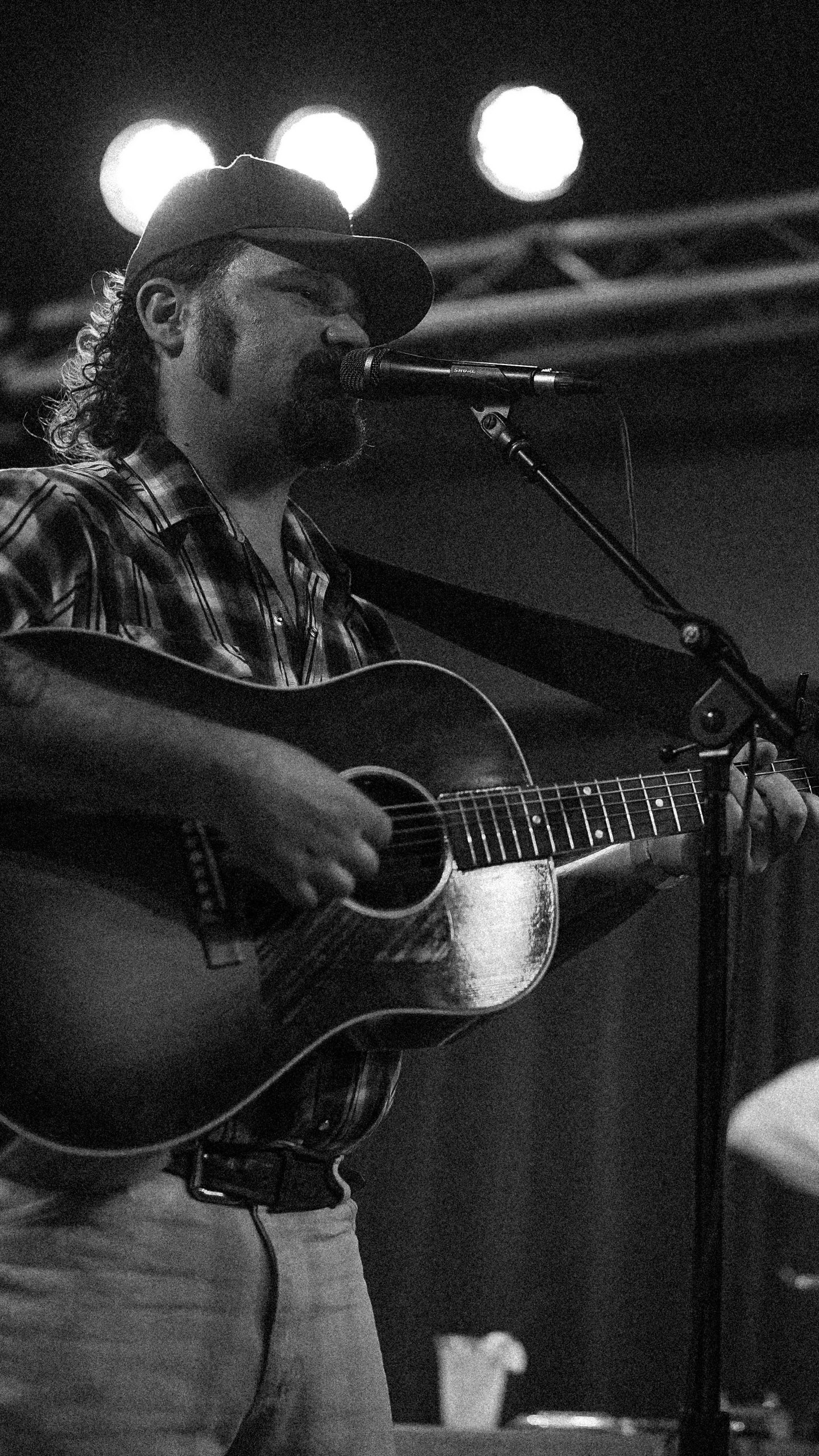 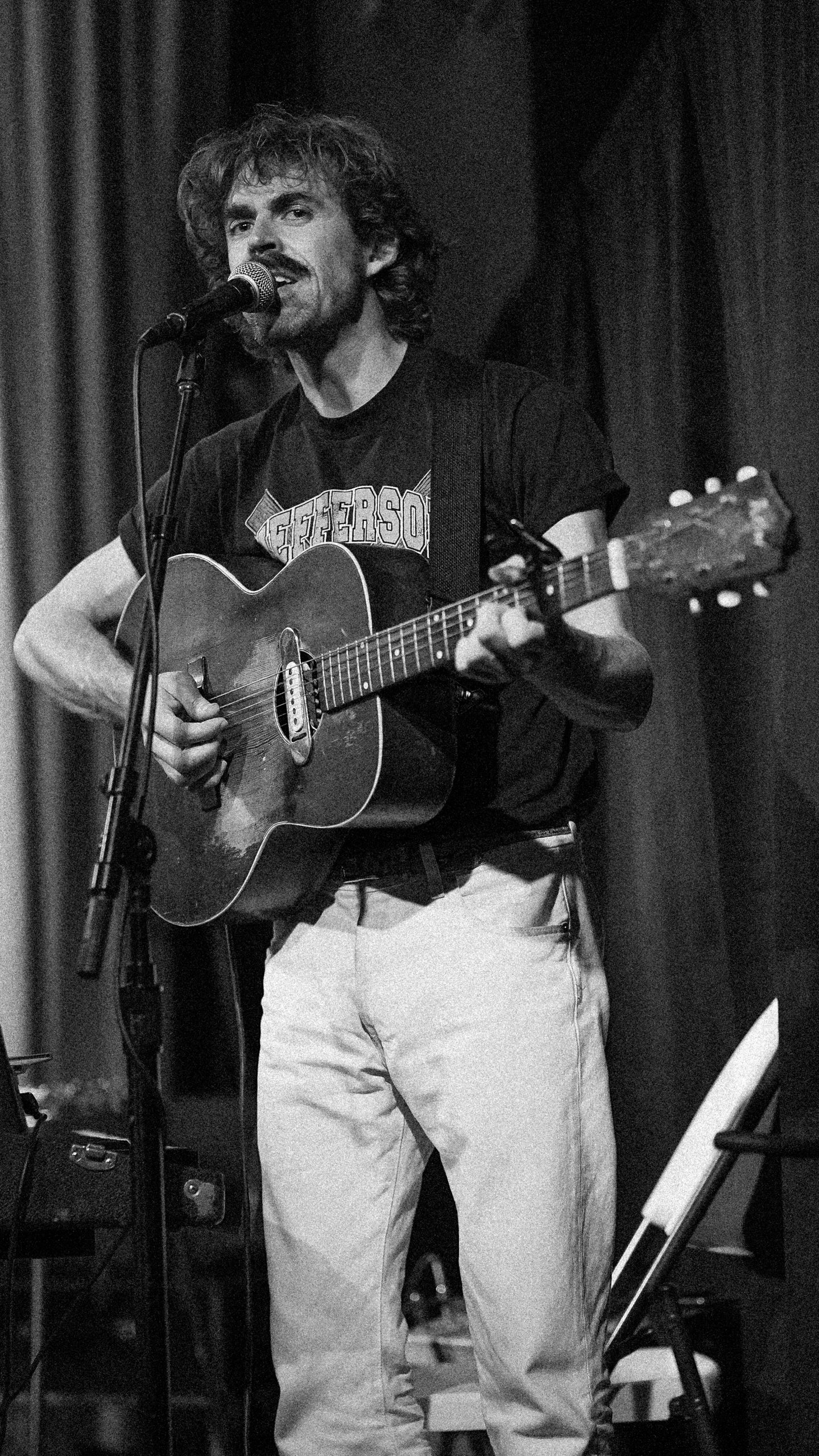 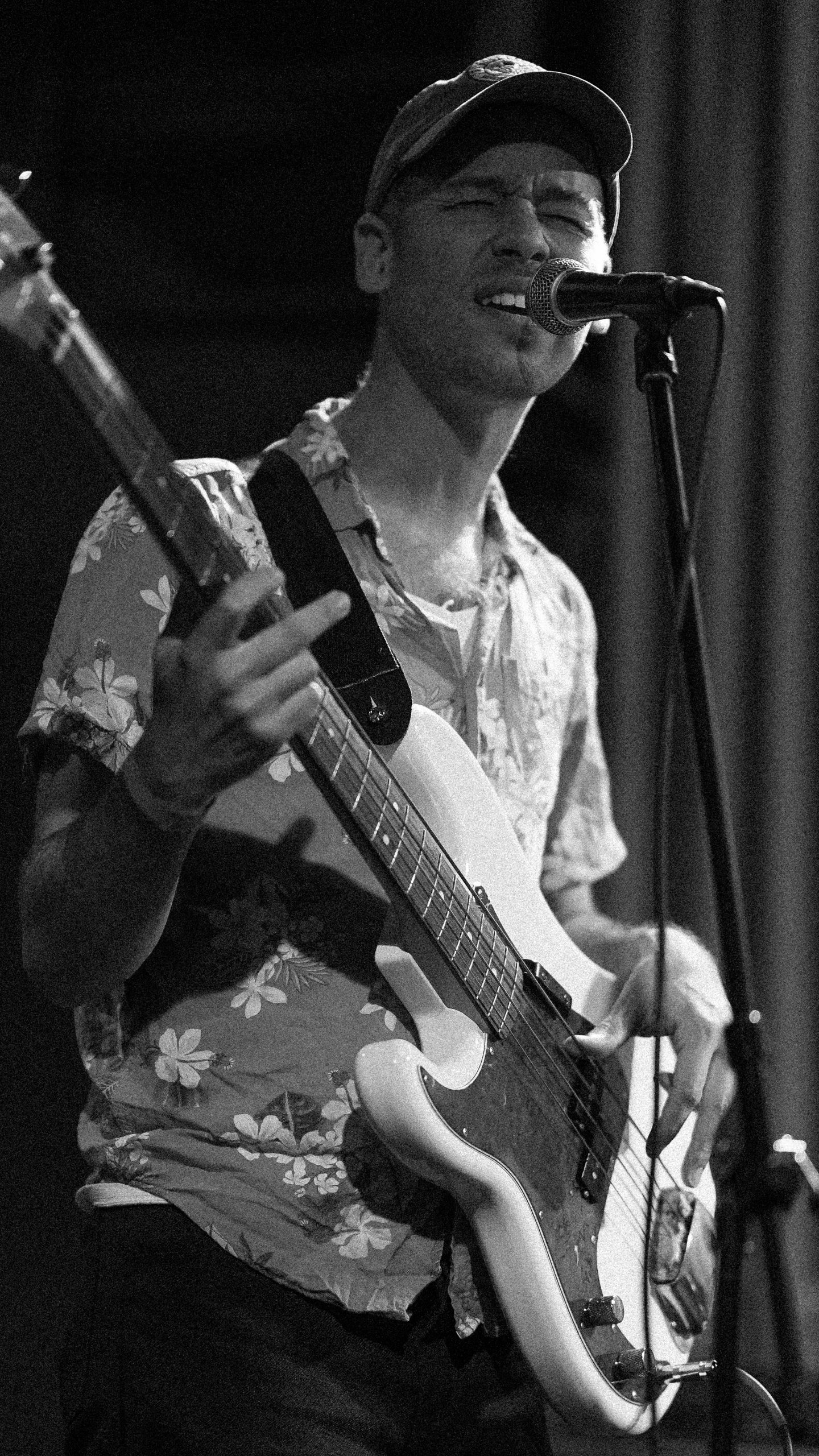 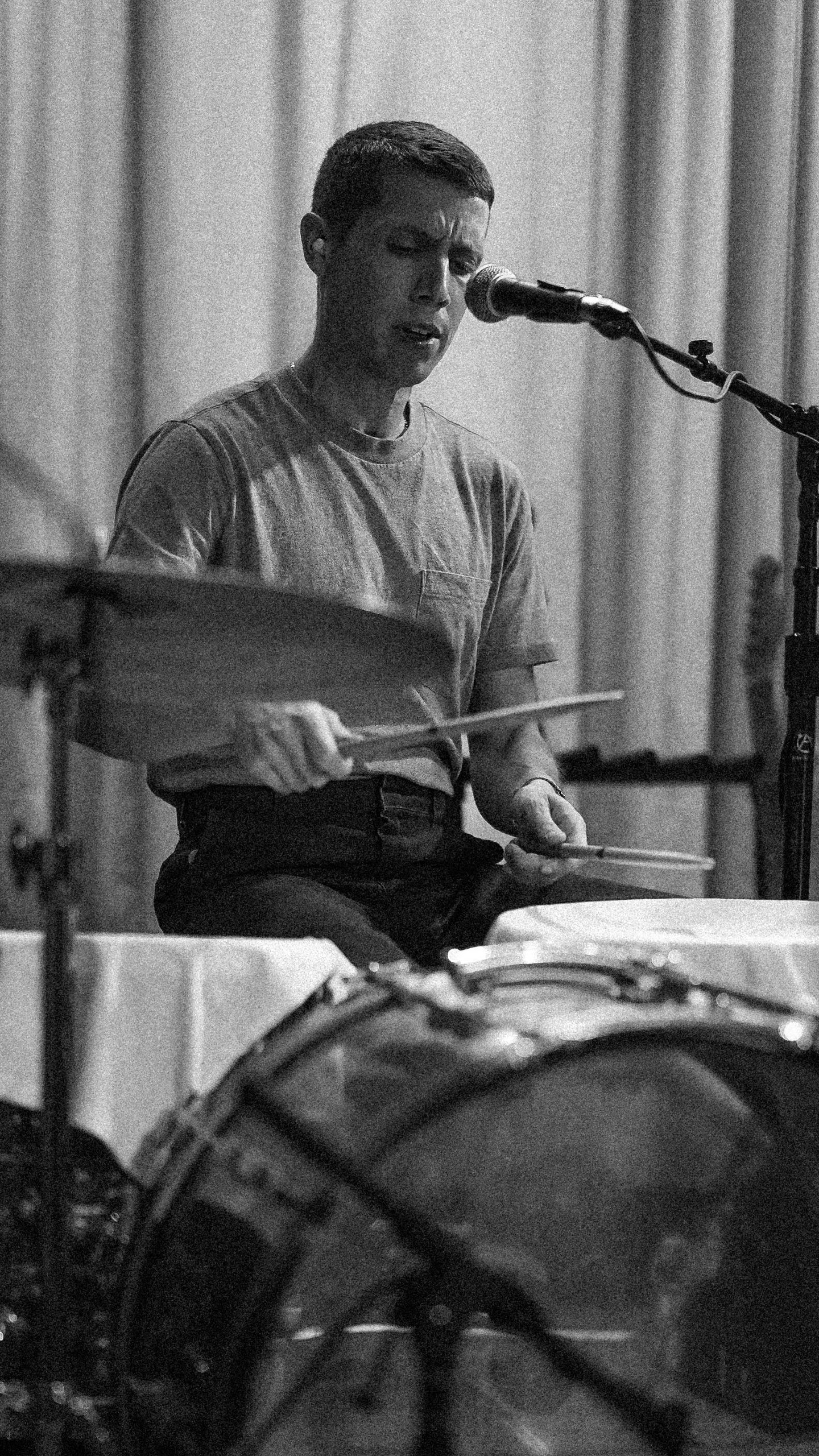 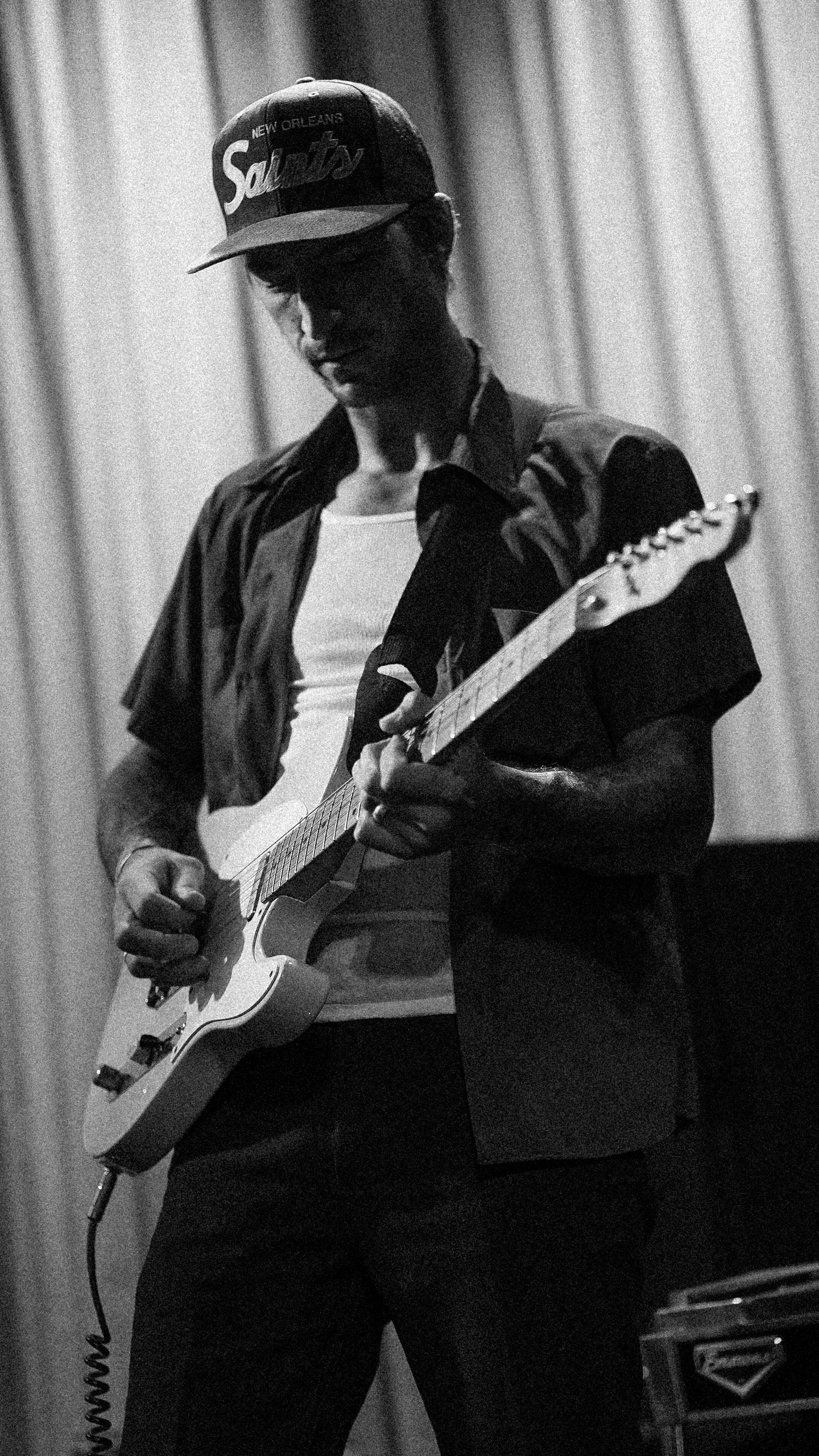 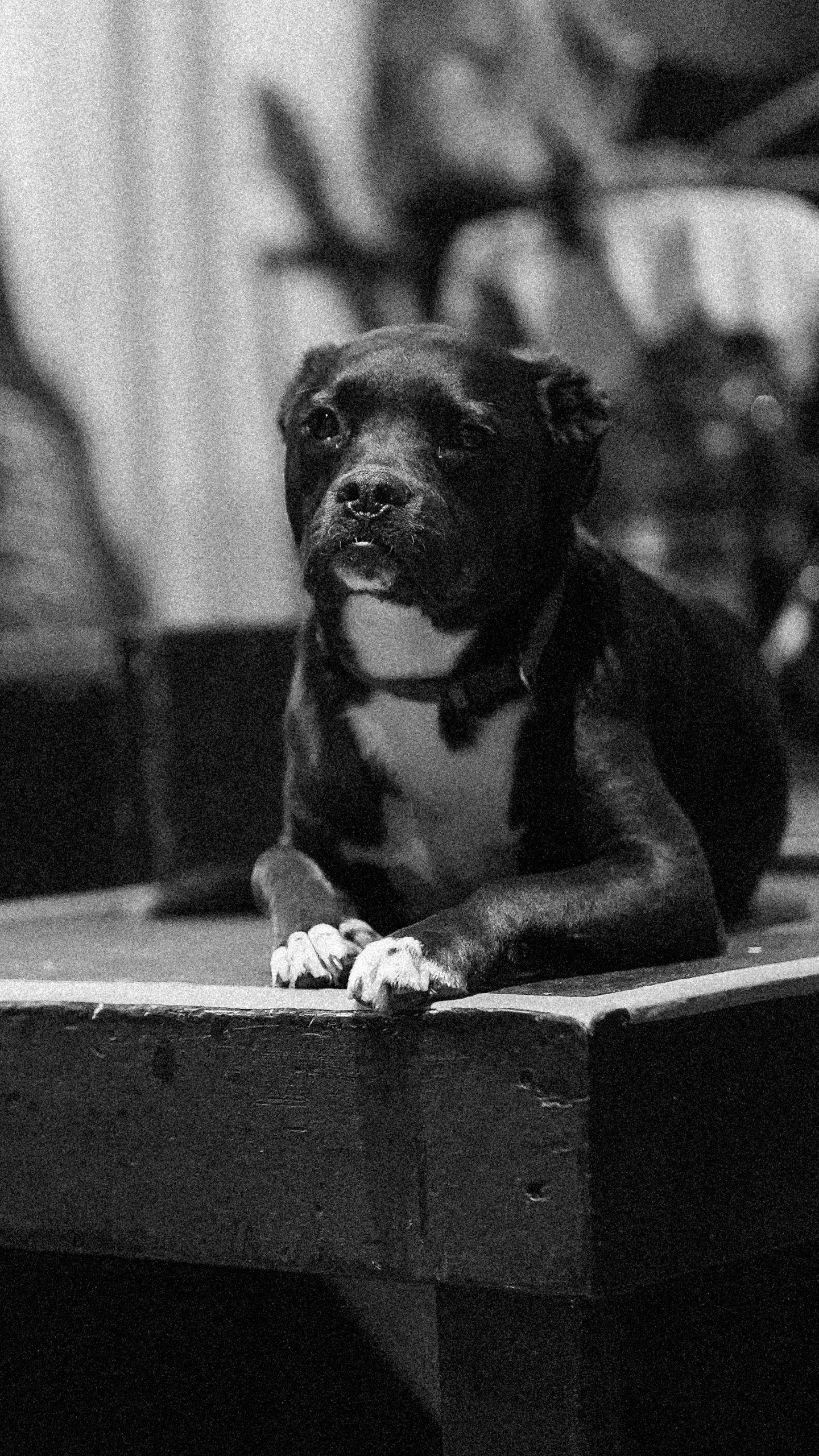 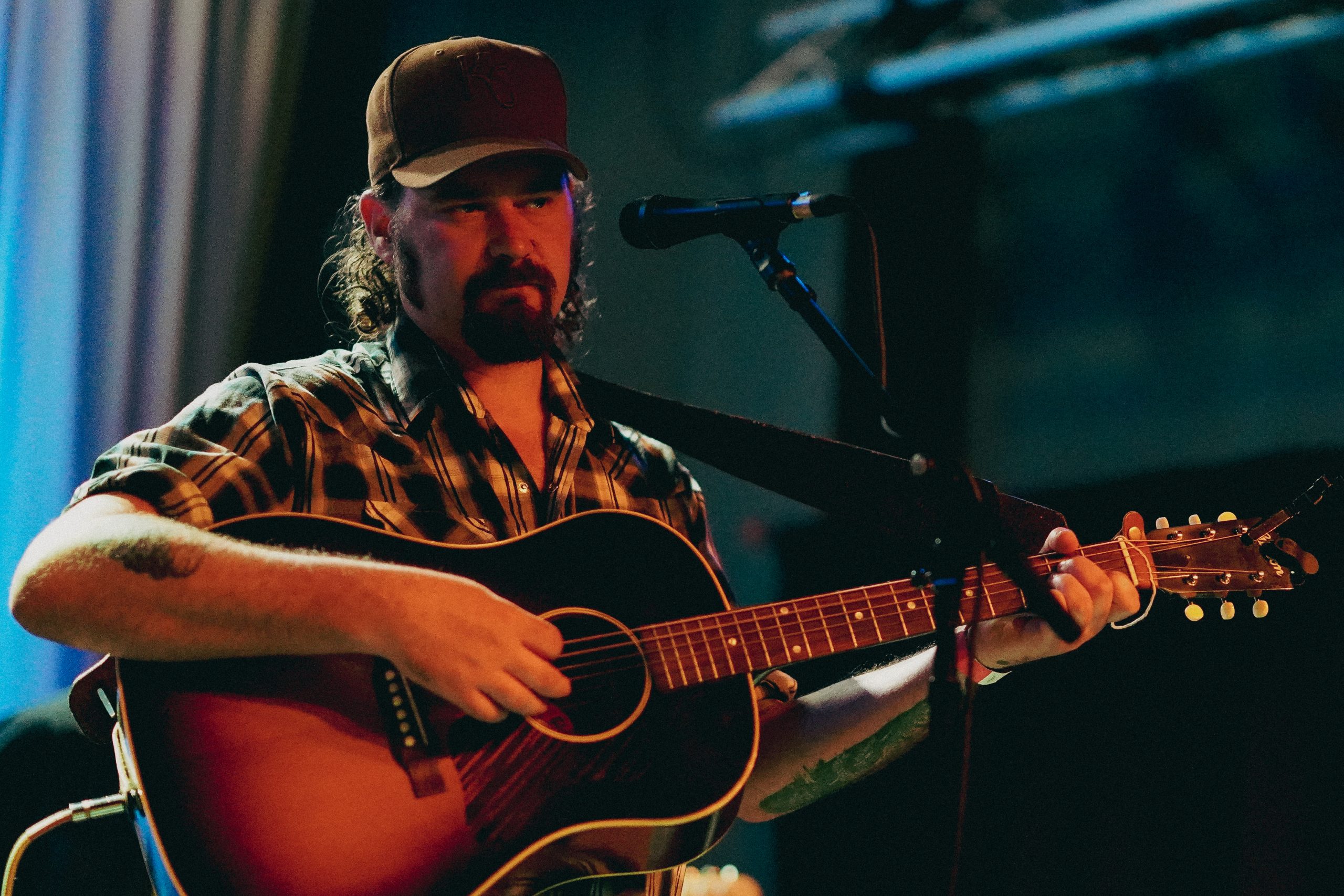 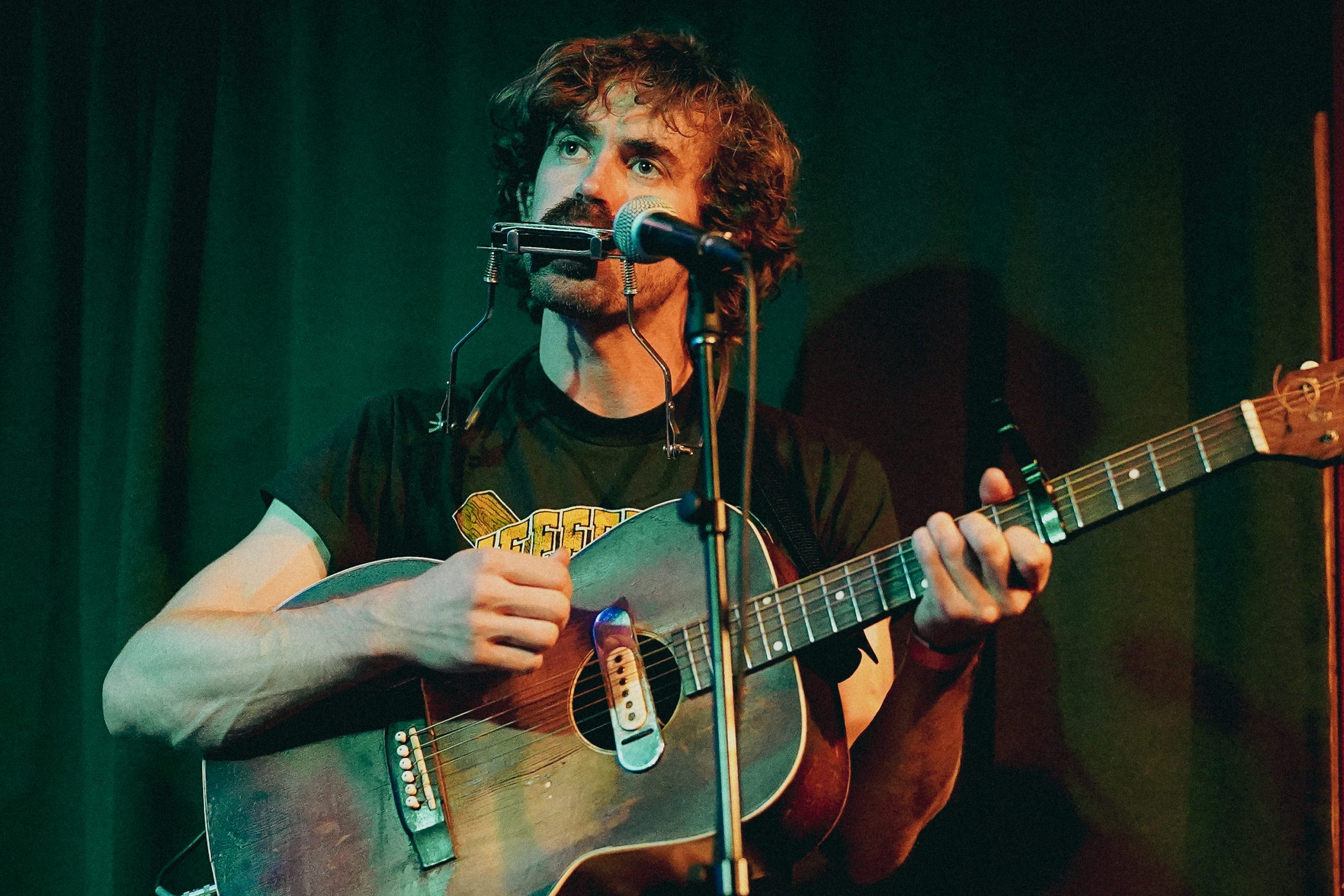 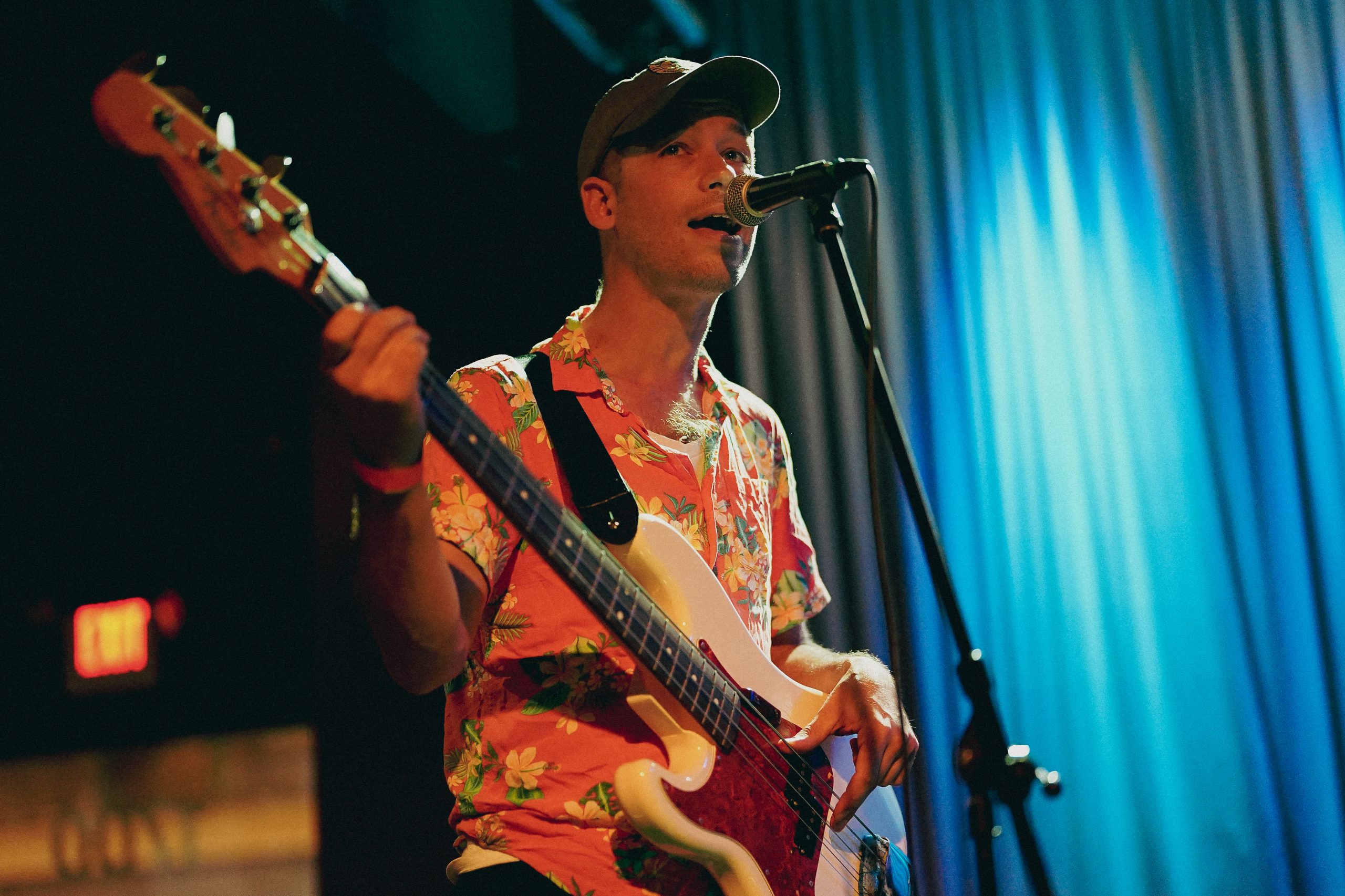 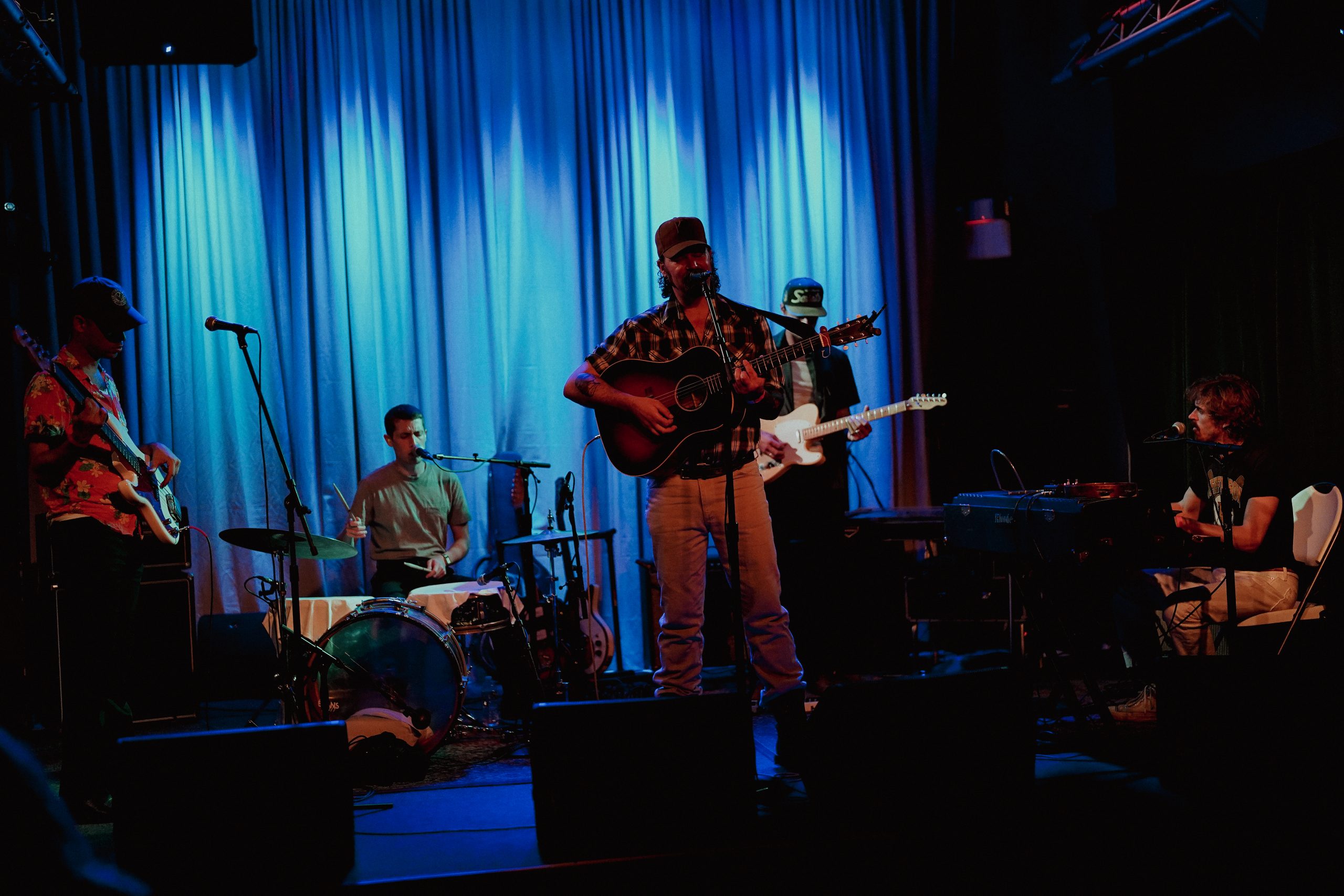 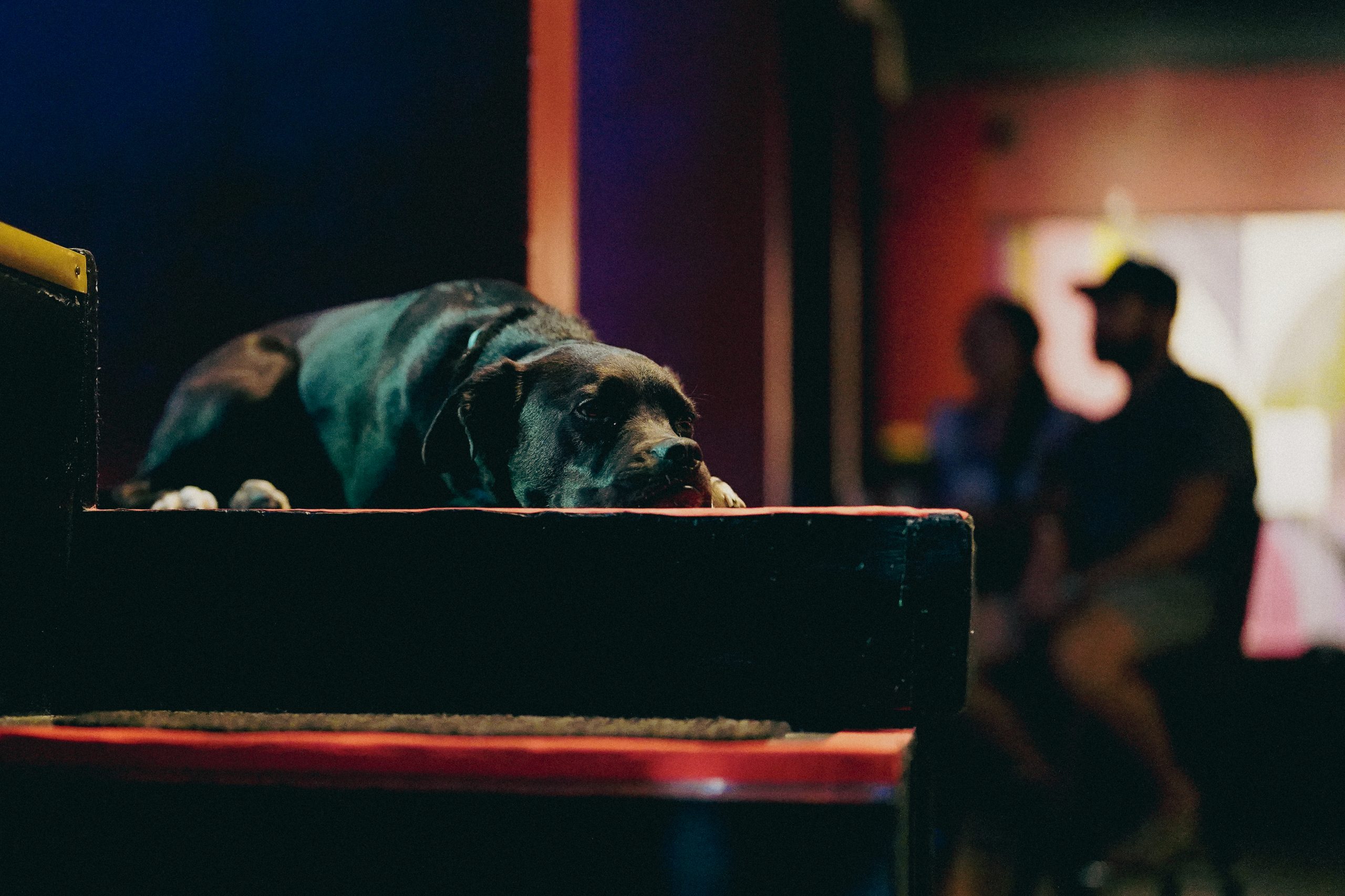