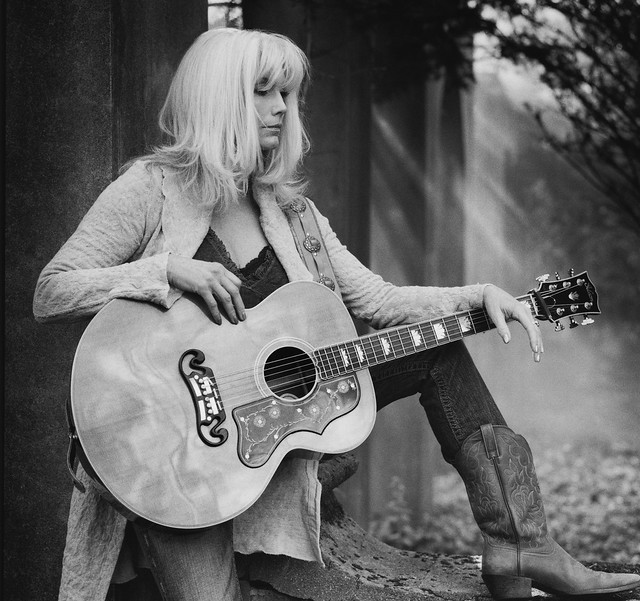 DC can claim a special place in Americana music. It’s the point of origin for both Emmylou Harris, who’s been dubbed the “queen of Americana,” as well as Mary Chapin Carpenter.

In each of their recent sets at Wolf Trap, they made a point of acknowledging the venue as a sort of home base. Harris said, “We owe the Washington, DC, area a lot, because that’s where we cut our teeth,” and she talked about attending elementary school in nearby Dumfries, Virginia. Carpenter spoke of her struggles working temp jobs and playing solo acoustic gigs in the city’s small clubs all those decades ago.

Harris and Carpenter have shared history, too. Early in her set, Carpenter mentioned how her first appearance at Wolf Trap, in 1989, was opening for Harris. She said, “My 15-year-old self would never have believed I’d be sharing the stage with her.” Prior to the beginning of her tour earlier this summer, she added, she had gone 858 days without playing for a live audience. “We’ve got a lot of songs to make  up for those 858 days.”

Both artists gave truly outstanding performances, playing their own compositions and honoring some of the finest songwriters. Harris took the opportunity to pay tribute to a few greats we’ve last in these past years, Nanci Griffith and Billy Joe Shaver. She shared how Nanci was her neighbor and played her “Gulf Coast Coast Highway.” She called the late Billy Joe Shaver a “crazy man [and a] wonderful man.” Introducing his beloved “Old Five and Dimers,” she said, “I wanted to record that song song, but I’ll never be old enough to have the credibility.” I suspect that might be true insofar as there is a distinct chance she is a magical, ageless creature of inhuman grace and beauty.

Emmylou has always primarily interpreted others’ songs, and her set was heavy on that. She covered Townes Van Zandt (“Pancho & Lefty”), George Jones (“One Of These Days”), Gillian Welch (“Orphan Girl”), her one-time duet partner, Gram Parsons (“Luxury Liner” and “Wheels”), Kate & Anna McGarrigle (“Goin’ Back to Harlan”), Poco (“Rose of Cimarron”), Buck Owens (“Together Again”), The Drifters (“Save The Last Dance For Me”), the traditional “Poor Wayfaring Stranger,” and “Get Up John,” for which Marty Stuart put words to a Bill Monroe instrumental.

As her career has progressed, Harris has recorded more of her own songs, and they’re usually great. She opened with one, “Here I Am.” The title track of her album Red Dirt Girl is a great story song about friendship between two young girls in the rural song. “Michaelangelo,” she’s explained elsewhere, was based on a series of dreams. She gave the context for “My Name Is Emmett Till,” saying “Usually, when you write songs, you can make stuff up, but this was a song about stuff that really happened to a young black boy in the Mississippi.”

“Bang The Drum Slowly” is about her father, a marine, who served in WWII. He was called back into action the Korean conflict, Shot down, he spent 16 months as a POW. Though her mother didn’t he was alive, she told Emmyolou that she knew. Harris wrote this with master songwriter Guy Clark, who knew her parents. She described Guy as “no bullshit” and her father as “a good soldier, but alsoa a good soldier, a good son, a good brother, a good father.” The song was written after he passed away in 1993.

Harris’s set also included “Raise The Dead,” which she cowrote with Linda Ronstadt. She was joined by Carpenter for the last number of her set, “All The Roadrunning,” a song she did with Mark Knopfler.

Carpenter opened her set for with “Farther Along and Further In,” followed by “I Take My Chances” and Lucinda Williams’s “Passionate Kisses.” After “Passionate Kisses,” there she had some introduced the band with some very engaging banter about their love of croquet. Of note, Dirk Powell, who has worked with Joan Baez and many others, and is a noted multi-instrumentalist, was playing keys —  which if memory serves me right, is not even his most accomplished instrument. (He’s a master of cajun fiddle work).

This led into “Shup Up and Kiss Me,” then “Chasing What’s Already Gone.” “That was a sad song,” Carpenter said. “I love sad songs. The sadder the better.” She added how much she loves it when her songs make people cry, and she told an anecdote about a friend in Austin who hosted an open mic called “bummer night.”

“When Halley Came to Jackson” was inspired by Eudora Welty’s memoir, One Writer’s Beginnings. Carpenter said of it, “Every page has beauty. She grew up in Jackson in a house her dad built.” She read this book very early on, when she was working temp jobs and playing small clubs. One of the great joys of her life was getting invited to meet Welty at her house.

After “Halley,” the band left the stage. MCC talked about broadcasting performances during the pandemic and doing a solo show with no audience, One Night Lonely, which was recorded and released. At the beginning of the pandemic, she was sitting on a new record, Between The Dirt and the Stars, and she decided to release it. She did a solo version of of “Old D-35” which is about her late guitarist, John Jennings.

Continuing on by herself, she said, “The last 2.5 years have utterly changed the meaning” of “Don’t Need Much To Be Happy.” The band came back, and the timbre of the set changed with an old favorite, “I Feel Lucky.” After “Can’t Take Love For Granted,” she told the audience, “We still believe that the future can be beautiful as long as we’re together.”

The set ended with “Between The Dirt and the Stars” and the Hard Way.” For her encore, she went with two her classics: “He Thinks He’ll Keep Her” and “Saturday Night At The Twist & Shout.”

This was a great show with two of the best vocalists around. Their bands were great, the songs were fantastic — it was great music. And a great reminder of what the DC area has given to a genre music of that has my heart.