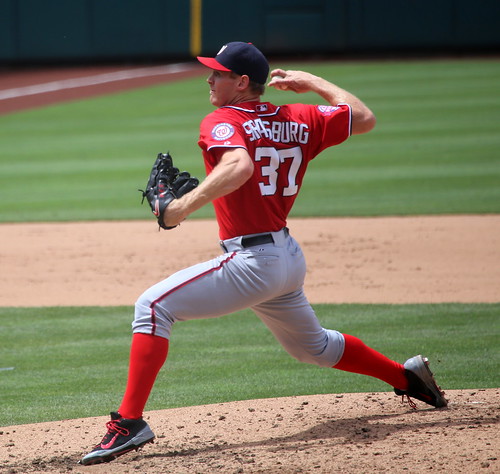 Oh boy. After a jaw-dropping 5-game winning streak to give us fans a glimmer of hope, the Nationals then proceeded to lose five games in a row, including getting swept by the first place Mets. Effectively eliminating our chances at a playoff spot. Sad face.

Now we sit 7.5 games back and the Nationals’ players can look forward to playing golf and canasta in the off-season.

The Beltway series against the also not good Orioles happens just in time for the Pope’s visit.

This homestand features not one, but two, bobbleheads! Calvin Coolidge (9/21) and Jordan Zimmerman (9/25).

As a bonus, the Nationals have an extra game added to the homestand, a make-up game with the Reds on 9/28.

Pope Francis’ visit to DC: Delays and closures surrounding the papal visit are expected to be significant. Allow plenty of extra time when traveling to and from Nationals Park. To help shorten commute times, Metro will operate at near-rush hour capacity throughout the day on the Wednesday and Thursday of the papal visit, and DDOT has released a series of alternate routes that fans can use to avoid road closures that will be in effect during that time.