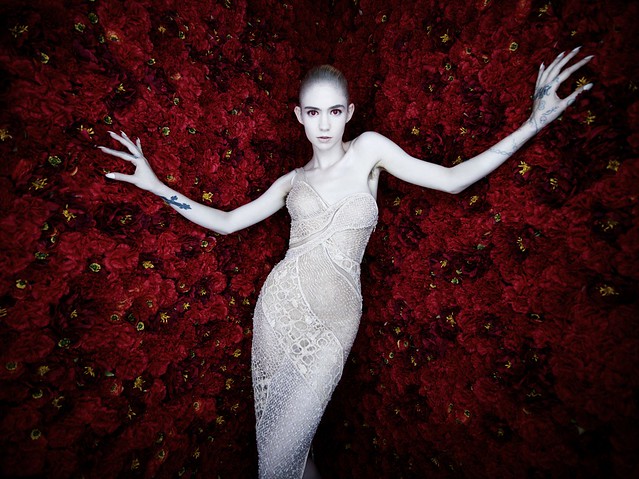 The organizers of Moogfest 2016, set for May 19-22 across 17 venues in downtown Durham, NC, announced major additions to the electronic music festival’s lineup yesterday.

With yesterday’s announcement of Grimes, Miike Snow, and others, Moogfest 2016 has revealed its full lineup, augmenting headliners like Gary Numan, GZA, and Laurie Anderson. (Indeed, Gary Numan is among my most anticipated acts at Moogfest this year.)

Grimes released her fourth studio album, Art Angels, in November 2015 via 4AD to universal acclaim, according to ratings gathered by Metacritic. In the new album, Grimes has continued her recent trend of combining buoyant dreamy synths with a lyrical love of violence as with her recent song “Kill v. Maim.”

Watch the official music video for “Kill v. Maim” by Grimes on YouTube:

Swedish rockers Miike Snow are set to release their third album, iii, on March 4. They too continue down a path that has garnered them a large fanbase and critical acclaim with new songs like “Genghis Khan,” a description of how the narrator might react if his significant other were to “get it on” with someone other than him via invocation of the 13th Century Mongolian emperor.

The very clever music video features a star-crossed romance between a James Bond spy and his Goldfinger-like nemesis. Watch the official music video for “Genghis Khan” by Miike Snow on YouTube:

Here’s the entire Moogfest 2016 lineup in one handy poster: 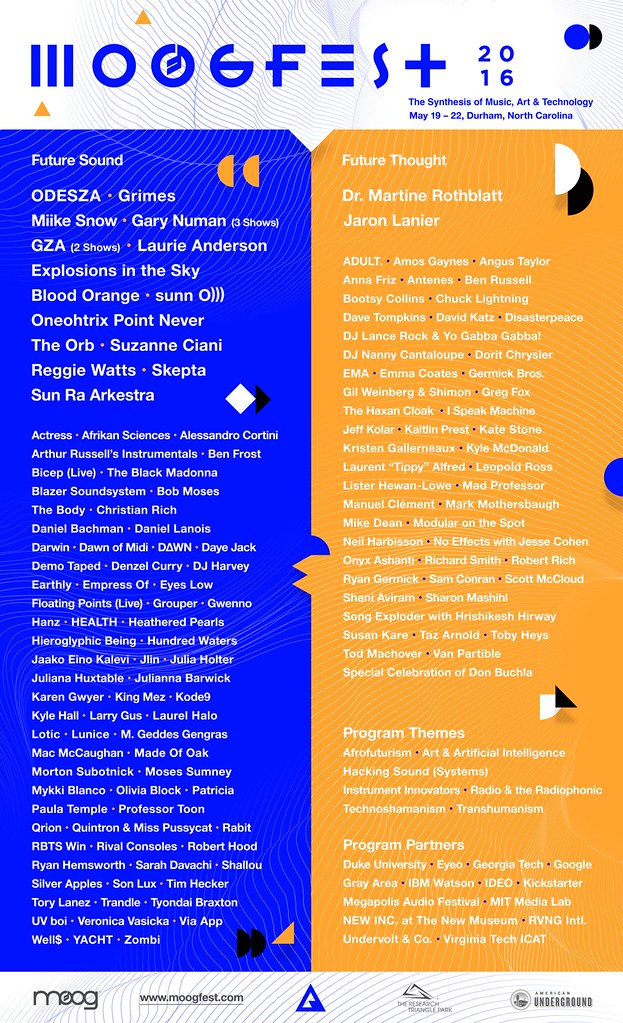