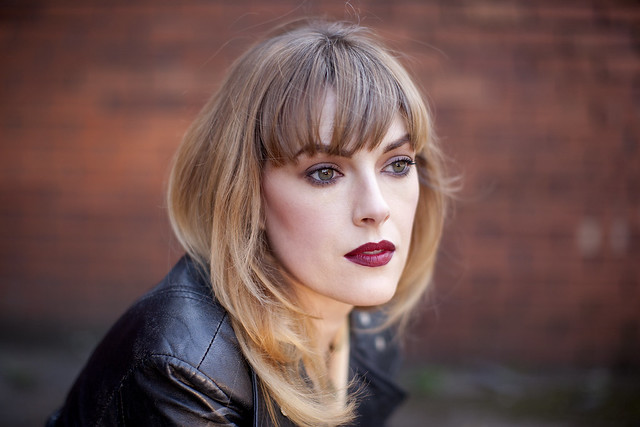 I’ve previously seen Gary perform in DC several times, once while supporting an anniversary showing of The Pleasure Principle. That absolutely fantastic album produced Gary’s biggest US hit -– “Cars,” a song all of us of a certain age know very well. But it also bears the amazing songs “Metal” and “Complex.”

Gary first took the United Kingdom by storm with his debut album Replicas and its #1 UK single “Are Friends Electric?” of course, which he still sings in a manner that both makes you want to openly weep while simultaneously sending chills down your spine. The man still absolutely has it! Indeed, I can verify that aging has matured his music in fascinating and unexpected ways, and the affable and good-natured chap absolutely delivers in live performance.

I plan to be at every one of Gary’s Moogfest shows!

Outside of Gary, I am quite intrigued by the return of Gwenno to the United States. For those who are unfamiliar with the Welsh songstress, she initially turned heads and ears as a third of The Pipettes, the girl band that caught the attention of the indie zeitgeist with songs like “You’re Kisses Are Wasted on Me” some eight years ago. Gwenno tried to keep The Pipettes going with her sister Ani for a bit before wisely abandoning the project for pet passions, which appear to have yielded some terrific results.

Indulging in her love of the Welsh language, Gwenno last year published Y DYDD OLAF (The Last Day), a concept album that takes its name from a 1976 Welsh novel by Owain Owain about a dystopian future where the robots have taken over the human race. Very much influenced by ‘70s krautrock and addressing themes of patriarchal society, government-funded media propaganda, cultural control, technology, isolation, and other concepts, the album takes a rebellious tone.

“The record is Gwenno’s response to the political upheaval she sees playing out all over Europe — from the borders of Scotland to the Basque country and beyond — as well as a war cry to all those who are dissatisfied with the way things are,” according to a press release.

I am pleased that Gwenno has evolved as an artist, and I’m very interested in seeing her perform the new material at Moogfest 2016.

I mentioned that Moogfest has some returning artists as well, and one such returning musical group is Los Angeles art punk band YACHT. YACHT released their best album to date in 2015 -– I Thought the Future Would Be Cooler. I first saw YACHT perform at Moogfest 2014 in Asheville, and I was stunned by their vitality and talent. Clare Evans and Jona Bechtolt are fairly magnetic if often irreverent performers.

I last saw YACHT quite recently in November, while they toured to support their new album in DC. As I said then, Clare’s “philosophical musings and occasional strutting are prime elements of a YACHT show today. Another signature element of YACHT is the extremely catchy disco-punk sound engineered by Jona.”

Fantastically, YACHT produced a video of their standalone single “Plastic Soul” as part of the proceedings of the last Moogfest. Watch YACHT perform “Plastic Soul” at the Moog Sound Lab in Asheville, NC, around Moogfest 2013 via YouTube (published in August 2015):

YACHT are endlessly inventive and creative and full of high energy in performance. Don’t miss out on the band and their awesome new songs, including “I Thought the Future Would Be Cooler,” “LA Plays Itself,” “Hologram,” and more.

Moogfest organizers will soon publish more details about this year’s festival, and I’ll return to share a few more insights and tips about your options in a third part of “Don’t Miss: Moogfest 2016!”