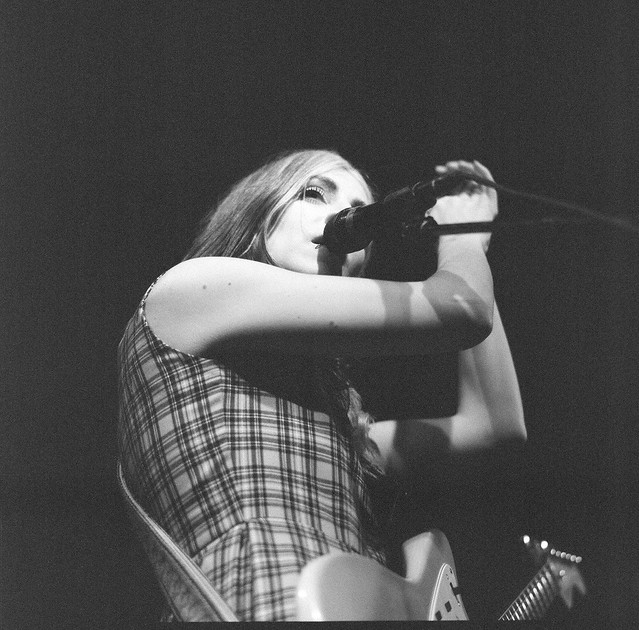 Back in April, Manhattan surf rockers High Waisted dropped by the Black Cat to open for Har Mar Superstar.

I went to that show and wrote up a review. And our friend Ben also went to the show and took some digital shots that you can see in that review.

But he also brought along a prized Hasselblad camera and shot some pix of High Waisted singer Jess Dye on Delta 3200 black and white film.

So we are running this little Snapshots as the film has been developed and the results were pretty spectacular. In a few days, High Waisted are performing at Shea Stadium on May 18. Check them out when you get a chance!

Here are a few more pix of Jessica Dye singing and playing guitar with High Waisted at the Black Cat on Sunday, April 17, 2016. 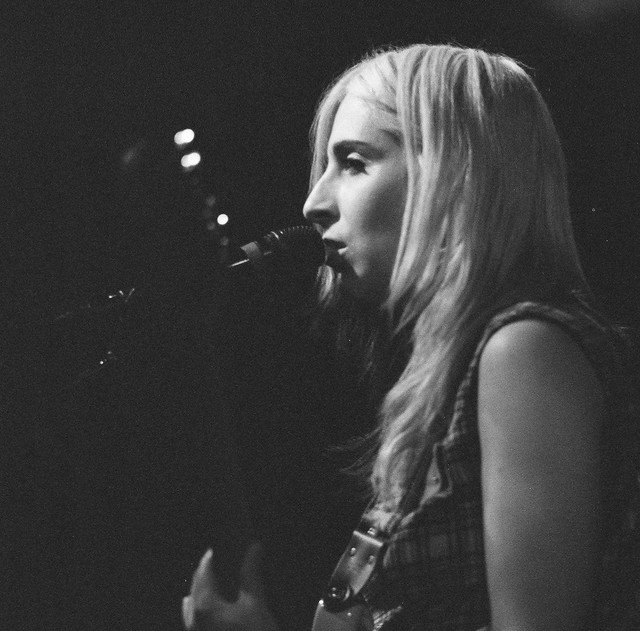 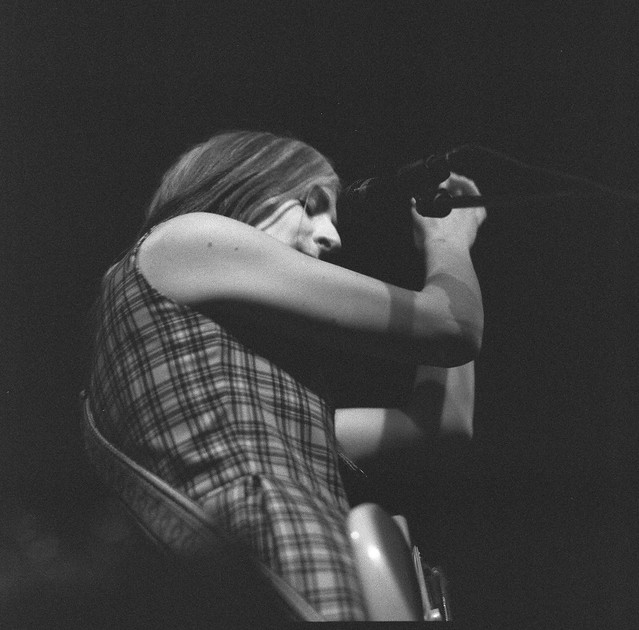