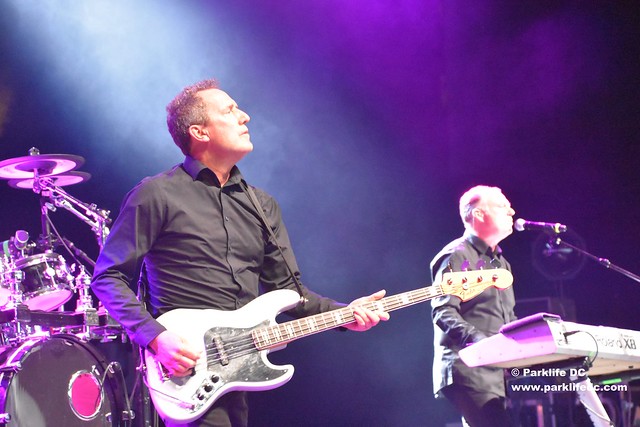 Visiting the Filene Center at Wolf Trap at the invitation of Barenaked Ladies, who asked OMD and Howard Jones along on a big US tour, the English synthpop quartet absolutely thrilled with 11 quintessential songs from their catalog.

Seeming refreshed and ready for the road, OMD pulsed and waved their way through some fantastic new wave staples, opening with the familiar chords of “Enola Gay” and closing on their very first single “Electricity.”

Andy bounded around the stage like a man possessed, quite savoring this opportunity to refresh OMD in the minds of thousands of admirers at once. As Andy told me in an interview last month, OMD readily joined the Barenaked Ladies tour to play in front of more Americans in more diverse locations than they normally would be able to do in their own US headlining tours.

So although the band are working on new material, nominally for an album release in 2017, they stuck to powerful, proven favorites.

Joining Andy of course was his long-time collaborator Paul Humphreys, who completely won the crowd with his dexterity as one of the world’s leading synthesizer players. Paul stuck to his station for all but one song later in the set, when he moved to the front to provide lead vocals for the lush, melancholy “(Forever) Live and Die” from 1986’s The Pacific Age. From his synthesizer, Paul also sang the well-received “Secret” from 1985’s Crush. 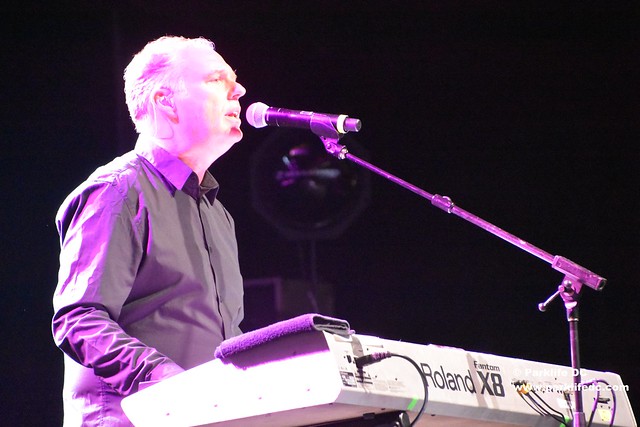 Paul was joined on synthesizers by the ever-dependable Martin Cooper, who added sparkle and depth when required. Rounding out the band on drums was Stuart Kershaw, who previously worked with Andy in a Paul-less OMD on the album Sugar Tax in 1991. Stuart ably has replaced classic OMD drummer Malcolm Holmes, who no longer tours after a heart attack in 2013.

Happily, Andy and Paul, twin dynamos of creativity, rejoined forces around 2005, and they have released two additional albums in the past six years. I was very pleased to hear them play the title track to the first of those — “History of Modern (Part 1)” — a slickly hypnotic track that speaks of nostalgia while at the same time proving that OMD still had the noble pizzazz that made them so appealing in the first place.

Of course, the high point of the Wolf Trap show was the rendition of “If You Leave” at the midpoint, when Andy told the familiar story of how he and Paul originally submitted the track “Goddess of Love” for inclusion in Pretty in Pink, only to be told later the ending had changed. Taking a previously scheduled day off in Los Angeles before launching a tour with the Thompson Twins, OMD crashed in a studio and whipped up the demo for “If You Leave” within 24 hours, striking gold with a hit tune that will always be a part of the public consciousness for my own Generation X.

In the latter half of the set, OMD continue to impress with another big US hit, “So in Love.” The crowd has broken out dancing in the aisle and in the field at this point, experiencing outright euphoria as the band continues to serve up some tremendous synthpop with “Dreaming” and “Locomotion” — from Junk Culture in 1984 and The Best of OMD in 1988 respectively. “Dreaming” was the last song to feature Andy and Paul together until the 2010 album, History of Modern.

As mentioned previously, OMD closed with their first-ever single, “Electricity,” first released by the legendary Factory Records in 1979.

OMD continue their tour in support of Barenaked Ladies tonight, June 20, in Pittsburgh, and then stick with them for more than a month to close the show out in Los Angeles on July 24. It’s an energetic combination, and you’ll absolutely want to take the opportunity to see an established favorite like OMD play to some big crowds. You’ll dance up a storm with those crowds, as they soak up some brilliance from synthpop stars still shining! It is a joy to behold. Let’s hope we see them again next year with the new album!

Here are some pictures of OMD performing at Wolf Trap on Wednesday, June 15, 2016. 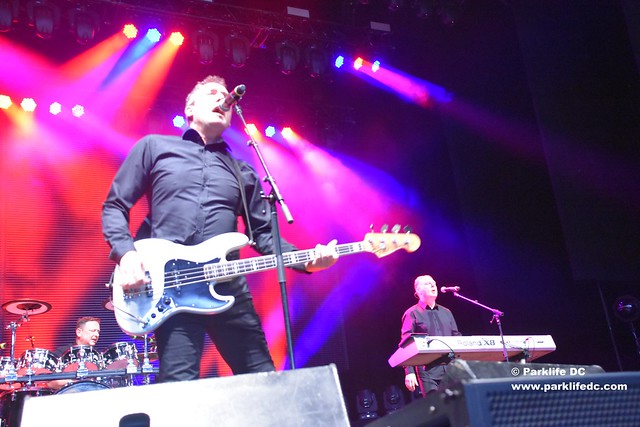 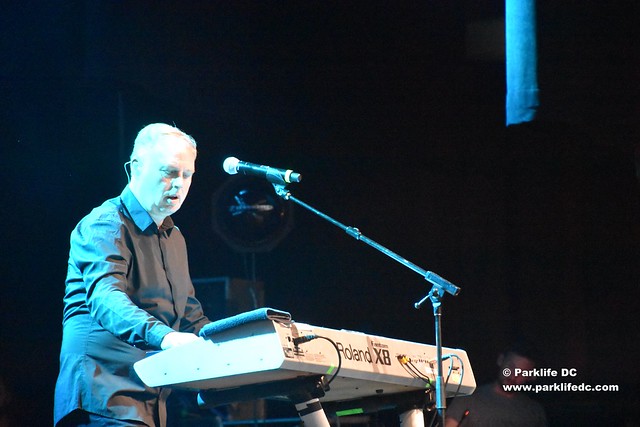 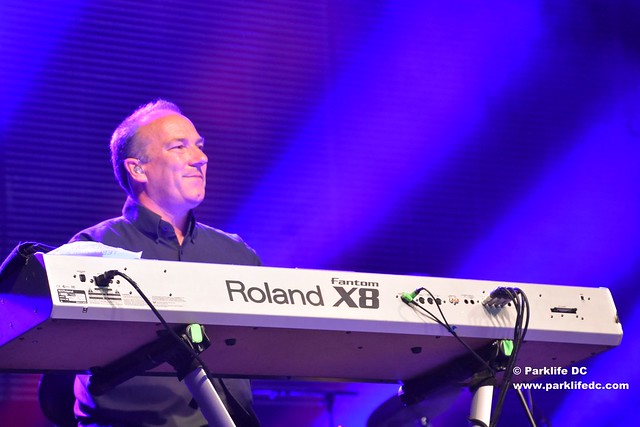 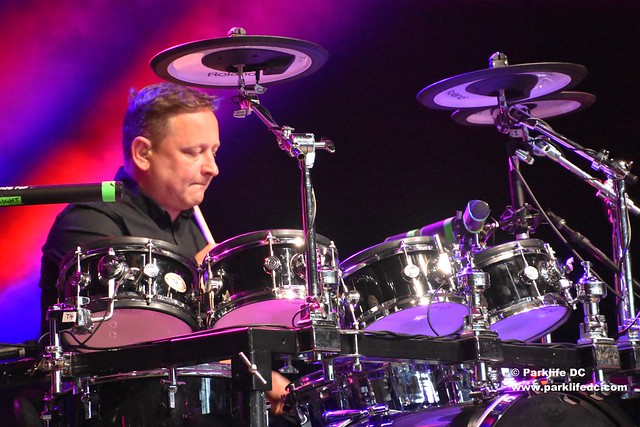 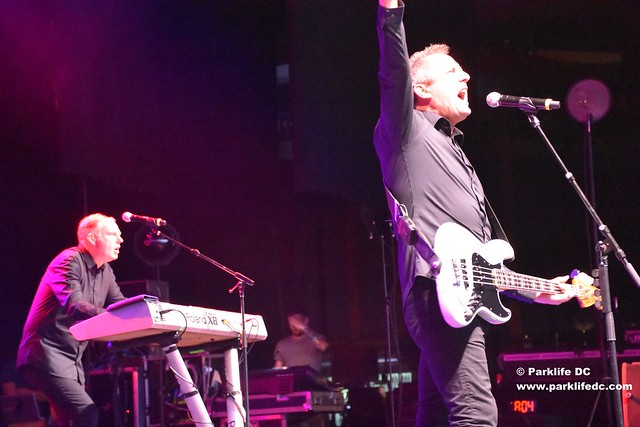 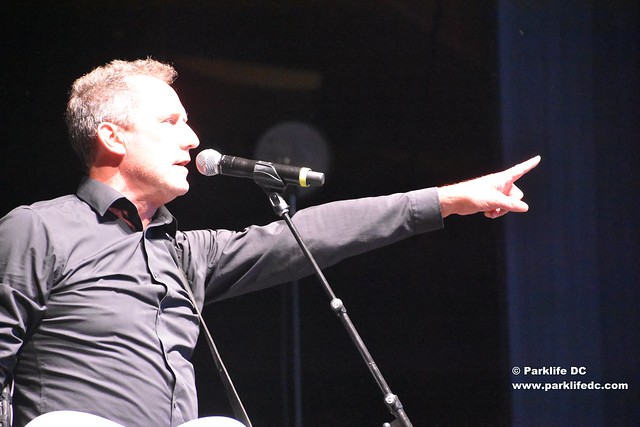 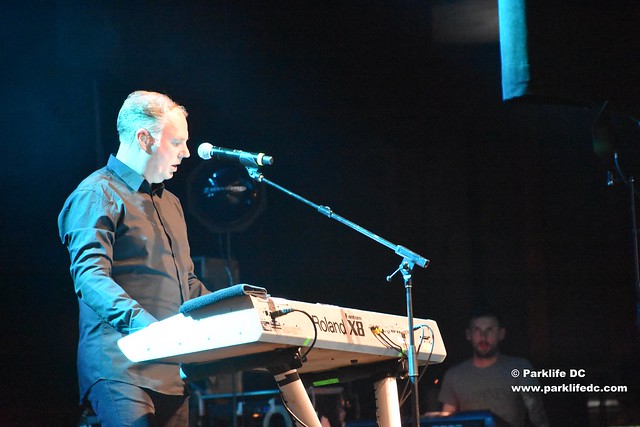 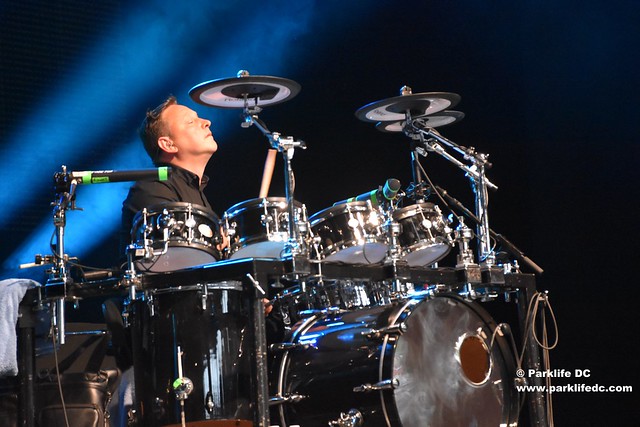 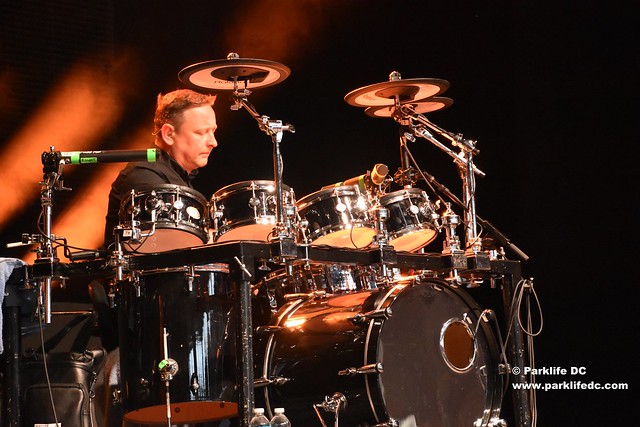 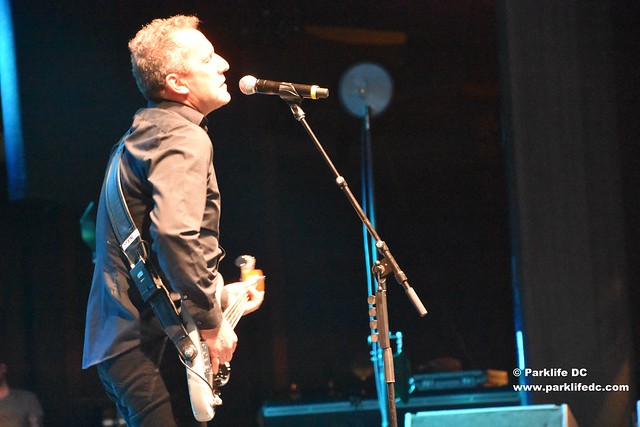 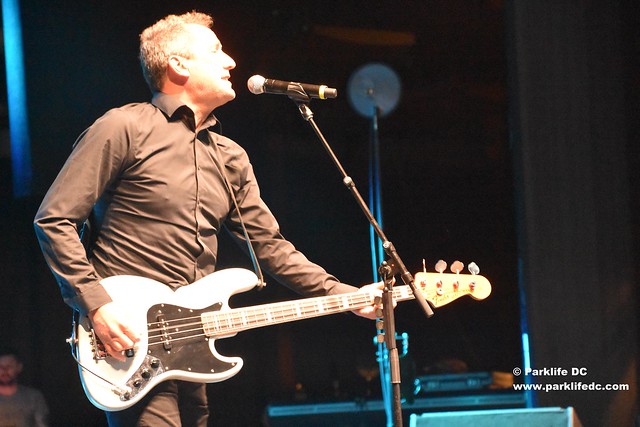 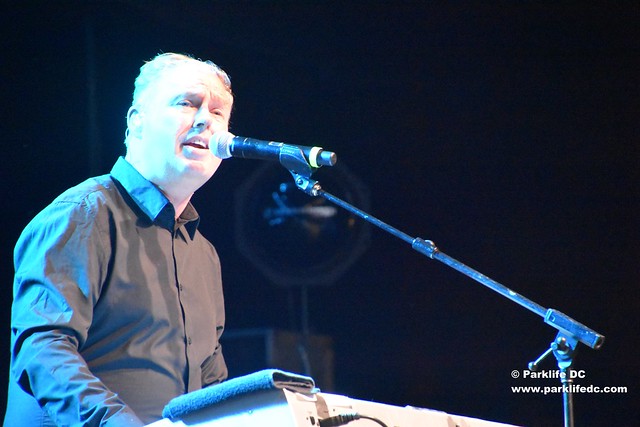 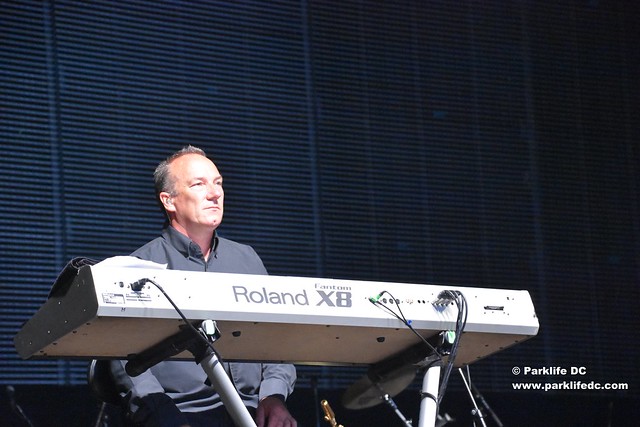 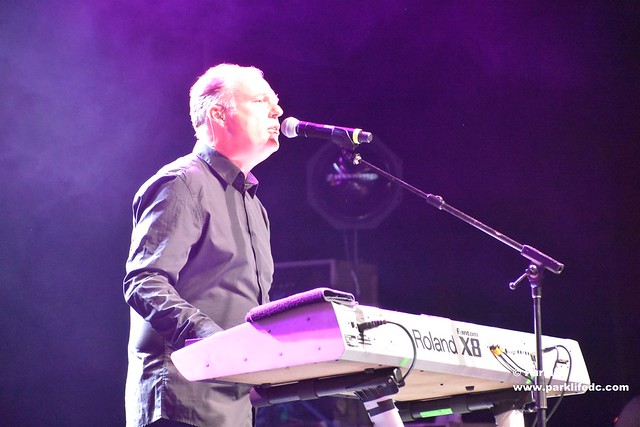 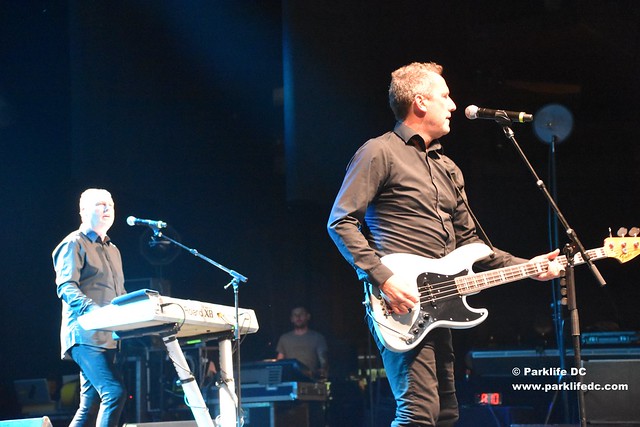 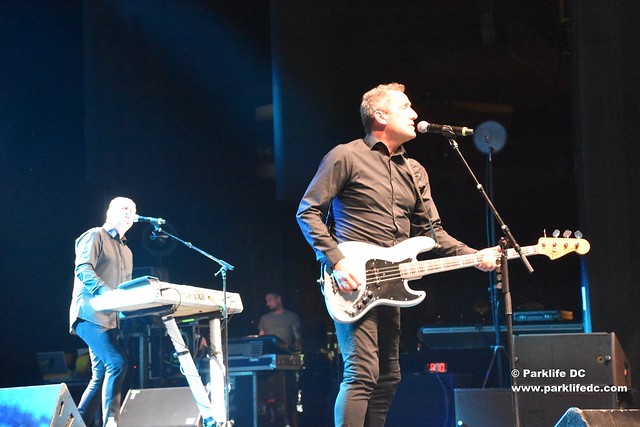 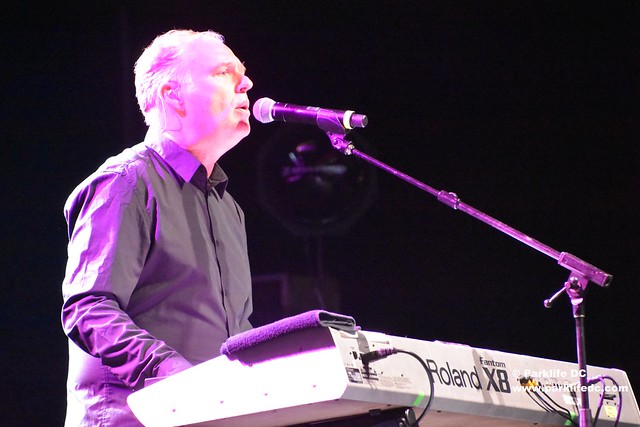 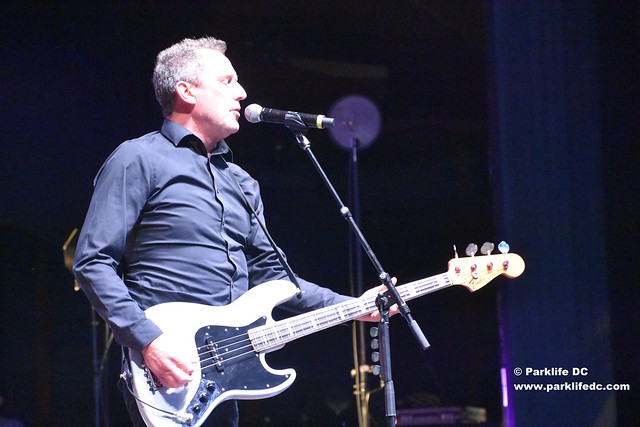 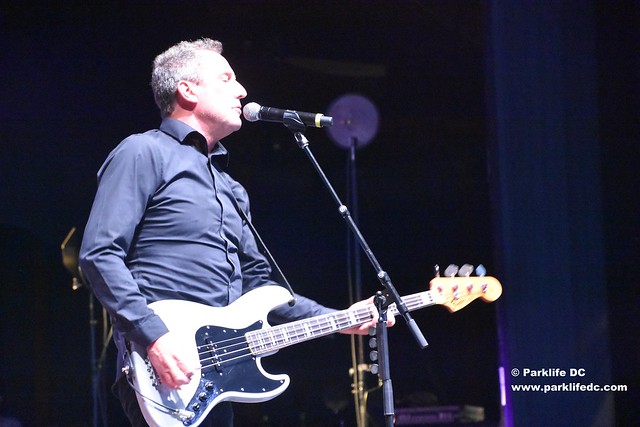 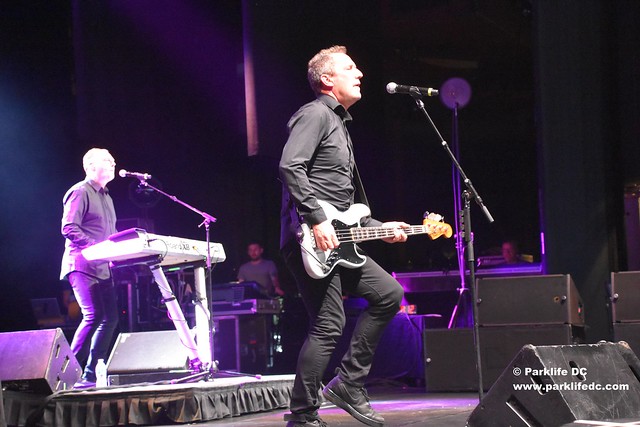 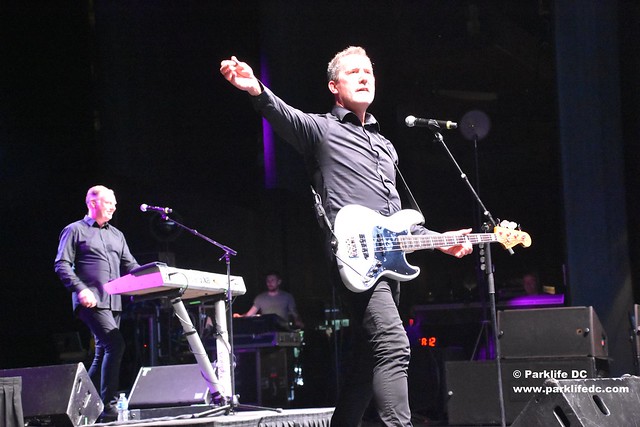