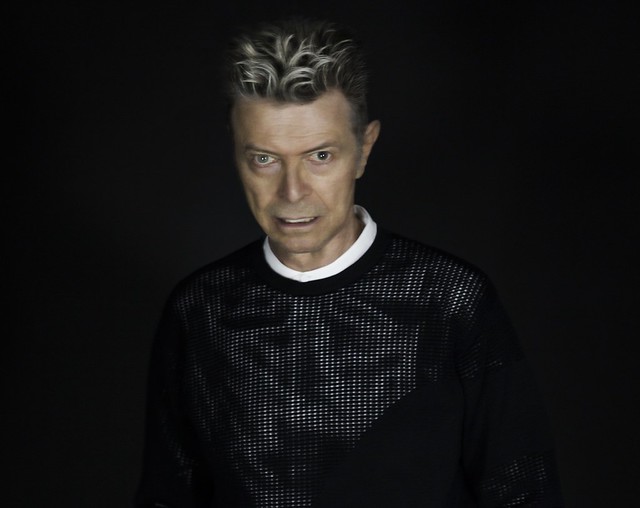 Enthusiastic teenagers who became known as The Sigma Kids lurked outside the studio and occasionally accompanied Bowie during the making of the album, and some of them who still live in Philadelphia have coordinated a week of events for the period that includes Bowie’s 70th birthday and the first anniversary of his death this week. You can find out more at http://www.phillylovesbowie.com.

Here in DC, we’re not quite as organized but we do have a number of Bowie events occurring over the next week.

Life on Mars, a Bowie tribute act, performs at Gypsy Sally’s in Georgetown on Friday. Life on Mars welcomes guest vocalist Matt Shofner to stand in as the voice of David. Life on Mars and Matt visit DC from Richmond, where they perform regularly.

Bassist Rusty Farmer, founder of the band, says it was formed “to develop its musical repertoire, costumes, lighting, and multimedia to recreate the experience that the brilliant iconoclast David Bowie brought to millions of fans over multiple decades.”

Suns Cinema in Mount Pleasant hosts a screening of “Ziggy Stardust and the Spiders from Mars: The Movie” on Tuesday.

Says Suns, “To honor David Bowie’s ascension to metaphysical space god we’ll be screening the 1973 documentary and concert film by D. A. Pennebaker.”

The event is open to the public and free. Suns Cinema has a cash bar.

Songbyrd Music House in Adams Morgan will also offer a free Bowie movie screening of Labyrinth and then Ziggy Stardust and the Spiders from Mars downstairs in its concert hall. Upstairs, the bar will play David Bowie records all night.

Says Songbyrd: “Hard to believe he’s been gone one year now. Remember his spirit with us as we screen some of his most beloved film performances, including Labyrinth, Ziggy Stardust and the Spiders from Mars, and maybe a few more (The Man Who Fell to Earth, anyone?) downstairs on the big screen. We’ll be slinging his favorite meal, Chicken Shepherd’s Pie (so British), and playing Bowie records all night upstairs.”

Parklife DC will present an evening of Bowie’s music during Careless Memories DJ party at Dodge City on Thursday.

David Bowie is pretty much the inspiration for all of our blog’s favorite bands, and Mickey will come equipped with his large collection of Bowie songs.

Says Mickey (me): “While this party occurs a few days after Bowie’s birthday, we are celebrating his life and achievements, hence we dub our evening, Happy Birthday, David Bowie.”

DJ Dredd lost his biggest hero in 2016 as well when Prince passed away in April. On Saturday, Dredd teams up with Adrian Loving to present a dance party called “We the People,” which they say “pays tribute to the musicians and rebels we lost in 2016” at the Black Cat.

Surely, we will hear a healthy dose of David Bowie from these two top DC DJs! The party includes a video mix by Robin Bell.

Do you know any other Bowie events happening in DC this week? Please tell us about them in the comments below!