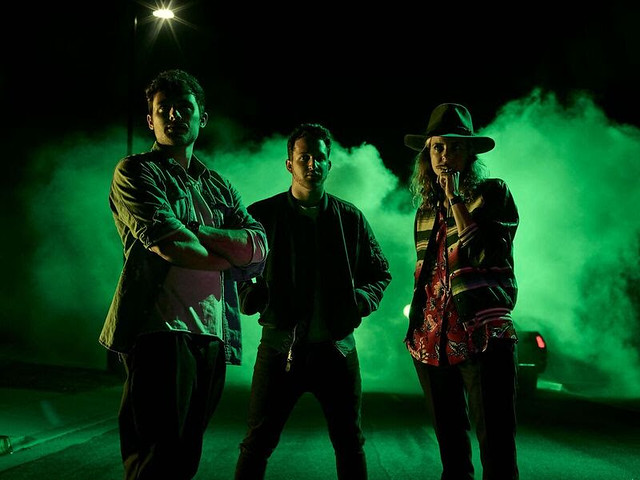 You might best remember Samantha Ronson, sister to super producer Mark, as one of the buzziest DJs of the last decade.

Lately, Samantha has been focusing on songwriting and building a band — and that band, Ocean Park Standoff, appears at DC9 on Friday, Feb. 24, prior to releasing their self-titled debut EP on March 3 via Hollywood Records.

Samantha, Ethan Thompson (vocals), and Pete Nappi (drums) are opening for LOLO prior to hitting SXSW and then going on to support Third Eye Blind’s arena tour this summer alongside Silversun Pickups.

Discussing the song “Good News,” Samantha said, “We wrote this song because we felt like the news wasn’t the news, it was just the bad news and we were frustrated with how the world seemed to be focused on the darkness because fear sells, but we haven’t lost hope and we want to share that sentiment with as many people as we can.”