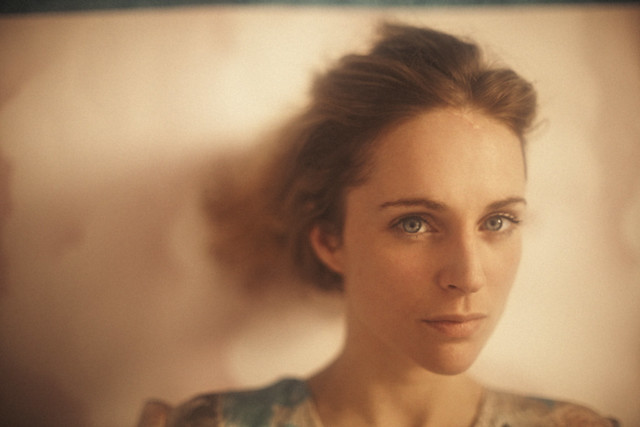 Agnes Obel released her third album, Citizen of Glass, in October via PIAS, and she’s embarking on her largest North American tour to date this year, including a stop at 9:30 Club on Tuesday, March 7.

To get some more insights into the Danish folk artist, Parklife DC chatted with her about the inspiration behind Citizen of Glass and how she tried to capture a sense of herself on the album. We also discussed how she draws inspiration from her home in Berlin and how technology can be good and bad for finding yourself. Agnes explored how her search for texture led to diversification in her chamber pop instrumentation.

Mickey McCarter: I was just listening to your new album, and what a lovely album it is, and very complex.

Agnes Obel: Why, thank you.

MM: You’re about to embark on a North American tour shortly, and I think it’s your biggest one yet?

MM: What are you looking for to?

MM: You’re going to be playing at South by Southwest. Is that something new for you?

AO: No. I played there in 2011 and in 2014. Actually, the first time I was in the U.S. ever was at South by Southwest. I flew in and landed in Houston. It was a good time! It was really cool for my first experience in the U.S. I love Austin. So I’m really looking forward to that too. It’s perfect.

MM: Since we are talking about places, I want to ask you a little bit about your home in Berlin. Some observers have said that you’re inspired by the old cabaret culture of Berlin. And I’m wondering if you if you find that where you live now? Do you find places? Do you find that sort of culture even though it’s something we think of from the past?

AO: I think it’s almost impossible to live in Berlin without having seeing the past everywhere. There are clues from the past, and it’s such a strange past. First of all, it’s been two different cities for many years. And the whole East has a past as well. I have a studio in the old DR Radio House. So that past is very present for me.

And I live in the old West. So there are buildings that are older than the cabaret times. They are certainly from the golden age. I find it interesting with all of the things you can see from the past.

On this album it’s been inspiring, even more so than normally. ON this album, I’ve been using instruments that are really German and from a time when especially Berlin was a really interesting city. I used an instrument called the Trautonium and it’s from the ‘20s in Germany. And the ‘20s was a really wonderful time in Berlin. It was the place in the world with the most phone connections, and there was a progressive culture.

You could be transsexual, and it was accepted. It was a really wonderful time. But it was a contrast to what came afterward. It was also a time when you really believed in the future. Futurism thought that technology would save us and be the answer to everything. I thought the Trautonium was really the result of that. You really wanted to make a kind of music and develop these new instruments. It’s a little bit like now. We really believe in technology. It’s really our new religion.

So it’s fun to use that instrument again in this time. That’s what I was thinking when I did it.

MM: Some critics have said you have a more elaborate sound on your third album, this new album. Clearly, you did that with a purpose. You wanted to expand your palette with these different instruments and new sounds.

So I looked at a lot of keyboards, and I did a lot of research, before I started recording the album. I wanted to capture my own subjective idea of what it is to be made of glass.

MM: I read also that Citizen of Glass is inspired by the thought that we have less privacy today. So is it a warning? You were discussing the celebration of technology in our connection to 1920s Berlin. Are we to embrace this? Or are we to be afraid of it?

AO: Both are there. There is something really wonderful about how technology has democratized creative expression in a way. Everybody can have an audience now, express themselves creatively, and find an audience. Even if you are just staging your own life in on your own Instagram or whatever, it’s still an artistic way of looking at yourself. So there is great potential in technology in finding information and so forth.

But I also think there’s a danger. As we have seen, false information can be distributed really quickly. When people are oversaturated with information, the truth can be watered down. There is also danger in that if you look at your own life as a stage and you see yourself from the outside, through the eyes of others, you remove yourself from the moment and from being in the moment. Technology like a smartphone can do that potentially because it’s a camera, and we have all these accessible ways for you to document yourself all the time.

But in a way, this documentation is removing yourself from your own life. A camera is a way to distance yourself from a situation. You can see it when people go to a concert and they are filming the whole thing. I’m not sure they are in the moment in the same way as others. When you’re filming it, you are putting up a filter yourself and the situation. I think that’s not so good. At least, we should think about it, and reflect upon it, and say, ‘OK, I choose not to do it now. I want to be here.’

But I want to say the album is not just about this idea of technology. It is about my idea of being made of glass, understood very broadly. I was attracted to this glass theme because I thought I could identify with this experience of being made of glass. And that’s not just because of technology. It’s because of who I am and a lot of things. It’s something that I’ve been discovering along the way but a big part of my songwriting is about my secrets, something that is just mine. I don’t really share my music with anybody when I do it. And then there is something really absurd about when you release it to everybody. That has always been a very big struggle for me. And I’ve been battling with stage fright for many years because I felt really exposed although I was just playing my songs for people.

That’s also why I really like the Citizen of Glass title. It struck a chord in my head.

Listen to Citizen of Glass on Spotify:

MM: Playing a live show I think is a very authentic moment. And I sympathize with what you say about people trying to watch through their cellphones when they should be present in the moment. If an artist like yourself is going to come and deliver an authentic experience that somehow still is not replaced by some technology, then being there is important.

AO: Yeah. The whole moment is not just on the shoulders of the performers. The audience has power. You need their attention for any sort of connection to happen. And this connection is very hard to establish when there is a camera between you and the person listening. It changes things. I also believe that as soon as there is a camera in a room, people change their behavior.

It’s okay, but we should be aware of it and not assume everything is the same. Something is changing. People are becoming self-conscious and aware of themselves in a different way. It’s not so nice to live life like that all of the time. Sometimes it’s fine. But it’s also nice to not be aware of yourself and just be in the moment.