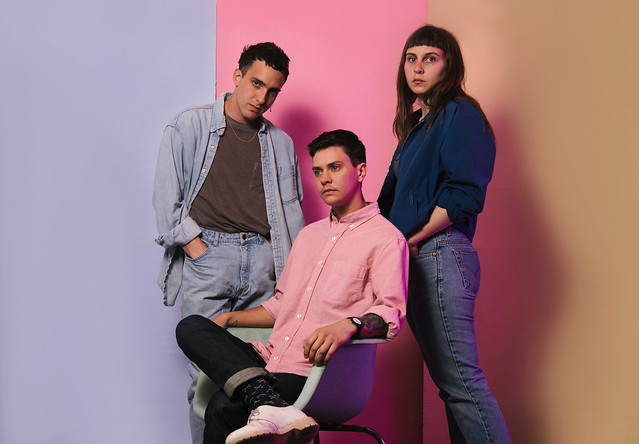 Underneath the million dollar houses, luxury condominiums, and the ever-blowing hot air that is Capitol Hill, there lies a thriving sub (or counter) culture of punks. Home to famous acts like Minor Threat, Bad Brains, and Fugazi (Ian MacKaye is pretty much the DC punk scene of the 80s), DC has produced some kick-ass punk and hardcore bands.

And for the past half-decade, Damaged City Fest has been a showcase of the best local hardcore and punk bands that our city has to offer. This year, for four nights on April 6-9, across 3 venues, 40 bands came together to display what DIY hardcore punk has grown to be.

I attended the mainstage shows for Friday, April 7, and Saturday, April 8, at St. Stephen and the Incarnation Episcopal Church. Yes, a hardcore punk show took place in a church, which did prohibit some major tenements of the scene, which boiled down into a widely-displayed flyer reading “No Alcohol, No Drugs, No Tagging.”

This took nothing away from the atmosphere of awesome music. Sans alcohol, concertgoers munched on doughnuts and vegan hotdogs and washed it down with coffee. Although the shows were in a church, the concerts were undaunted by their surroundings. Venders were hawking their wares, bands were rockin’ the stage, hardcore dancers were flinging limbs in the pit. This is a festival not to be missed.

Damaged City Fest’s second-stage shows were housed in two of the District’s bar venues noted for counter-culture performances, The Black Cat and The Pinch. I did not have the privilege to attend any of Damaged City Fest second stage shows, but if the online posts regarding the bands that played there were a fraction of face-melting of what the live show was, one would not go home disappointed.