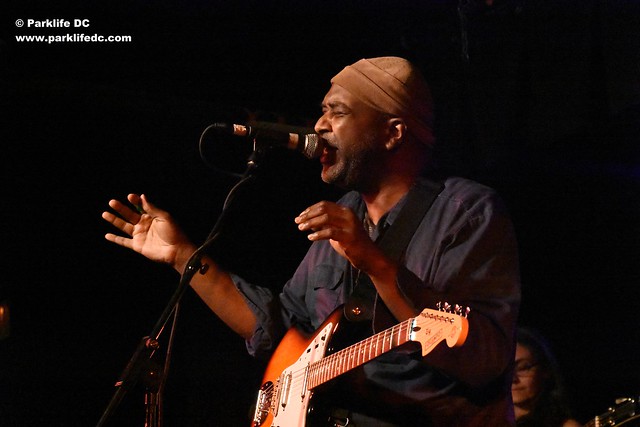 Chad Clark, the creative force behind DC’s Beauty Pill, seems like the sincerest fellow you could ever hope to meet, which is partly why his songs are so appealing.

In a highly anticipated show at Black Cat on Saturday, Chad spent time praising his bandmates and tourmate Arto Lindsay, a musical idol of the vocalist and guitarist for certain. But then Chad’s strength, and the strength in his music, lies in the way that he is personally so approachable, open, and quite whimsically humorous (which you wouldn’t necessarily first presume from spotting his imposing 6’4″ frame).

Those qualities were on display Saturday as Chad and a Beauty Pill band consisting of Jean Cook (electronics), Basla Andolsun (guitars), Drew Doucette (bass), and Mark Cisneros (drums) played about eight songs prior to a performance by Arto, with whom they have wrapped a brief East Coast tour. The set was drawn almost entirely from Beauty Pill’s acclaimed 2015 album, Beauty Pill Describes Things as They Are, which was hailed by NPR, Rolling Stone, Magnet Magazine, and Robert Christgau as one of the best (if not *the* best) album of that year. (In the only exception on the setlist, Beauty Pill revisited “Lifeguard in Wintertime” from their 2004 first full-length album, The Unsustainable Lifestyle.)

The music of Beauty Pill takes on various characteristics from song to song. Although consistently laidback and generally post-punk in nature, the experimental band are certainly not afraid to mix it up a bit.

Chad introduced “Drapetomania” as the band’s attempt to write a song as cool as the theme to Fat Albert, the ‘70s cartoon show. The jangly electronic number is very punk from its Blade Runner-inspired opening line, “I want more life, fucker” to its apparent rejection of mindless profiteering. Throughout his various songs, Chad’s voice remained consistently at a near-spoken word sing-song patter as if he had something important to tell you but he wants you to enjoy hearing it at the same time.

Jean took vocal duties for “Ann the Word,” a Lungfish cover that appears on the last album. Jean’s voice imparted a soothing quality to the shimmery, offbeat number, which lyrically represents a surrender of sorts. The song felt very much at home in the Beauty Pill set.

Next, the clever “Afrikaner Barista” dwelt on cultural differences, ending on the uplifting “I wanna be the one you like” in response to the title character’s indifference to whether people correctly identify her ethnicity unless she likes them. But the song also carried an almost jazzy, world beat sort of vibe. As Chad sang, he emoted with his body, outstretching his arms or clutching his guitar in a manner that emphasized his words.

Prior to wrapping up their set, Beauty Pill cover Arto Lindsay’s “The Prize,” the title track to his 1999 album. The cover also appeared on the album Beauty Pill Describes Things as They Are, and it is an appropriately cryptic song that again meshes well with the Beauty Pill catalog. Chad’s voice and demeanor was well suited to its relaxed, enlightened atmosphere. Indeed, the entire band seemed as relaxed and earnest as Chad, imparting a pleasant chemistry between the players on stage as well as between performers and audience.

Beauty Pill will appear with Arto Lindsay again at Le Poisson Rouge in Manhattan on Oct. 17, but the band have not announced any upcoming concert dates between now and then. Chad suggested the band will be more active than it has in recent times. “There’s stuff I’m not allowed to announce until it’s confirmed, but for now, my advice for midwest and west coast BP fans is: have patience,” said Chad on Twitter last month.

Health challenges of course sidelined Chad and Beauty Pill prior to 2015, so here’s to hoping that he’s recharged and ready to go. Here are some pictures of Beauty Pill performing at Black Cat on Saturday, April 29, 2017. 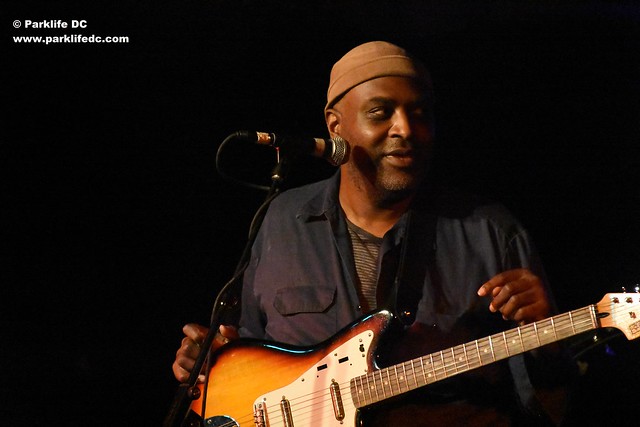 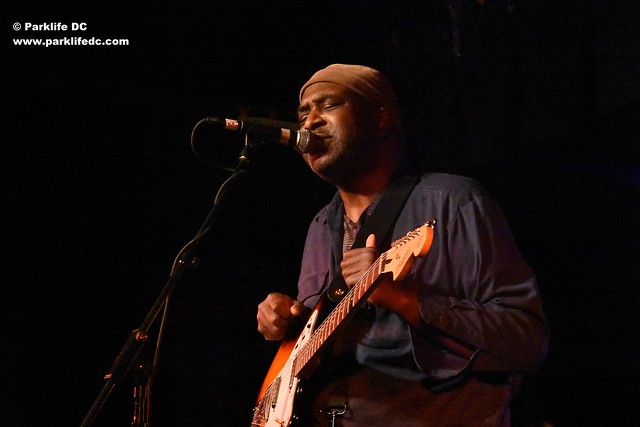 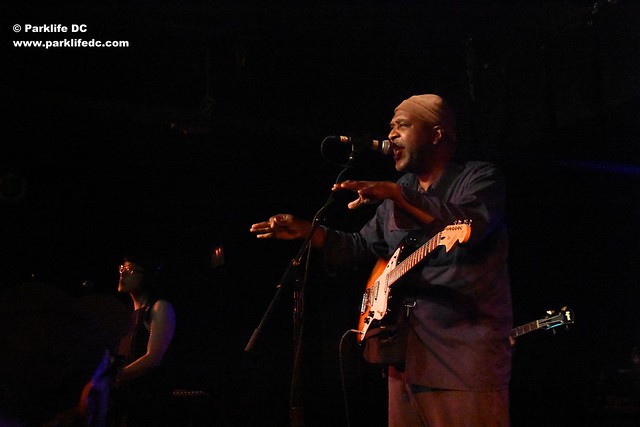 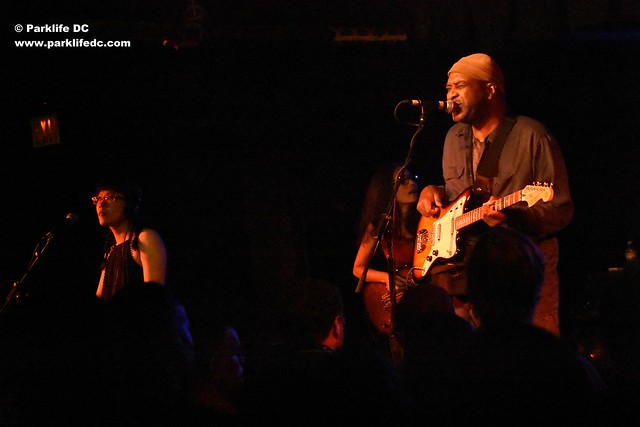 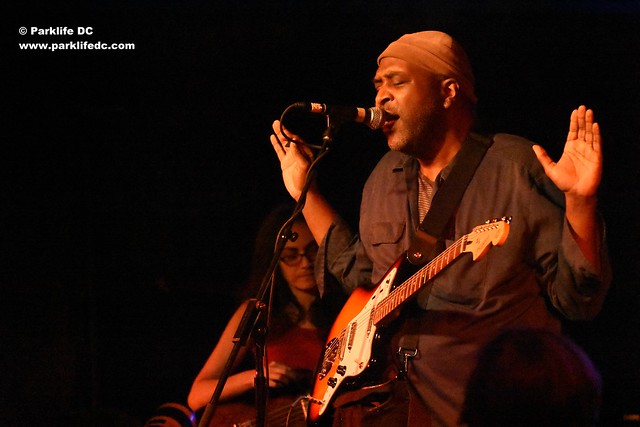 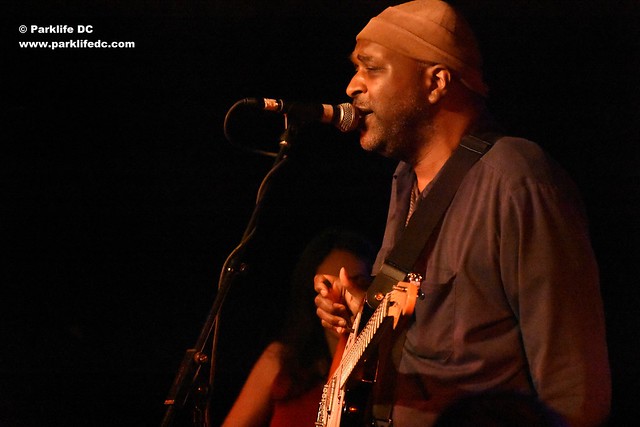 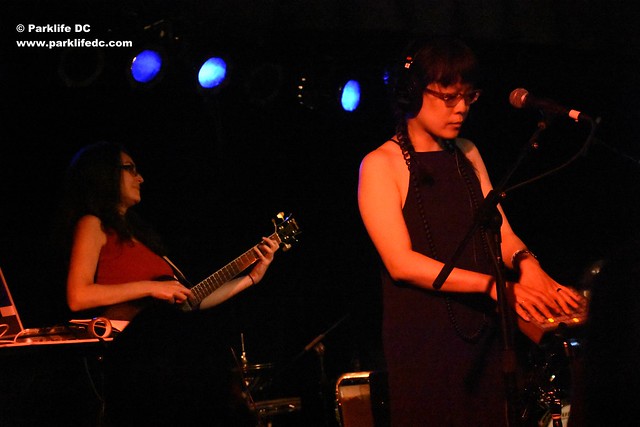 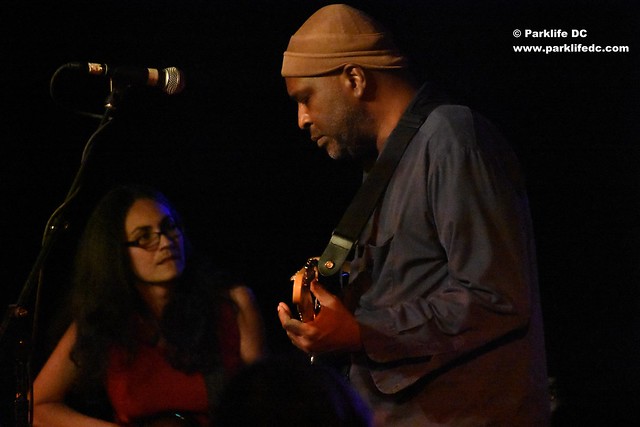 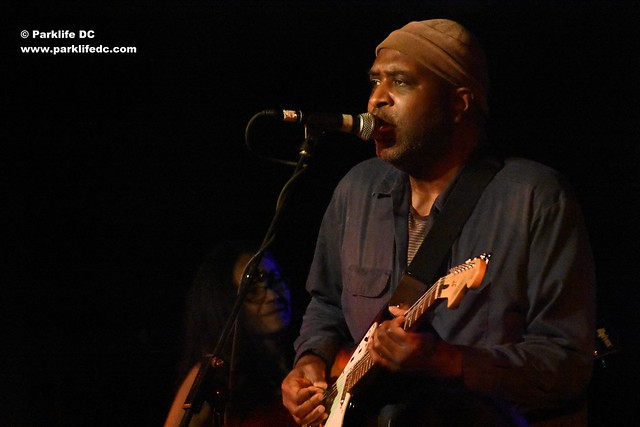