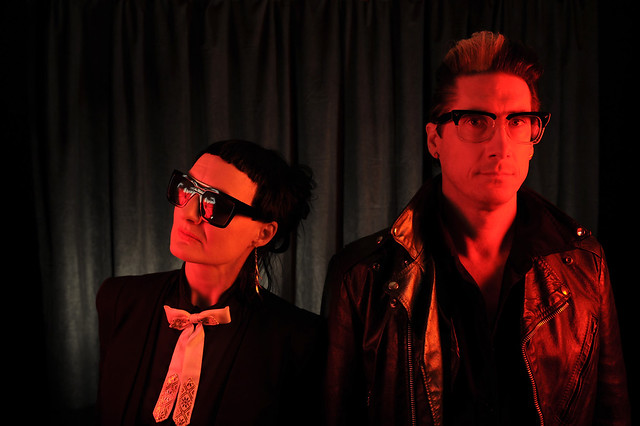 Detroit techno duo Adult. released their most recent album, Detroit House Guests, on March 17 via Mute Records. Adam Lee Miller and Nicola Kuperus are currently on tour to support the project, and they visit DC9 for a local show on Thursday, May 11.

Adult. began the process for Detroit House Guests after receiving a John S. and James L. Knight Foundation grant in 2014. The approach to the album was to collaborate with a different musician for each song, and in the process actually live with that musician for three months in their Detroit home. “The results — a total anthropological sound experiment and a full-length album,” said Adult. on their website.

One of those collaborators was Douglas J. McCarthy of Nitzer Ebb, who worked with Adult. on two of the 12 songs appearing on the album.

In the review, Philip Sherburne concluded, “Adult. still do a convincing showroom-dummies impersonation, but they’ve never sounded more human than they do here.” [Cue all Kraftwerk references.]