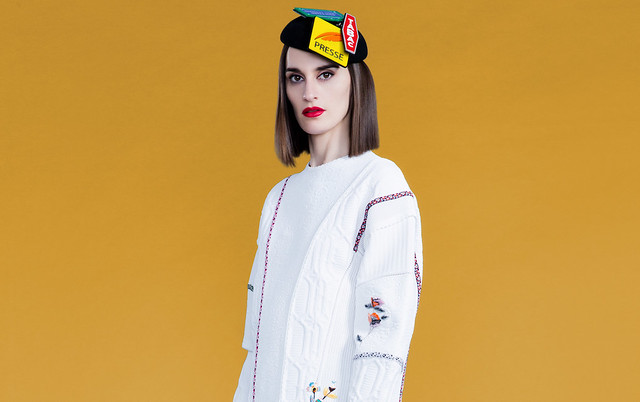 Julie Budet and Jean-François Perrier (aka GrandMarnier) are better known as French dance pop duo Yelle, and they are returning to the United States with the Yelle Club Party Tour and a date at U Street Music Hall on Tuesday, Sept. 26.

To date, Yelle has released three full-length albums, and this year so far, the band also dropped two new singles – “Ici & Maintenant” (“Here & Now”) and “Interpassion.” Clearly, a fourth album is in the works!

Watch the official music video for “Interpassion” by Yelle on YouTube:

Yelle caught fire after their 2007 debut album Pop Up and its international hit singles “Je Veux Te Voir” and “A Cause de Garcons.” Safari Disco Club followed in 2011 and then Complètement Fou in 2014. When Yelle was last here in DC in 2014, the band *sold out* 9:30 Club, so it’s a good bet that tickets for the smaller U Street Music Hall will go fast.

When I last saw her in 2014 for We Love DC, I observed that a Yelle show is a great deal of fun: “For her part, Yelle seemed positively pleased to have drawn such a large enthusiastic crowd. It’s remarkable how people who don’t know her lyrics word for word due to the language barrier nevertheless embrace her playful pop poise and Euro new wave sensibilities.”