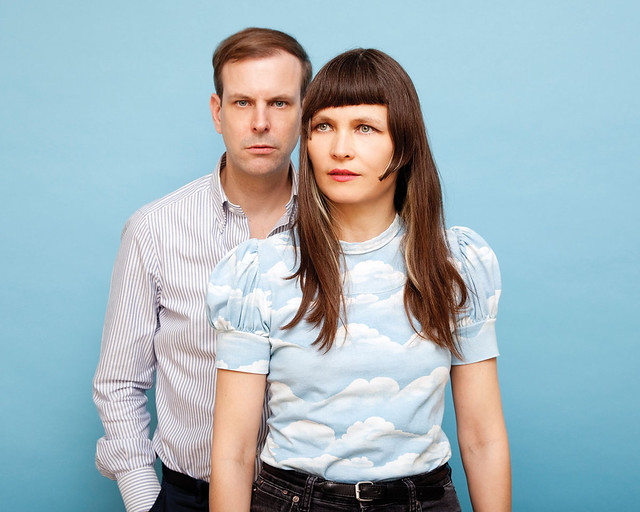 Xeno and Oaklander, the minimal electronic duo from Brooklyn, are teaming up with DC’s own dark pop outfit Technophobia in a benefit for House of Ruth at Black Cat on Saturday, Aug. 19, to help survivors of domestic abuse and homelessness.

Liz Wendelbo and Sean McBride formed Xeno and Oaklander in 2004. They record their songs live in their Brooklyn studio and play analogue synthesizers and instruments exclusively. Sean has created original music for the likes of Annika Larsson, Jonah Freeman, Annee Olofsson, and Dara Birnbaum. And Xeno & Oaklander recently scored a soundtrack for artist Fabian Marti. Their latest Remix is for UK synthpop legend John Foxx and the Maths.

Watch the official music video for “Sheen” by Xeno and Oaklander from their popular album of the same name on YouTube:

Technophobia, comprised of Steve and Katie Petix, put together a benefit concert headlined by Xeno and Oaklander for Saturday through their nonprofit record label Working Order Records to benefit House of Ruth. In addition to the two bands, Technophobia recruited Philadelphia’s Void Vision and Ships in the Night to round out the bill. So, while this is certainly “a night of dark electronic music,” it’s also a night of really good bands that make great synthpop with majestic melodies and alluring atmospherics.

For the past 41 years, House of Ruth has helped women, children and families in the greatest need and with very limited resources build safe, stable and independent lives.