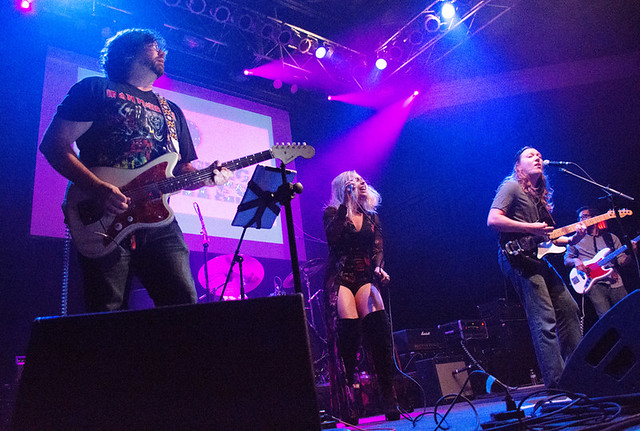 The 9:30 Club transformed Saturday into a showcase for some of the finest local bands DC has to offer. The brainchild of local DJ and musician Brian Nelson-Palmer, the first annual (one hopes) DC Music Rocks Festival presented five bands, each with distinct musical pedigrees. 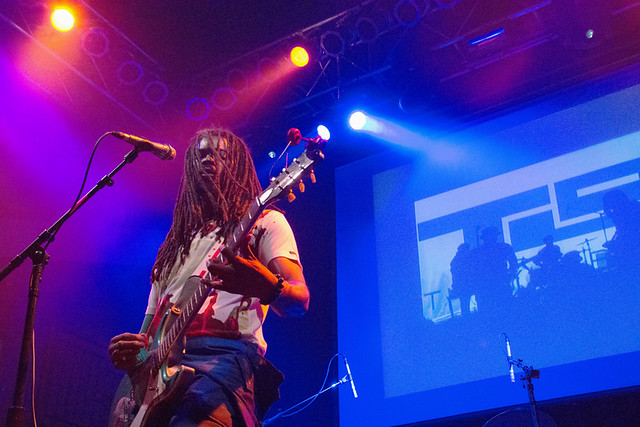 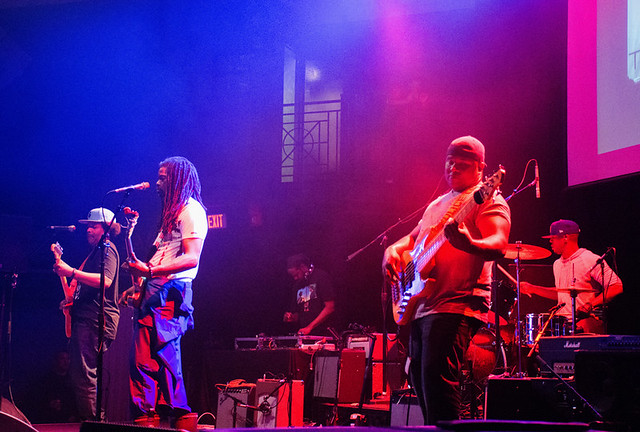 Thaylobleu hit the stage at precisely 8:00, opening the show with a bang. Their “classic rock sound with a punk aroma” brings to mind such DC influences as Bad Brains and Fugazi. This night the band was on fire, performing songs from its new release “Oscars and Jellyfish,” carrying on a grunge punk tradition. 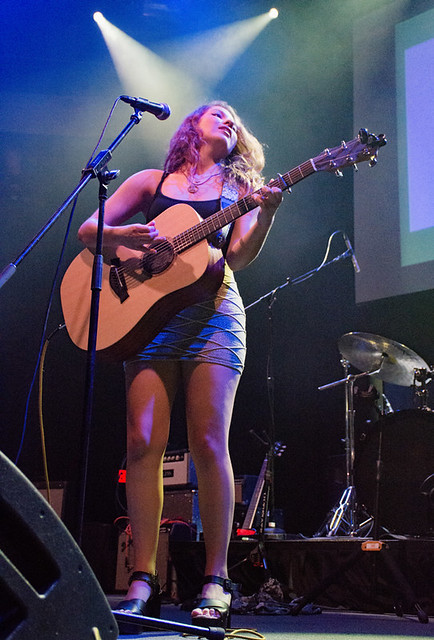 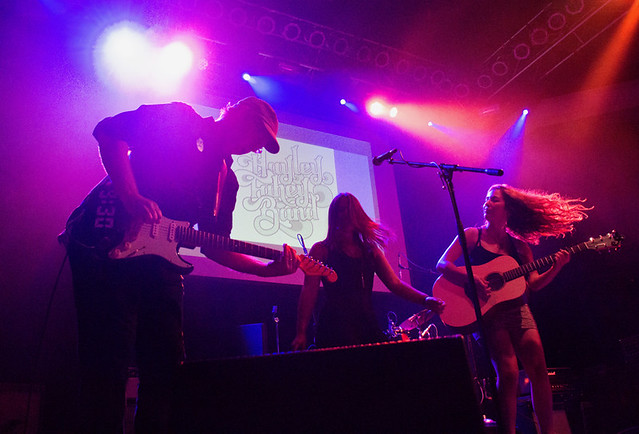 The Hayley Fahey Band then took the stage and proceeded to turn in a high energy, pop influenced set that featured Ms. Fahey’s excellently crafted tunes with her powerful and expressive voice. Having seen her perform recently in a more subdued acoustic setting, this listener was blown away by her tight, focused band. Sounding like a slightly less bluesy Bonnie Raitt, the Haley Fahey Band quickly reminded us of the musical diversity in the DC region. 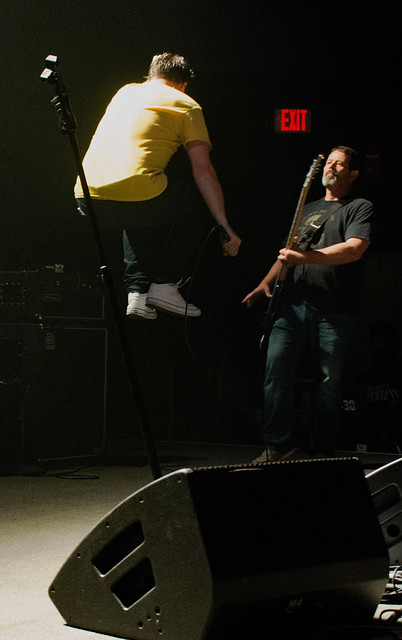 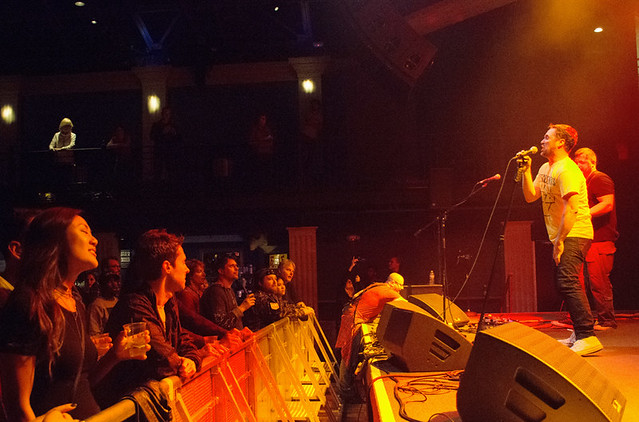 The third band Stone Driver then blasted out of the gates with its straight-ahead rock n’ roll. This four piece band counts Led Zeppelin, Pearl Jam, and The Who among its many influences. Indeed, I heard Metallica in the mix as well. Founded in October 2007, the band has produced two albums of well-crafted rock — “Descent” from 2015 and last year’s “Rocks.” 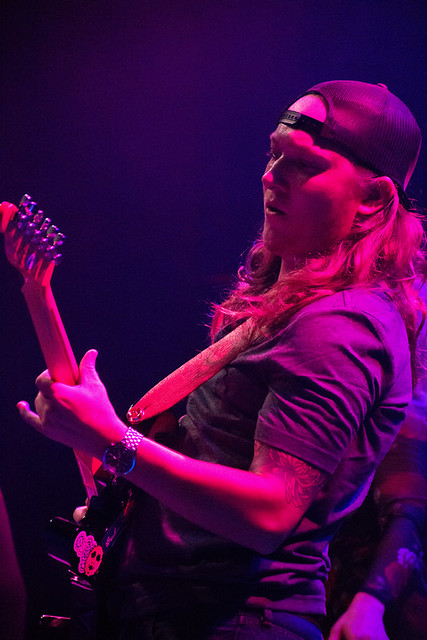 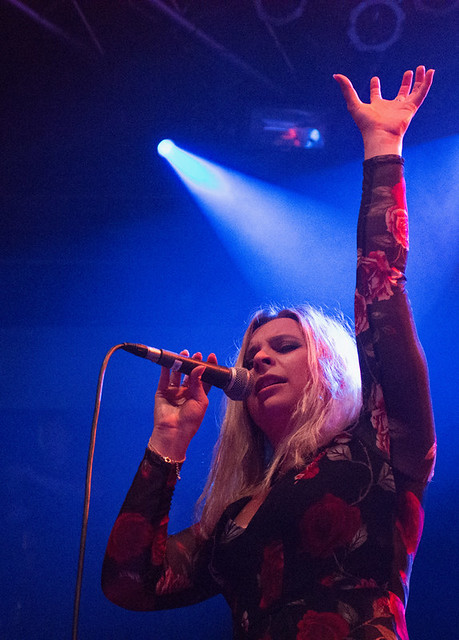 Throwing Plates picked up the torch next. The evening took another musical left turn as the band’s dance-happy, funky rock reminiscent of the Grateful Dead and Little Feat got the crowd bopping along. 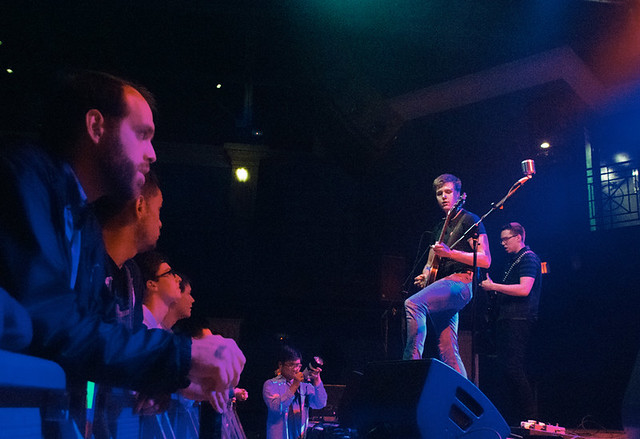 The Split Seconds ended the evening as we started — on a high energy note. With their punk attitude and sound, the Split Seconds delivered a set consisting largely of three-minute blasts of sonic power in the tradition of Green Day and the Ramones. But lest you think they were ignoring their elders, they even threw in a Beatles cover, “You Can’t Do That” — updated, of course, for the 21st Century.

There is a long musical lineage alive and well in DC, and it was clearly on display at DC Music Rocks Festival. Nelson-Palmer is doing his best to keep that tradition alive. The mission of DC Music Rocks is to provide a resource where music fans can keep up with the extraordinary musical talent in the DC region. The DC Artist Database features over 300 active bands of all genres (including those that performed on Saturday). A Local Music Calendar gathers artists’ schedules all in one place and a live FM radio show and podcast give aficionados a taste of the region’s musical offerings. And we hope to see this festival again next year!

DC Music Rocks is a wonderful community resource. For much more, simply go to http://www.dcmusicrocks.com. 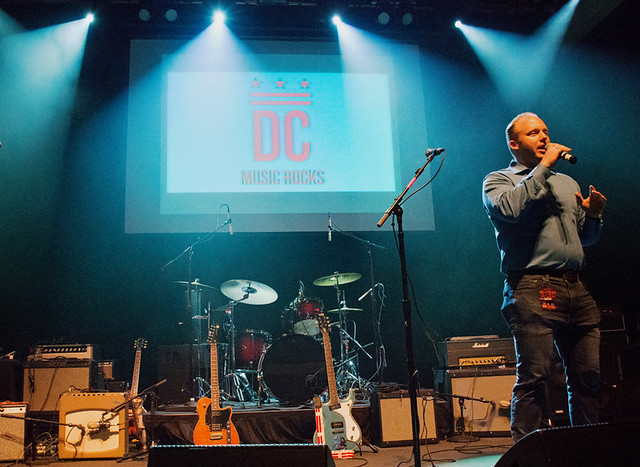