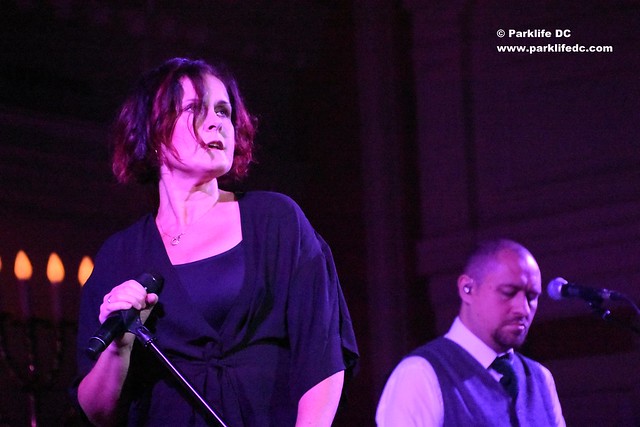 Alison sounded sensational. Her wonderfully crisp voice seduced listeners, whether she was singing a great tune or telling a personal story. And the new material proved truly worthy of her.

While the moving yet punny “The English U” capped off the first third of her set, Alison opened with the stellar “I Germinate,” a fully conceived declaration of arrival that grabbed attention with orchestral synths and a noir cadence. The allegory of the song finds the singer growing and winding like a plant but its sound is fully satisfying for admirers seeking an expansive and appropriate tone from a performer that we came to love in the ’80s.

And speaking of the ’80s, before I go any further, yes, Alison performs songs from Yaz (Yazoo in her native England), her formidable new wave collaboration with Vince Clarke. Altogether, she performed a healthy set of 24 songs, and five of those were Yaz compositions.

Alison sang “Only You” and “Nobody’s Diary” early in the set, “Bring Your Love Down (Didn’t I)” (a pleasant surprise!) and “Don’t Go” later in the set, and “Situation” in the encore. Everyone broke into excited smiles when Alison’s band played the opening notes of “Only You,” and the very crowded synagogue gave her a partial standing ovation after the synthpop stunner. When Alison sings Yaz, you would swear she has stepped fresh from 1982.

Full accolades also to John Garden and Sean McGhee, who capably support Alison on synthesizers. The gentlemen are very talented and catch every note on each song with grace. (Perhaps just as importantly, they are well dressed, a must for a first-rate synthpop band, no?)

As wonderful as it is to hear “Only You,” “Nobody’s Diary” seems more intimate, more Alison. Both of those songs and “Don’t Go” were Top 5 hits in England, and DC knew every word to them. Collectively, the Yaz songs in particular inspired the audience to break out into the aisles and dance, and the encore capper “Situation” ended the show on a fantastic high note as everyone threw themselves to their feet in the sheer joy of hearing an old favorite live.

The setlist for The Other Tour also featured songs from across Alison’s previous eight solo albums. Standout selections included the striking “Changeling” from 2013’s The Minutes and “Is This Love?” from 1986’s Raindancing. “Changeling” was a powerful live song as it gave Alison turns at going to a bluesy low and a trebly high in dramatic sweeps; “Is This Love?”, a soaring classic pop song on record, became a sultry slow burner live — the sort of song that Alison always appeared to especially relish.

Alison Moyet resumes touring tomorrow, Sept. 15, at Irving Plaza in New York City. She’s in North America for a scant additional eight dates, traveling across the United States to wrap in Los Angeles on Sept. 27. You will thoroughly savor every slow song and rapturously dance to every upbeat number, but mostly you’ll warmly welcome an old friend, albeit an old friend with more worldly charm and poise than most others. Don’t miss this tour!

Here are some pictures of Alison Moyet performing at Sixth and I in DC on Sept. 11, 2017. 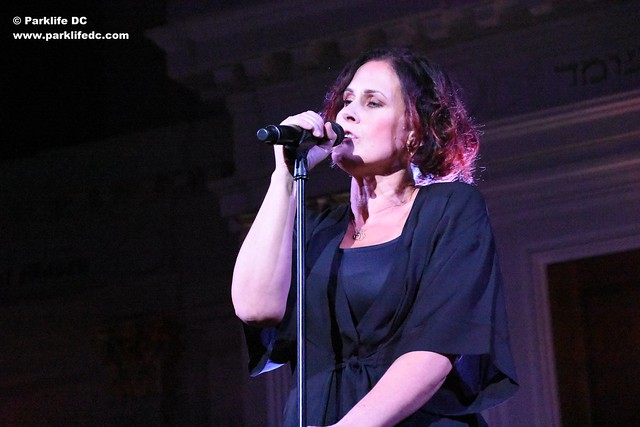 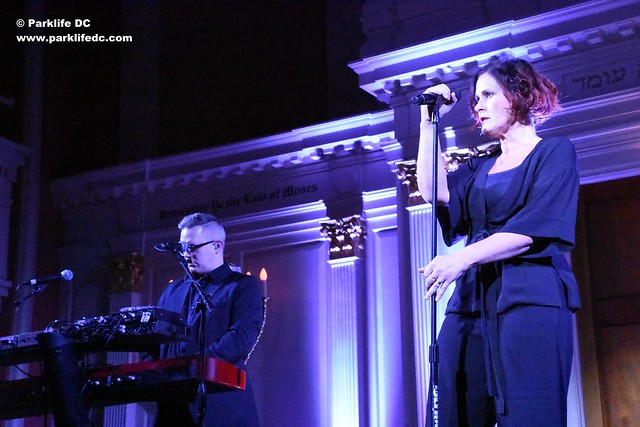 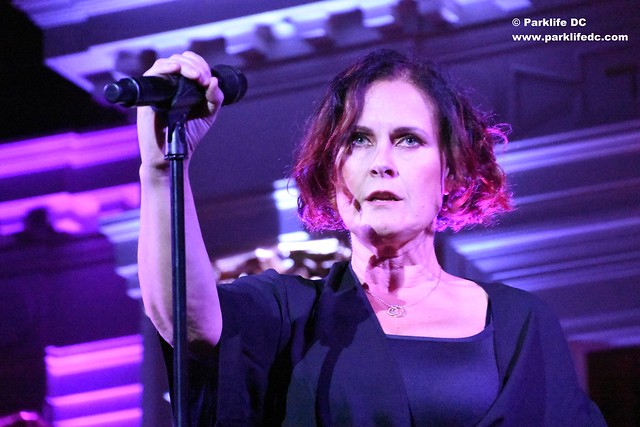 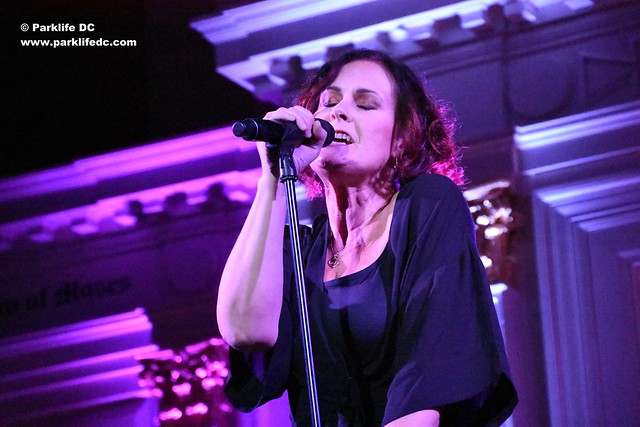 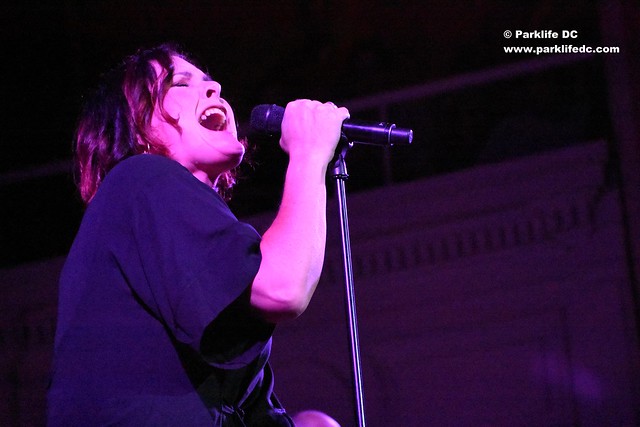 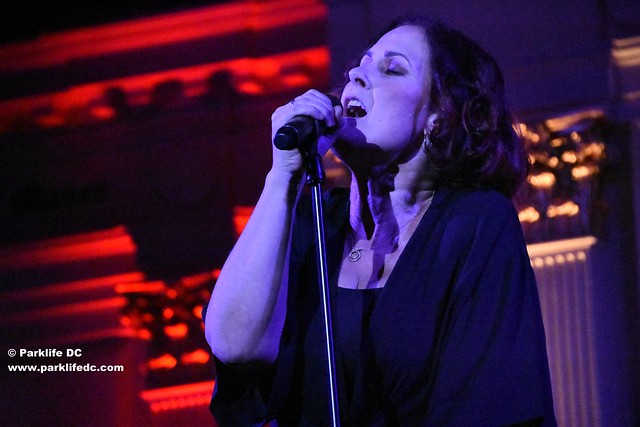 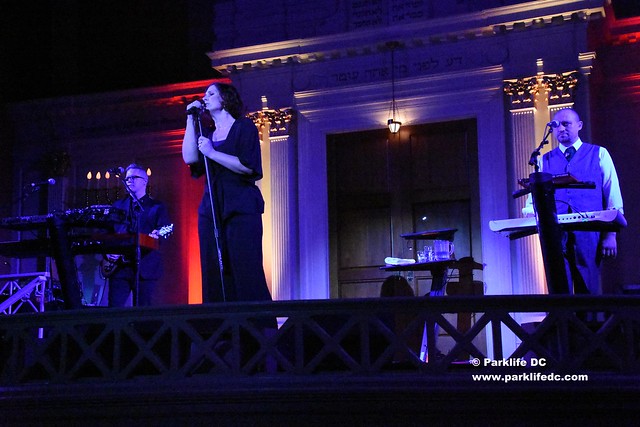 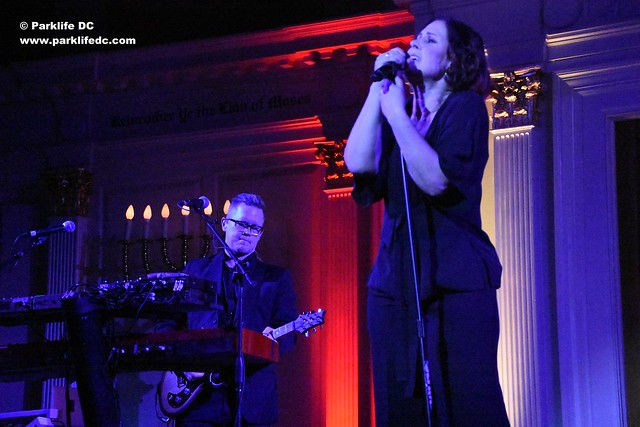 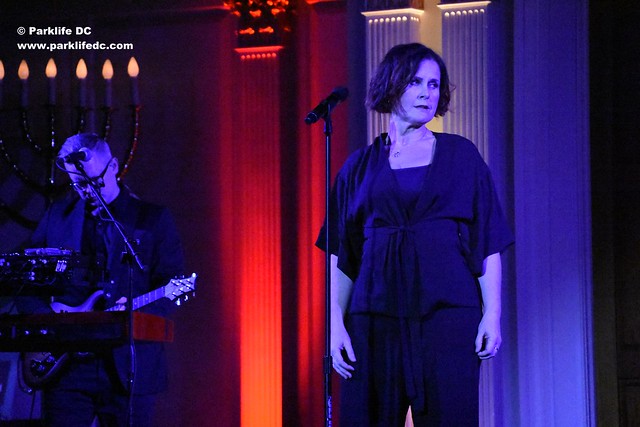 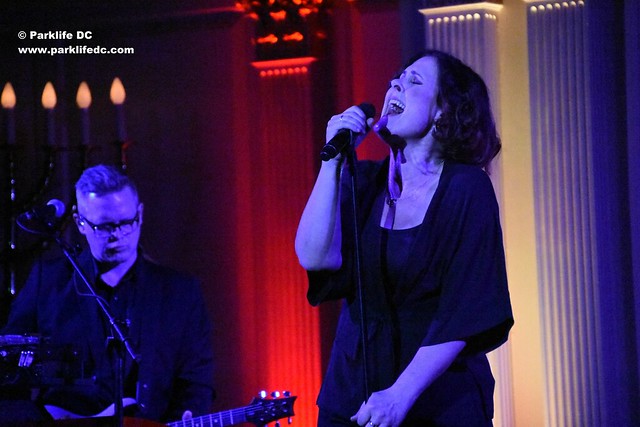 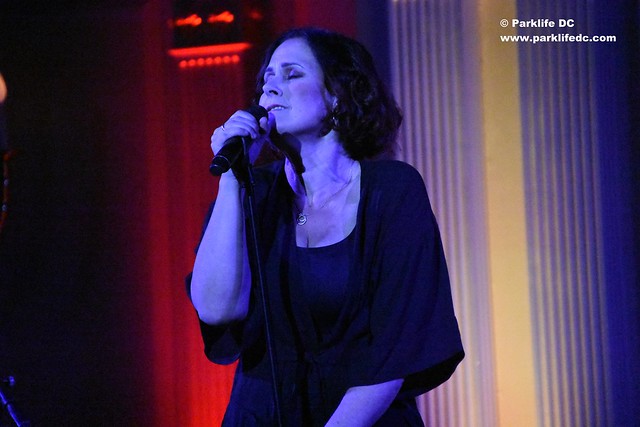