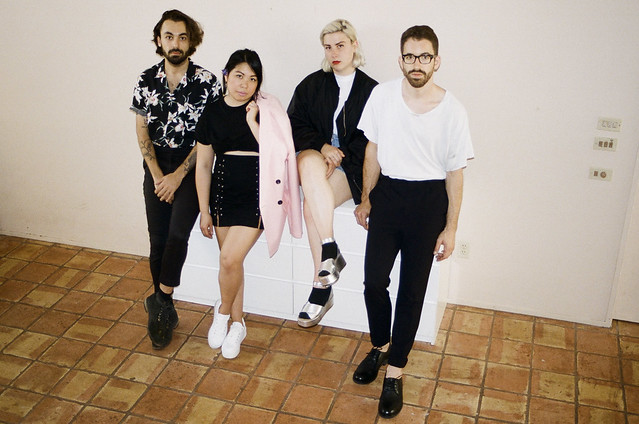 The Belle Game released Fear/Nothing, their sophomore album, on Sept. 8 via Arts & Crafts, and the Vancouver band are touring as openers for fellow Canadians Broken Social Scene. The tour stops at 9:30 Club for two nights on Tuesday, Sept. 19, and Wednesday, Sept. 20. The first night sold out, but tickets remain for the second night of two strong rock bands.

Discussing the inspirations for the new album, The Belle Game, fronted by vocalist Andrea Lo, said, “Fear/Nothing celebrates the bond between our best and worst. What we hate most in ourselves, our unchangeable aspects versus who we hope to be, and who we really are. It’s about numbness, exhaustion, tenacity, hope, and fear. It’s a noisy basement, the places that gather light and the places that gather dark. A collection of shame and stillness. Guitars, keys, drums, vocals. It’s our personal dare to fear nothing and whatever you hear too.”

Watch the official music video for “Yuh” by The Belle Game on YouTube:

Broken Social Dream’s Kevin drew served as executive producer of Fear/Nothing, which combines ethereal pop inspired by the likes of the Cocteau Twins with energetic vocals akin to Yeah Yeah Yeahs. The Belle Game’s 2013 debut album, Ritual Tradition Habit, won critical praise from the likes of Pitchfork and Rolling Stone while Paste Magazine hailed the group as one of the “10 Great New Bands of CMJ” upon seeing them at the music festival.

The first night on Sept. 19 is sold out. Buy your tickets for Wednesday, Sept. 20 online!