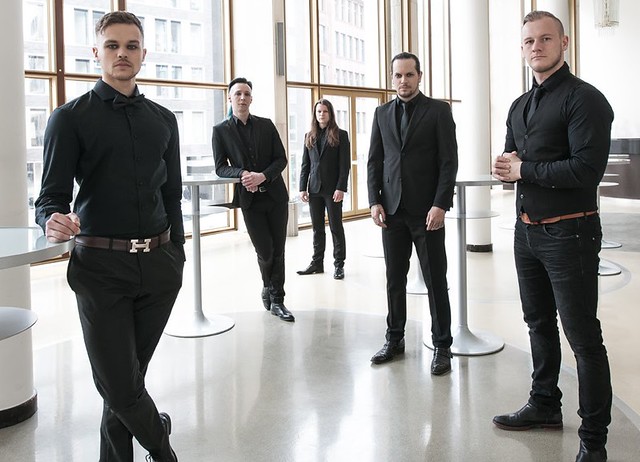 Sept. 25 Update: Sadly, Lord of the Lost announced today that they experienced overwhelming difficulties in obtaining US visas for the tour, so they have canceled.

Dark metal group Lord of the Lost will release Swan Songs II, a new album of 10 songs, via Napalm Records on Oct. 6. The band will be on tour leading up to the release of the album with a show opening for legendary German industrial collective KMFDM on Thursday, Oct. 5, at the State Theatre in Falls Church, Virginia. (Read our Parklife DC preview of KMFDM.)

Lord of the Lost have covered a lot of ground through dark rock since being founded in Hamburg roughly a decade ago. Vocalist Chris Harms, who alternates between melodious singing and death growls and wild screams, fronts Lord of the Lost, which mixes catchy ballads with harsh metalcore and symphonic, industrial metal and heavy rock.

Swan Songs II will be a second “ensemble” album for the band. Watch the official music video for “Lighthouse” by Lord of the Lost on YouTube:

Lord of the Lost previously released Empyrean via Out of Line Records in Europe to critical acclaim, and then followed it up with the acoustic album Swan Songs in 2015. Swan Songs II is the band’s first outing with Napalm Records, which signed them earlier this year.