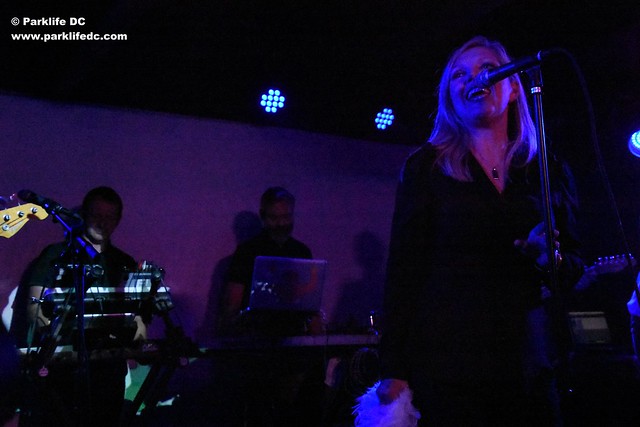 The lovely Sarah Cracknell took to the very crowded stage at U Street Music Hall to coo gentle reproaches and remembrances to a respectfully full house last week, rekindling our romance with the sublime UK synthpop trio Saint Etienne.

Sarah was joined of course by the cracking synthesists Bob Stanley and Pete Wiggs but also two guitarists, a bassist, a drummer, and a backing singer, which all sounded very good but overwhelmed the tiny stage at U Street Music Hall on Sept. 27. Saint Etienne arrived to tour the United States in honor of Home Counties, their ninth studio album, in June via Heavenly Recordings.

Home Counties gently builds upon the Saint Etienne mythos with 19 (!) softly nostalgic songs of heart and hearth. For instance, “Magpie Eyes,” the first single from the new album, soothingly echoed feelings of regret as the narrator wistfully recalled missing time with family due to being engrossed in other concerns. Sarah shimmied and gave lush voice to the lyrics as she swayed before her microphone.

Behind her, Bob and Pete focused on their electronic kits, beaming gentle grooves of delightfully full melodies into our ears. The two really shined in my opinion on numbers from their excellent last album, Words and Music by Saint Etienne, which last brought them to U Street Music Hall in 2012. The wondrous songs of that terrific eighth studio album are lightly kissed by italo disco beats and mature Europop sensibilities while also advancing the Saint Etienne narrative of home, nostalgia, and the identity that results from the two.

After “Magpie Eyes,” Saint Etienne performed “I’ve Got Your Music,” which is a great dance song. Sarah reached out to the audience with a signature feather boa from the stage, and collectively we slid our feet into a sunny disco cabaret.

Lest you think this was a show that dwelt only on the band’s recent output, Saint Etienne soon took us all the way back to the beginning of their career with a welcome rendition of “Only Love Can Break Your Heart,” the Neil Young cover that characterized their 1990 debut album Foxbase Alpha. The performance captured all the glory of Saint Etienne as waltz-cum-disco, combining a personality of an older music with the practicality of current dance. Sarah also sang a hearty “Nothing Can Stop Us” from that first album.

In another show highlight, Saint Etienne turned the clock to the end of the 20th Century, when perhaps they were at the height of their commercial power with “Sylvie” from fan-favorite album Good Humor. Admirers in U Street Music Hall gave a burst of applause upon recognizing the opening notes of what is essentially synthpop’s answer to Dolly Parton’s “Jolene.” All said, the band really came together well for the number, turning its refrain of “Over and over and over and over again” into a dancefloor call to action.

In the encore, Saint Etienne returned us to the pleasures of their latest album with “Train Drivers in Eyeliner,” a whimsical number that imagines listening to favorite songs while dealing with the mundane. The band closed the entire show with “He’s on the Phone” from 1994’s Tiger Bay.

Saint Etienne have four more dates in the United States before wrapping up an all-too-short tour.

Treat yourself to a wonderful time with a show by Saint Etienne while they are here on a rare visit. You’ll dance with both your body and your mind to the band’s sophisticated blend of dance beats for adults.

Here are some pictures of Saint Etienne performing at U Street Music Hall on Sept. 27, 2017. (Let’s hope we see them perhaps at The Hamilton or someplace with a more expansive stage should they return to tour their 10th album.) 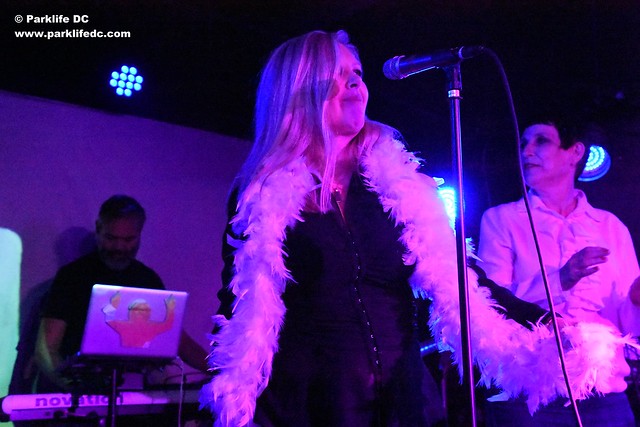 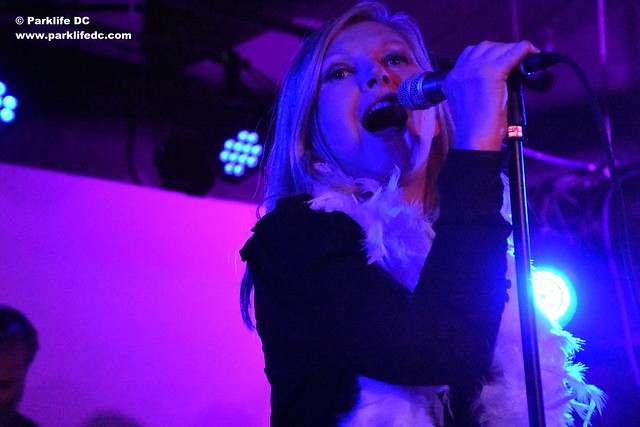 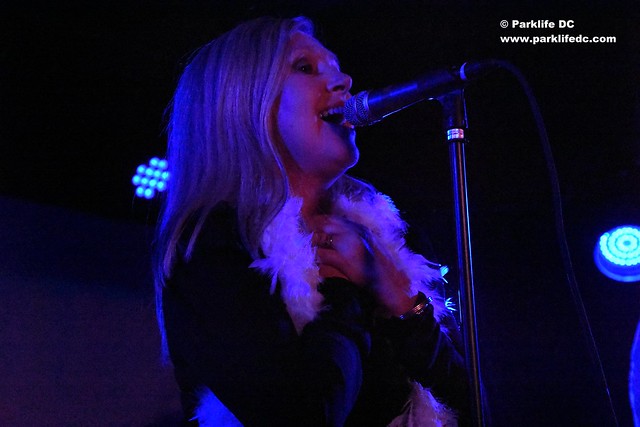 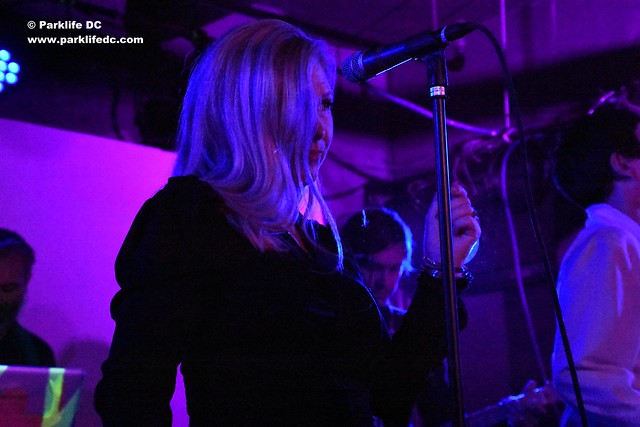 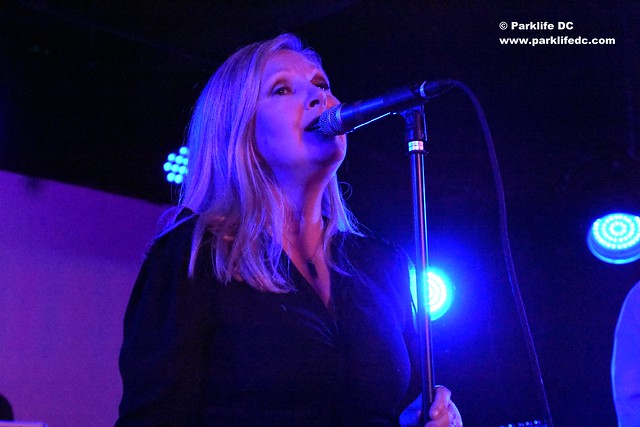 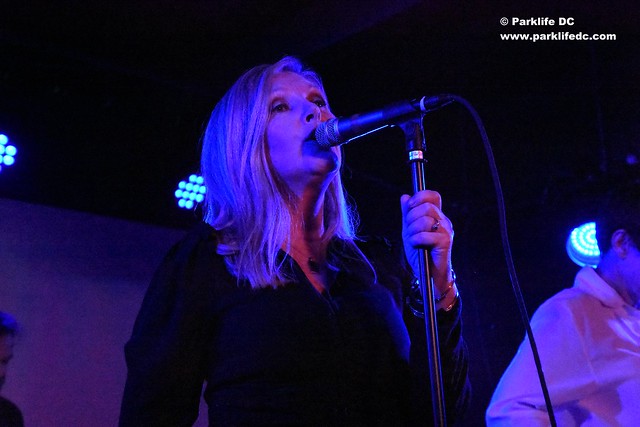 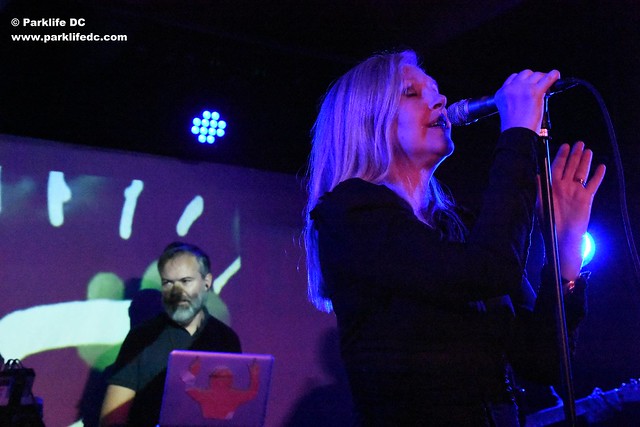 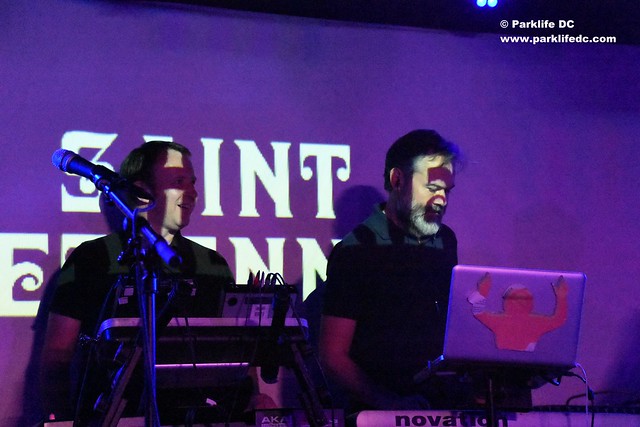 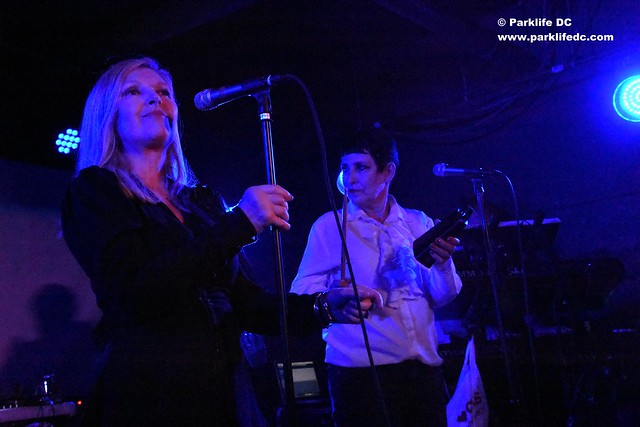 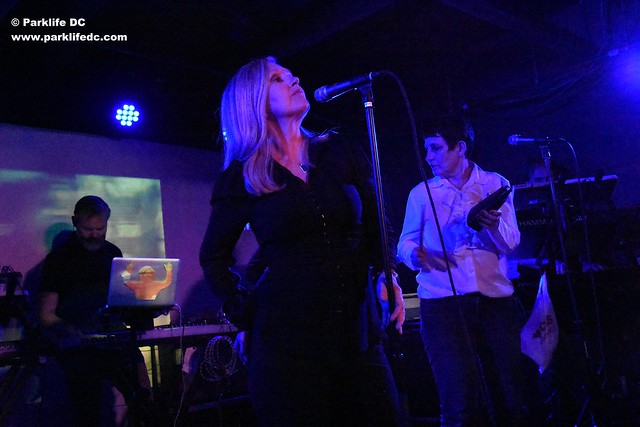 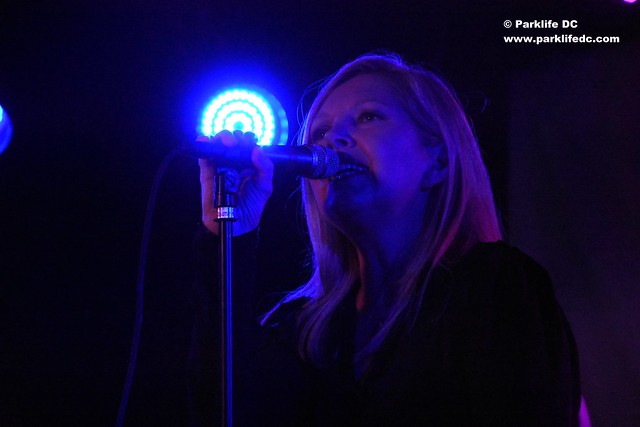 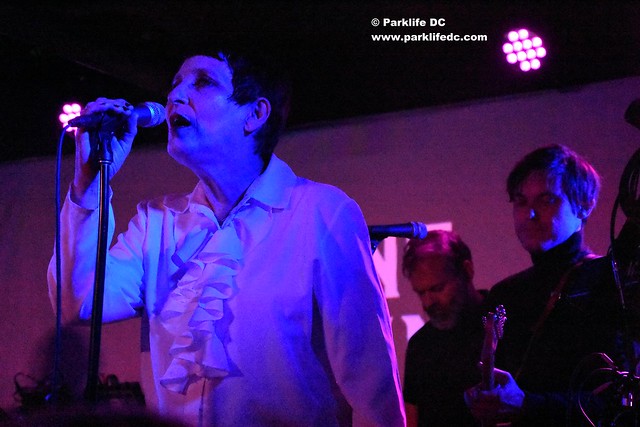 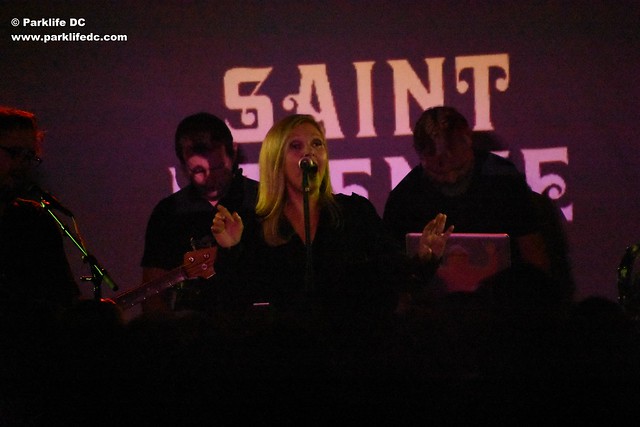