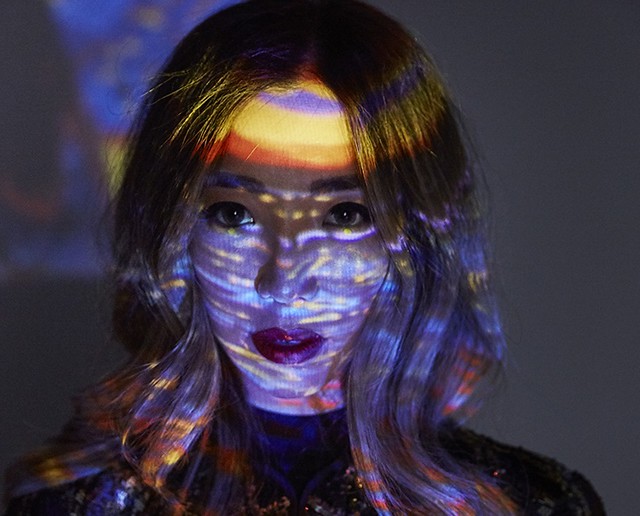 Recently we traveled to DC gem U Street Music Hall, where we heard Jennifer Lee, better known as Tokimonsta, bless our eardrums with harmonic bass-driven sounds! Her debut album, Midnight Menu was a hit and seven years later, she’s still at it.

The young star has been climbing the ranks over the past several years and is one of the more prominent female artists in the electronic dance scene. On Oct. 14, U Street Music Hall was packed with hundreds of attendees awaiting the appearance from one of Los Angeles’s musical exports. The sold-out show started when the electro house honcho stepped onto stage accompanied by a deafening roar.

Tokimonsta gave us a gradual buildup of energy as we listened to her soft or gentle tunes. The sounds were soothing and filling the air with nonstop melodies after melodies. This locked the crowd into a calm Zen like state and helped serve as the tone for the atmosphere until… SHE. DROPPED. THE. BASS!!

Starting out with some catchy originals, old remixes and even the smash Korean hit “It G Ma,” Tokimonsta delivered track after track filled with solid bass-heavy songs that would catapult this performance to the next level. The show was mesmerizing as the whole venue jumped in unison to the beats that were throbbing through the speakers.

On Oct. 6, Tokimonsta dropped Lune Rouge, her third full-length album, via Young Art Records. Tokimonsta truly came roaring back with the new album — not only because it features dance floor bangers like “Don’t Call Me” feat. Yuna and “We Love” feat. MNDR but also because it marked her return to action after beating Moyamoya disease.

Watch the official music video for “Don’t Call Me” by Tokimonsta featuring Yuna on YouTube:

Overall, I am thoroughly impressed — and excited for what the future has in store for Tokimonsta! Her creativity and ability to hypnotize a crowd are admirable for any electronic music fan. One of the most stylish American producers, male or female, Tokimonsta did not disappoint with a high-energy show. She only has a handful of dates scheduled at the moment, but get out there and dance the night away when she visits a club near you soon.