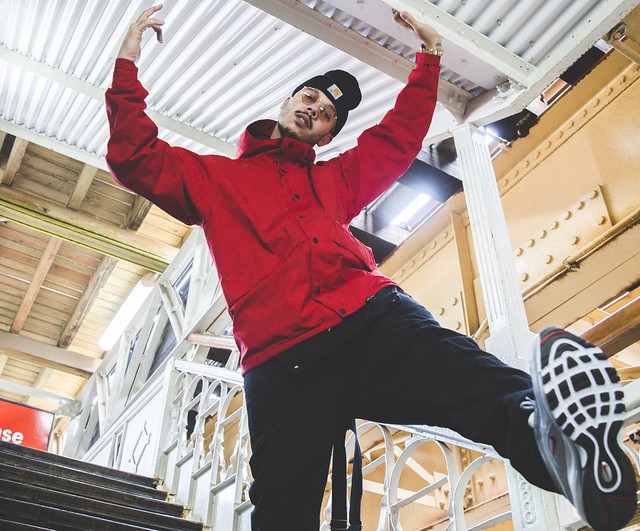 TRAP ARMS UP! YehMe2 played a high-intensity trap tracks that mesmerized his audience, which proceeded to stop, mosh, and scream through his performance at U Street Music Hall last week. His sound was filled with several new remixes of current and old popular tracks that lifted the feet of everyone in the building!

We started the night young with several local acts opening for the former Flosstradamus frontman! We heard several bass crunching acts including Don DC Campbell before hearing Josh Young, better known as YehMe2, in performance. Over the summer, YehMe2 hit our ears with Steal This Mix Tape 2, and he visited U Street Music Hall on Oct. 16 during his Steal This Tour.

YehMe2 already was having a strong summer with his remixes of singles like “Looking for a Star” by XXXTentacion and Diplo and “Stay Awake” by Anna Lunoe and Sleepy Tom. But he really got attention last month with his remix of the classic Justin Timberlake tune “Like I Love You.” He put trap fingerprints all over that pop classic! Listen to the results on Soundcloud:

At U Hall, YehMe2 would keep up the intensity for the crowd as he threw water, started aggressive chants, and ultimately *jumped* into the crowd off stage! The energy YehMe2 brought was contagious, and everyone was catching a musical fever.

This show wasn’t as packed as I would’ve expected it to be, but the performance was more intimate and ferocious as a result! Since he departed Flosstradamus about a year ago, YehMe2 has been able to showcase his sound and style 100% as he feels — and we could all feel that!

YehMe2 is still on tour so get out there and hear it for yourself. As he continues to establish his new identity, Josh will get more and more attention as YehMe2 as he continues to heat up the club. See you on the dancefloor!