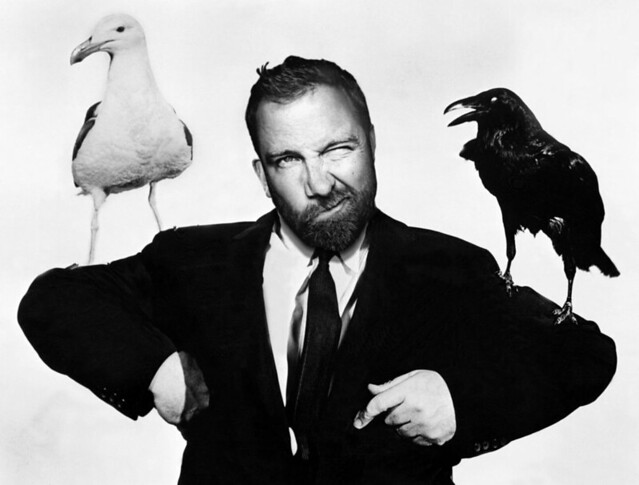 Not too long ago, I was pleased to have been graced with some of the boldest sounds of house. Dirtybird, the illustrious house music label, has been around for almost 20 years, holstering 60 artists. Last month, they blessed us with a tag team set from five of their stars, including Ardalan, Walker & Royce, Justin Martin, Shiba San, and their founder Claude VonStroke. The crowd was anxious to see this jam packed session of  music at Echostage.

On Nov. 4, Ardalan got the night started by playing a few of his most notable remixes and tracks. He was then followed up with a stellar performance by Walker & Royce. The two kept the crowd in a dancing frenzy that nobody wanted to end. A crowd favorite moment in the set was when they played their hit track “Take me to your Leader.” It was an amazing start to the show, and we aren’t even halfway through the night! These two acts were hard to follow, and the crowd as a whole felt the same.

Well, people maybe forgot what show they were attending, as it was only going to get better.

Next up was one of the founding fathers of DirtyBird — San Francisco native Justin Martin. He was instrumental in Dirtybird’s rise, and his sounds were fantastic as he sent us into a whirlwind. He played several of his hits from “Don’t Go” to his remixed tracks “Just Go.” It was an amazing set that made us feel as if we weren’t going to have kneecaps at the end of the show from the consistent dancing. It was a spectacle seeing him perform.

We were moving up and down for this next performer as Shiba San stepped up to the decks and set free! He didn’t miss a beat as he brought the intensity and the some. His hip-hop beginnings show in his hard bass kicks, and he shows his age with timeless sampled tracks alongside his own original hits. His most notable hit to date, “Okay,” set its place in the hearts of everyone that heard it. Shiba San played some of his hottest remixes and even finished his set off with an amazing scratch session to his smash single. It was even another astonishing performance–and I was in awe!

Last, but certainly not least, was Barclay Crenshaw better known as Claude VonStroke! The Cleveland native took over center stage and dropped his favorites, classics, and top-notch remixes. This was another great addition to the show as every act was more and more impressive. VonStroke played a set that made all DJs take out their cell phones for a chance to catch some of these remixes that were being spun… I know because I was for sure!

The crowd was in love with the performance and for the right reasons. The Dirtybird Players gave Echostage and the Nation’s Capital a show worth more than its ticket price. Amazing time with legendary artists from an iconic house label, I can’t wait to see who comes with them to DC next time!

Until Next time guys,

See you on the dancefloor