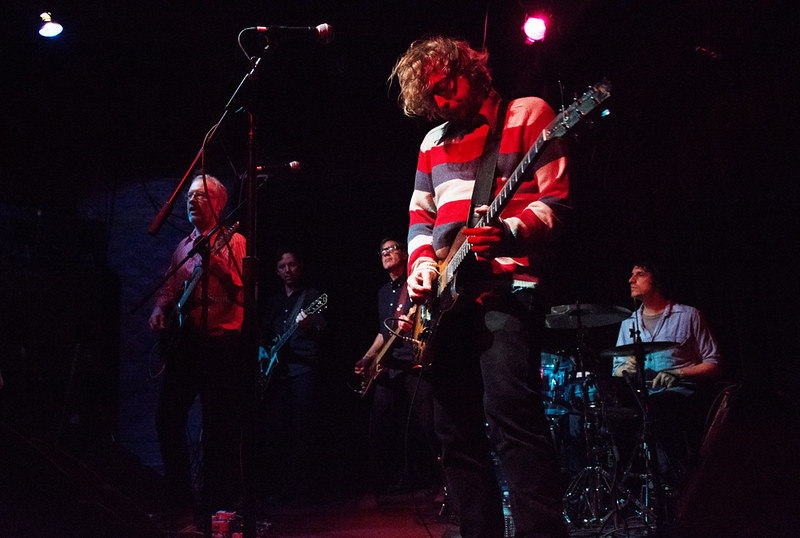 I can safely say that all the concerts I attended in 2017 exceeded my expectations, but of course I say that about all live music. I was fortunate to photograph over 80 shows in 2017, from artists both well known to those just starting out. I’m truly inspired watching these talented musicians and their courage in getting up on a stage to lay their souls bare. Or as the L.A. Times’ David Ackert so eloquently put it, “…musicians and singers are willing to give their entire lives to a moment — to that melody, that lyric, that chord, or that interpretation that will stir the audience’s soul.” So, here’s a huge thank you to the artists who graciously allowed me to document their performances, and in the process, touched my soul. I can’t thank you all enough! 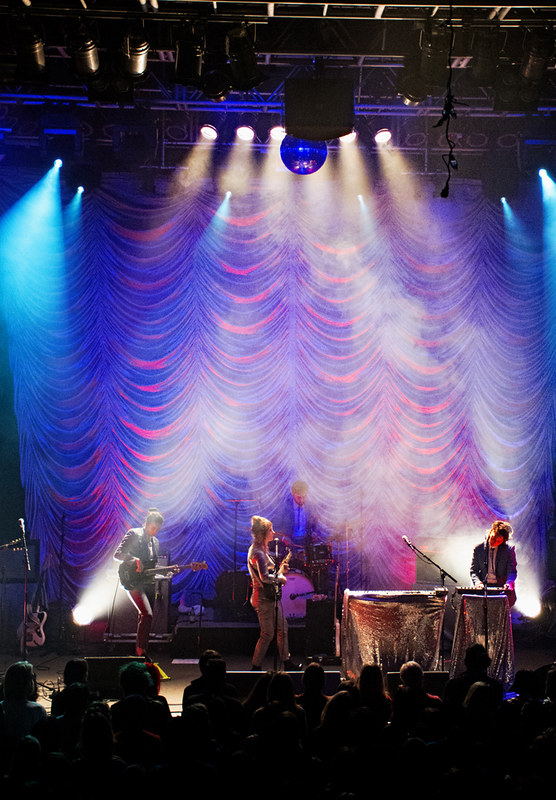 Angel Olsen brought her extraordinary voice and songs to a sold-out, two-night stand at DC’s 9:30 Club. Backed by her smoking hot, five-piece touring band, she ran through a scorching 15-song set. Her riveting, and at times angry, performance summed up how cathartic 2017 has been for so many of us. For Ms. Olsen, it meant the end of an exhaustive, and exhausting, tour in support of her 2016 release, My Woman, and an upcoming two-month break before she heads to Australia in support of her November 2017 release, Phases. Angel can be found on all the social media places but you can start at https://angelolsen.com. 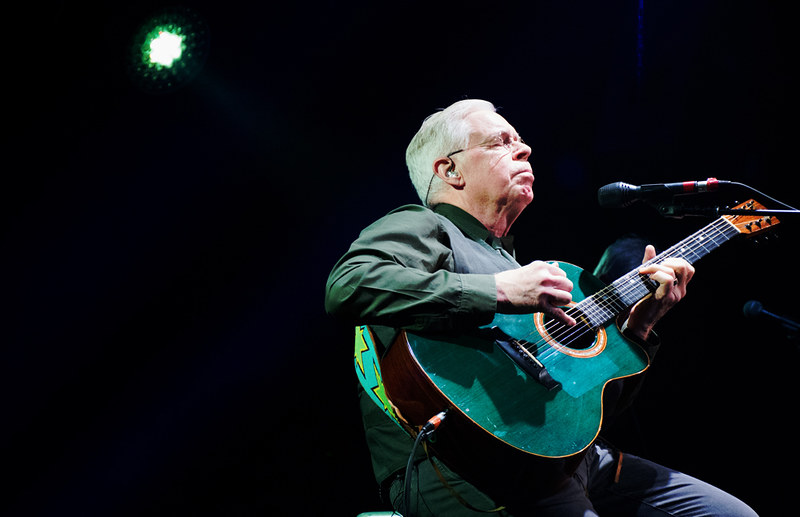 Bruce Cockburn performs at The Birchmere on Nov. 14, 2017. (Photo by Mark Caicedo)

Fresh from being honored at the Canadian Songwriters Hall of Fame (CSHF) and the release of Bone on Bone (his first new studio album in nearly seven years), singer-songwriter and guitarist extraordinaire Bruce Cockburn and his band stopped in at Alexandria’s Birchmere, turning in a stunning two-hour performance. I’ve seen Bruce perform solo dozens of times but this particular tour featured longtime bandmates — percussionist Gary Craig and John Dymond on bass with relative newcomer John Aaron Cockburn (Bruce’s nephew) accompanying on accordion, violin, and electric guitar. The show afforded Bruce the opportunity to stretch out on the electric pieces while still being able to perform the quieter acoustic and instrumental songs. Find more tour dates and Bone on Bone at https://brucecockburn.com. 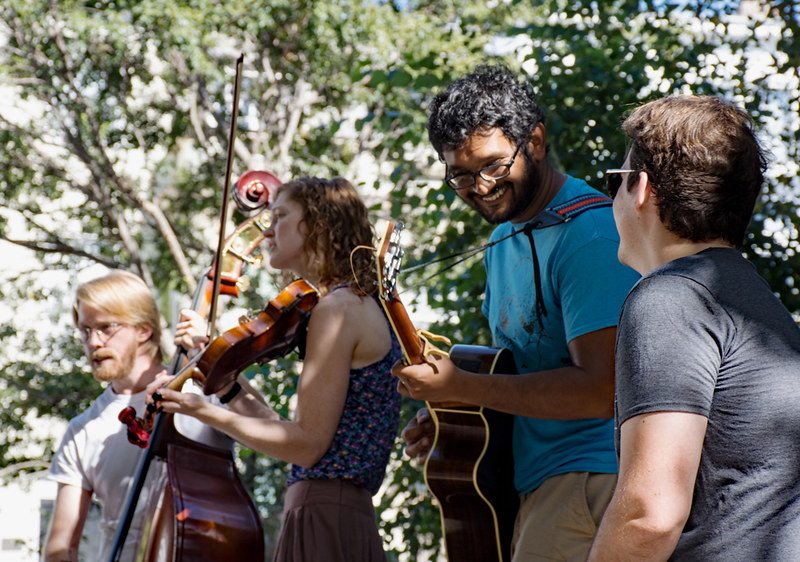 Near Northeast perform at Porchfest on Oct. 7, 2017. (Photo by Mark Caicedo)

I came across this DC-based quartet at a neighborhood music fest in 2016, and I was immediately taken by how their music draws on a wide variety of influences: Indian, Croatian, rock, and jazz. Together, Near Northeast’s members produce a musical sum far greater than their individual parts — Avy Mallik on guitar, Austin Blanton on bass, Antonio Skarica on drums, and Kelly Servick’s expressive violin and lovely vocals. For upcoming live performances, find Near Northeast on Facebook and find the new release, True Mirror here: https://nearnortheast.bandcamp.com. 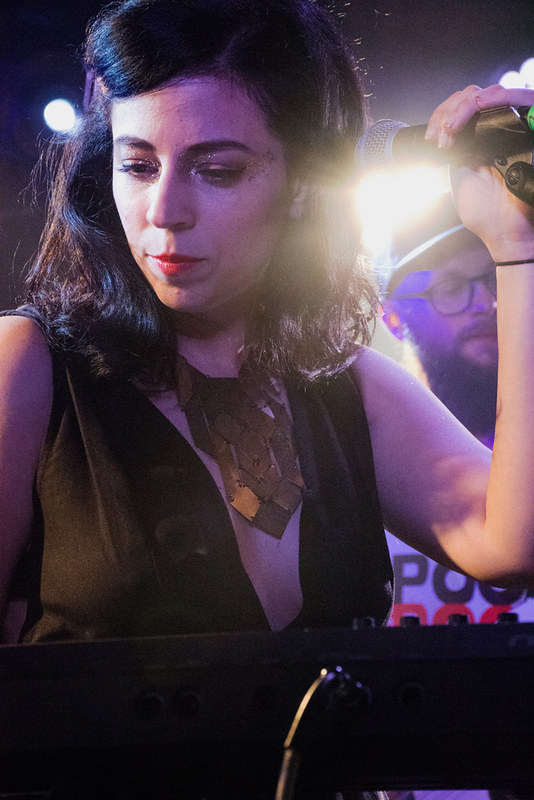 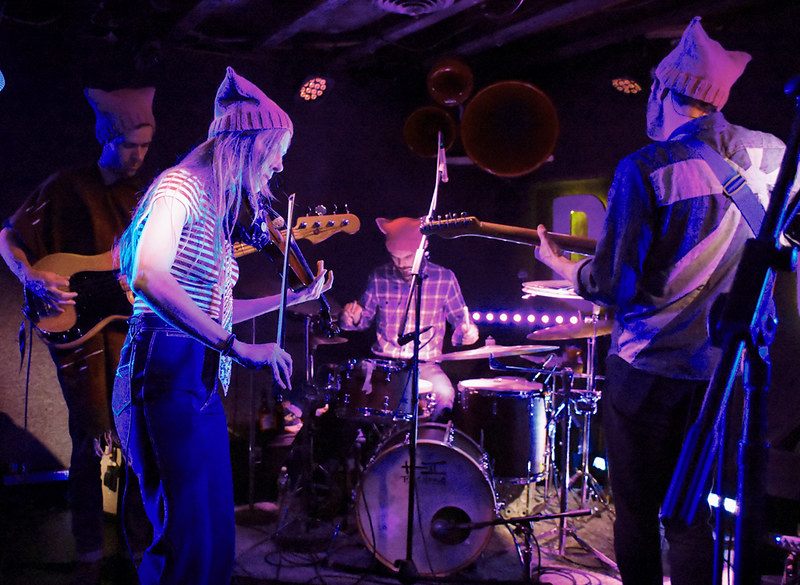 This was a night of sublime beauty. The donning of pink pussy hats by all the band members at the closing of the concert was a nod to the Women’s March barely a month prior. River Whyless doesn’t wear its politics on its sleeve, but this small act of solidarity among like-minded people affirmed our intent to resist hate with love. River Whyless’ newest release, We All the Light, can be found at https://www.riverwhyless.com. 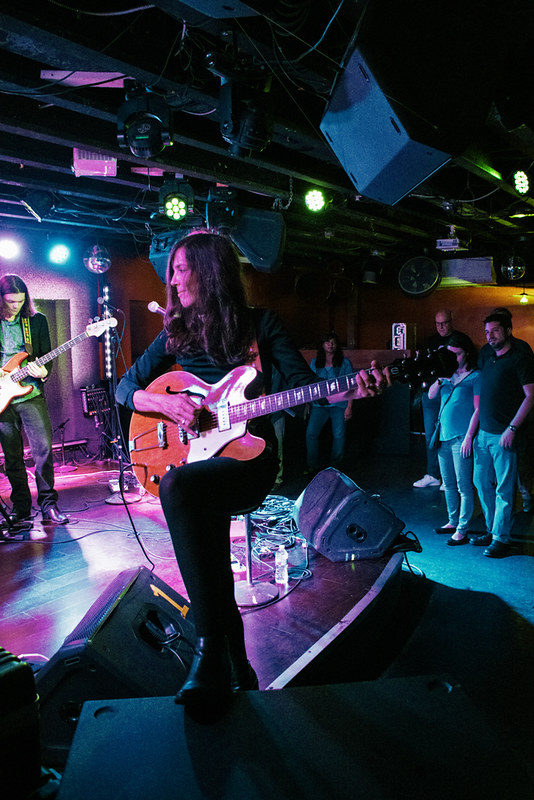 Tristen’s DC9 performance this summer was an exhilarating experience. Her ability, often with a humorous twist, to transform the pop music form (verses, repeated chorus, maybe a bridge) into a vehicle for addressing the human condition is extraordinary. Tristen has released a Christmas single benefiting Doctors Without Borders. Find it (and “Sneaker Waves”) and donate at http://www.tristen.com.

Eyelids is power pop at its finest. But lest you think this band is a nostalgia trip, its music is unique and buoyant, carrying on a tradition that stretches back through Badfinger and the Beatles to Buddy Holly. The best pop music always contains lyrical and melodic complexity hidden under an immediately accessible tune. Indeed, Eyelids self-described “sweet melodies and bummer vibes” is contained in all its songs. Look for Eyelids on tour in 2018 and find the new album, “or,” here: https://musicofeyelids.com. 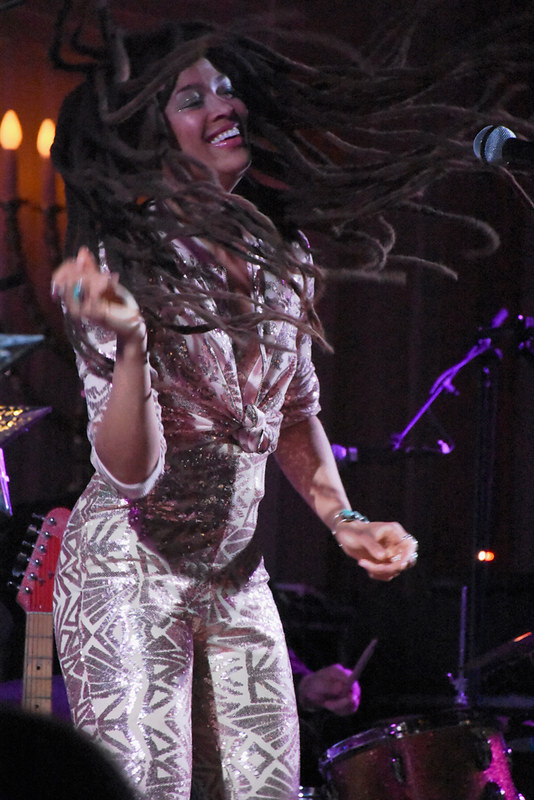 Valerie’s versatile band handled every tune in her formidable repertoire. In that extraordinary voice, I heard the influence of Billie Holiday, Diana Ross, and Mavis Staples in songs that drew from delta blues, funk, folk, gospel, Motown, and soul. Her newest recording, The Order of Time, has made practically every “best of” list for 2017. Find Valerie on Facebook or at http://www.valeriejune.com. 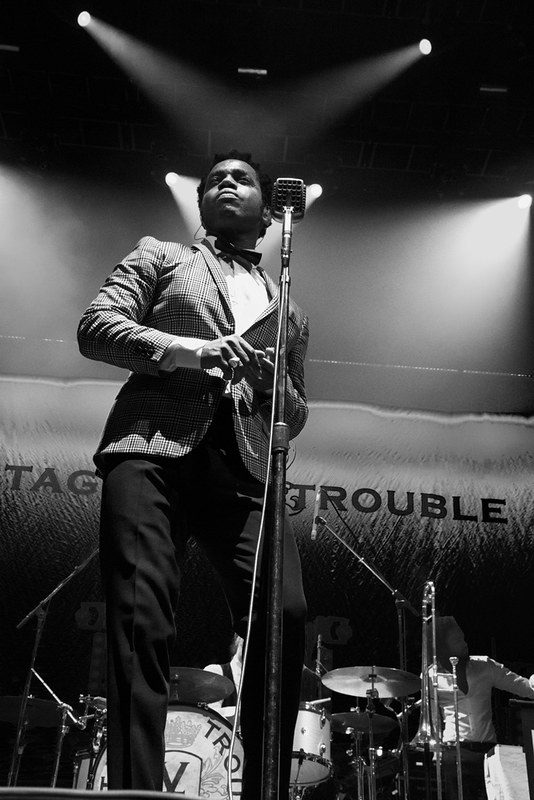 Hailing from Los Angeles, lead singer Ty Taylor and company are clearly one of the hardest working bands in the business. Once characterized as “James Brown singing lead for Led Zeppelin,” Vintage Trouble’s unique blend of blues, soul, and riff-heavy rock ‘n roll recalls music of yesteryear, but with a distinctive contemporary flair. Become a Troublemaker, buy their records, go to their shows, and visit their website at http://www.vintagetrouble.com. 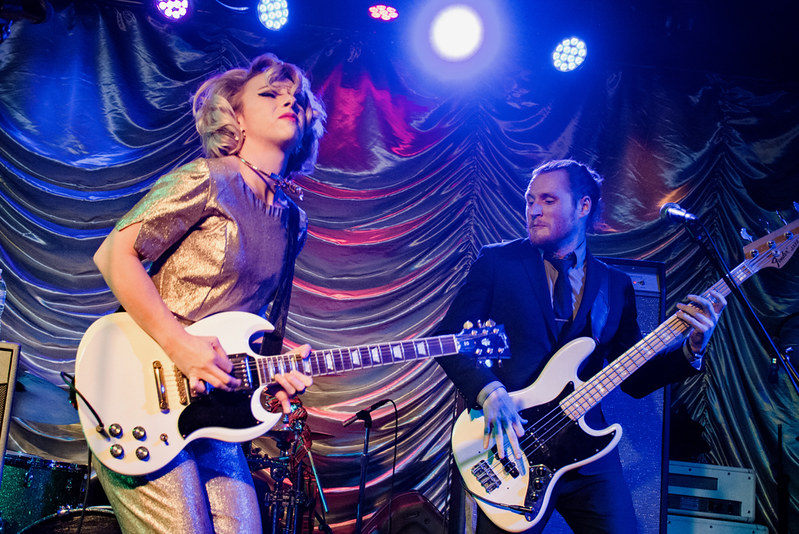 “It’s like watching Jimi Hendrix and Janis Joplin,” said another stunned concert-goer to me as we marveled at the musical force of nature that is Samantha Fish. After hearing Samantha’s vocals, the name that kept repeating in my head was that of another powerhouse rhythm and blues singer, Amy Winehouse. With Ms. Fish, though, you also get some of the hottest, and tastiest, lead guitar this side of Eric Clapton and Stevie Ray Vaughn. A lethal combination, indeed: pipes and chops! Go see this phenomenal musician play while she’s still hitting the smaller venues, because that’s not going to last much longer. Get inf on Samantha at http://www.samanthafish.com.